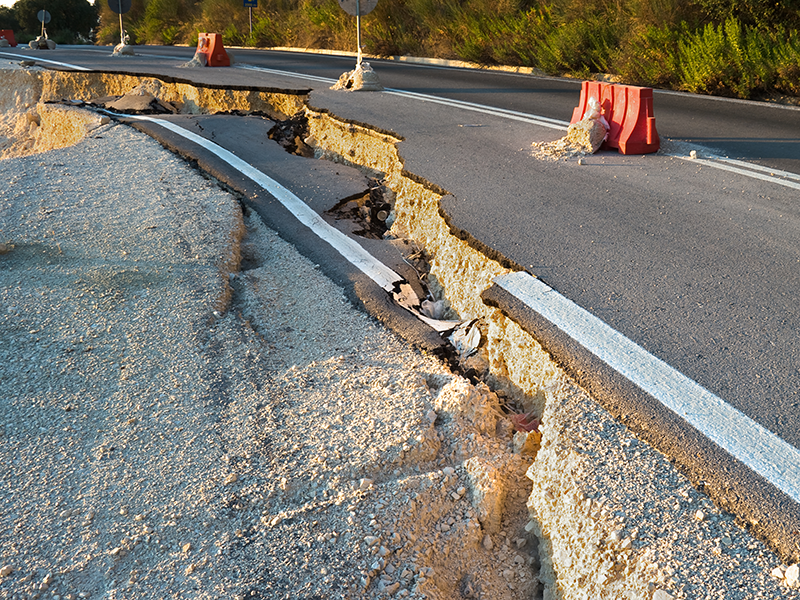 According to the Homeland Security News Wire, developing the resilience to withstand a massive earthquake along the Pacific Northwest’s Cascadia Subduction Zone is the responsibility of public agencies, private businesses, and individuals, and that work should be under way now, an OSU expert advised Congressional leaders last week in Washington, D.C.“It will take fifty years for us to prepare for this impending earthquake. The time to act is before you have the earthquake. Everybody needs to take some responsibility and start preparing now.” Earthquake preparation, or lack thereof, is not an issue unique to Oregon: Forty-two U.S. states have significant earthquake faults.

RELATED: American Red Cross: What to Do After an Earthquake

Developing the resilience to withstand a massive earthquake along the Pacific Northwest’s Cascadia Subduction Zone is the responsibility of public agencies, private businesses, and individuals, and that work should be under way now, Oregon State University’s Scott Ashford advised Congressional leaders last week in Washington, D.C.

“It will take fifty years for us to prepare for this impending earthquake,” Ashford, Kearney Professor and dean of the OSU College of Engineering, said in testimony before the U.S. House of Representatives’ Subcommittee on Economic Development, Public Buildings, and Emergency Management.

“The time to act is before you have the earthquake. Everybody needs to take some responsibility and start preparing now.”

Earthquake preparation, or lack thereof, is not an issue unique to Oregon, Ashford noted – forty-two U.S. states have significant earthquake faults. Recent research on the New Madrid Fault Line indicates the risk of earthquakes is much higher than previously thought in this major seismic zone that spans seven states, including Illinois, Indiana, Missouri, Arkansas, Kentucky, Tennessee, and Mississippi.

“In Alaska, Hawaii and California, you don’t have to convince people there is a risk of earthquakes, but we haven’t had much earthquake activity in the Midwest, so preparedness is not a top-of-mind concern for residents in this region,” said Ashford, an international expert who has studied the impact of subduction zone earthquakes in much of the Pacific Rim, including the devastating 2011 quake in Japan.

An OSU release reports that the focus of the Congressional hearing was planning and preparing for seismic hazards in the Pacific Northwest. The region is vulnerable to the threat of a mega, 9.0-magnitude earthquake, which could significantly damage roads, bridges, buildings, sewers, gas and water lines, electrical system and more across the region.

Investments in more resilient transportation networks that will be critical to rescue, relief, and recovery efforts following a natural disaster, and required for the economy to recover following an earthquake.

Partnerships with states to require seismic resilience of federally regulated utilities that transport liquid fuel through pipelines and that supply the majority of a state’s population such as in Oregon
Investments in applied research to ensure that taxpayer dollars are used most effectively as private companies, the public, and local, state and federal agencies work to improve resilience to an eventual massive earthquake.

Business and governmental leaders in Oregon have begun to prepare for a mega-quake. The Oregon Resilience Plan, which was completed in early 2013, outlines more than 140 recommendations to reduce risk and improve recovery from a massive earthquake and tsunami that is anticipated on the Cascadia Subduction Zone. In 2014, the Governor’s Task Force on Resilience Plan Implementation, chaired by Ashford, submitted to the Oregon legislature a comprehensive program to save lives, mitigate damage and prepare for a costly, life-threatening disaster that is seen as both catastrophic and inevitable.

“The house subcommittee wanted to know what our task force had learned in Oregon through the Oregon Resilience Plan project and how our recommendations can serve as models to help other states,” Ashford said.

Oregon State has also established the Cascadia Lifelines Program, a research initiative to help improve critical infrastructure performance during an anticipated major earthquake. Partners in the program include public agencies and private utilities such as Portland General Electric and Northwest Natural Gas.

“The agencies are working collectively on this issue,” Ashford said. “Orchestrating the actions, agendas and investments in research of different stakeholders is a big step in the right direction.”
More research is needed to determine how best to identify and mitigate problems stemming from a massive earthquake.

“OSU research helps quantify the risks and determine how, in Oregon, we can address those risks,” Ashford said. “We can’t simply replace all of our existing infrastructure. We may need to find ways to retrofit, replace or repair things quickly after an earthquake.”

One thing individuals can do is establish an emergency plan and keep on hand enough provisions such as food, water and medicine to survive up to fourteen days without outside aid. In a major quake, many roads will likely be inaccessible and power could be out for weeks or longer, Ashford said.
“People are going to be on their own a lot longer than previously thought,” he said. 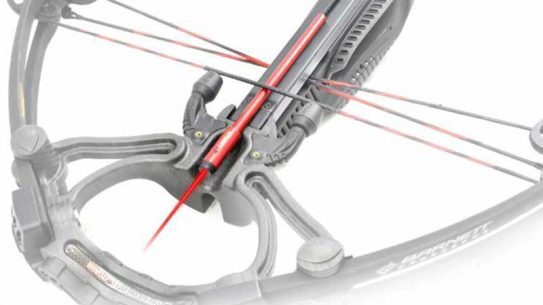 Bring Home the Bacon with the LaserLyte Crossbow Sighter

The LaserLyte CrossBow Sighter gets archers on target fast and saves money on expensive...