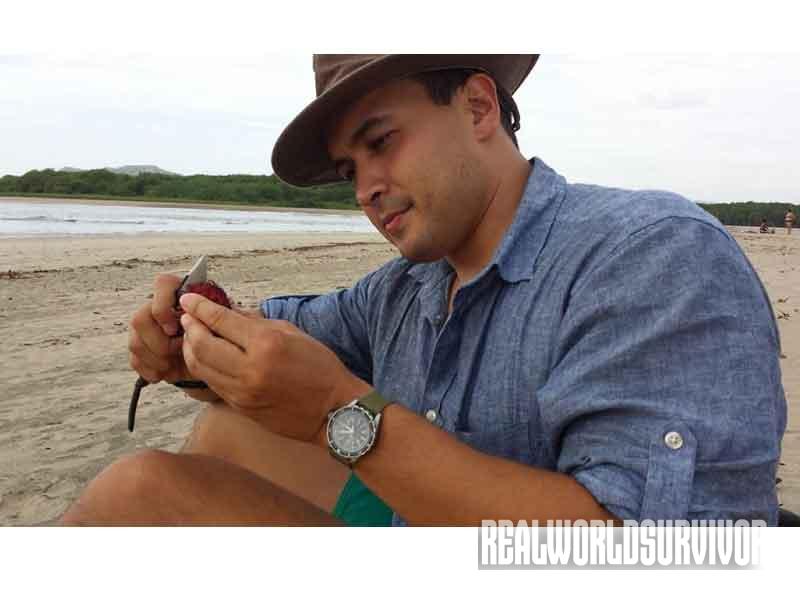 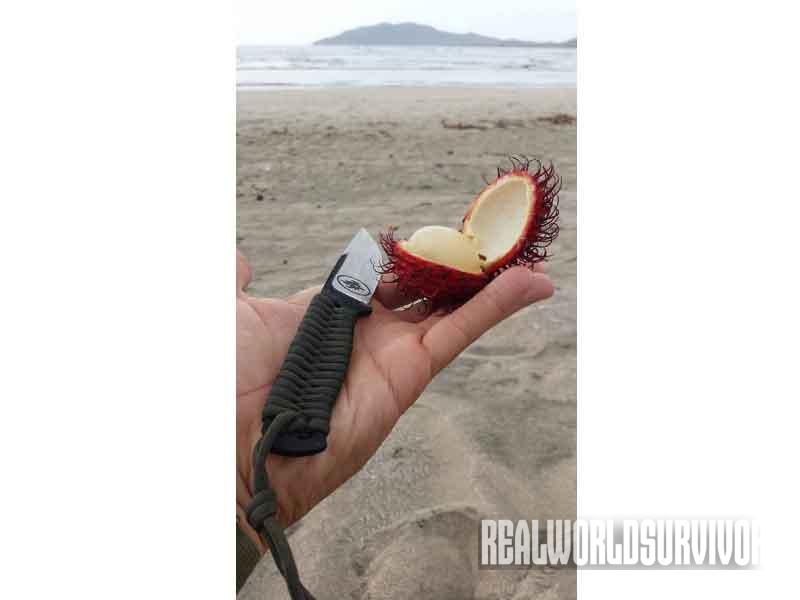 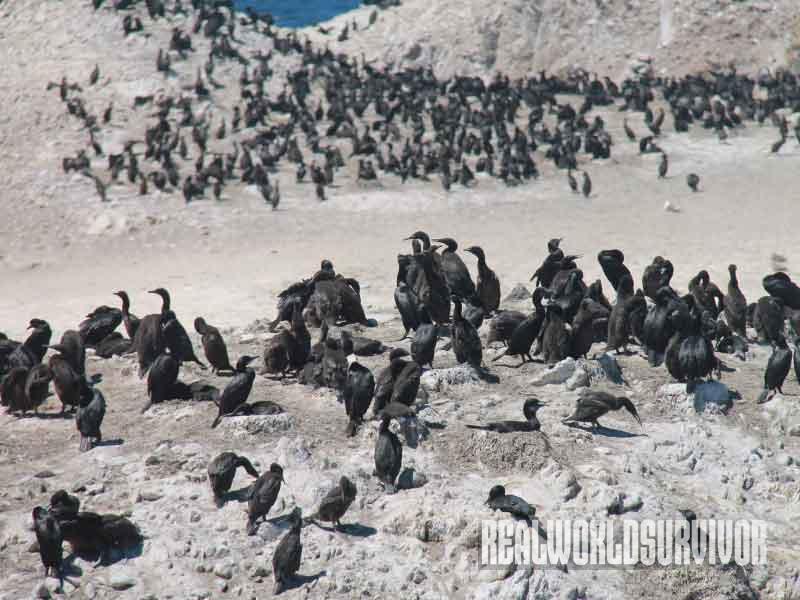 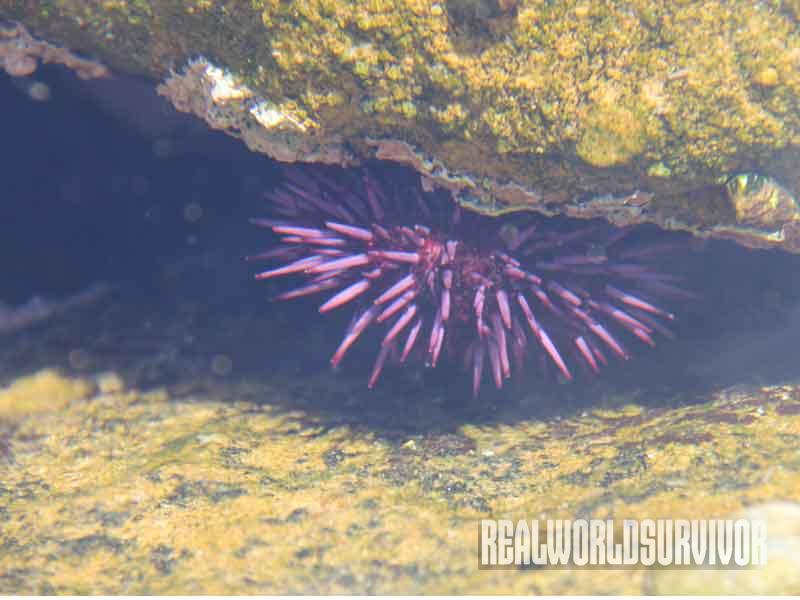 4 of 6
Searching for sea urchin 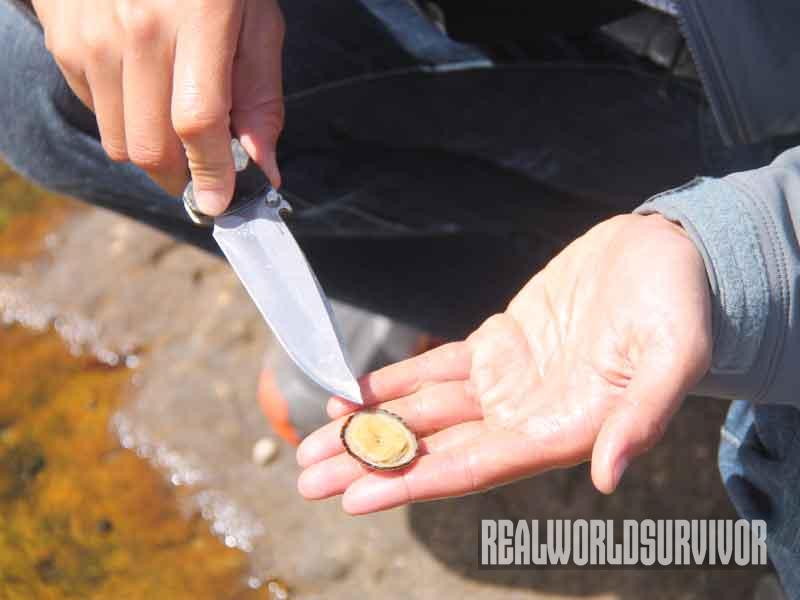 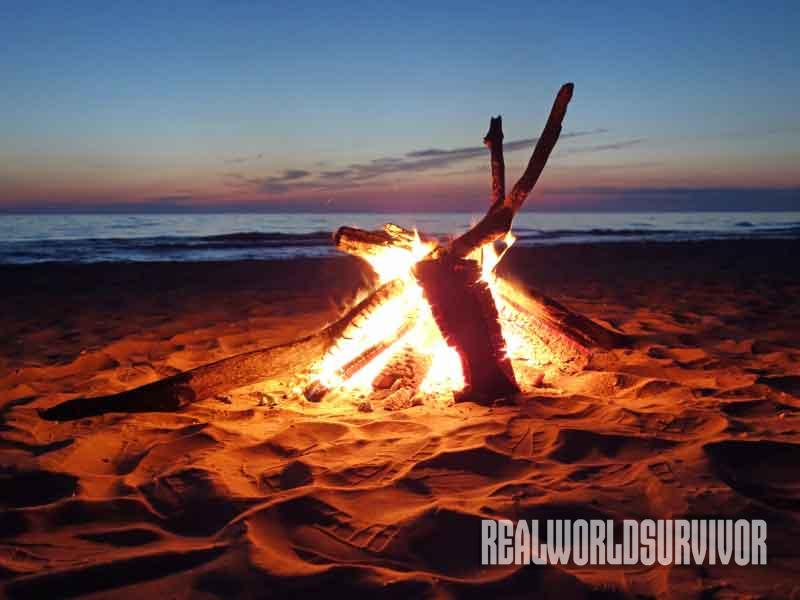 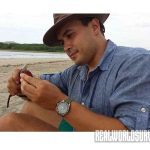 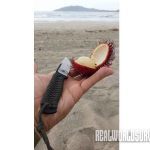 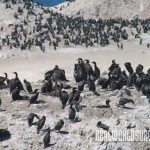 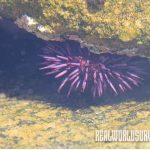 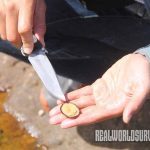 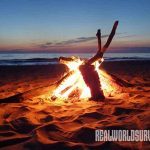 The majority of the earth’s surface is covered in water and the amount of coastline equals hundreds of thousands of miles. Factor in the continents, peninsulas, the islands and the archipelagos and it is easy to see how this number is as large as it is. A small state like Alaska, for example, has over 6,000 miles and Florida has almost 1,400. The idea of living on the coastline conjures romantic thoughts of Robinson Crusoe-type adventure but the reality is far from the tropical paradise found in that novel. Coastal survival through foraging can yield as many hardships as it can nourishing food. If no modern fishing equipment is available, it is still possible to gather what is needed for sustenance. The ocean has much to offer the outdoorsman as long as he is willing to gather it by the sea.

Easy Access
The beauty of coastal foraging comes from using the natural rhythm of the sea to provide gathering opportunities. About every six hours the tides change, and during low tide, pools of shallow water often contain aquatic life that is easily collected. At this time, the outdoorsman can also arrange rocks to create traps that can confuse fish and prevent them from escaping. Generally speaking, fish that are under 4 inches in length can be consumed whole. An early memory from childhood was creating plastic bottle fish traps by cutting the top of a bottle off, inverting it and filling the bottom with bits of snails.

While food might be widely available, the outdoorsman should never lose site of the dangers present during coastal foraging. When eyes are larger than stomachs they may not be large enough to see slick rocks and dangerous terrain. Some coastal locations are easy to access at low tide but impossible at high tide. Others still can trap an outdoorsman if he doesn’t respect the speed with which a tide can close in and strand him on a sandbar or rock outcropping. Dangers aside, coastal foraging is relatively easy and a skill that puts fresh seafood on the table and builds knowledge in case of emergencies.

Emergency Crabbin’
Almost every coastline has some form of crab inhabiting it. These scavengers can be found both in and out of the water, and in some tropical locations, like mangroves, you will find crabs living far from any body of water. As a child I learned how to crab with a length of line and a chicken gizzard off of the rocks in Long Island Sound. In an emergency, line and bait may not be available and alternative means to catch them must be employed. From spearing, to scoop netting, to trapping in a smooth-lined container like a salvaged bucket or milk jug, it is easy to fill your belly with minimal work. Also, depending on the body of water and the quality of the water, the scavenged food consumed and the time of year, the crabs one can find for food will vary greatly in taste. The taste of the despised spider crab of New England compared is worlds away from the blue crab; even seagulls won’t eat them. A word of warning: There are many crabs with large crushing claws that can inflict pain and even injury. If one neglects to hold them correctly and a crab manages to grab a finger, its claw should be broken off. Many crabs carry bacteria on their shells and should never be consumed raw. Claws are the preferred meat, but the fatty internal organs provide good sustenance as well.

RELATED: How to Cook a Meal Using Bamboo

Searching For Urchins
The sea urchin’s appearance is as uninviting as any animal found on the coastline. While covered in sharp spines and with no easy way to handle them, they do have edible bits on the inside. Urchins usually come out at night and are elusive during the day, but they can be found in pools where undercut rocks provide shade from the light. With a pair of gloves or a rag, handle the urchins with care. Split them down the center of their body and look for the gonads, which are easily scooped out. Some people have an aversion to eating the reproductive organs of a creature, but in Asian cuisine the urchin is a delicacy. For those who are willing to try it in a relatively safe environment, rather than waiting for an emergency to try it for the first time, urchins are usually available at most sushi restaurants. It is often difficult to resort to eating foods cultural norms suggest are not fit for consumption, but in an emergency it all comes down to caloric intake.

Locating Limpets
Limpets are small mollusks that cling firmly to rocks in tidal zones. They are difficult to remove by hand unless a blade can be worked between their shell and the rock they are attached to, breaking the grip of the muscular foot holding them on. Limpets are relatively clean compared to the various kinds of filter feeders like oysters and clams that consume impurities. Another benefit of harvesting limpets over oysters is the ease in locating them. Oysters are found under the sand while limpets stand out on rocks near the water. Limpets have a distinctive briny flavor but a sweet meat. I’ve tried them raw but prefer them cooked. As with most shellfish, the best way to cook them in the absence of a metal cooking vessel is in their own shell. They can be placed on hot coals or heated up on a rock near a fire. Take absolute caution in handling the hot shells as they can hold heat extremely well and cause horrible burns.

Birds & Eggs
Not far from my family’s home on the coast of Connecticut is a small island called Bird Island. In my teens I paddled my kayak over to it and was buzzed by protective birds that didn’t want me to invade their nesting grounds. Once I beached my boat, I noticed hundreds of birds sitting atop nests and understood why they were alarmed by my presence. Birds and eggs can be collected during nesting times easily. Birds often seek protection by staying in large groups. These birds are easily hunted with a horizontally thrown stick or a makeshift bola. In some circumstances, the parenting instinct of birds prevents them from leaving their nests. Even if they do, their eggs are left behind. These eggs can be prepared by poking a hole in the top and burying them in hot ashes. They can also be fried on a smooth, hot rock. Birds’ behavior is especially important in coastal survival. Bird activity may indicate washed up fish carcasses, which can be used for bait or for tools made from the bones. Also, bird activity near the surface of the water can represent the presence of baitfish, which are edible whole if under 4 inches in length.

Big Game
There is a slight chance you will encounter some of the large animals found along the shoreline. From sea lions to monkeys to monitors, depending where you are, the shoreline may be inhabited by animals that could provide great sources of calories. While the presence of these animals offers the prospect of large amounts of protein, these animals can be dangerous to approach and hunt. The decision to hunt these animals depends on the desperation and capability of the individual. There are stories of stranded sailors in New England hunting seals with nothing more than a blunt object. For obvious reasons, it is safe to assume that it is easier to capture slower moving animals than faster, more agile ones. The good thing about larger predatory animals is that they often do the hunting work for you. Animals will often abandon their food if challenged. In a true survival situation, observe large game behavior and capitalize on their hard work.

Salt Deposits
Assuming you have a surplus of food, it is best to preserve what you have in case your fortune takes a turn. In warmer climates, it is often possible to find salt deposits where pools of water previously formed. The sun evaporated the seawater, leaving sea salt behind. If collected, the outdoorsman can use it to salt his food and dry it. To do this, all that is needed is to cut strips of meat (likely fish) into 1-inch crosshatch cubes. It is best to work from the flesh side to the skin, as the skin will help hold the meat together. Salt is liberally applied to the meat and it is then left out to dry. Salt preservation is popular around the world and I most recently found it while traveling through fish markets in Norway. Furthermore, the presence of salty air works well to dry out driftwood, making the collection of dry wood for fires easy.

Thrive And Survive
With the methods described above it is easy to start foraging and filling the pot. Just remember, the food caught along the coastline is filled with sodium, which can affect the body’s chemistry. Freshwater must be consumed to offset the dehydrating effects of salt. Finding freshwater is much harder in coastal areas than in the woods, as groundwater is generally salty and small pools of water can be extremely stagnant and easily contaminated by the smallest amount of salt. The pursuit of water is the real challenge and the outdoorsman must often dedicate his efforts to that over gathering food. But if an outdoorsman can pair a steady supply of freshwater with a bounty from the coastline, he can live extremely well. The difference between surviving and thriving is the availability of resources and the ability to gather them. 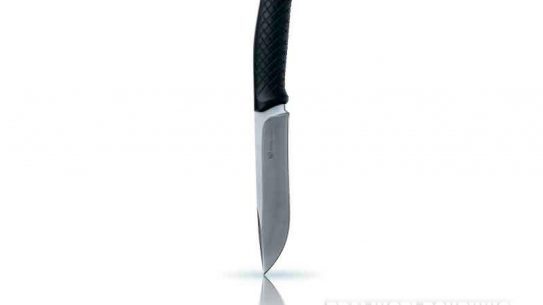 A Sheathful Of Steel Will: the Druid 200

The Druid 200 will be the perfect multifunctional knife to bring on your next...