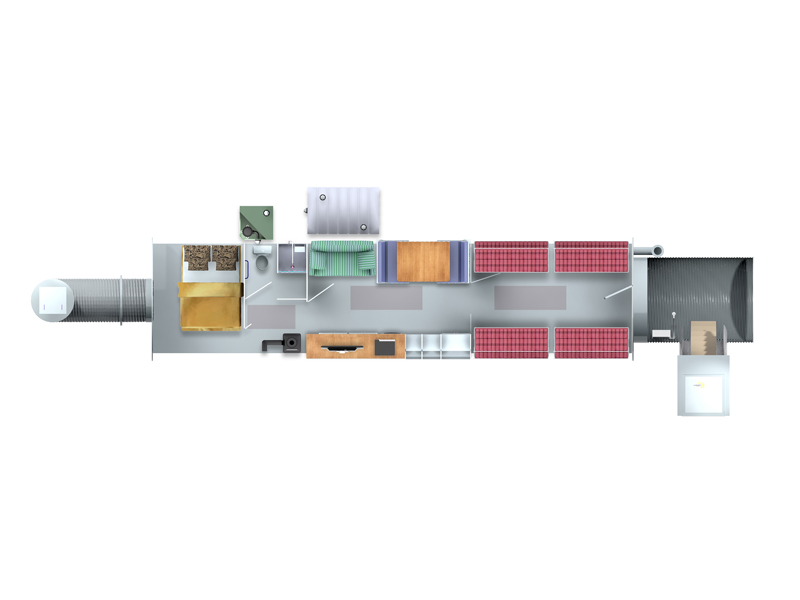 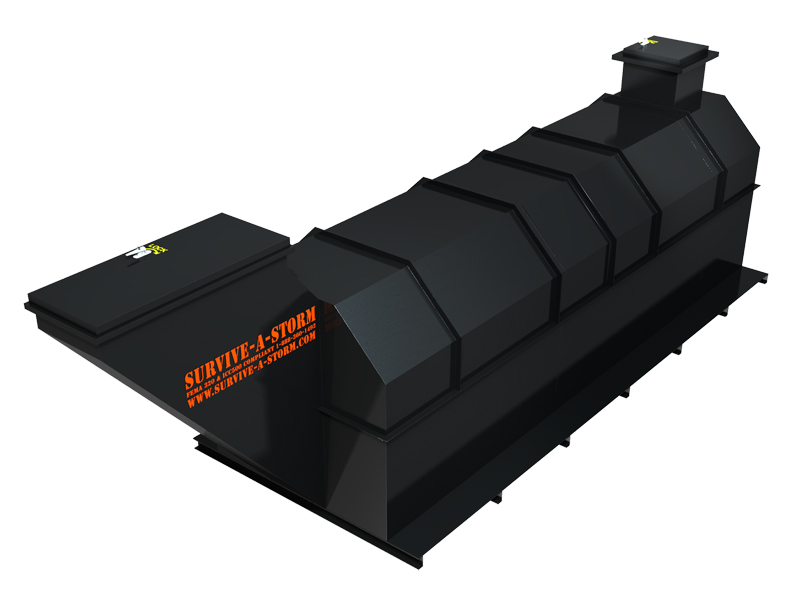 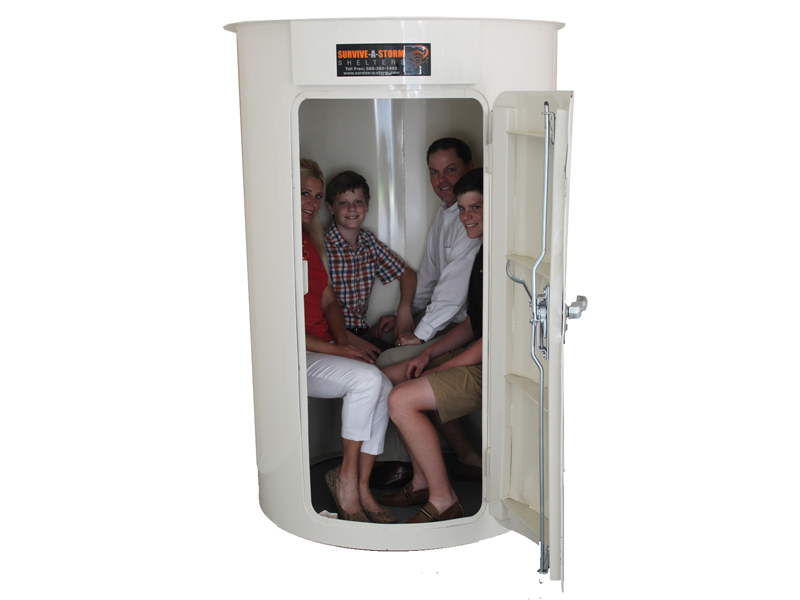 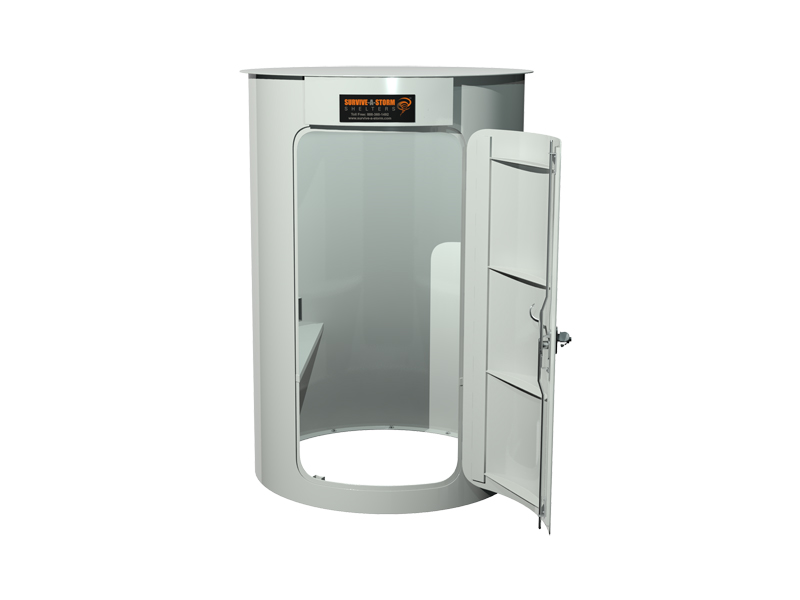 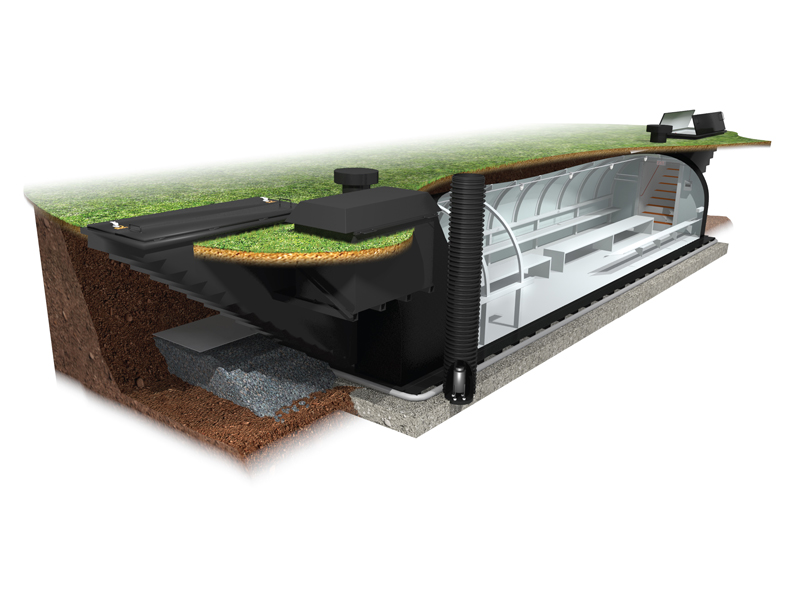 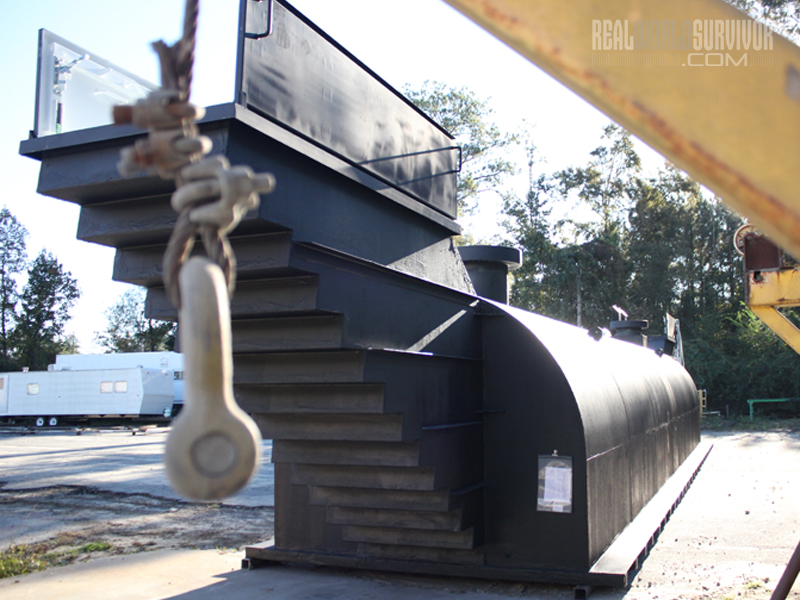 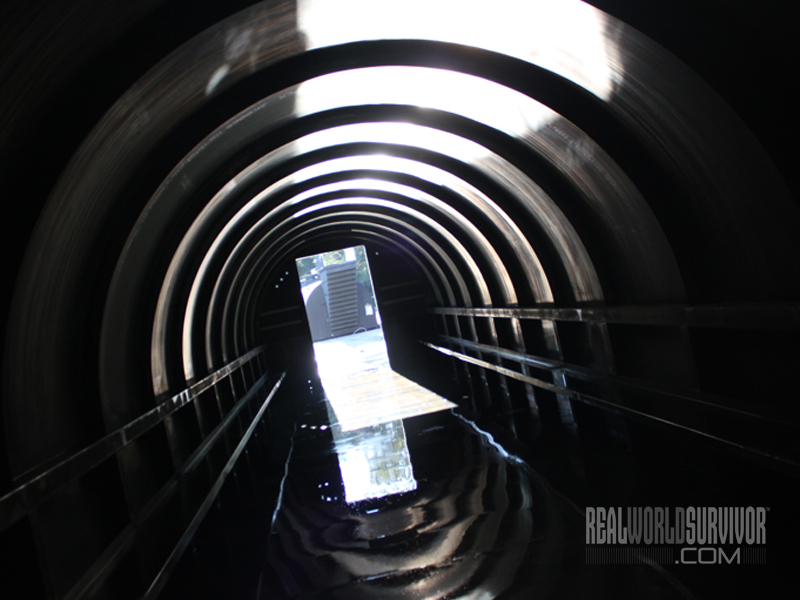 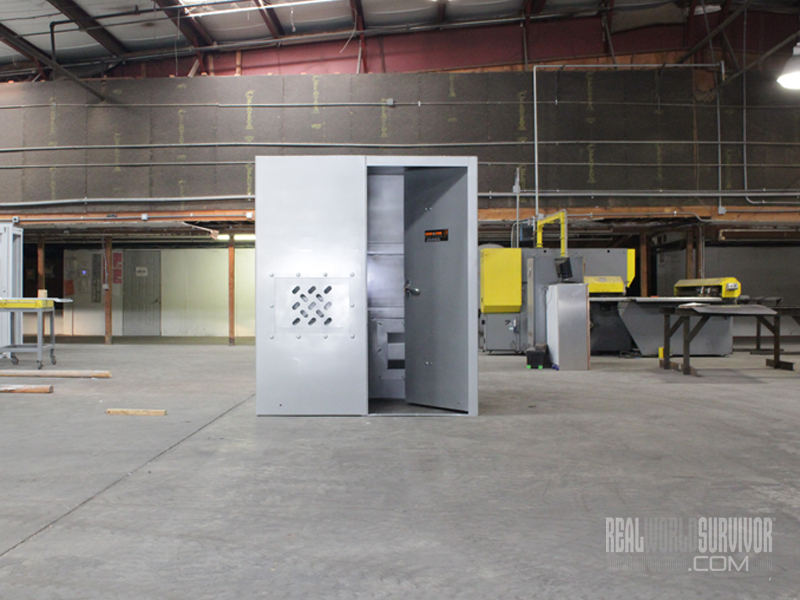 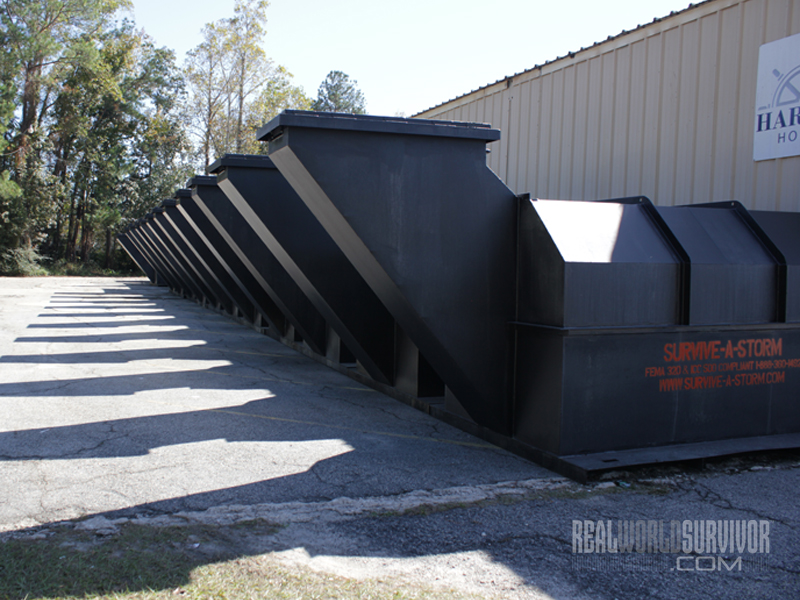 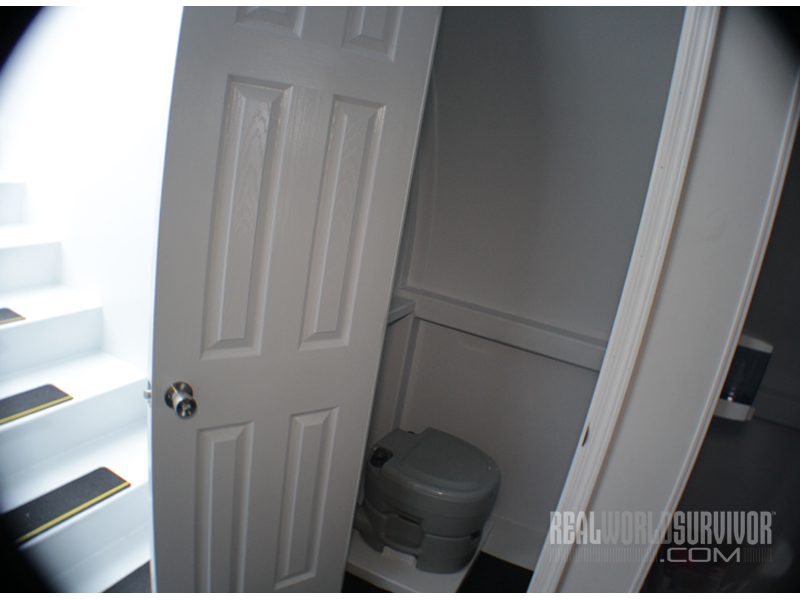 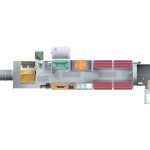 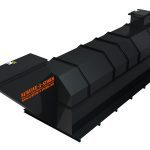 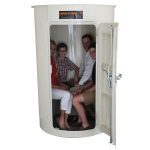 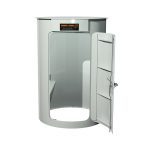 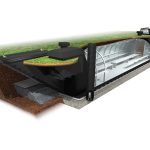 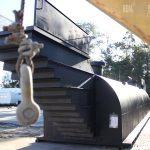 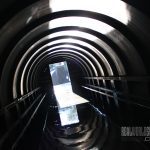 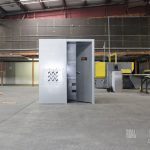 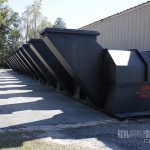 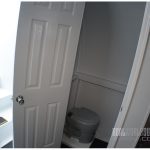 My recent visit to the community of Thomasville, Georgia, felt like a trip back to a time when the railroad used to end at this small town, just about 20 miles north of the Florida line near Tallahassee. Complete with a storefront-lined Main Street straight out of a scene from a Norman Rockwell illustration, it is little wonder why several U.S. presidents wintered in Thomasville.

RELATED: How To Weather The Worst Storms

This serene town of plantations and giant oak trees adorned with Spanish moss is where Survive-A-Storm Shelters calls home. The irony of this was not lost on me, as shortly after my arrival in town the National Weather Service began issuing a steady stream of tornado warnings for the area, something that I am not accustomed to as a lifelong resident of the sunny Southwest. But I guess I couldn’t have been in a better place for an assignment—a massive 80,000-square-foot factory that manufactures tornado shelters, community safe rooms, survival bunkers and bulletproof panic rooms! Good fortune prevailed in the end and the storms moved on, leaving me to return focus to the interview and factory tour at hand.

Located in the town’s small but bustling industrial park, Survive-A-Storm Shelters builds row upon row of prefabricated storm shelters that come in many shapes and sizes. These precision-engineered, ultra-hardened shelters and ballistic-rated panic rooms are receiving more attention than ever, given the tremendous uptick in super storms throughout the United States over the past five years. The company’s response team has worked disaster areas in Haiti, Sierra Leone and Central and South America building camps, hardened buildings and transitional housing. They’ve constructed non-motive houseboats, designed and built their own marina and faced every manner of challenge working here in the U.S. and abroad, including providing solutions during the Hurricane Katrina disaster recovery effort. But, according to Matt Williams, the company’s executive vice president of marketing, sales and government affairs, “Overcoming adversity and building a better business around building better shelter systems for the worldwide public is what we’re all about.”

Creating Safe Space
When I arrived at the factory, I was floored by what appeared to be a cross between an enormous steel military barracks and a halved diesel submarine edging its way out of the warehouse’s hangar-style doors. “This is our solution for schools in Oklahoma,” Williams said. “It costs about a third of what it would cost to build a FEMA-compliant tornado safe room of the same sheltering capacity using traditional brick-and-mortar construction. We can build them underground or above ground. Doesn’t matter. They will stand up to an EF5 tornado just the same.”

Survive-A-Storm’s community safe rooms comfortably accommodate up to 100 people, or more if folks are willing to get a bit cozy with each other. These shelters are designed by licensed professional engineers to withstand 250-mph winds. They are made of quarter-inch steel with massive structural supports that span the rolled-roof design. The shelters contain bench seating, overhead lighting, restrooms with drinking fountains, exit signs and even auxiliary generators for backup power.

An equally impressive, albeit considerably scaled-down, shelter was in the process of being finished by work crews nearby. The 4-foot-diameter, cylindrical Twister Pod is Survive-A-Storm’s new economical model, retailing for around $3 ,495, and it can accommodate up to four occupants while withstanding an EF5 tornado. Williams notes that it’s popularity is growing because it is easy to install in an existing garage, carport or on an outside patio.

The next set of designs we looked at confirmed the idea that “storm” doesn’t necessarily mean twisters and nasty weather for all people. As such the company currently offers over a dozen models of prefabricated residential storm shelters, bulletproof panic rooms and has recently launched a line of long-term survival bunkers for those who may be prepping for another kind of storm altogether. At standard specs, their modular shelters meet NIJ Level-2 bullet resistance. One such residential model is the ShelterCube Max, an above-ground, steel-paneled tornado safe room that can protect up to 16 people from tornadoes and other violent windstorms. This shelter measures 8 feet by 8 feet and provides 448 cubic feet of protection. If increasing the bulletproof factor is desired, the company’s Defender Vault panic room is also available in 4-foot-by-4-foot, 6-foot-by-6-foot and 8-foot-by-8-foot configurations. Options include a Sargent & Greenleaf digital lock, gun racks and even the option of integrating concealed underground storage compartments.

Bunker Builder
Survive-A-Storm’s latest development, the “Bunker Builder,” will have preppers really jacked, though. “We are the first company in the U.S. to use an online survival bunker configurator. It’s a great interactive feature that allows visitors to go to the website and visually spec out their bunker system,” said Matt Williams. “From what kind of air filtration to how many bunks you want, it will assemble your bunker and email you a quote for exactly what your bunker design includes.” Some of the bunker options listed in the configurator include NBC air filters, tiled floors, fresh water tanks, full-sized beds, an 8-kilowatt generator and even a 42-inch LCD television.

“Assessing risk is really a personal question. Everyone has their own reasons for seeking a survival shelter, and that means different things to different people,” said Williams. “We provide options. When you live in an area that’s been affected by a major natural disaster, like Moore, Oklahoma, it creates a culture of preparedness that might not otherwise exist.”

Credentials Where It Counts
When asked what exactly sets the company apart from what seems to be an increasing pool of survival shelter providers, Williams said, “When it comes to selecting a survival shelter, design quality is priority one.” As we walked by a bank of engineering and drafting computer interfaces on the manufacturing floor, he elaborated that Survive-A-Storm is the only manufacturer in the world producing a prefabricated steel, community-sized shelter and that its designs are reviewed by third party engineers and licensed architects. Williams noted that Survive-a-Storm is a “producer member” of the National Storm Shelter Association (NSSA), which is an industry association that formed in 2001 to “ensure the highest quality of manufactured and constructed storm shelters for protecting people from injury or loss of life from the effects of tornados, hurricanes and other devastating natural disasters.”

With additional offices in Ohio, Alabama and Oklahoma, Survive-A-Storm’s parent company, Harbor Enterprises, also holds a current and active $153 million contract with the U.S. Department of Homeland Security (through FEMA) to build wind-rated disaster housing, and Survive-A-Storm Shelters has manufactured over $70 million in such structures over the past decade.

As if that weren’t enough to verify that Survive-A-Storm wasn’t merely another fly-by-night shelter operation, Matt Williams goes on, proudly stating, “We’re the only storm shelter company that is a Partner of FLASH, the Federal Alliance for Safe Homes.” FLASH oversees the storm shelter production industry, serving as a sort of independent watchdog agency, ensuring that manufacturers abide by stringent regulations and guidelines set forth by FEMA.

Walking through the expansive Survive-A-Storm factory warehouse, every corner was being illuminated by flashes of welding sparks or yellow strobe lights spinning atop roaming forklifts moving huge sheets of steel, all while craftsman and engineers assembled the massive shelter components. The buzz of activity is a result of Survive-A-Storm manufacturing the widest selection of FEMA-compliant tornado safe rooms and community storm shelters worldwide.

Recently, Survive-A-Storm finished building underground community storm shelters for Kia, one of the world’s largest automakers, for its factory in north Georgia. To accommodate the company’s large employee base, they placed an order for 10 of these nearly 70-foot- long shelters, each of which holds 100 people. I saw some of these gargantuan shelters built from the ground up and loaded on special long-haul trailers over the course of two days, and it was truly a thing to behold.

“We are in the business of saving lives. It’s that simple. Our goal is make sure that every school, church, business and every other place of public accommodation in Tornado Alley has access to affordable, reliable storm shelter protection,” said Williams.

A Cut Above
Some of the other key features of the Survive-A-Storm line include 10-gauge steel construction, which is over 0.125 inches thick, which is thicker than the 14-gauge steel used in many other storm shelters. Certain models of shelter also come complete with two capped conduits that you can run water, electric, cable and/or a phone line through. These basic creature comforts and communications capabilities during even a short-term shelter refuge can make for a night-and-day survival experience.

Considerations seem to have gone into every aspect of the shelter designs, including options and provisions for short-term and long-term sheltering. Dehumidifiers, battery-powered fans and travel toilets cover a few of these basics that often go overlooked in other shelter companies design options. Williams noted that the company even considered what their customers’ needs may be in the moments after the storm passes. “We offer the options of including jacks and ratchet straps for all of our storm shelter models to address the possibility that your shelters door could become blocked after a storm by piles of debris or obstructions.”

Be Prepared
When asked what advice he has for those interested in emergency shelter solutions, Williams, who has seen disaster areas firsthand worldwide, presents one very sound bit of counsel. “What we typically see is an increase in sales and inquiries immediately following natural disasters. I always advise that the best time to prepare for any type of disaster is before that potential event ever happens.”

Although community shelters may provide safe haven to many who are located nearby, traveling long distances to an off-site shelter in the midst of an emergency scenario can prove deadly, and these shelters become overcrowded quickly.

The home-field advantage, as it may be, is to have a well stocked survival shelter at home where one may spend the majority of their time and stand the great- est chance for obtaining quick access. Mapping out alternative shelter locations throughout one’s common area of travel is also a good idea.

It’s apparent that whatever your survival plan includes for sheltering, if you fear your house may someday be blown down, you’ll want to take notes from the third little pig and not his two corner-cutting brothers. In short, ride out the storm in a structure made from the best possible designs and construction materials available. For more information, visit survive-a-storm.com or call 888-360-1492. 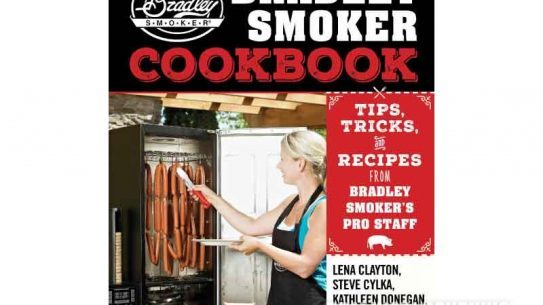