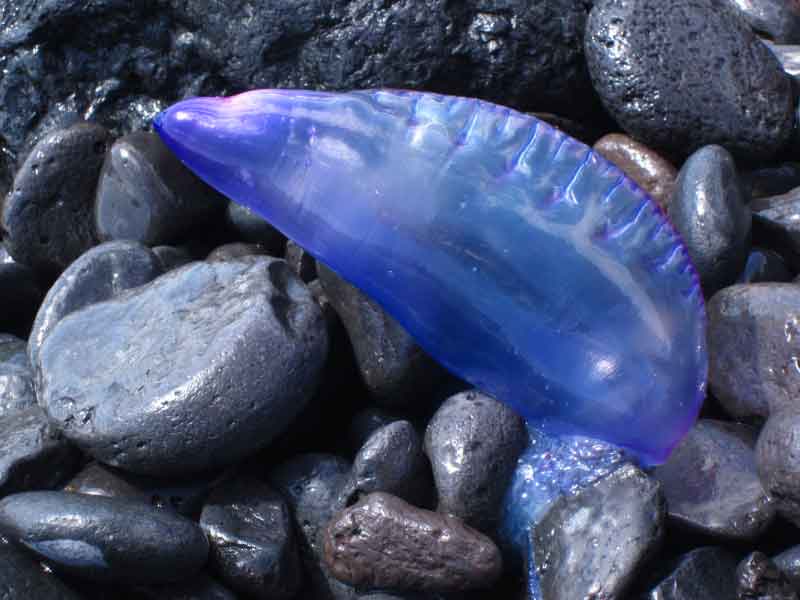 A potentially deadly Portuguese man-of-war washed up on the Jersey Shore over the weekend, and officials are warning beachgoers to keep their distance if they encounter any others, according to NBC New York.

The vibrant purple and blue sea creature was found Sunday morning at Harvey Cedars Beach, according to the beach patrol officers’ Facebook page.

Officials say the northeast wind brings warm water from the Gulf Stream to shore, and along with it, seaweed and sea animals.

Portuguese man-of-wars have tentacles that grow from 10 to 30 feet long and marine biologists say their potentially deadly sting is far worse than what you’d get from jellyfish normally found at the Jersey Shore.

Stings from man-of-wars can cause abdominal pain, changes in pulse, chest pain, collapse, headache, muscle pain and spasms, numbness and weakness, pain in the arms or legs, a raised red spot on the skin, runny nose and watery eyes, difficulty swallowing and sweating.

“Their stings are among the most painful and if somebody is allergic to bee stings or something like that, you can go into shock,” Dr. Paul Bologna, associate professor of biology at Montclair State University said.

Portuguese man-of-wars are typically found in warmer waters. They are a close relative of the nettles jellyfish that are common in the New York area, according to CBS.

Lifeguards said if you come across a man-of-war, don’t touch it. Even if it appears to be dead it can still sting you.

If you are stung by a man-of-war, remove the tentacles from your skin, apply salt water to the affected area, and follow up with hot water for 15-20 minutes, it’s been shown to ease the pain better than cold water.

Lifeguards said checking your surroundings is the best way to avoid man-of-wars, jellyfish and other dangerous marine animals.

The currents that brought the man-of-war to the area are changing. It won’t carry all of the creatures away with it, but it should prevent more from being brought in. 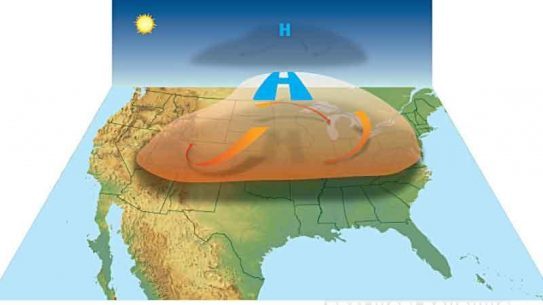 Karachi Heatwave Drags On As Death Toll Soared to 640

With temperature reaching 112 degrees Fahrenheit, the death tool after the heatwave keeps rising.