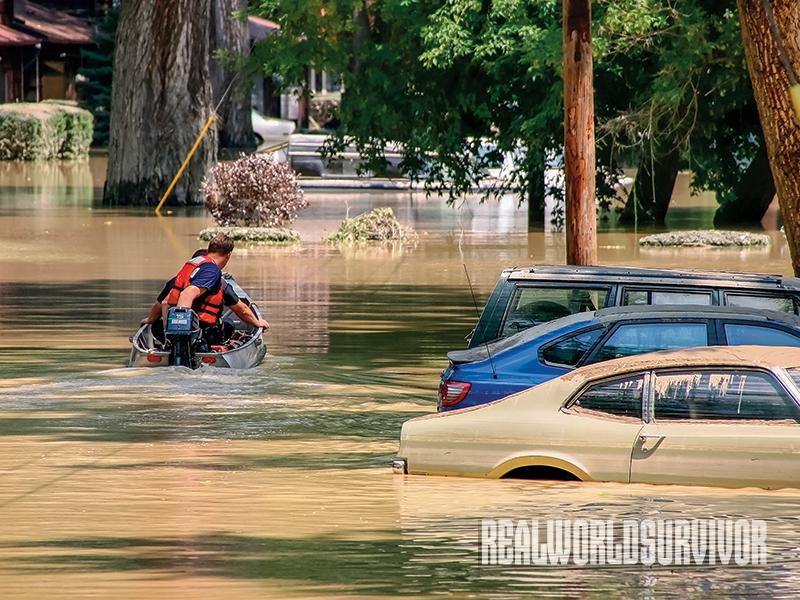 Photo by Shutterstock
Thunderstorms and their related dangers injure hundreds each year and cause over $1 billion in damage.
Comment(s)

When the word “monsoon” is spoken, images of torrential down- pours and flooding in far-off tropical lands come to mind. While that image is certainly real, monsoons can be found here in the U.S. Generally found in the Southwest, they are a yearly event that brings everything from damaging straight-line winds to flooding. In the minds of many, a monsoon is a single storm, but in the Southwest it is actually a season.

The driving force behind a monsoon is the sun. With long periods of clear skies, the sun warms the land and the Pacific at different rates. This creates turbulence with the winds. Once sufficiently heated, airflow changes its usual westerly track and the monsoon season kicks off. The entire process begins in northern Mexico each May. Evaporated water from the Gulfs of Mexico and California drive up humidity, which ultimately becomes rain. When this rain falls in areas with extreme temperatures, it quickly evaporates and results in more humidity. This chain of events continues as the systems move north, primarily toward Arizona and New Mexico. The humid air flowing into the Southwest hits mountains and rises. As the air climbs, it expands and cools. This cooling is what causes rain— rain which once again works its way into the cycle. This continues until the temperature difference between the land and sea is reduced, sometime in the early fall.

The rains associated with a monsoon provide up to 70 percent of the year’s rainfall for the Southwest. This influx of high rainfall brings its own problems, however, in the form of flooding. After a millennia of oven-like temperatures and arid conditions, the ground in the Southwest approaches the consistency of concrete. When monsoon rains hit, the ground cannot absorb it quickly enough and flash flooding becomes common across the region. Dry washes quickly become raging rivers. In 2014, Phoenix saw record-setting rainfall, which led to catastrophic flooding. Entire sections of freeway were filled with water, leaving behind lines of vehicles only visible by their roofs and antennas.

Another real danger with monsoon season is lightning. According to Ron Halle, meteorologist and consultant for Vaisala Inc., between 1996 and 2005, an average of 673,320 lightning bolts touched down in Arizona each year. This reality unfortunately links the monsoon season with wildfire season in the Southwest. The landscape at this time of the year is dry and desiccated. Since 2001, lightning has ignited more than 2,300 fires annually, burning an average of 277,000 acres of land per year.

The key to getting through the monsoon season is preparedness. The best way to avoid lightning, flash floods and other dangerous conditions is by avoiding danger to begin with. Watch current weather forecasts on TV or the internet, and listen to weather reports on the radio or a NOAA weather radio. Make a serious emergency kit for both your home and vehicle. Avoid flood-prone areas during monsoon season, and never drive though any flowing water. If flooding occurs, get to higher ground. Get out of areas subject to flooding such as dips, low spots, canyons and washes, and stay away from downed power lines.

If you are home during the torrential downpour, never touch wiring during a storm. Similarly, it’s often too late to unplug electronics if thunder is heard. Wait to use any sinks, showers, tubs and toilets until the storm has passed. Plumbing can conduct electricity from lightning strikes outside. Most importantly, stay calm while you wait for the storm to pass.

The National Weather Service has now designated June 15 as the official monsoon season start date for the Southwest. Because we have an actual start date, there is little reason to not be prepared. As with any weather pattern, the threat of these storms can be mild for years at a time. However, when Mother Nature changes her mind, the monsoon season can turn deadly in an instant! 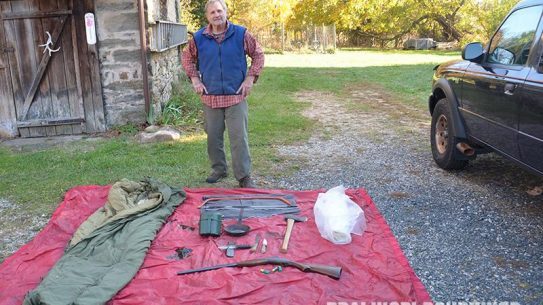 Hunt For Camping Gear on A Budget

Tame the backwoods and your gear budget with this everyman’s $160 survival pack!