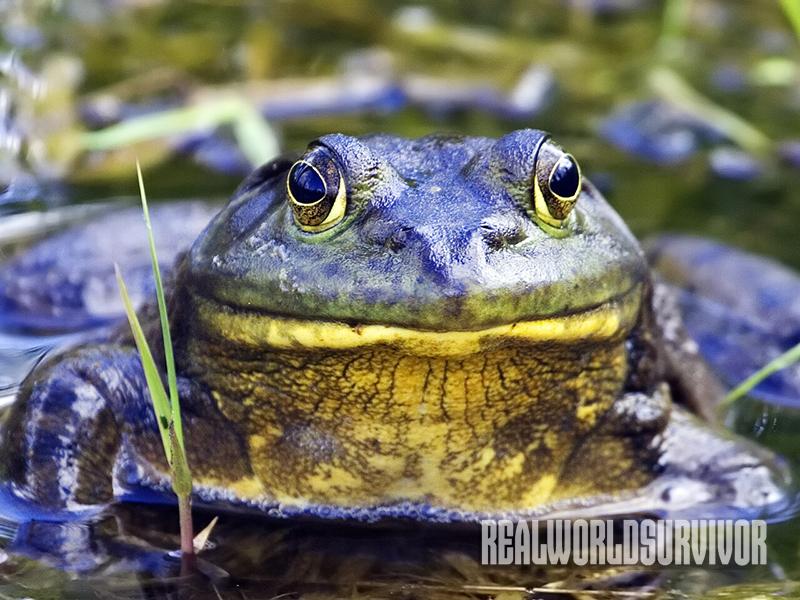 1 of 5
Bullfrogs are carnivorous and will eat anything they can shove in their mouths. A big female bullfrog can weigh more than a pound. 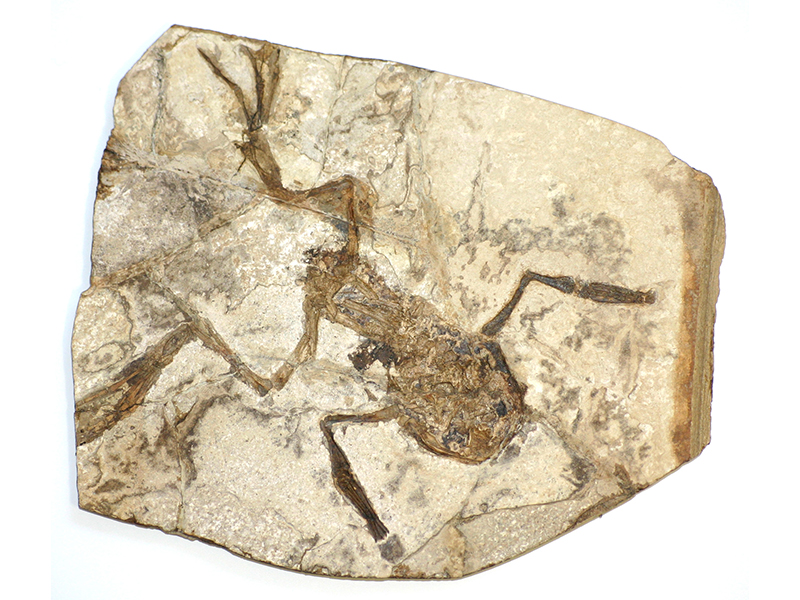 2 of 5
Photo by Kevin Walsh
Frogs date back to the Jurassic period and hopped among dinosaurs. 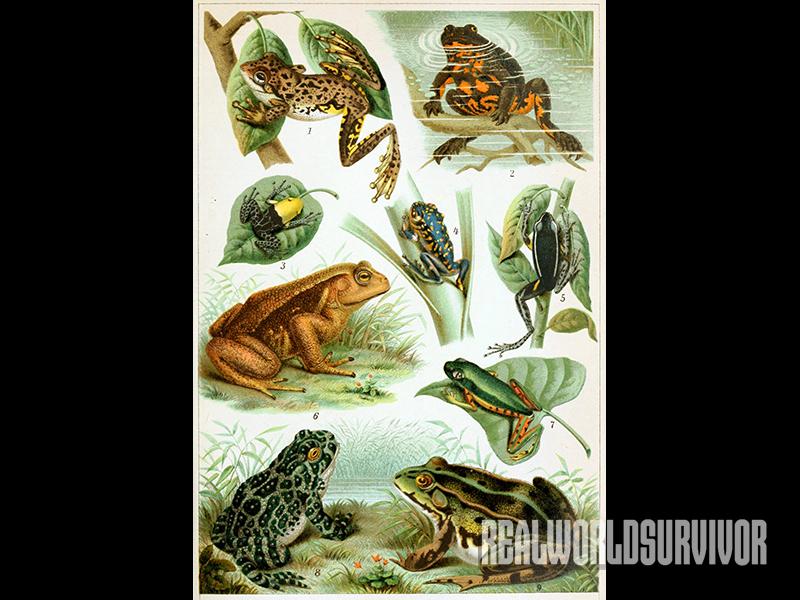 3 of 5
Here is an illustration of different types of frogs. 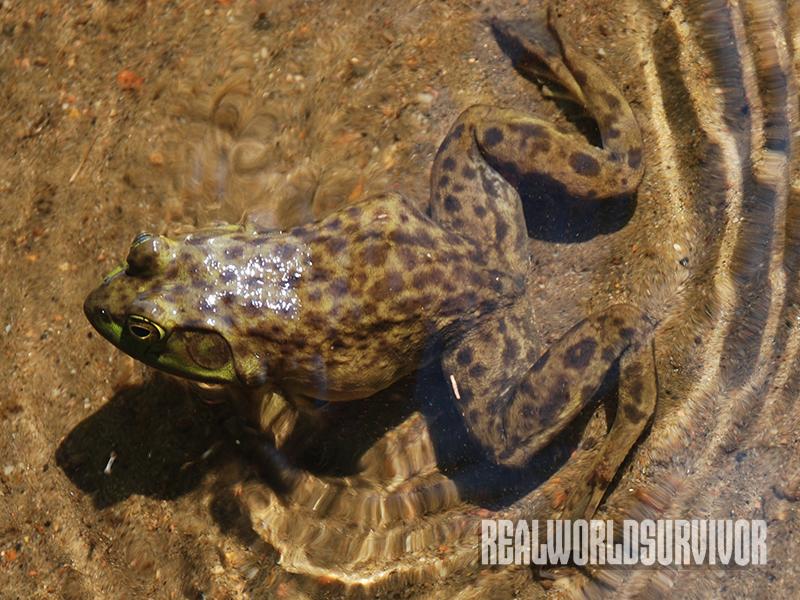 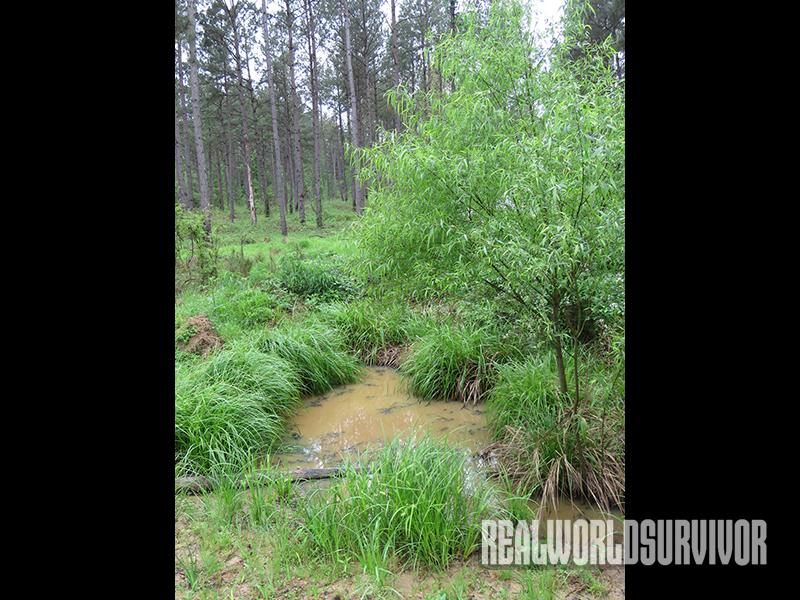 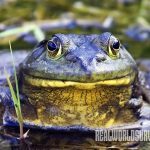 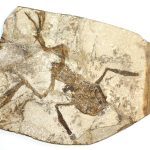 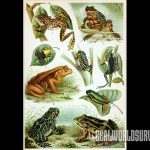 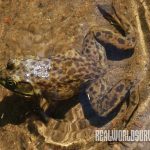 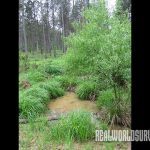 Everyone from the early pioneers and mountain men to the pope in Rome and an Egyptian pharaoh has had run-ins with frogs. They are the stuff of legends, weight watching, drug dreams, history, movies, myths and cartoons. No matter how you look at frogs, they are a big deal.

It was frogs that gave Daniel Boone the strength to rescue his daughter, Jemima, and the Callaway sisters in 1776. A Cherokee-Shawnee raiding party had abducted the girls on the Kentucky frontier near the Boone cabin. They captured the girls while they were playing down by a creek and carried them away on horseback. Daniel saw the girls being taken and chased the raiding party on foot. He tracked the party for three days, wearing only his breeches and a hunting knife.

During the chase, frogs he hand grabbed and ate provided the famous frontiersman his only food. Daniel caught up with the group and rescued Jemima and her friends. One might say his successful mission was aided by the power of frogs. The amphibians gave him the strength to keep going and overcome impossible odds.

“Ya ever eat a frog?” was famously asked by the character Janey in Lonesome Dove to terrify July Johnson’s stepson, but frogs were not a horrifying or unappetizing menu item to early pioneers out west. Those settlers lucky enough to have a pond or river nearby often valued the amphibians more than fish.

Throughout the era of westward expansion, frogs were considered a delicacy. Laura Ingalls Wilder, who wrote Little House on the Prairie and many other Little House books, describes her father staving off starvation for his young family by using a basket trap to catch frogs and fish in a nearby river. The meaty frogs were her favorite. Many other stories, journals and letters of the time talk about the lucky folks who had water nearby that allowed them to supplement their scanty supplies with frog legs.

Make the most of the hoppers around your pond with this quick and easy way to cook ’em.

Skin the frog and cut the feet off at the ankle. Remove the frog’s back legs, including the pelvis. Flour the frog and fry.

People have been impressed by frogs since the beginning of history. Frogs are portrayed in the pictographs of many American tribes. But one of the most bizarre frog incidents occurred about 4,000 years ago. A tribe of Hebrews led by Moses and Aaron demanded that an unnamed pharaoh allow the Israelites, who were being held as slaves, to go free. To convince the Egyptian ruler, God sent 10 plagues.

The second plague was a plague of frogs. In the Bible’s Book of Exodus, God said, “The Nile will teem with frogs. They will come up into your palace and into your bedroom and onto your bed…and into your ovens and kneading troughs. The frogs will go up on you and your people and all your officials.”

Since frogs were an important symbol of fertility, having rogue frogs infesting their houses was a terrible curse indeed. It actually took eight more plagues, but frogs were a grave curse. Having Egyptian semi-gods turn against the Egyptians and into a menacing, nasty curse was horrible. The frogs were an important part of getting the pharaoh to allow Moses and his band of believers in Yahweh to go in search of the promised land.

Even the pope got into the frog business. Around 860 A.D., Pope Nicholas I began to get reports that his friars grew fat while their congregations went hungry. The pope ordained that all good Catholics should eat cold-blooded fish on Fridays. This was to commemorate and show love and respect for Jesus’s thirty days without food and water in the desert. The friars, who did indeed like their trenchers full, had frogs declared as cold-blooded so they could partake of their meatier flesh on fasting days. Interestingly, beaver and capybara are also considered cold-blooded and edible on Fridays.

Frogs have been turned to handsome princes by kisses and become the hero of children’s books like The Wind in the Willows and The Celebrated Jumping Frog of Calaveras County. Other frogs became movie and television stars. Kermit the Frog, created by Jim Henson in 1955, is one of the most easily recognized characters in the world. He is the primo star of the Muppets on Sesame Street, The Muppet Show as well as movies, specials and public service announcements.

After so many years of success, these amphibians are having a hard time surviving the 21st century. Polluted water, exotic species, the draining of marshes and shallow ponds, increases in predators and the gourmet demand for frog legs affects all frogs and toads. The list of froggy threats is quite long. Frogs are also an indicator species: When frogs disappear, it is sign that something in the ecosystem is off-kilter, which could affect other species.

Around the world, frogs have undergone severe population declines. In many places there are no longer tadpoles in puddles and frog voices mixed into the spring chorus.

The disappearance of frogs isn’t just sad tales in science magazines—for me, it’s personal. For the first time in several years, the bass-fiddle rasp of bullfrogs filled the night. The young bullfrogs took two years to grow from gelatinous eggs to big tadpoles and then to giant tadpoles 3 inches long. Finally, the bullfrog tadpoles grew legs and became part-time citizens of the bank.

The handsome young frogs filled the night with song and brought death to bugs and small fish during the day. During late afternoons, I’d carry a chair close to the pond edge and sit and watch them. Hundreds of sharp-eyed tweenagers soon realized I was no danger. As long as I didn’t move much and stayed in one place, they let me get within a few yards. Their beady eyes and green-brown skin made a nice addition against the cattails, grass and sandy bank.

One afternoon, the young frogs were noticeably diminished. That night their songs were not as noisy. The next afternoon, instead of sitting by the water, I staked out the pond from the nearby forest. Before long, several great blue herons flew in and commenced feasting on my treasured bullfrogs. They each ate dozens and carried more back to their nests of young. Soon there were none. All of the bullfrogs were gone. An important part of our yard ecosystem was no more.

Frogs are not lost, but there must be changes, and change must come quickly. These survivors from the early Triassic-Holocene era have important friends that go into the night and take census of frog noises. These frog listeners go out at dusk to find out how these amphibians are surviving by listening to frog talk.

These folks, citizen scientists for FrogWatch USA, learn to identify local frog and toad species by their calls. After training, the volunteers drive a regular route to assigned wetlands and count the number of frog voices they can identify. Volunteers collect data from February through August. FrogWatch is sponsored by the Association of Zoos and Aquariums (aza.org). The organization has collected data for 15-plus years, which has been used to answer scientific questions and provide information to many groups. With hard data about which species are successful and which are declining, conservation scientists can solve problems that decrease frog numbers.

For thousands of years, frogs have survived quite successfully. With help and changes from people who care about important issues impacting their survival, the bass womp-womp of the bullfrogs, the whine of leopard frogs and the cheep-cheep-cheep of spring peepers will be added again to the music of the night. 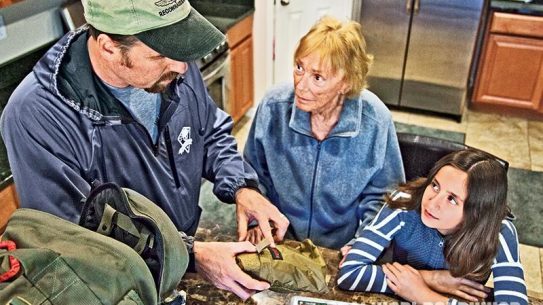 Tips For An Effective Survival Network

Forming a survivor network can mean the difference between life and death!