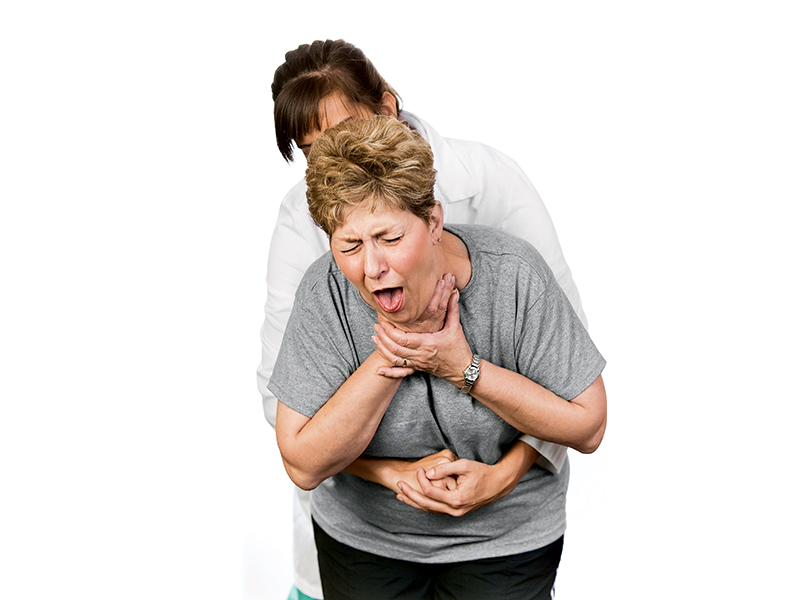 1 of 2
Photo by Bigstock
Save Lives With CPR and Heimlich Maneuver
The Heimlich maneuver may appear scary and violent when performed for real, but using the correct technique can mean the difference between life and death. 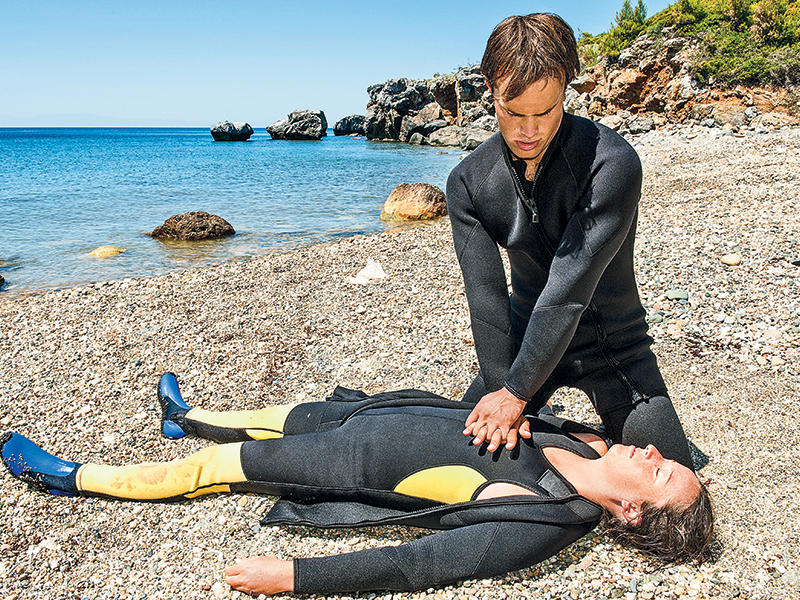 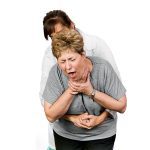 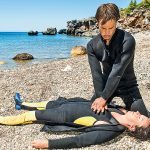 Cardiopulmonary resuscitation (CPR) and the Heimlich maneuver represent the two easiest-to-learn lifesaving procedures in the modern medical arsenal. Facility with these two maneuvers on the part of bystanders can literally make the difference between life and death for a choking victim or someone who suffers a cardiac arrest outside of a hospital. While formal training is typically offered through local hospitals as well as many job-training centers, the basics are simple enough to be self-taught using online resources. Any able-bodied citizen can learn these procedures, and spreading this knowledge throughout a population increases the probability that someone facing an emergency away from definitive medical treatment might have the help they need nearby.

CPR has been around for quite a while. The first formalized instruction in rescue breathing was undertaken in 1740 by the Paris Academy of Sciences for use with drowning victims. The first recorded use of chest compressions was in 1891 by Dr. Friedrich Maass. While formal training is always preferable, the basic process is still simple enough for the untrained layperson. In fact, the American Heart Association (AHA) offers a one-minute online video that teaches the basics of hands-only CPR.

In these days of widespread cell phone use, shout for help or dial 911 as soon as you encounter an unresponsive victim. Ideally, somebody nearby will be able to summon an ambulance. Look and listen for spontaneous breathing and see if the victim’s chest is moving. With hysterical bystanders adding their contributions to the din, this can be tough. If there is no spontaneous response, however, it is time for assertive action.

Chest compressions are more critical than rescue breathing, and the AHA advocates hands-only CPR for the layman. An aversion to rescue breathing is the most common stated reason bystanders give for not administering CPR, and this should never stand as an impediment to rendering aid. Survival rates for patients with cardiac arrest outside a hospital are dismal, so you have little to lose from at least attempting the procedure.

Place the unresponsive adult patient on their back on a flat surface. Position one of your hands, palm down, over the breastbone midway between the nipples. Interlock your fingers and use the support hand to pull the fingers of the primary hand back and up slightly. Now press down vigorously at least 2 inches until you feel the chest compress before relaxing to allow the chest to recoil fully. Do this at a fairly rapid cadence, about 100 strokes per minute, for 30 strokes at a time. This should take about 18 seconds. Keep in mind that you are trying to keep this person from dying and this is a desperate maneuver. Properly executed CPR can break ribs, particularly in elderly patients.

Every 30 strokes, stop to quickly assess the patient for responsiveness and administer a pair of rescue breaths if you are comfortable doing so. Don’t waste time. Near-constant chest compressions are critical to success. Continue CPR until help arrives or you are too exhausted to continue. You get about four minutes after a cardiac arrest before brain death ensues. CPR can extend this period substantially if administered quickly and competently.

If you’re comfortable with it, rescue breathing is administered at the rate of two breaths for every 30 chest compressions. First, tilt the patient’s head backward and clear the airway. Pinch the patient’s nose and blow into their mouth to inflate the chest. Allow a moment for the chest to deflate and repeat the process. In real life, this will be likely be off-putting. Blue, unresponsive people are scary-looking and vomit is frequently involved. A barrier mask is always preferable, but most CPR situations occur without such equipment on hand.

Dr. Henry Heimlich was an American thoracic surgeon born in 1920 in Wilmington, Delaware, who is widely accepted as the inventor of the eponymous technique of using abdominal thrusts to treat choking emergently. Among other accomplishments, Dr. Heimlich also invented the flutter valve commonly used by surgeons to drain blood and air out of the chest cavity in the event of a pneumo- or hemothorax. A choking victim will typically clutch his or her throat, get bug-eyed and slack-jawed, and stand up spontaneously. Serious choking victims will be unable to speak. If they are coughing, do not attempt the Heimlich or beat on their backs as the cough indicates only a partial blockage of the victim’s windpipe.

If faced with such a scenario, position yourself behind the person and lock your hands in the soft part of their belly, between the navel and the breastbone. Stow the thumb of the primary hand within your fist to avoid unduly injuring the victim. Pull in and up in a J-shaped motion as if you were trying to lift the person off the ground. Stop between efforts to ask the victim if they are better but repeat the process as necessary.

Expect the patient to lose consciousness and take care that they do not fall. These abdominal thrusts dispel residual air in the lungs vigorously in an effort at propelling an offending object up and out. Though this maneuver has saved countless lives, the Heimlich is such an informal procedure that gathering reliable data regarding its use in the general population is not practical. However, in both of the cases I have personally encountered, the maneuver was spectacularly effective.

CPR and the Heimlich maneuver are scary and violent when performed for real, but they can make the difference between life and death for a patient in extremis. The process differs for infants, children and pregnant patients, and ideally you will take a class to learn the proper way to perform these procedures. In a desperate circumstance, however, the basics described here can still save lives.

For more information on the American Heart Association’s Hands-Only CPR technique, check out a one-minute tutorial video at heart.org. 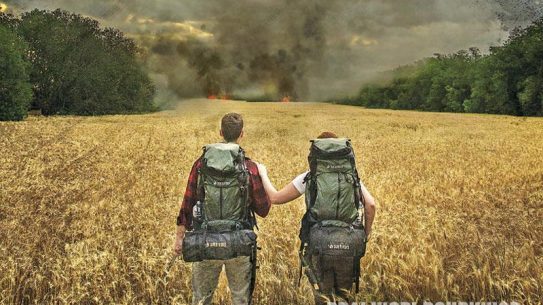 Survival on the Fly: Natural Antiseptics for Treating Wounds & Cuts

These natural remedies will help you beat the odds when the chips are down!