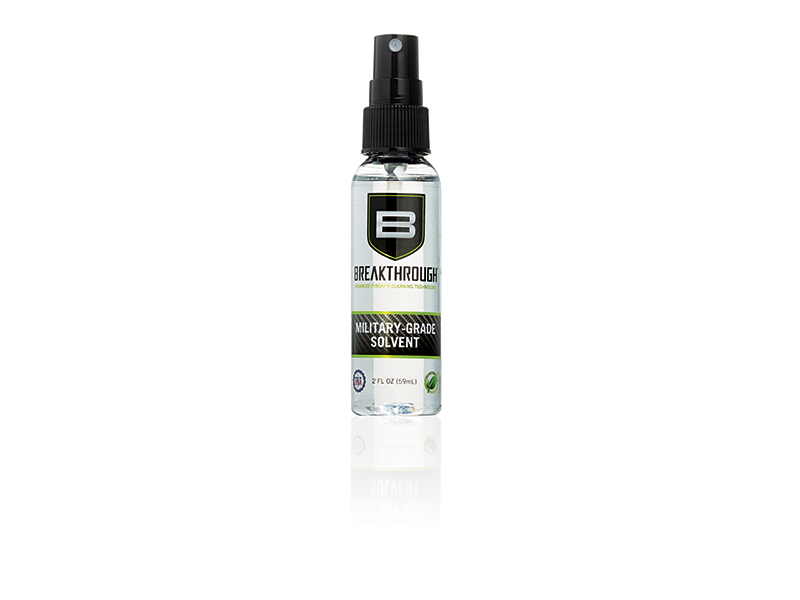 I’m guilty. Quite simply, I don’t clean my firearms every time I shoot. Although a completely laudable and worthwhile goal, as a working firearms instructor, I would be cleaning almost every working day while running training or qualification shoots. Now, you should know that I never let my daily carry pistol, revolver and patrol or “truck carbine” get completely filthy, but every time I shoot them I’m not scrubbing them down. So, when I discovered Breakthrough Clean’s solvent, lube oil and grease, I had a pretty dirty Glock 19 on my hip to try them out on.

First of all, the solvent is extremely dry, meaning that it evaporated quickly and left no residue. I sprayed the solvent onto my cleaning patch and ran it through the barrel to set. I then sprayed my cleaning brush and set about cleaning the frame and slide of my pistol. Many folks spray solvents directly onto their firearms, but, depending on the cleaning product, this can be a problem. Several years ago, my agency had too many folks spraying an orange-based solvent directly onto their pistols. Though the solvent did its job, it left behind a gummy residue, which impeded the striker on several pistols from functioning properly. When the pistol was detail stripped, a black, tacky residue was found in the striker channel. Once again, this was a combination of a product that left behind an unacceptable residue and improper application via pumping it directly on the handgun. I believe Breakthrough Clean’s solvent would not cause that problem because it evaporates so cleanly and quickly.

Breakthrough products have been approved by the Department of Defense for use. The company states that its solvent has been manufactured by a proprietary distillation process that “removes all toxins and carcinogens, which allows our Military-Grade Solvent to completely evaporate, leaving no residue behind.”

Further, Breakthrough states that its solvent “has no odor compared to the volatile chemical odor in traditional firearm cleaning solvents.” The company’s gun-cleaning products are safe to use on wood, plastic and composite parts, as well as those that have received Cerakote and hydroprinted finishes.

After cleaning, my pistol was virtually solvent free. A quick wipe of a clean rag and I was ready to use the lubricant. Once again, many shooters over-oil or over-lube their pistols, which can attract dust and grit. Following Glock’s recommendation, I applied the Battle Born High Purity Oil at the lube points, and I was then back in duty shape.

Long-term storage of firearms can be a problem since many lubricants often evaporate and allow rust to settle in. Breakthrough promises that its lubricants will evaporate at a slower rate than many others on the market. Further, in extreme weather and environmental conditions, cleaning and lubricating your firearms can be an issue as well. Breakthrough products are considered non-flammable, so combustibility during storage is not a problem.

Whether you’re storing your guns for long-term use or use them on a regular basis, Breakthrough Clean’s solvents and oils will clean and protect them better and safer than many standard cleaning agents and lubricating oils. For more, visit breakthroughclean.com or call 888-455-5499. 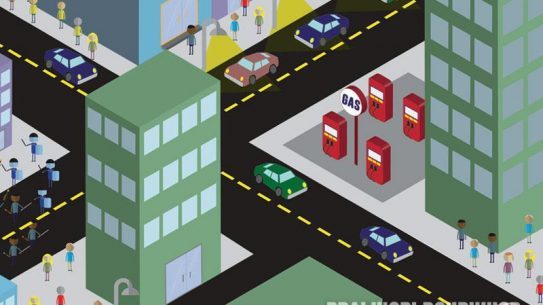 Becoming The ‘Gray Man’: 10 Ways to Blend In and Survive

Staying Gray Is Not A Game, It’s A Proven Way To Survive.