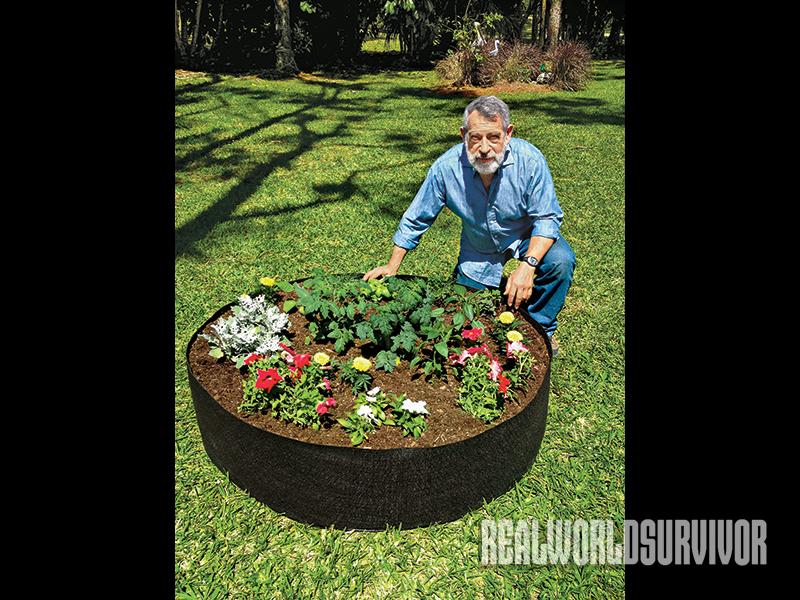 1 of 3
Use Grow Bags for A Healthy Garden
This large Grow Bag makes it possible to grow a variety of plants in one container. 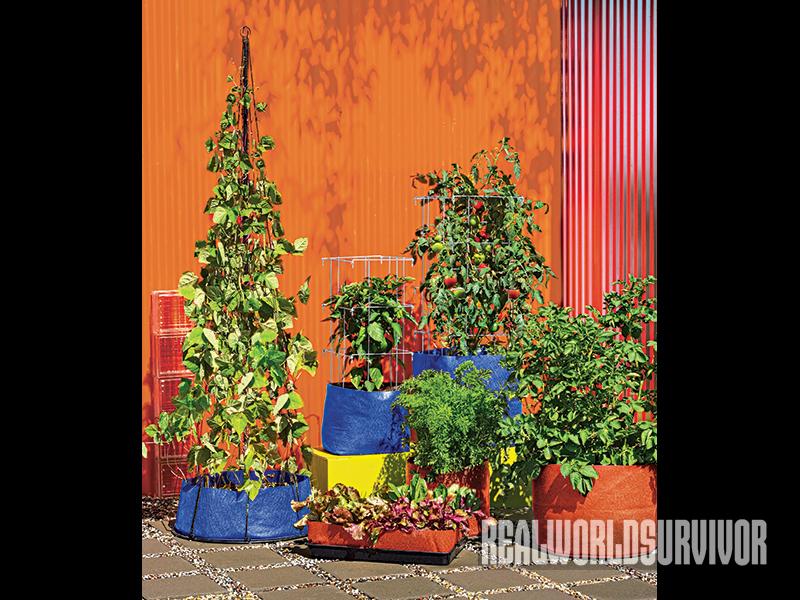 2 of 3
Use Grow Bags for A Healthy Garden
Grow Bags come in a variety of sizes, shapes and colors. Some are designed for specific vegetables, such as tomatoes and peppers. 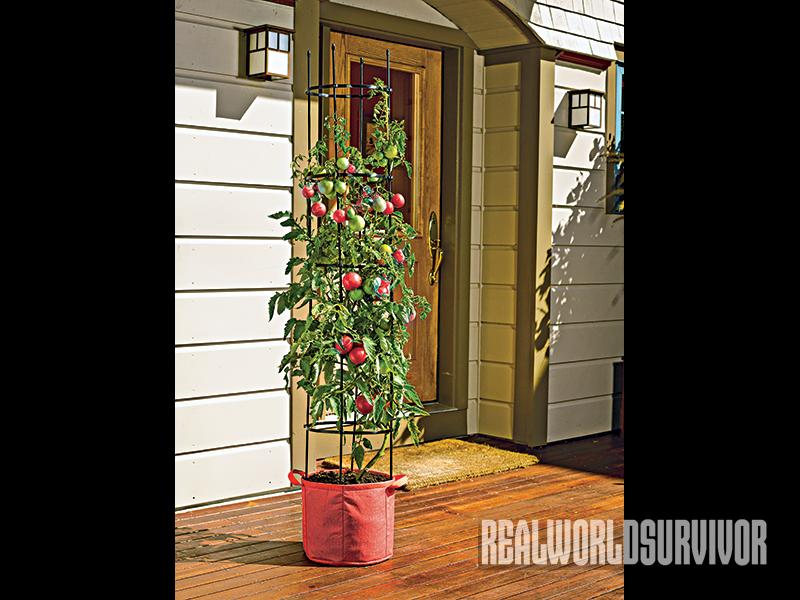 3 of 3
Use Grow Bags for A Healthy Garden
Tomato Grow Bags have sewn-in channels to hold cages in place. The handles make it easy to move the bags and give plants the best exposure as the seasons change. 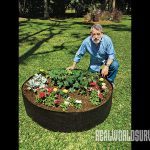 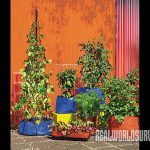 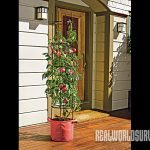 Containers can be tricky. They’re invaluable for those who don’t have garden space or whose soil is extremely poor. Even if you have space there are areas of the country where the soil is so poor, or laden with heavy metals from historic mining or industrial use, that you wouldn’t want to eat anything grown in it. Containers are the way to go in either situation.

Most people grab plastic or even clay pots to remedy the problem, yet they have a tendency to overheat, dry out and compress the roots, making the plants less productive. But I’m confident I found the remedy for all three issues.

Last year I spoke with Theresa Martz, the author of Organic Gardening: Cutting Through the Hype to the 3 Keys to Successful Gardening, who also shares her 36 years of experience on her website called Tending My Garden (tendingmygarden.com).

In our discussions, she sent me a jaw-dropping picture of her “General Lee” cucumber growing up a trellis. I seriously had to do a double take when she told me it was grown in a Gardener’s Supply Company (gardeners.com) “Grow Bag” (also called “Smart Bags” by some companies). I couldn’t believe such an enormous plant could grow in a container of any sort. And at Gardener’s Supply Company, several styles are available including the Tomato Grow Bag Kit, Jumbo Potato Bag, The Universal Kit, the Terrace Kit and more.

Theresa had never been a container person either, but she thought it was worth giving the bags a try when a friend beat a flea beetle problem by growing his eggplants in containers roughly a foot off the ground. She started researching container options, and decided that the polypropylene fabric Grow Bags sounded like the best option.

Theresa was sold on them the first season. She had never had much luck with eggplants, but once her two plants in a single Grow Bag were established, they took off.

“The plants got 3 feet tall, and when those big pink/purple blossoms came I was excited,” she said. One plant produced three eggplants and the other gave her nine beautiful fruits. She said the flea beetles eventually did find the plants, but they were large enough to withstand the attack. Since her initial eggplant experiment, she’s also tried cucumbers, which obviously thrive in the conditions, as well as potatoes.

Why Bags Are Fab

“Unlike a pot, a good Grow Bag releases up to 30 degrees Fahrenheit more heat than traditional plastic,” Theresa explained. “Since the container stays cooler, the roots can grow in hotter temperatures, as well as keep microorganism life alive and working inside the Grow Bag.”

This heat disbursement can’t be over emphasized. “If you have heat on your roots, you’re not going to have produce,” she said. “In order to be successful, you want the really good Grow Bags made from a two-layer, special fabric that is breathable and allows for good drainage. The roots won’t circle like they do in a pot or container. They grow all the way to the edge and are air pruned. When that happens, the roots branch, making a more extensive root system.”

Air pruning is especially important if you’re going to raise perennial crops, such as the blueberries I’m growing (since blueberries will not tolerate our alkaline soil, the only way to grow them around here is in a controlled container) because they won’t become root bound. Even tomatoes and other vigorous annual vegetables send out tremendous root growth. By using the fabric bag, you are helping create a far healthier foundation for the plant.

As for soil, Maree Gaetini, director of gardening relations and good works at Gardener’s Supply in Burlington, Vermont, recommends keeping the soil on the lighter side, just as you do in other types of containers.

Theresa, who has amended her soil for decades, uses her own mix. “I filled the bags with a mix of some decaying straw and soil that I took from the bottom of the ‘cold’ compost pile,” she said. Other times, she’s added a few scoops of her rich garden soil.

If you don’t have compost-like garden soil at home, you can create your mix or use a good-quality soil geared towards containers. Maree said that many people use the Gardener’s Supply container mix, which is created with compost, sphagnum peat moss and vermiculite to provide good tilth and nutrients.

One of the best features about the Grow Bags is the range of sizes. The Jumbo Grow Bag holds 120 quarts of potting soil and is 25 inches in diameter. This opens up a world of possibilities for what you can grow. Honestly, from corn to sweet potatoes, I can’t think of anything you can’t grow in one.

In each of her Grow Bags, Theresa planted two eggplants, five cucumbers and two Window-Box Roma tomatoes. These were supplements to her already extensive garden, which demonstrates how people with plenty of in-ground garden space can benefit. If you live in an apartment or have a tiny backyard, the bags can provide plenty of gardening opportunities.

To make the possibilities even more enticing, Maree introduced me to the many options now offered. If I thought the jumbo Grow Bags were fun, I was delighted to see the ones specifically for tomatoes (which are deeper to accommodate the tap root), tall ones for potatoes as well as different sizes and depths for peppers, carrots and garlic. You can certainly use the “pepper” Grow Bag for other vegetables, but it’s good to know that they have an ideal size, particularly for new gardeners.

Theresa is growing basil in one of the smaller Grow Bags in order to bring it inside at the end of the season. She sows the basil seed in it towards the end of the season. If foul weather threatens the tender plants, she moves the Grow Bag indoors. When the sun comes out and temperatures warm, she simply takes it back outside. “It’s very practical for me,” she said.

An accessory to Grow Bags that is immensely helpful, particularly to those of us who seem to do nothing but water during the summer, is the self-watering tray. It’s a plastic-bottomed reservoir that you fill with water, and a fiber mat pulls the water from the tray. It fits the “Salad Garden” Grow Bag perfectly, or you can fit two pepper bags on it (it’s an inch shy, but it definitely works). Pulling water from the roots is the ideal way to water, and the self-watering tray gives people latitude to leave for a couple of days without coming home to dehydrated vegetables.

When using the tray, the only thing you have to do is cut a little hole where the notch is in the plastic top of the support so you can pour water into the tray. Pour enough in to soak the mat, then add more to top off the level in the tray. After three to four days, check the water level again.

For Theresa, watering the Grow Bags in her garden is not a huge issue. “I’m so used to not having to water,” she said. “I tend to forget. The only way I know to water is if the plants don’t look so hot.” During the summer, she might haul a gallon of water out a couple of times over a month if it’s excessively dry.

As far as watering goes, you don’t have to worry about oversaturating your plants as you do with plastic or clay containers. Many of us were taught to put gravel in the bottom of a container to provide drainage; in reality, we just create a dead zone for the roots and open up the possibility of rot. Grow Bags don’t do that, allowing every inch of space to be used.

As she does with any garden bed, Theresa recommends mulching around the plants in the Grow Bag. Straw is an easy and fairly inexpensive option that helps to keep moisture in the soil and maintain a more temperate soil temperature. Since the Grow Bags do such a good job of dispersing heat, it’s a shame to have the top layer heat up and destroy your efforts.

Maree recommends dumping the soil out of Grow Bags at the end of the season, and bringing them indoors. “They’ll last three to five seasons,” she noted. To clean them, she said to wash them out with a hose or in the sink, allow them to dry and fold them to store. They don’t take up much space.

You don’t have to store them if you have perennial crops, or if you wish to plant cover crops in them. Theresa planted alfalfa as a green manure crop in her Grow Bags. It fixes nitrogen into the soil, and provides additional organic matter. In the spring, she’ll turn it under the soil before planting. After being left out for four winters, Theresa said that her Grow Bags still look good as new.

Grow Bags are equally valuable for fall crops, particularly since you can bring the plants onto a porch or pull them into the garage on those early chilly nights. So many times we’ve had a September freeze that nipped everything in the garden, only to warm up to ideal growing conditions for several more weeks. When the plants are in the portable Grow Bag, you can stay a step ahead of the weather to harvest well into the autumn season.

Using fabric Grow Bags is one way for gardeners with limited space or sub-standard soil to grow anything they want. They are portable, last for years and are practical. 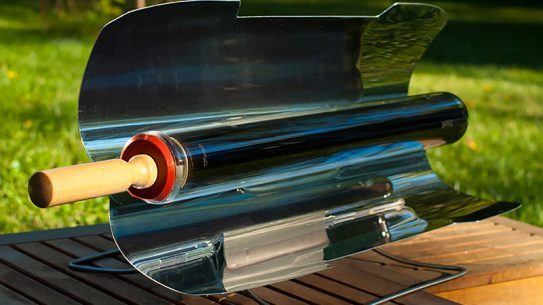 From medical gear to cutting-edge shelter technology, check out the latest survival gear to...