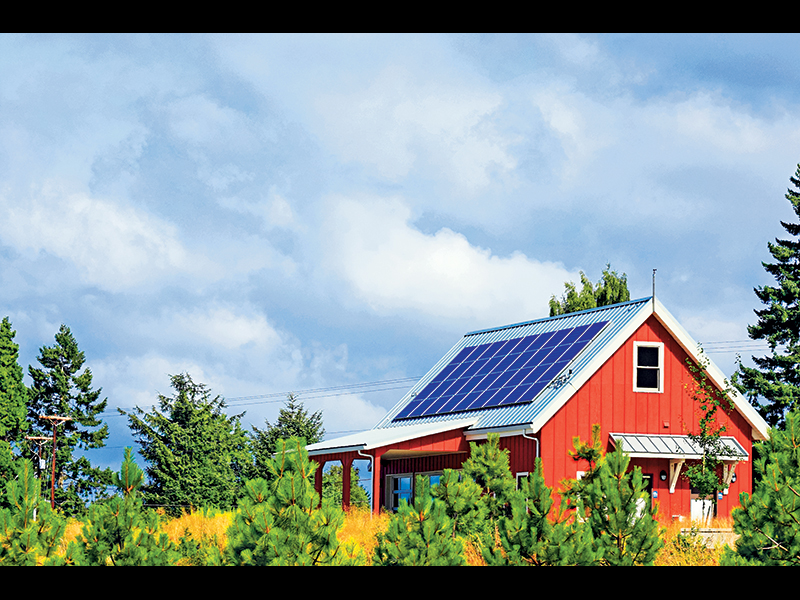 1 of 6
Photo by Bigstock
Use Batteries for A Fully Charged House
A large solar array is a good investment for an off-grid house, as long as the battery bank is sized to store most of the energy they produce. 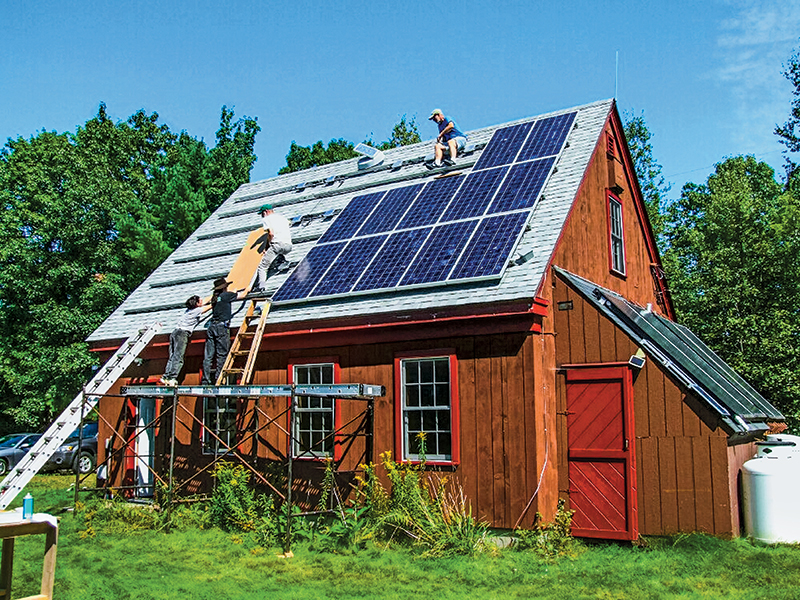 2 of 6
Use Batteries for A Fully Charged House
Off-grid batteries store large amounts of energy that they release slowly over hours or even days. 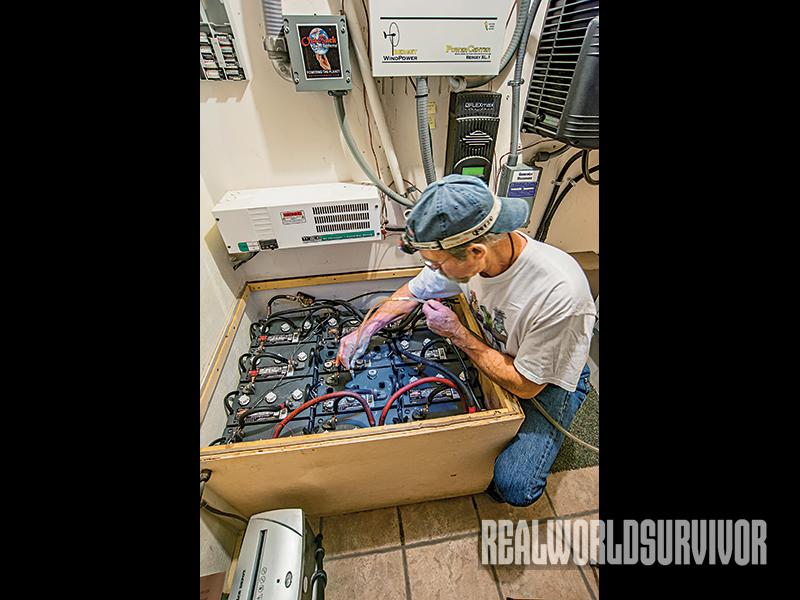 3 of 6
Photo by Thomas Kirchen
Use Batteries for A Fully Charged House
Watering the batteries is a ritual that must be performed every two or three months. The author siphons water through a gum-rubber hose, which he can easily pinch closed with his fingertips. 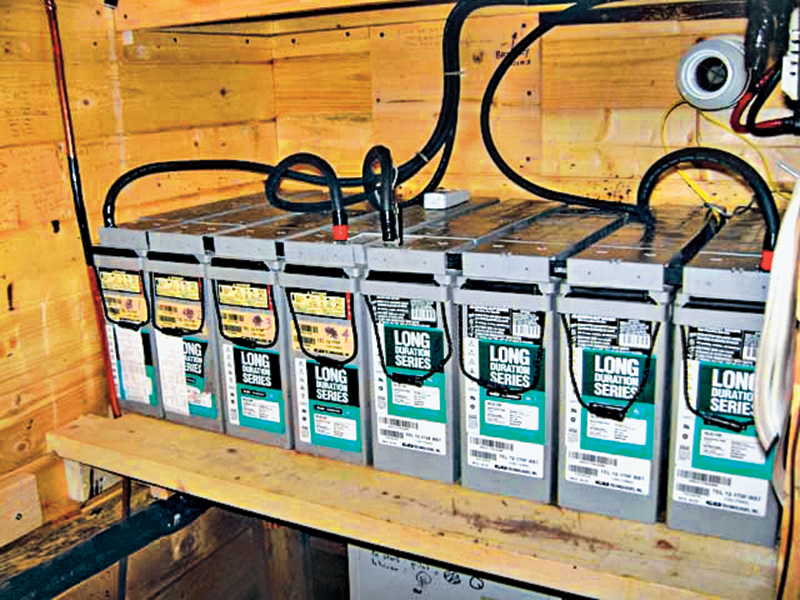 4 of 6
Photo by Backwoods Solar Customers
Use Batteries for A Fully Charged House
Sealed batteries eliminate the need for periodic watering, but this convenience comes with a price. They do not require a vented enclosure and can be stacked in any position. 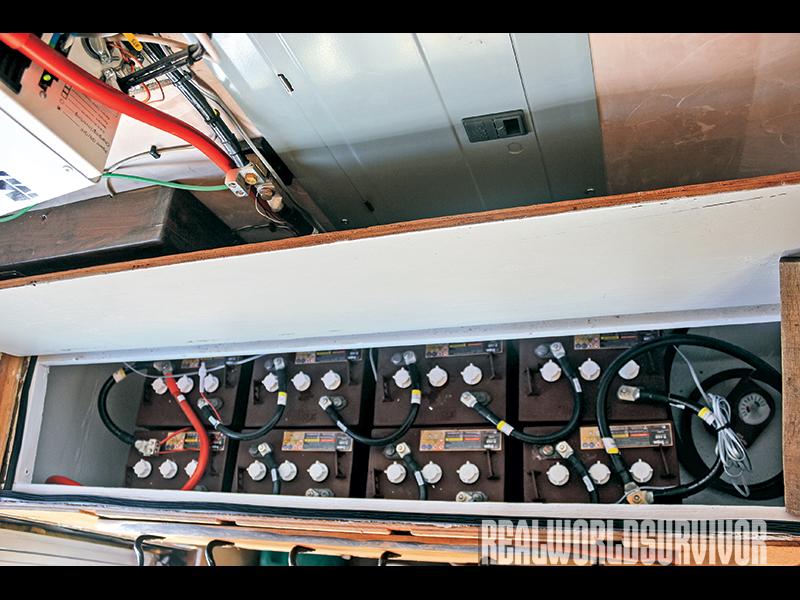 5 of 6
Use Batteries for A Fully Charged House
Let’s face it, there’s nothing truly glamorous about a box full of batteries. If you’re tight on space, and decent enough at using a few power tools, then craft your very own battery storage closet. 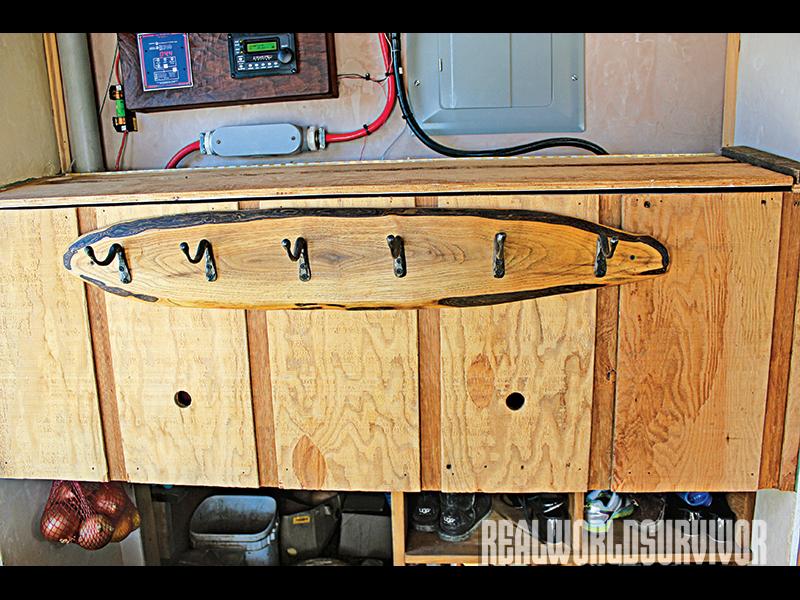 6 of 6
Use Batteries for A Fully Charged House
The battery bank shown here pulls multiple duties as a useful workspace, a place to hang caps and clothes and store shoes and boots. 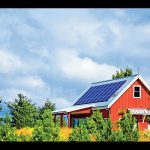 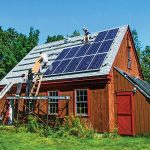 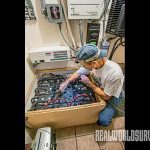 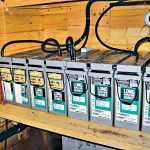 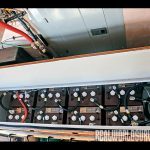 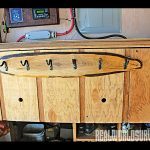 A large part of going off-grid is warming up to things you normally wouldn’t want to warm up to, like strange-looking components that continually hum and a noisy backup generator that takes up space and requires you to keep several gallons of gasoline on hand. And then there are the batteries, gurgling away in their own well-vented space. They’re heavy and bulky and filled with a fluid so caustic that one drop can ruin a garment, and when they’re all wired together they look more like the power supply for a World War II submarine than reservoirs of precious sunshine.

But in order for your off-grid venture to be successful, you really do need them, so you will want to spend a little time choosing the best batteries for your particular system.

A battery stores electrical energy in pretty much the same way a chunk of firewood stores heat, which is to say within its chemical bonds. The difference is that, unlike firewood, the processes of storing and releasing energy inside a battery are reversible. Whenever a battery discharges (providing electricity to your home), the lead on the negative plates and the lead dioxide on the positive plates both interact with sulfuric acid to make lead sulfate. Then, when energy is added back into the battery, the lead sulfate dissolves back into solution.

The problem is, it doesn’t all dissolve. There is always a little lead sulfate remaining, and continuous charging and discharging will eventually leave substantial lead sulfate residues on the plates, residues that will begin to impair a battery’s performance by reducing the available surface area. Eventually, the battery can no longer hold a charge.

Not all batteries are the same, and some batteries are more tolerant of continual and prolonged cycles of charging and discharging, which is the type of duty they will be exposed to in an off-grid system. The battery in your car or pickup, for instance, has thin plates with lots of surface area to allow for an instant release of energy for starting the engine, followed by a quick recharging cycle. An automotive battery does well with this design because most of the time it’s fully charged and has very little to do.

Off-grid batteries, by contrast, lead very different lives. They store large amounts of energy that they release slowly over hours or even days. A car battery will quickly wear out under this type of duty, which is why off-grid batteries are designed with fewer and thicker plates better suited for slow and continuous duty. This makes them heavy and expensive but well worth the money, since anything less—including deep-cycle marine batteries, which are about halfway between a car battery and a true solar battery—will be unequal to the task.

We began with a bank of 20 Trojan T-105s, which lasted maybe five years, then moved up to a bank of a dozen Trojan L16s, which gave us seven years of good service. Currently, we have 24 Deka L16s in two separate banks that work well for our needs.

But for those of you just starting out, choices for flooded, lead-acid batteries for off-grid systems abound. There are currently several battery types in between the T-105 and the L16, and if you’re looking for even bigger batteries, both Trojan and Rolls-Surrette offer large, industrial-style batteries in the 2-, 4-, 6- and 8-volt range. They’re expensive but quite robust.

For truly large solar and/or wind systems, check out Deka’s Maintenance Saver line, or Solar One’s line of HuP (High Utilization Positive) batteries. These are top-of-the-line designs, particularly the HuP batteries, which use Teflon in the lead paste coating the positive plate to eliminate flaking and shedding of the plate material. Both these battery lines are designed for a decade or more of service, and both are quite heavy, weighing in from a few hundred pounds to over 3,000 pounds. They are also not cheap.

In addition to the obvious advantage of never having to add water to these batteries, they can also be stacked and stored in any position and do not require a vented enclosure. However, since any water lost (through one-way safety valves) cannot be replaced, they must be charged to strict parameters at lower voltages than flooded batteries.

They are also quite expensive, generally costing around twice as much as flooded batteries for the same capacity and life expectancy in an off-grid environment. Among the numerous sealed batteries currently being offered for off-grid systems, Concorde’s Sun Xtender line is perhaps the most popular.

Which batteries are right for you? In terms of value (lifetime performance divided by cost), flooded batteries will stretch your dollar further, especially in systems where the batteries are worked hard. Providing you don’t mind performing occasional maintenance (which amounts to little more than adding distilled water every two or three months), you should consider flooded batteries as your first choice.

Choosing batteries is often an exercise in mathematics. Once you determine how many total amp hours of stored electricity you will need, it’s up to you to decide how best to achieve that goal.

Twelve L16s at 400 amp hours each will thus provide a total of 4,800 amp hours at 6 volts, or 1,200 amp hours at 24 volts. This translates to a little under 30 kilowatt hours of total storage, of which 15 kWh can be used without causing permanent damage to the batteries.

Limiting the number of series strings is desirable, as each additional string makes it increasingly harder to work every battery to the same degree. That’s why a friend of ours opted to connect twelve 4-volt batteries in a single series string to power his 48-volt system.

However you go about it, there are now more choices for off-grid solar batteries than ever before. The only limitations are your wallet and your available floor space. To learn more about off-grid batteries now available, visit backwoodssolar.com. 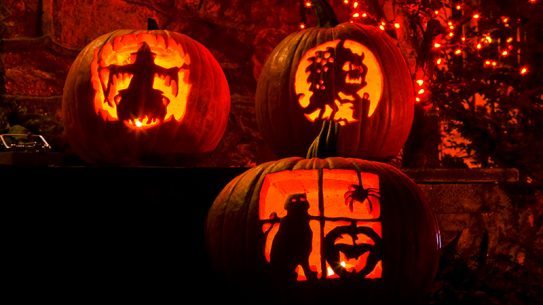 Tips to Prevent Fires This Halloween