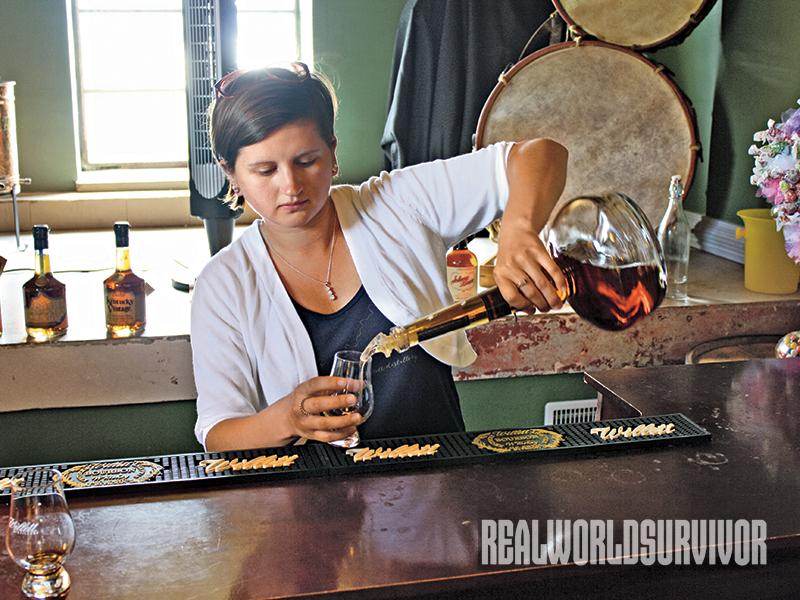 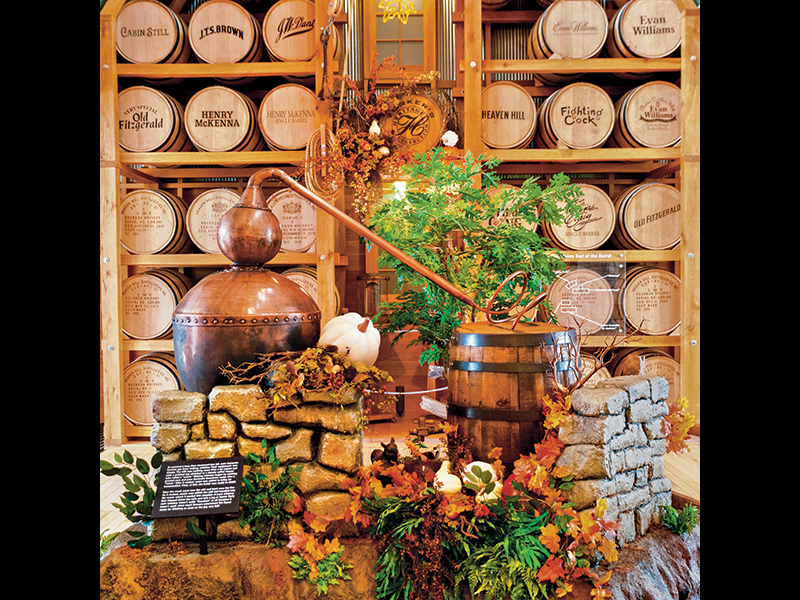 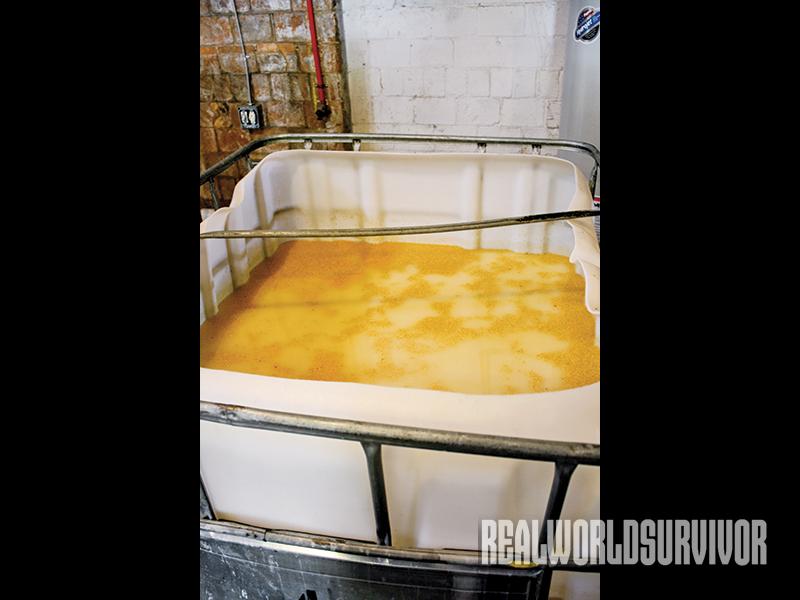 3 of 6
Photo by Jereme Zimmerman
Bourbon Country: Sustainable Distilleries in Kentucky
Fermenting mash at Barrel House Distillery in the Lexington Distillery District. To the author, Barrel House has the atmosphere of a distillery from a bygone era. 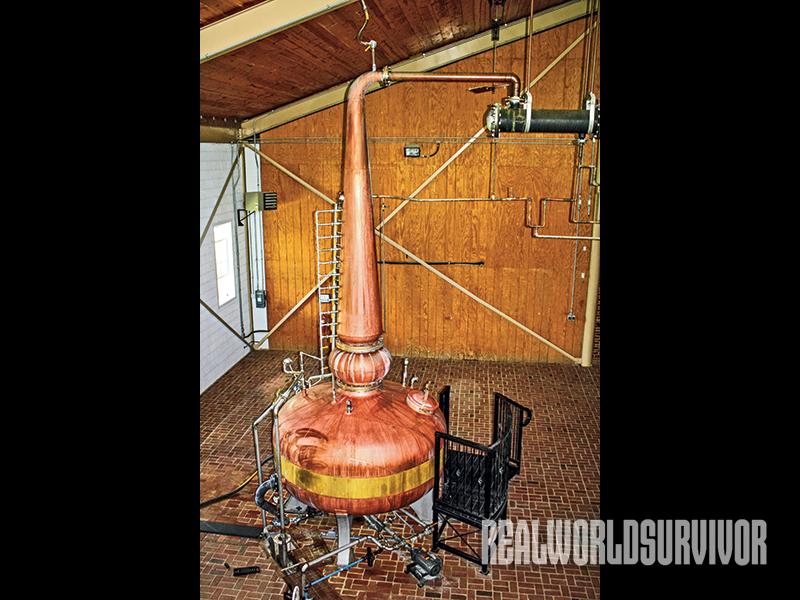 4 of 6
Photo by Jereme Zimmerman
Bourbon Country: Sustainable Distilleries in Kentucky
Willett Distillery’s bourbon still is two stories high. It is one of the larger craft distillers and will soon reach a capacity that will make it a “boutique” distillery. 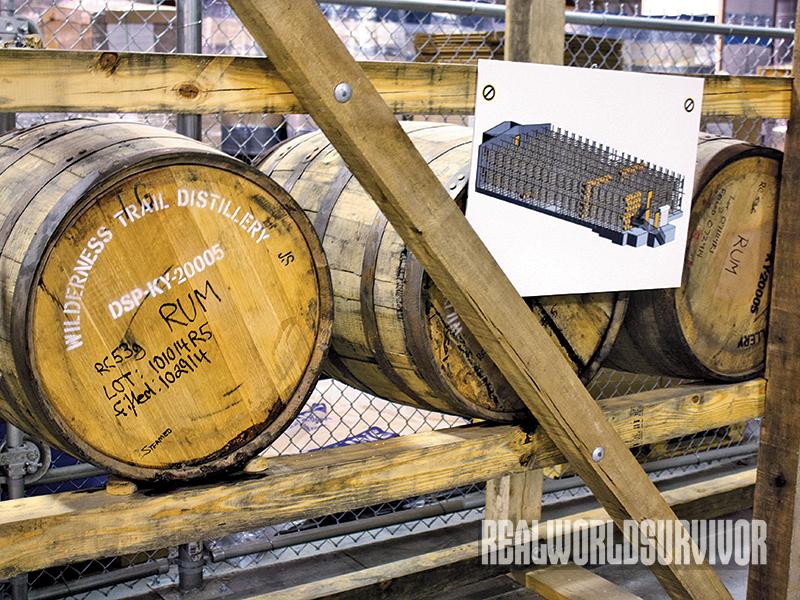 5 of 6
Photo by Jereme Zimmerman
Bourbon Country: Sustainable Distilleries in Kentucky
Wilderness Trail Distillery stores its rum and other liquor barrels in its current facility while a cutting-edge new distillery and rickhouse are being built. 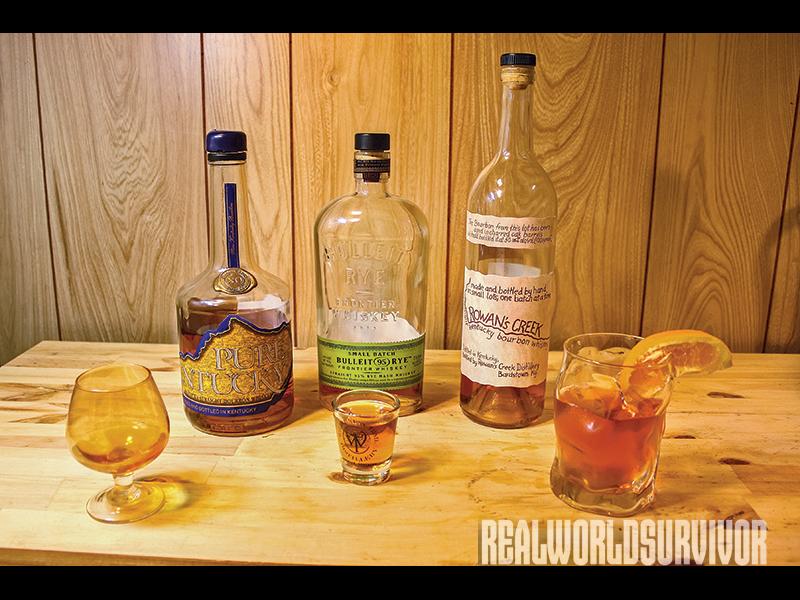 6 of 6
Photo by Jereme Zimmerman
Bourbon Country: Sustainable Distilleries in Kentucky
Some bourbon- tasting essentials. L to R: a snifter allows the aroma of the bourbon to linger at the opening; a shot glass for the less sophisticated bourbon drinker; an Old Fashioned, arguably the first cocktail, contains bourbon, simple syrup, a few drops of aromatic bitters, an orange slice and cube of ice. 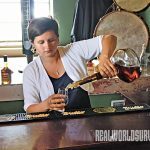 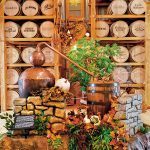 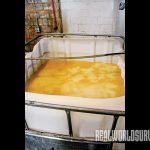 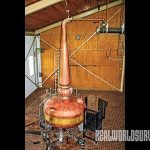 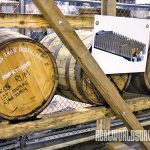 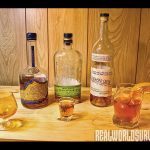 Like the craft beer boom over the last couple of decades, craft spirits are about to have their day. Micro-distilleries are beginning to pop up all over the country. My home state of Kentucky is the heartland of bourbon. Despite popular belief, bourbon can be made outside of Kentucky, but 95 percent of the world’s bourbon is produced here.

Kentucky is known for a handful of classic bourbon distilleries, with traditions going back more than 100 years in some cases. The craft distillery movement is in a boom period right now, meaning these old-timers are about to be challenged. Many of the smaller distilleries have yet to offer their bourbon for sale, though. They can sell it legally as straight bourbon (provided it was made in the United States), but most prefer to age their bourbon at least four years to prevent a “hot” (harsh on the tongue) flavor.

Craft distilleries take the “craft” part of their nomenclature seriously, and most are trying not to rush the process, nor do they necessarily have plans for expanding.

Wilderness Trail Distillery in Danville has a motto that says it all: “We are not interested in making a lot of product, just the best tasting product that can be made.”

Among other things, to be classified as straight bourbon the whiskey must be:

From Grain To Glass

As with the pioneers of the original bourbon distilleries, these up-and-comers are taking advantage of the features of the land and striving to source ingredients from grain to glass from within just a few miles of their front doors. Wilderness Trail, like other young distilleries, is producing other distilled spirits, such as vodka and rum (made from Kentucky sorghum rather than the standard sugar cane), while aging its bourbon patiently. Some, like Barrel House Distillery in the Lexington Distillery District, even sell moonshine.

There are currently nine distilleries listed on the Kentucky Bourbon Trail Craft Tour, but unfortunately one, Silver Trail Distillery in Hardin, is closed due to a fire. Each distillery offers its own spin on this uniquely American spirit.

The one factor that ties them all together is the pride they take in the attention they give their bourbon by producing it on a smaller scale. Also, each works to use grains locally and sustainably grown. But this has always been the case with bourbon. To borrow a wine industry term, terroir—the local soil, climate and other environmental factors—is of vital importance to the flavor of bourbon.

It’s not just the small guys who are doing this. Maker’s Mark, an established distillery that produces hundreds of thousands of bottles of bourbon a year, sources all of its ingredients from farms that lie within 30 miles of the distillery.

Craft distillers are particularly focused on terroir, though, as many see themselves as emulating their migrant forbearers (primarily Scots-Irish) who first set up distilleries in Kentucky to continue long-standing liquor-distillation traditions.

Wilderness Trail, for instance, procures its corn and wheat from Caverndale Farms, a third-generation farm less than 3 miles from the distillery, and sorghum from Townsend Sorghum Mill, a sorghum producer in Jeffersonville, Kentucky.

On a weekly basis, the fresh grains are transported to the distillery, and ground to Wilderness Trail’s specifications with a hammer-mill. The one exception is that Wilderness sources barley malt from Wisconsin, since barley can be difficult to grow in Kentucky’s humid climate. The distillery is transparent in stating that, while its wheat and sorghum are organic and non-GMO, the corn is grown from hybrid seeds.

The distilling process creates a great deal of waste, but Wilderness Trail counterbalances this by returning the used mash to Caverndale Farm, where it is fed to the beef cattle. The distillery also recovers and reuses water from its chiller and distills bourbon in barrels made of wood from a managed white oak forest.

Wilderness Trail likes to combine tradition with cutting-edge research, with an R&D lab on site where genetically modified yeast strains are produced specifically for distilling ethanol (liquor distilled for use as a gasoline additive). The ethanol industry makes up a large percentage of the distillery’s customer base. For these strains, it is more interested in high yield than quality since no one will be drinking the alcohol produced.

For the drinking liquors the distillers at Wilderness Trail capture and cultivate native wild yeasts, just as the early distillers would have done. However, unlike what has become a time-honored process for distilling bourbon, the grains are fermented using a “sweet mash” rather than a “sour mash.”

Distilleries are able to pass on their signature flavor by adding some previously distilled mash to start the next batch. The resultant product is called “sour mash.” Jim Beam, for example, still uses a sour mash passed down since the end of Prohibition. This acid from the “old” bourbon helps control bacteria in the “new” bourbon, and allows for more consistency.

But Wilderness Trail inoculates each new batch with fresh yeast, water and grains. As the distillers admit, this is the hard way of doing things, but it’s the way the old-timers did it and allows them to create a carefully controlled single-barrel bourbon, meaning that each bourbon goes from vat to bottle without ever having left the barrel in which it was distilled.

Many distilleries age their barrels in large, multi-story “rickhouses,” in which each bourbon matures differently, depending on its location in the rickhouse. Barrels nearer the top, for example, will “breathe” (expand and contract) more due to the warmer temperature, imparting more of the oak flavor to the bourbon. Each barrel is then taste-tested by the master distiller, who either chooses to keep a particularly good bourbon as a single-barrel, or blends several barrels to create a “small batch” bourbon.

Even for the large distilleries that employ a significant degree of mechanization, some parts of the process simply require human intervention, though by the nature of their size, there is still a disconnect between them and their customers. The smaller distilleries can offer their customers something the big boys can’t—a personal touch.

From the distilleries I have toured so far, the one that felt the most like visiting a distillery from the early days was Barrel House Distillery. The scientific process used at Wilderness Trail is fascinating, but it is currently housed in a modern industrial building while a new distillery and rickhouse are being built.

Willett Distillery in Bardstown, the heart of bourbon country, has an impressive facility. It has several rickhouses and is transitioning to “boutique” status since it will soon be producing more than the required 50,000 barrels (or less) per year required to remain a craft distillery.

Barrel House reminded me more of some of the smaller craft breweries I’ve visited. Housed in the former James E. Pepper Distillery building (which had a permit to produce medicinal bourbon during Prohibition), everything is done on the smallest scale possible. There is no laboratory, and the bourbon is made using the time-honored sour mash process. Everything feels gritty and homey, and the barrels of rum, vodka and moonshine are stored practically in spitting distance from the distillery. The small rickhouse is also a short distance from the distillery.

Each craft distillery has its own story, and I encourage you to visit them all. Spend some time driving through the rolling hills along the Kentucky Bourbon Trail and you’ll be a bourbon aficionado in no time. As a Kentucky native and longtime bourbon drinker, it pleases me to see bourbon beginning to head the way  of the craft beer industry. 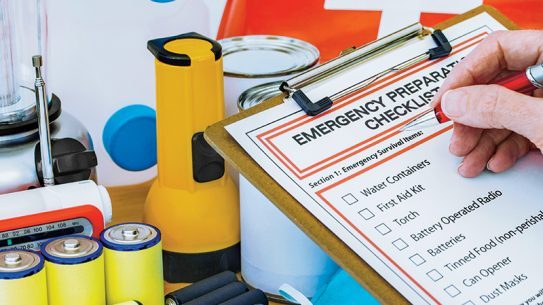