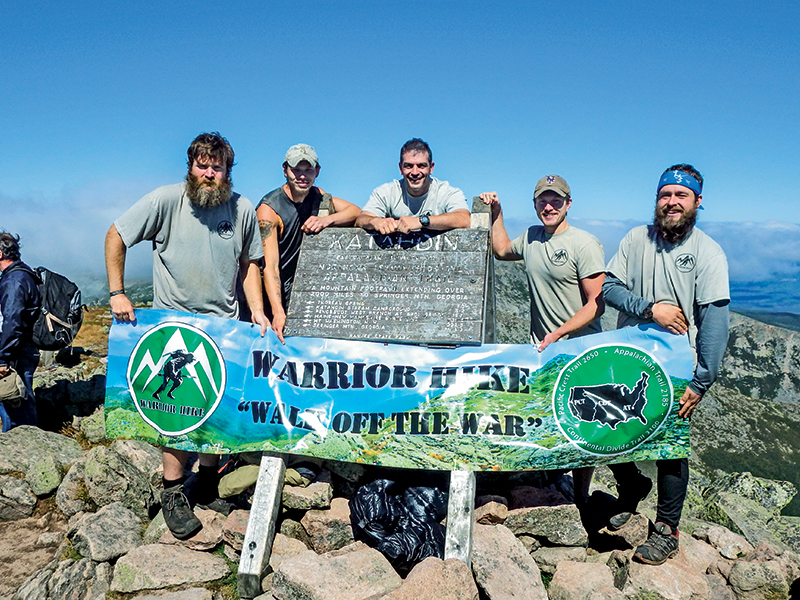 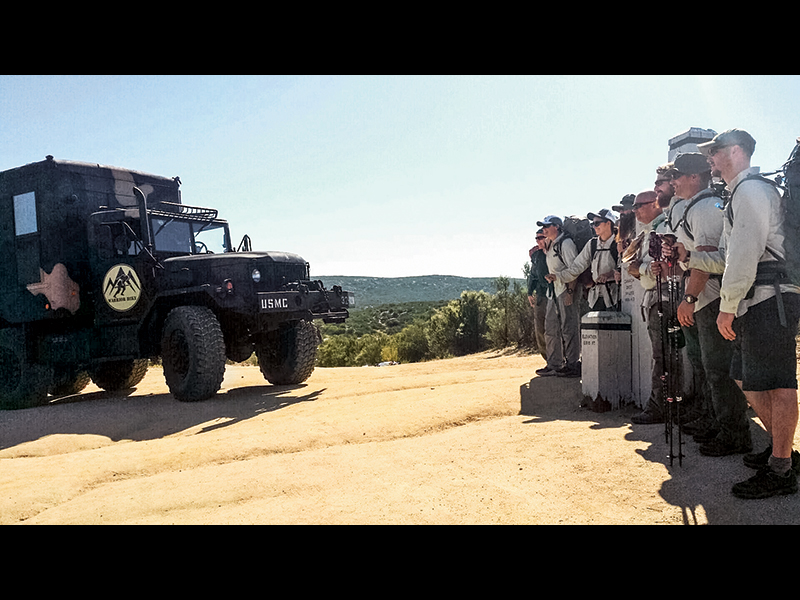 2 of 2
Photo by Warrior Hike
Warrior Hike Helps Heal Veterans
Some veterans who got involved with Warrior Hike said it helped them reintegrate with society. 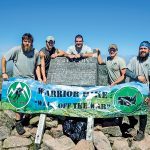 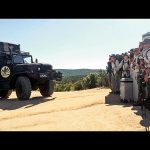 After being discharged from the United States Marine Corps in 2012, Captain Sean Gobin drove straight from Camp Lejeune in North Carolina to Springer Mountain, Georgia, the starting point of the Appalachian Trail.

For Gobin, the timing couldn’t have been better. After three combat deployments in Iraq and Afghanistan, he felt that his quality of life had severely degraded, making it difficult to imagine a transition back into civilian life. He thought that, perhaps, by spending the time to hike 2,160 miles from Georgia to Maine, an old dream of his, he might be able to get things back on track.

Knowing that others were also in need, Gobin and his hiking partner decided to use their hike to help disabled veterans. Whenever they stopped at a town along the trail, to rest or stock up for the next leg of their journey, Gobin would meet with local veterans and community groups to promote awareness about their fundraiser.

“I had a lot of social anxiety about returning to civilian life,” Gobin said, “but now I was meeting all these wonderful people, and that helped me to heal and to begin to reintegrate into society.”

Gobin would often travel for days to reach the next town, and he started to think about how hiking affected him.

“Hiking eight hours a day for months on end, and not having a computer, a cell phone or a TV, meant that I had time and space to think about things,” Gobin said of his time on the Appalachian Trail. “My brain was processing everything I’d gone through in the military. It was emotional but also therapeutic.”

A thousand miles into his journey, a light bulb went off for Gobin. If the experience of hiking one of America’s longest trails could help him to heal from his combat experiences, maybe other veterans could also benefit from this as a transition back into civilian life.

Gobin currently runs Warrior Hike, a non-profit organization dedicated to supporting veterans as they transition from their military service by hiking America’s National Scenic Trails. After kicking off with the Appalachian Trail in 2013, Gobin added two other major trails in 2014—the Pacific Crest Trail, which runs from California to Washington State, and the Continental Divide Trail, spanning the country from New Mexico to Montana. And in 2015, he introduced the Florida Trail, the Arizona Trail and the Ice Age Trail in Wisconsin. This also reflects the importance of local community, as veterans who hike local trails are able to benefit from the support network they’ve built even after their hike is over.

For veteran Rick Cardona, hiking 1,300 miles along the Florida Trail was a chance to excise his demons from the Iraq War without medication.

“I went from sleepless nights, up for 24 hours in a row from PTSD and suffering from nightmares, to being out on the trail where I was disconnected from the outside world. I had no choice but to sync with nature, falling asleep at sundown and getting up at sunrise. I was also getting in daily exercise because of how many miles I had to walk to the next town.”

At the end of his hike, Cardona’s doctors at the VA were floored by his progress. He was off of his medication, in great physical shape and his mind felt clear and refreshed. “They wanted to know why they hadn’t heard of this program before,” said Cardona. For now, most of the program’s publicity is through word of mouth, usually when Cardona and the other Warrior Hikers have the opportunity to share their journey directly with other veterans and family members.

Interested veterans can get started on their hike with little or no backpacking experience. All participants are outfitted with the necessary equipment and logistical support, as well as an itinerary and stipend to purchase necessary supplies along the trail. Gobin himself hikes the first week with all the warriors, to help them adjust to the differences between their military training and long-distance backpacking.

“These guys will think nothing of carrying a 100-pound pack,” Gobin said, “but overuse injuries become an issue the longer you try to hike with that kind of weight, so we work with them to keep the pounds down.”

Warrior Hike also coordinates support at towns along the trail, particularly those with VFW Posts. These volunteers support the warriors with transportation, food, lodging and an opportunity to meet with veterans from past wars.

For Cardona, this meant discovering a new kind of family on the trail. “When I came back, I didn’t have a homecoming because my family had split up while I was in Iraq. I felt very alone, and the VFW showed appreciation for my service and for who I was. Every time I walked in the door it was like a new homecoming, and that was really healing.”

Interested veterans can apply for a Warrior Hike through the organization’s website. Gobin expects to add Ohio’s Buckeye Trail and North Carolina’s Mountain-to-Sea Trail in 2016, with plans to add a Warrior Paddle along the Mississippi River in the near future for disabled veterans.

Anyone interested in showing support to veterans participating in the Warrior Hike program can help out in a number of ways. Something as simple as a cooler with refreshments at a road crossing can go a long way in boosting morale. For more information, visit warriorhike.org. 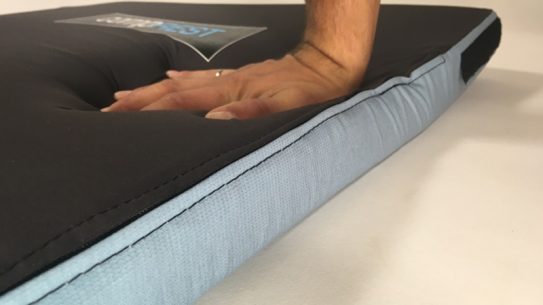 The CompREST is a comfortable way to camp with a practical phone-charging feature.