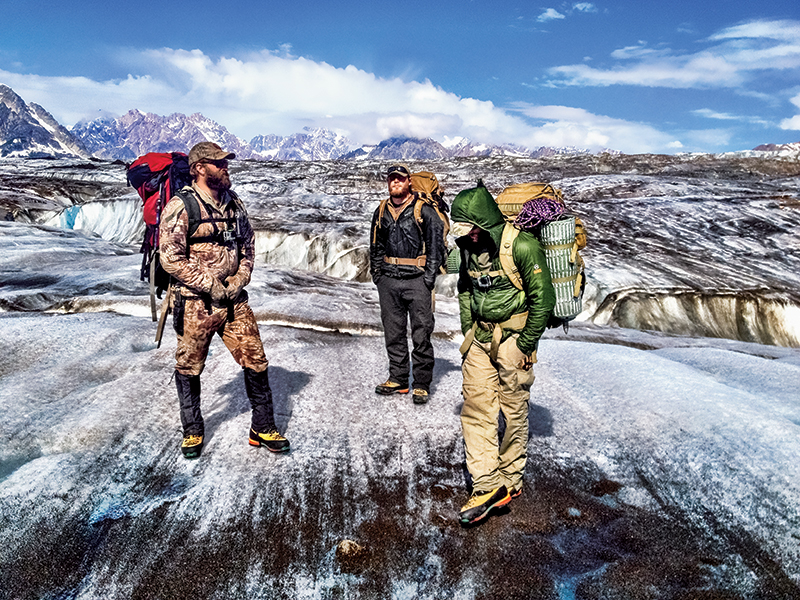 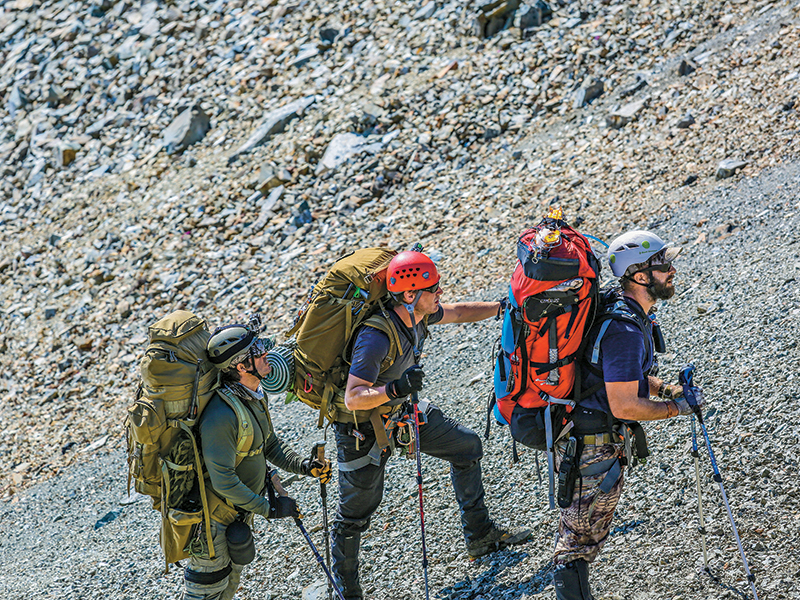 2 of 6
Photo by National Geographic
Learn Survival Group Skills from Ultimate Survival Alaska
Having a strong team is essential. 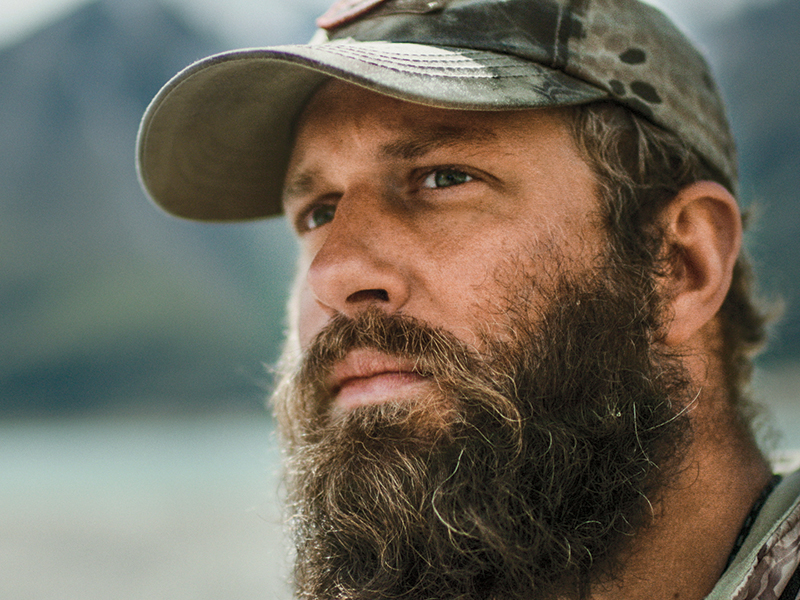 3 of 6
Photo by National Geographic
Learn Survival Group Skills from Ultimate Survival Alaska
It’s not about being a Type A personality or being bossy and taking charge. It’s about the tribe working together for a common purpose. 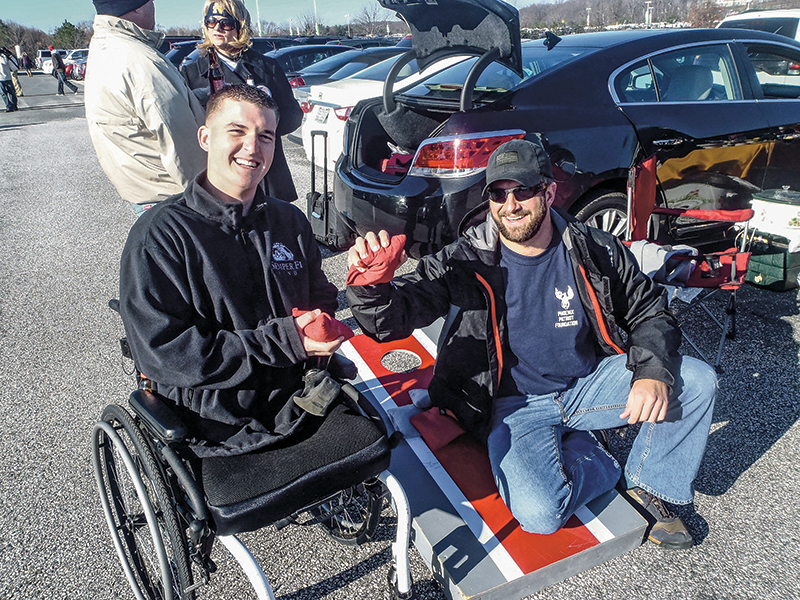 4 of 6
Photo by Jared Ogden
Learn Survival Group Skills from Ultimate Survival Alaska
Ogden believes in giving back to our veterans. He works closely with the Phoenix Patriot Foundation. 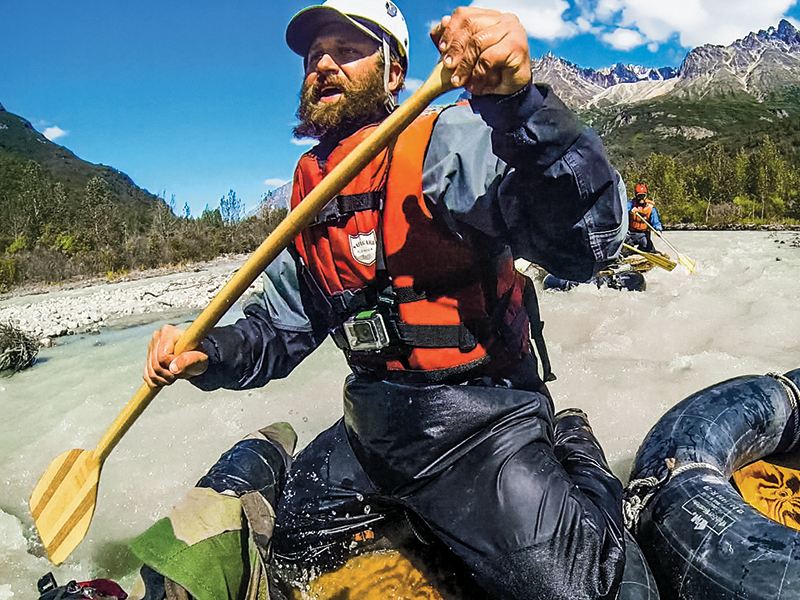 5 of 6
Photo by National Geographic
Learn Survival Group Skills from Ultimate Survival Alaska
Ogden believes in balancing your mental fortitude with your physical strength to overcome any situation. 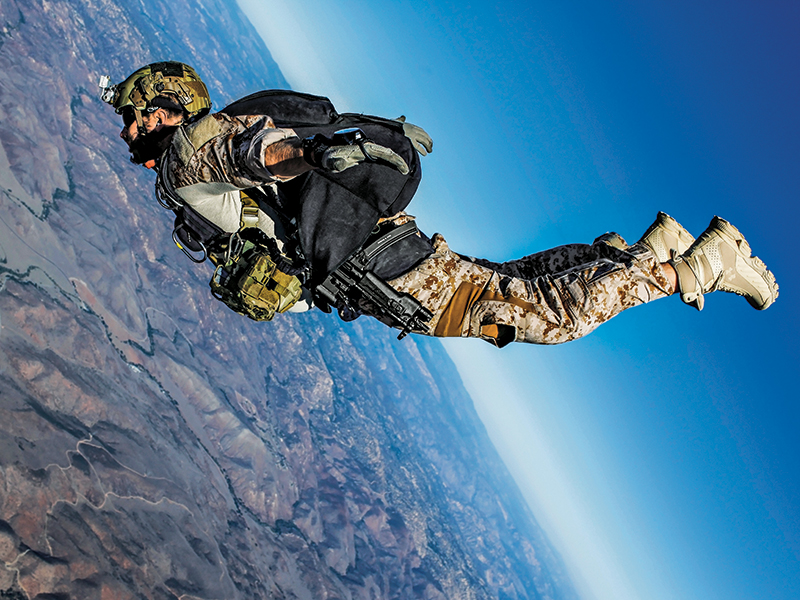 6 of 6
Photo by Jared Ogden
Learn Survival Group Skills from Ultimate Survival Alaska
As a SEAL, Ogden learned that the most important part of any survival situation is maintaining the attitude that you will live to see another day. 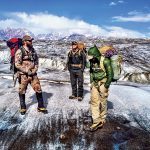 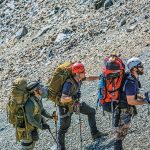 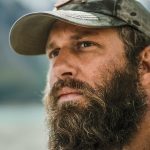 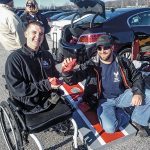 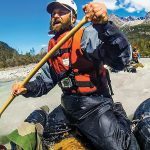 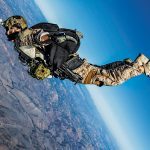 Jared Ogden believes in tribes. Throughout his career in the U.S. military and as a contestant on National Geographic’s Channel’s Ultimate Survival Alaska, he has been on teams and he has been in tribes. There is difference. Teams unite for an administrative purpose (same jersey or roster) whereas tribes come together around common belief and passion. Tribes put aside personal wants for the good of the mission. When everyone in a group shares this mentality, tribes beat teams every single time. That is truly winning, and Jared Ogden and his tribes are winners.

Ogden learned about teams and teamwork early on. He is a 2004 graduate of the U.S. Navel Academy who went on to become a Dual Warfare Qualified Naval Officer (SWO and SEAL). Most of his life in the SEALs was with SEAL Team One, where he was an officer. His primary job wasn’t to kick down doors and shoot (although he did), but rather to lead his men against the enemy, bringing swift action to those who would do harm. In two combat deployments to CENTCOM, he was recognized and awarded a Bronze Star with “V” for Valor, a Combat Action Ribbon and other joint awards. When he left the military, he did not leave his tribe behind. Ogden volunteers his time and resources to help wounded combat veterans through the Phoenix Patriot Foundation.

From 2009 to 2010, during Ogden’s deployment to Afghanistan, several of his close comrades were severely wounded and he witnessed firsthand the struggle they went through afterward. They had to undergo numerous surgeries followed by months of rehabilitation, and Ogden took notice of how veterans were being cared for, and he felt that there was a real need to give these wounded warriors further aid by creating tailored programs to assist veterans along the hard road to recovery and regain their independence. Because of his experience, he can tap into their passions. He understands his tribe.

Ogden was recently in Baja, Mexico, with a group of wounded combat Marines, driving a support vehicle for one of the race teams in the Baja 500. “The chase truck supports the racers,” explained Ogden. “We were there five days before the race to familiarize ourselves with the course so we could provide the best support as possible to the racers.” For the guys he was with “it was a holistic healing approach,” Ogden said.

It was during that event with wounded warriors when he got a message on LinkedIn from someone asking to be connected. The message he received immediately afterward was a lengthy email from someone claiming to be a TV producer in need of talent. Ogden immediately assumed it was one of his SEAL teammates pranking him. His curiosity got the better of him and he responded. Four days later, he was in Alaska preparing to take part in season two of National Geographic Channel’s Ultimate Survival Alaska.

The TV reality show was a perfect match to the skill set Ogden learned as a SEAL. He was placed on the Military team with other former servicemen, and the first day they were all together they, the tribe, made a pact. “The most important thing to each one of us was to represent the military well,” he explained. “We put that ahead of any egos. Also, no life or serious injury was worth any competition. We took the opportunity to help other teams’ members in need to show good will and sacrifice winning the show.”

The show puts you into situations and references skill that guys like Ogden know. “I feel it is important to periodically go back and gut-check yourself,” he said. “The thing about survival is it is a mental thing, and the most important part of any survival situation is maintaining the attitude that you will live to see another day.” He used the show to reinforce something he knew. “You’ve got to put yourself in these types of situation to re-check your gut. For me it is like a re-awakening.” Ogden added, “The most important thing to survive is balance. If I have balance, I can get through anything.”

“The other part of being balanced is the physical side. Not everyone is in Olympic athlete shape—me in particular—but I can pick up a rucksack and I can march for a really long time,” Ogden said.

Being prepared for any disaster situation that forces you to survive requires a mental and physical balance. Ogden also recommends reconnecting with skill sets. You may have earned the first-aid Merit Badge when you were 12 years old, but now that you are in your 30s do you still remember how to treat someone who is in shock? Do you even remember what someone in shock looks like?

Ogden gives the example of camping with your family. Tent camping with an open fire pit forces you to think and work differently. “If it is raining while you are on a family camping trip, try lighting a fire in the rain,” suggested Ogden. This is great practice that reconnects you with your skills, and you can share the experience with your family. Using a compass, hunting and trying to find water are three other great exercises that can build on you and your family’s skill set.

“You can weaponize yourself with the academic stuff,” said Ogden, “but it is perishable.” Skills not used can be lost. You need to add the physical aspect, namely gear, to the concept of balance. “I have a go-bag whenever I travel,” said Ogden. “I have a carry-on go-bag that is TSA friendly for air travel. A go-bag in my vehicle, my house and office. With my go-bags, I’m prepared for 98 to 99 percent of the situations I will encounter.”

All of Ogden’s go-bags share elements but have different pieces of gear and equipment. The must-have piece of gear isn’t a zippo lighter or gadgety pocket knife —though those are all good items to have—but a hand-crank radio/flashlight/USB charger.

“The more information I have, the better decisions I can make,” noted Ogden. An emergency radio provides light when the power is down, provides information via the radio and can charge a cell phone to communicate with your family and other members of your tribe.

You won’t find firearms in any of Ogden’s go-bags. You will find magazines loaded with ammunition, however. His weapon of choice is a Sig Sauer P226 in 9mm. It is the weapon he trained with, and he is confident and proficient in its use. He has no need for go-bags with weapons because his weapon is already on his hip. “We live a world where we just can’t rely of first responders to protect us every moment of the day,” Ogden said. “Violence is very real, and if violence comes knocking, I want to be ready to defend myself and defend those who cannot protect themselves.”

Each person is different when confronted with a survival situation. There are some hurdles for some people. “Some people are unaccustomed to the sound of insects at night,” Ogden explained. “Psychologically that has an impact on some people.”

These people need to work equally on the mental and physical aspects of their survival mindset. On the other end of the spectrum are people experienced in the outdoors—hunters, hikers, campers and others who have a more outdoors lifestyle. For them, the act of survival is more of a mental game. These people have the outdoor skills but need to think that the situation could always get worse. Having a reference point, an experience in the past that they were in and survived, helps put the immediate situation into context.

“If you have a reference point for a situation that was similar or worse, you can compare it against this present situation,” he explained. “You got through that situation, so you can say to yourself, ‘I got through that situation. I can get through this.’” Ogden’s reference point is the Basic Underwater Demolitions/SEAL school, or BUD/S, part of the SEAL selection course. The six-month training pushes SEAL candidates to their physical and mental limits. “It forces a situation where those who successfully complete the program self discover that they have a mental gear five and gear six,” Ogden said. “I can mentally and physically shift into fifth and sixth in a crappy situation to get through it.”

For Ogden, he goes back to that training when he is in a survival situation. He has the confidence to know he can get through it. During BUD/S, his mentality was “I am going to get through this or
die trying.”

“With that mentality, you are going to leave nothing in the tanks. There will be no reservation in your mind that you will succeed,” he explained. Anxiety is an enemy because instead of thinking of the task at hand, you think about the future and what-ifs. Ogden said, “You can’t finish the task because your mind is not focused on the immediate task, but a future task.”

More than likely, a survival situation will involve other people. Ogden taps into his SEAL experience to manage people and tasks. As an officer in a SEAL platoon, his job was battlefield management. He knew the capabilities and limitations of the men he was responsible for when tasked to accomplish a mission.

To be successful in an emergency or a survival situation, you need to evaluate the situation, the people you are with and the gear that you have. It’s not about being a Type A personality or being bossy and taking charge. It’s about the tribe working together for a common purpose, and doing so with a selfless passion. 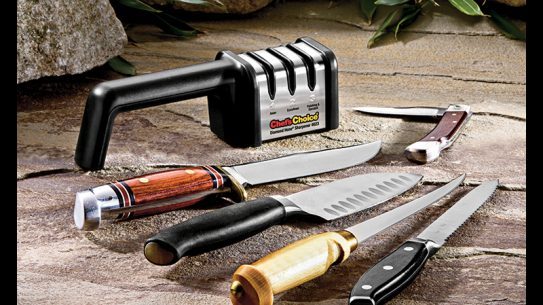