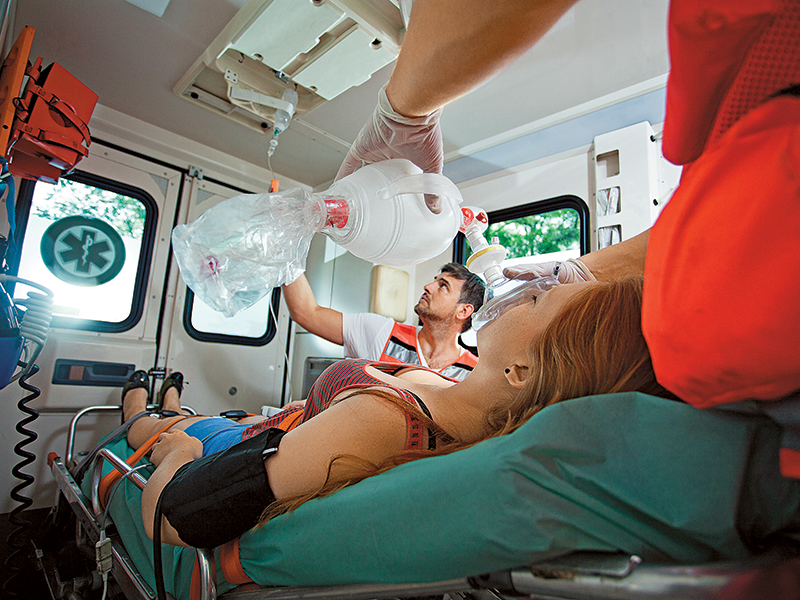 1 of 2
Photo by Shutterstock
Microscopic Killers: Tips to Defend Yourself Against Viruses
Worldwide, it is estimated that 7.5 million lives have been saved in the past decade alone by vaccine programs. 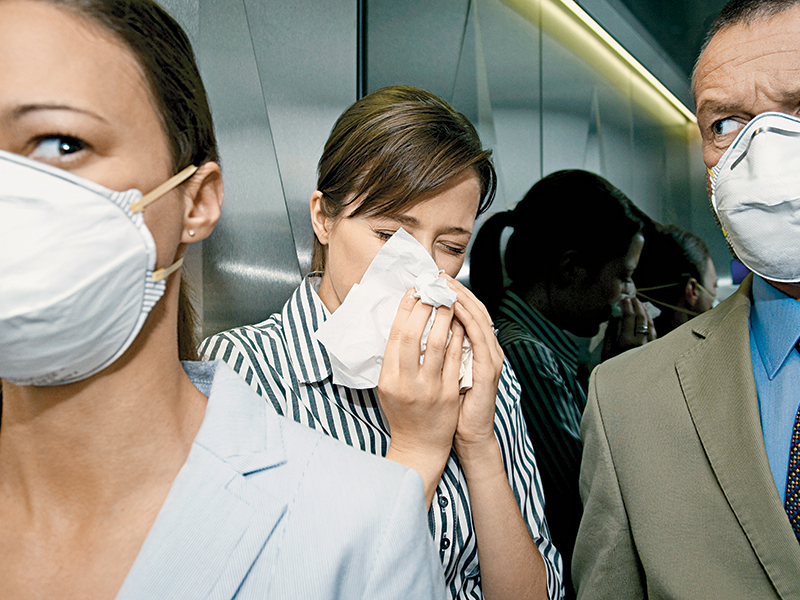 2 of 2
Photo by Corbis Photos
Microscopic Killers: Tips to Defend Yourself Against Viruses
Malaria claims around 584,000 victims every year while HIV kills 2.5 million. 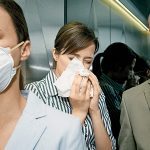 Some of the greatest threats to life and health, particularly in undeveloped areas, come in much smaller packages. Preventable diseases still account for a remarkable number of deaths around the world.

Influenza accounts for between 3,000 and 49,000 deaths in America each year. The broad range stems from the fact that we typically encounter different strains each year and they vary in their virulence. According to the Centers for Disease Control and Prevention, standard flu prevention means basic hand washing, minimizing contact with sick individuals as well as an annual flu shot.

Hepatitis is the generic term for a variety of inflammatory liver maladies. Infectious viral hepatitis accounts for most cases, though alcohol and autoimmune disorders take their toll as well. Hepatitis A is typically transmitted through contaminated foods. Hepatitis B is typically caused by contact with bodily fluids or sexual exposures. Half of Hepatitis C cases are idiopathic without an identifiable exposure at their root. Hepatitis A and B are preventable via vaccines. Treatment for all kinds of hepatitis ranges from observation all the way through liver transplants, depending upon severity.

One in four Americans carries a sexually transmitted disease, and one in five has herpes. The herpes virus represents a family of viruses that causes everything from fever blisters to chickenpox to genital herpes. Genital herpes causes painful blisters on areas that have been exposed to the virus, and these symptoms typically wax and wane. Genital herpes is incurable, but there are medicines that will minimize the effects and cut down on the frequency and intensity of outbreaks.

Gonorrhea and Chlamydia are sexually transmitted bacterial infections of the genital tract that can cause painful urination and a foul vaginal discharge. These diseases can typically be treated successfully with antibiotics. However, to ensure that a cure has been achieved, both partners must be treated at basically the same time. Additionally, extensive or recurrent infections of this sort can scar a woman’s fallopian tubes and adversely affect her fertility.

Roughly one in 250 Americans are HIV positive, and about 13 percent of them are not aware of it. In the past decade, the number of people living with this disease has increased while the number of new cases remains fairly stable. The prevalence of HIV is higher in certain groups, but it remains a national scourge. While there are ever-improving medical therapies for managing this disease, yet it remains incurable. The best way to treat HIV is not to get it in the first place. Anyone suspecting that they might have been exposed to HIV via shared needles, sexual exposure or exposure to blood or bodily fluids needs to be tested. Most any physician’s clinic or local health department can test for HIV. As with all sexually transmitted diseases, safe sexual practices can minimize risk but monogamy between two uninfected partners is the only reliable way to avoid them. As always, your doctor is the best source of individualized information on managing the risks associated with your particular circumstances and lifestyle.

The greatest threats to your health and happiness as you advance in life are diabetes, heart disease and hypertension stemming from a poor diet and sedentary lifestyle. Using diabetes as an example, almost one in 10 Americans lives with this disease today, up from one in 12 about a decade ago, and one in three Americans are projected to have diabetes by 2050. It is a coming scourge. Physical fitness and personal discipline are dying arts in America. Sexually transmitted diseases are imminently avoidable and, while genetics certainly play a role, staying fit and healthy is typically a question of having the right priorities. Avoiding cigarettes is the single most effective way to add years and improve your quality of life.

Around the world, assorted respiratory infections account for 3.9 million deaths per year. Malaria claims around 584,000 victims every year while HIV kills 2.5 million. Diarrheal diseases like cholera kill 1.8 million people every year, and tuberculosis takes another 1.7 million. Assorted tropical diseases kill around half a million people worldwide as well.

Relatively speaking, malaria represents something of a success story in the past decade. Despite the fact that nearly half of the planet’s population is at risk and 198 million people are infected, we have seen a 47 percent reduction in worldwide mortality from malaria since the year 2000. Ninety percent of malaria victims are children under five years old. While we still lose an unacceptably large number of people to this terrible disease, we are making great progress. If you are travelling to areas where malaria is endemic, you should check with your physician regarding drugs to take. Drug selection varies by geographical area, but your physician can help you determine what will work best for your circumstance.

Vaccines are available for a variety of nasty diseases like typhoid and typhus. Smallpox has been eradicated in the wild via vaccine use and great strides have been made against polio as well. Worldwide, it is estimated that 7.5 million lives have been saved in the past decade alone by vaccine programs.

Taking into account all causes of mortality, infectious diseases combined with lack of maternal and neonatal care as well as nutritional deficiencies, account for about 23 percent of the deaths in the world. Injuries account for another nine percent. It actually turns out that the overwhelming majority of the planet’s deaths are self-inflicted.

Non-communicable diseases, specifically heart disease, cancers of all sorts, diabetes and obstructive pulmonary diseases, kill 68 percent of the world’s population. Considering many of those maladies stem from lifestyle issues such as obesity, drugs, alcohol and smoking, much of that pain and suffering is readily preventable. Cigarettes in particular are directly responsible for 10 percent of all deaths worldwide and indirectly contribute to a great many more.

Family history is a critical component in many non-communicable diseases. Genetics play a greater role in many chronic disease processes than was previously suspected. Knowing your family history for maladies like heart disease, diabetes and arthritis can be helpful to your physician in developing a plan to avoid these diseases or minimize their effects. Of particular importance is the onset of these disorders at a young age.

Americans are notorious for poor dietary choices. As a result, obesity afflicts around 35 percent of Americans and the related health costs run into the billions of dollars. Getting old is not negotiable, but becoming overweight is usually a lifestyle choice. Once you are significantly overweight, it is a terrific challenge to drop the excess weight, but, in severe cases, bariatric surgery can be a powerful tool. Regardless, being mindful of diet and exercise is a good idea for anybody anywhere. A good way to avoid developing diabetes, as an example, is to eat like you already have diabetes. Google can give you more diet guidance than you can use.

Disease is as old as the species, and no other human pursuit consumes as much effort and capital as our efforts against it. Despite our legitimately extraordinary expenditures on medical care and related research, stamping out disease remains an elusive goal, particularly when it comes to lifestyle-related maladies. Eat right, stay fit and approach disease both communicable and lifestyle related as you might any other threat to your security and safety. For the most part, the keys to staying healthy are a combination of being aware of risks and being disciplined in your lifestyle choices. 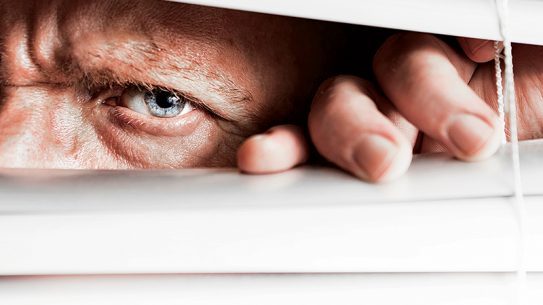 Learn to analyze deadly situations and threats for your personal safety.