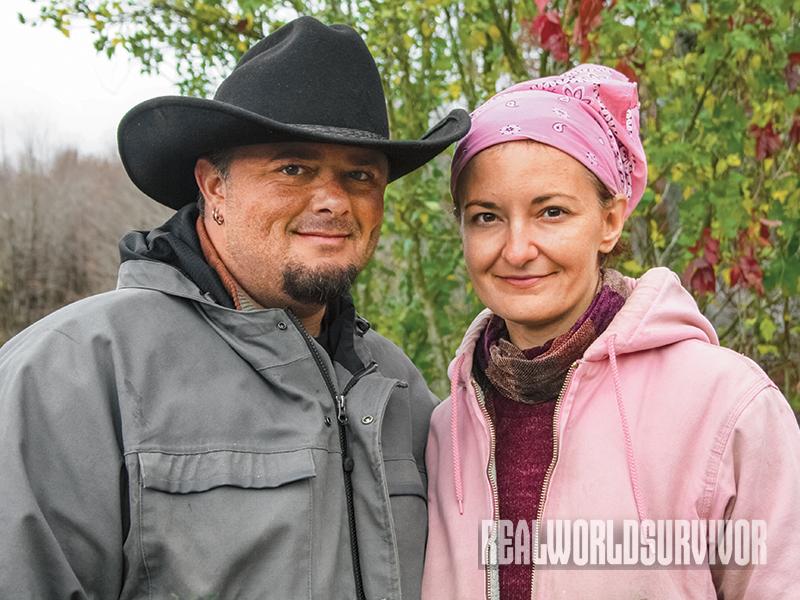 1 of 10
Photo by Amy Grisak
Blue-Ribbon Heritage: A Look At The Jacobs Heritage Farm
Jason LittleBear’s Sioux heritage and Jennifer’s Hungarian roots are proving to be a winning combination at Jacobs Heritage farm. 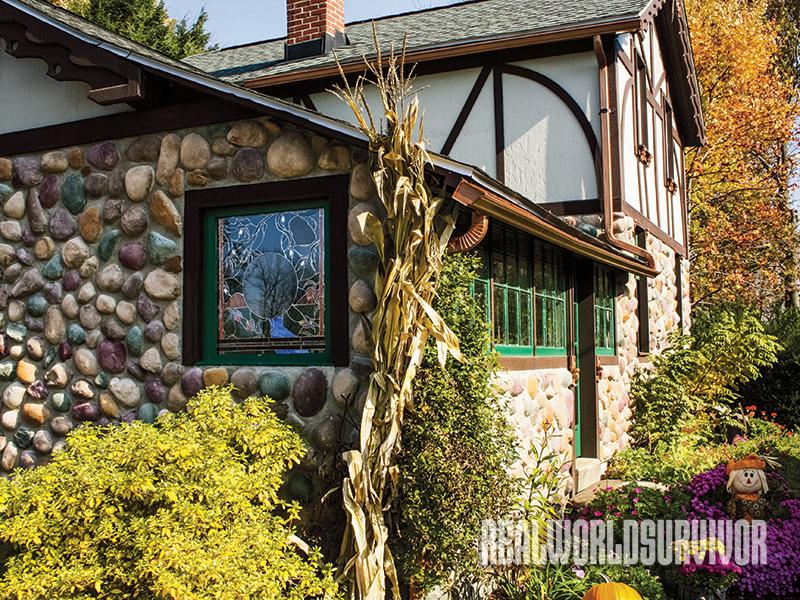 2 of 10
Photo by Amy Grisak
Blue-Ribbon Heritage: A Look At The Jacobs Heritage Farm
This is the original farmhouse built in 1859. Since 1919, four generations of Jacobs have worked the land. 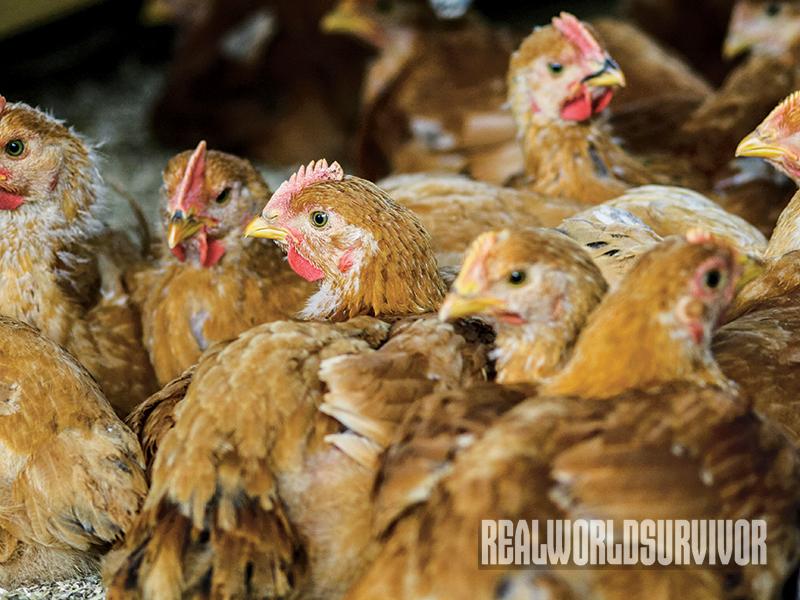 3 of 10
Photo by Amy Grisak
Blue-Ribbon Heritage: A Look At The Jacobs Heritage Farm
Last year, Jennifer and Jason started raising chickens and geese for meat to add to the products they sell at their farmstand. 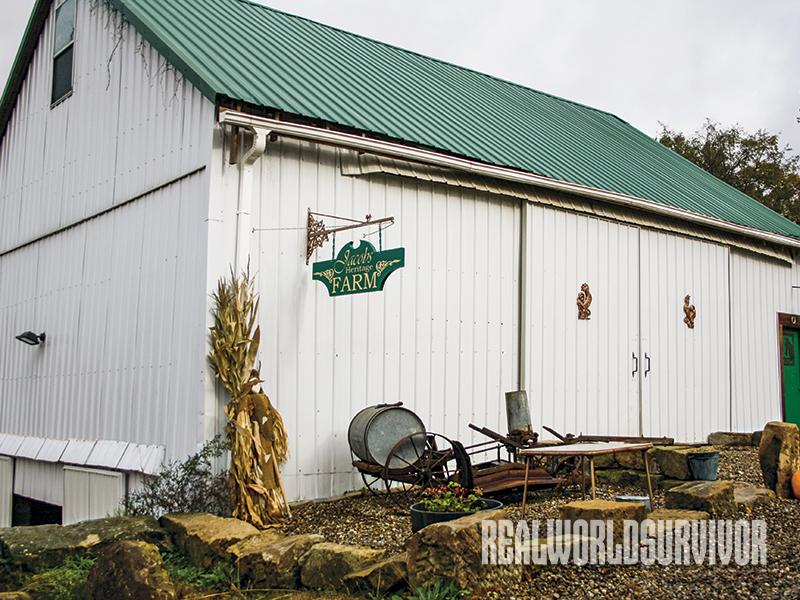 4 of 10
Photo by Amy Grisak
Blue-Ribbon Heritage: A Look At The Jacobs Heritage Farm
Fall decorations around the barn and an old farming implement welcome visitors when they enter the farm. 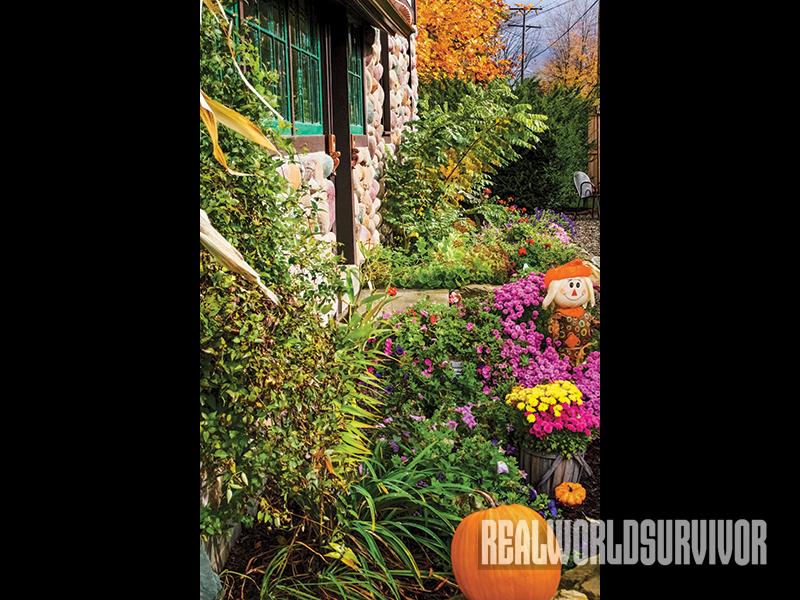 5 of 10
Photo by Amy Grisak
Blue-Ribbon Heritage: A Look At The Jacobs Heritage Farm
Jennifer has a green thumb and a good eye. Fall decorations surround the area around the house. 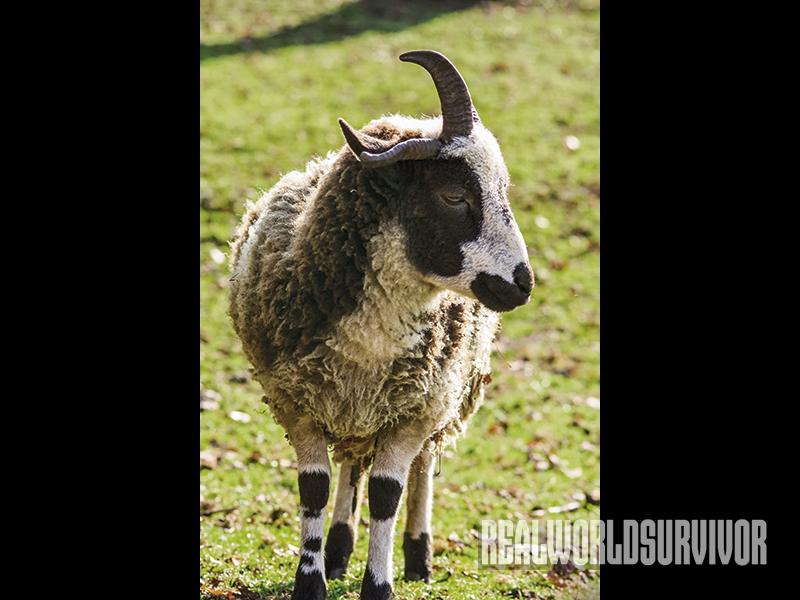 6 of 10
Photo by Amy Grisak
Blue-Ribbon Heritage: A Look At The Jacobs Heritage Farm
It’s no coincidence that Jennifer and Jason chose Jacob Sheep, a heritage breed, to raise at the Jacobs farm, Jennifer’s family name. 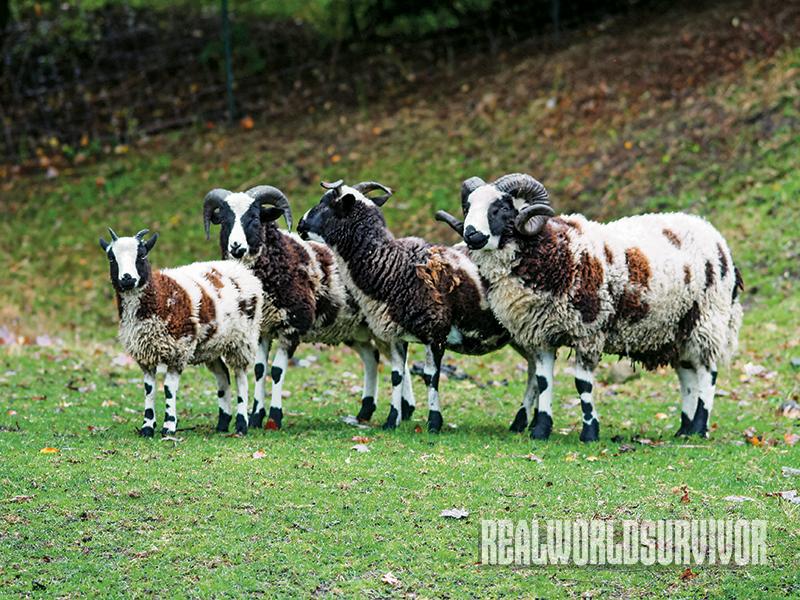 7 of 10
Photo by Amy Grisak
Blue-Ribbon Heritage: A Look At The Jacobs Heritage Farm
The breed is thought to have originated in Syria. 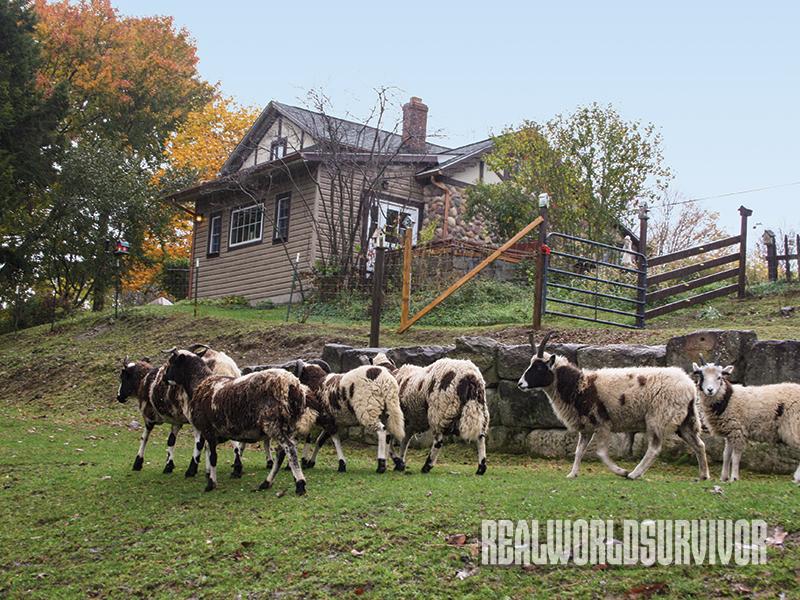 8 of 10
Photo by Amy Grisak
Blue-Ribbon Heritage: A Look At The Jacobs Heritage Farm
The sheep in the pasture behind the house. 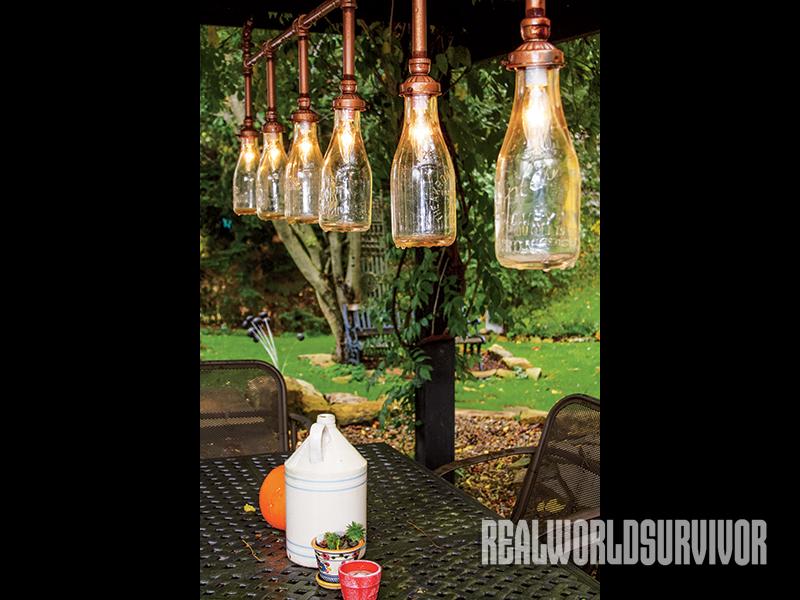 9 of 10
Photo by Amy Grisak
Blue-Ribbon Heritage: A Look At The Jacobs Heritage Farm
After unearthing 100-year-old milk bottles in a field, Jason wired them together, fashioning a unique lighting fixture above the family’s outdoor dining table. 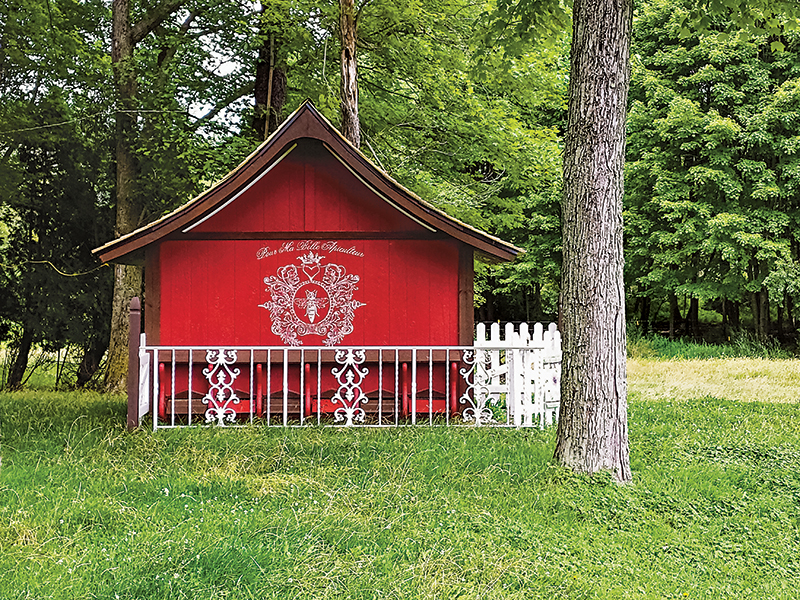 10 of 10
Photo by Jennifer LittleBear
Blue-Ribbon Heritage: A Look At The Jacobs Heritage Farm
Jason LittleBear built the “bee mansion” to house the farm’s beehives and protect the bees from the elements. Honey is a big seller at the farmstand. 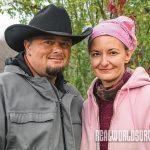 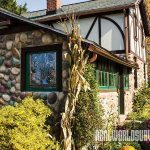 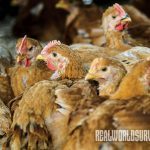 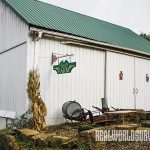 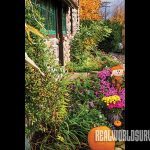 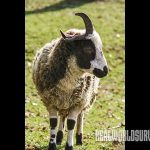 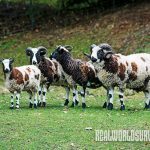 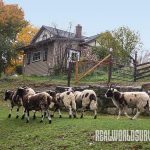 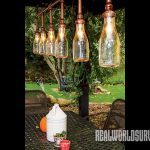 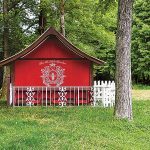 Jennifer and Jason LittleBear of Jacobs Heritage Farm in Copley, Ohio, aren’t simply picking up the reins to take over the family farm. They’re reviving the Old World practices of Jennifer’s Hungarian great-grandparents.

The farm, including the barn and the house, dates back to 1859. “My family moved there in 1919. My great-grandfather [Frank Jacobs, Sr.] was from Hungary,” she said. Neither he nor her great-grandmother Agnes spoke much English, which was fairly common since they kept close to their Hungarian counterparts in northeastern Ohio where many of the European immigrants settled. “When my mom started school, she didn’t speak any English.”

Besides holding onto their native tongue, they relied on the farming practices they knew well. “They farmed it just how they farmed in the old country,” she said. They grew Hungarian peppers as well as raised chickens and dairy cattle to meet local needs. “It was sustainable.”

Her grandparents maintained the farming tradition until the 1960s when her grandfather took a job at Firestone in nearby Akron. Her grandmother continued the daily work on the farm until the 1970s, and within the next decade her uncle incorporated part of the farm into the local golf course he created. Jennifer says this was actually a benefit because it ultimately saved this part of the farm from permanent development since it remained open land in the hands of family.

Jennifer has always had a close connection with the farm. Her family lived next door to the original farmhouse. “I stayed with my grandmother during the day. I used to speak Hungarian to her and then mix up my words. She was always cooking Hungarian food,” Jennifer said, and she grew to appreciate the simple but delicious meals.

This early exposure made an impact on Jennifer. “We’re itching to do what our families have been doing for centuries,” she said. “We’re taking it over and bringing it back to be a farm. I feel like that’s where we’re meant to be.”

This process of bringing the farm back to a working state takes a dedicated team. Jennifer and Jason met 12 years ago when Jason was a tow truck driver who rescued Jennifer when her car broke down. “He was my knight in shining armor,” she said.

Now Jason works in the IT field, but that’s simply one facet of his impressive experience and knowledge base. When he was younger, he worked with cattle and quarter horses and had a brief endeavor with a pig operation. Jennifer said his ability to build or fix nearly anything comes from sheer determination.

“Once he sets his mind to something, he can really figure out how to do anything,” she noted. “Even if it’s something he knows nothing about. And then he does tons of research and talks to people who do know about it.” She added, “We’re both very determined and motivated, and maybe a bit stubborn, so we accomplish a lot together.”

While there is undoubtedly the Hungarian influence on the farm, Jason has always celebrated his Blackfoot Sioux heritage by teaching the youth at the local Indian Center for years. His 13-year old son, Rain, is still very active in the Native American community and often sings on drums at local powwows.

Rain is also finding his niche on this Hungarian-inspired farm. “He is really becoming more and more actively involved and interested in the farm as he gets older, and he’s a huge help,” said Jennifer. “He has his own horse and he adores her.”

Instead of fields of peppers, Jennifer and Jason have opted for fields of pasture to feed their Jacob Sheep, an Old World heritage breed. They are used for meat and fiber, and are fairly self-sufficient, eating grass as well as maple leaves and nearly any other vegetation. They’re not picky.

Jennifer said they are a smart breed, easy to handle, more resilient to varied circumstances and are really good mothers. Unlike many modern breeds, they have a strong maternal instinct, which reduces much of the extra work lambing time often requires.

“They graze, they forage, they don’t get hoof rot. And they look unlike most other sheep. We’ve had people stop by the house who are excited that we have Jacob sheep,” she added.

To feed the sheep and their pair of riding horses, Jennifer and Jason have much of the farm in pasture, and they also recently acquired previous farmland from their uncle after he closed the golf course due to escalating taxes. “We planted it with hay. It’ll feed the animals and we’ll see if we can grow this farm,” she said.

Besides the sheep, Jennifer and Jason have added chickens and geese to the lineup. “Last winter, I tried the Christmas goose,” she said, “It was absolutely delicious. The meat is all dark. It’s very flavorful.”

One of their most popular farmstand items is the honey from the farm, which often sells out in short order. In order to keep up, Jennifer and Jason take exquisite care of their bees. A couple of years ago, they had the hives freeze out during the winter, so they set about remedying the situation by building the bees their very own cozy house.

“It’s a bee mansion, I think it’s safe to say,” noted Jennifer. “My husband is the king of overkill. These bees will be very secure.”

In the 7-by-10-foot structure with a concave, sweeping roofline there is room for six hives, giving the bees an extra layer of protection against whatever winter might throw at them, although she said it has also done a lot to shield them from the heavy rain and heat of summer. She’s happy with the result, and Jason has to be proud of the beautiful creation he built.

Besides the honey and the animals, Jennifer has beautiful flower and herb gardens situated near their home, and fresh cuttings are offered throughout the season. She also makes handmade soaps and skin-care products to sell. And then there are the antiques, which fit so well with a farm motif, to round out gift choices.

Antiques are fitting on this farm since Jennifer and Jason have found, and used, many items discovered on the property. For example,  Jason wired century-old milk bottles  to create a unique lighting fixture above the  outdoor dining area. Now, instead of being buried, they glitter during the summer when the family has time to enjoy a relaxing meal outdoors.

While the land and the animals are making a comeback, the process of restoring the farm hasn’t always been easy. Several years ago, while they were residing in the old farmhouse, which was a big project to restore in and of itself, they noticed the barn looked askew.

“The barn’s stone foundation was starting to cave, so it was moving the barn downhill,” she said. “We looked and we noticed one wall was moving faster.” They had to stop work on the house to address the barn.

Since this was a massive project beyond even Jason’s many talents, Jennifer said this was one of the projects they had to hire out to a contractor. The barn had to be jacked up on stilts in order to pull out the foundation and rebuild it. Having an ancient barn perched on spindly legs isn’t something she necessarily ever wanted to see, nor does she want to witness again. “When the barn guys were getting creeped out, you had to worry.”

But once it was set back in place, the barn should be good for at least another century. She’s glad they were able to save the building. “It’s awesome now. It’s a lot more functional because there’s more height in the bottom [level]. The guys who did it built the date stone into the walls.”

One of the reasons the barn’s foundation declined faster was because there hadn’t been any animals in it for decades. Jennifer said that it actually had a negative effect on the structure. But now with their sheep and horses, there is life within its walls once again.

Each year brings a new set of projects, and Jennifer and Jason have a long list of potential plans for the future. She would like to bring back draft horses to the farm. She’s thinking of getting one in the next year  so she and Jason can hook up the old equipment and bale hay with an old-fashioned power source.

In the meantime, the daily chores of taking care of the sheep and poultry, tending the gardens, managing the bees and stocking the farmstand keep Jennifer and Jason busy and content. It gives them a good feeling to put in a full day on the farm, particularly since they are so rewarded by the beautiful surroundings and keen satisfaction that comes from continuing the family’s rich heritage.

“The farm is just happy. You can tell,” Jennifer said. 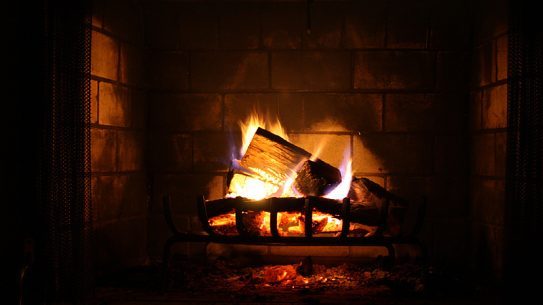 VIDEO: Heating Fire Safety Tips from the US Fire Administration

Take a look at these fire safety tips for heating your home this winter.