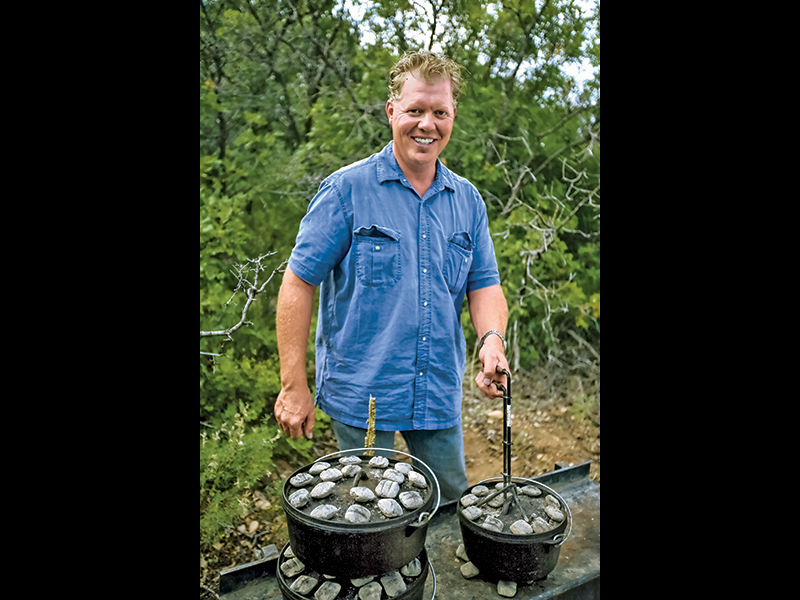 1 of 6
Photo by Bigstock
Cast Iron Cookery: Guide to Using Dutch Ovens
The Dutch oven was so valued by early American families that it was a common practice to pass one down through families from generation to generation. 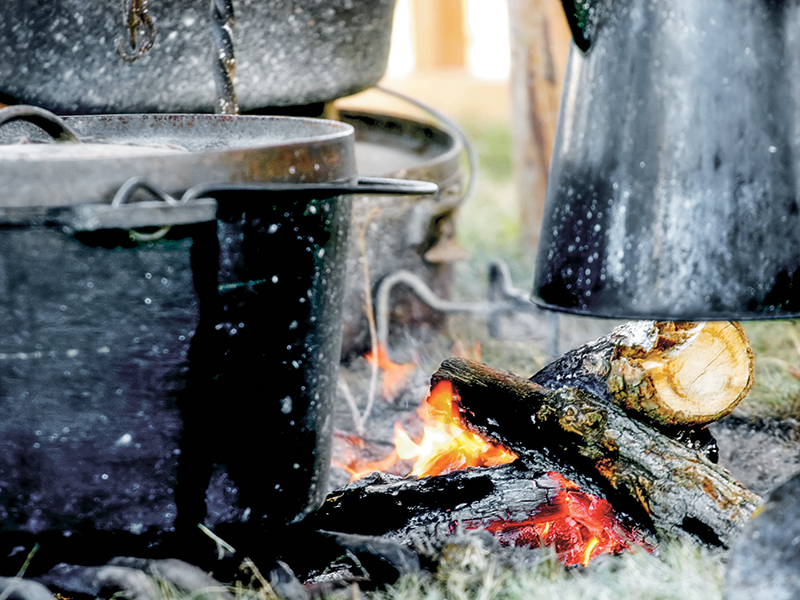 2 of 6
Photo by Bigstock
Cast Iron Cookery: Guide to Using Dutch Ovens
Almost anything that can be cooked on the modern stove can be cooked in the black pot. 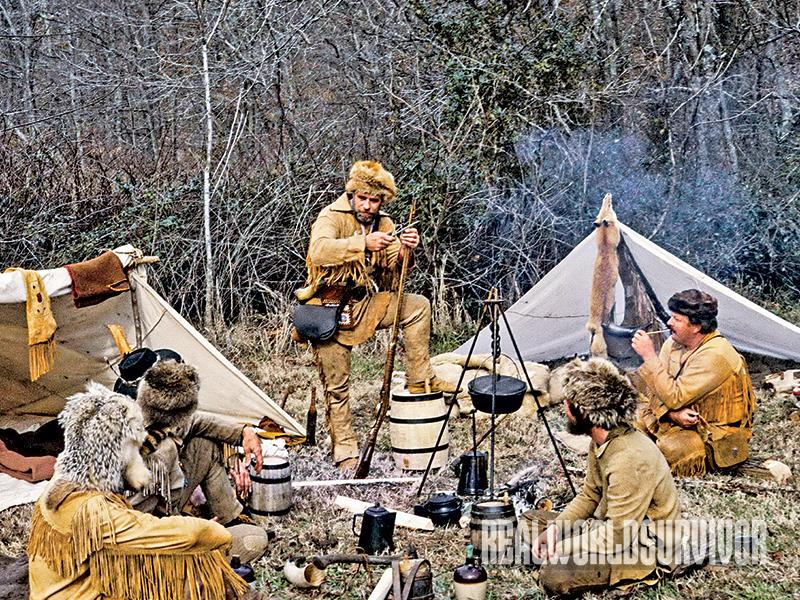 3 of 6
Cast Iron Cookery: Guide to Using Dutch Ovens
Cast-iron Dutch ovens were a basic cooking tool in many mountain man base camps and popular trade items at rendezvous. 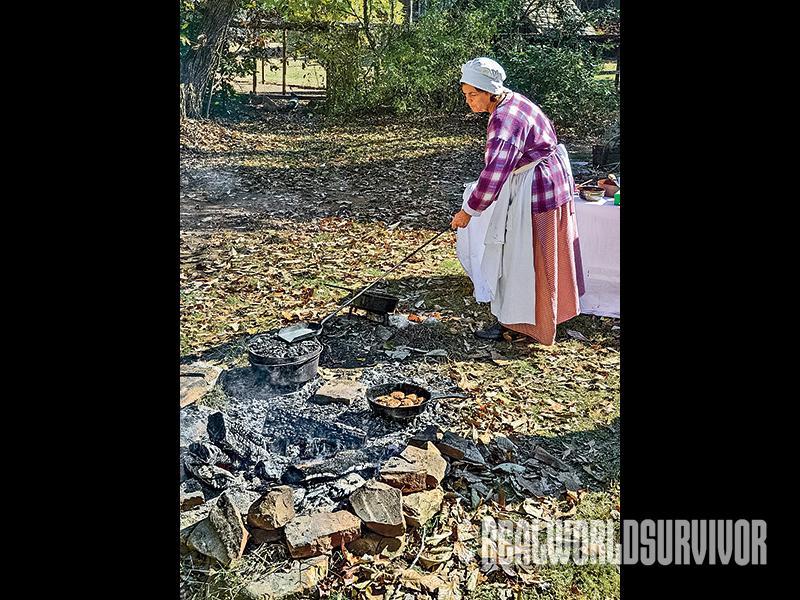 4 of 6
Cast Iron Cookery: Guide to Using Dutch Ovens
Early pioneers did much of their cooking outdoors using a cast-iron camp Dutch oven. 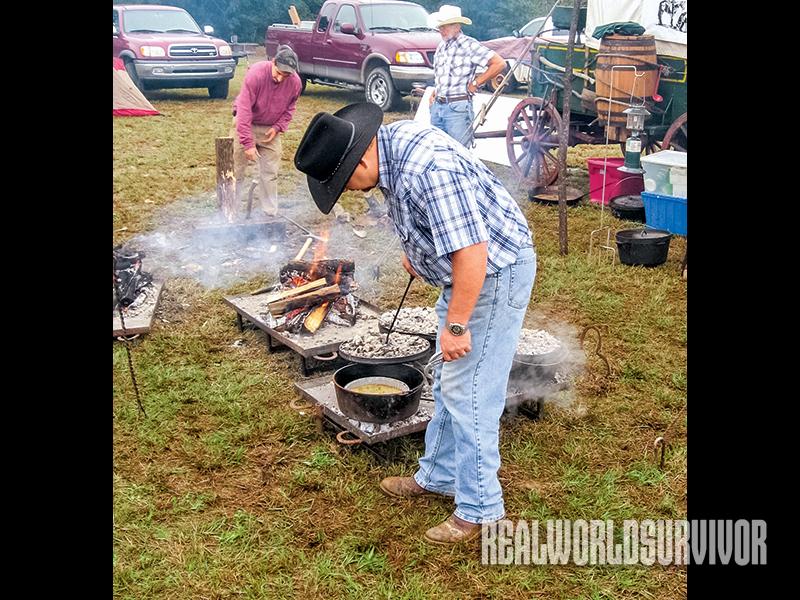 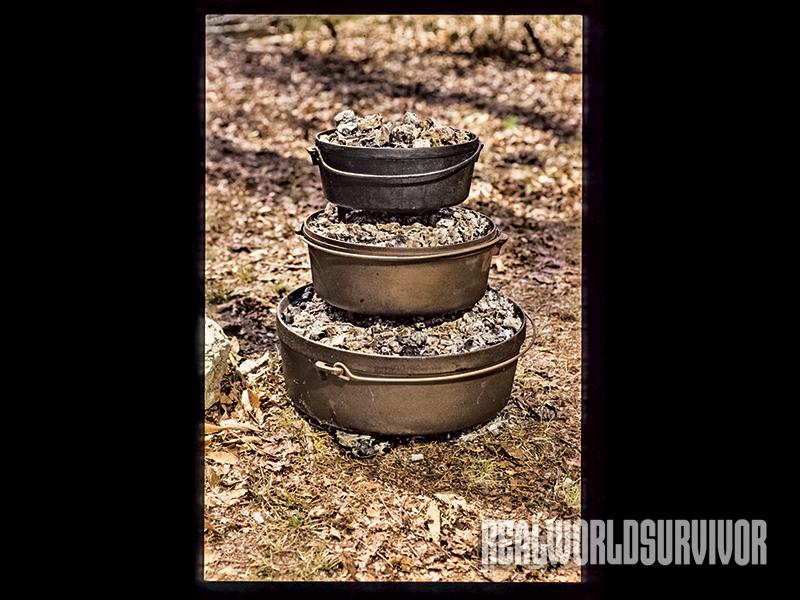 6 of 6
Cast Iron Cookery: Guide to Using Dutch Ovens
By using stack cooking, bread, a main dish and a dessert can be cooked at the same time. For safety’s sake when working with a Dutch oven, and to make the job easier, wear heavy gloves, and use a lid lifter, long-handled tongs and a long-handled shovel. 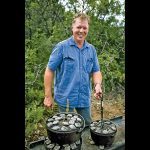 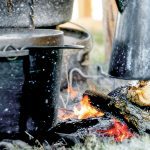 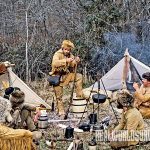 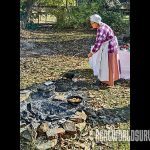 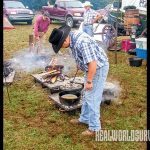 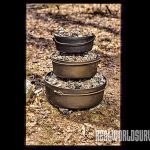 For many people, camp Dutch oven cooking has become part of their outdoor recreational pursuits. For others, including guides, cowboys, outfitters, back-to-the-landers and people living in remote places, it is simply the way they cook hearty, wholesome meals daily. For preppers, it is a skill they learn and practice in the event we are thrown back to the 1700s by some horrible event. In any event, the camp Dutch oven serves all well since almost anything that can be cooked on the modern stove can be cooked in the black pot. It can be used for baking, boiling and frying.

Camp Dutch ovens as we know them today were developed in the early 18th century in England and were soon in demand in the American colonies. The iron stove had not been invented and most cooking was done on the hearths of fireplaces, outdoors over campfires, or over open fires in a lean-to behind a home. The cast-iron pot was emerging that was ideal for this type of cooking. It was flat on the bottom, had three legs to hold the pot bottom above hot coals for hearth cooking and had a flat lid on which to place hot coals for baking. The camp Dutch oven as we know it today was being born.

As North American exploration pushed westward, so did the camp Dutch oven. In fact, the Dutch oven was so valued by early American families that it was a common practice to pass one down through families from generation to generation. In 1813, when the famous mountain man John Colter died, his Dutch oven was sold for $4, the equivalent of a week’s wages at that time.

Many longhunters and mountain men used their Dutch ovens not only for cooking, but for boiling water to obtain salt at salt licks, melting lead for casting rifle balls and to trade for their freedom when Native Americans captured them.

No one knows for sure where the name “Dutch oven” originated. The sand-mold technique for casting the iron pots was perfected in Holland, and Dutch traders in the New World peddled the cast iron pots to the settlers. It is thought that these Dutch connections were how the pot became known as the Dutch oven.

When buying a camp Dutch oven, make sure you are getting the real thing, as it is made specifically for open-fire cooking. Many modern flat-bottomed pots, without legs, are called Dutch ovens, but the camp Dutch oven is made from cast iron and has a flat bottom with three short legs. It has a strong wire bail handle. The lid is made from the same cast-iron material and has a small handle cast into the center. The rim of the lid is flanged so that hot coals will stay on the lid while cooking.

With the growing interest in Dutch oven cooking today, it is not too difficult to find retail stores that sell them. I have found them at Wal-Mart, Sportsman’s Warehouse, Bass Pro Shops and Gander Mountain and Cabela’s stores throughout the country. Many camp supply shops and hardware stores also carry them.

If you want to order online or by mail, you can go directly to Camp Chef, Lodge Manufacturing Co., GSI Outdoors or Amazon. Catalog supply houses such as Chuckwagon Supply and Cabela’s carry a complete line of camp Dutch oven cooking supplies.

Used Dutch ovens show up at yard sales, antique and second-hand stores occasionally. While many used Dutch ovens have seen a life of hard knocks and neglect, some are well seasoned, have a lot of life left in them and are available for just a few dollars. Inspect them carefully, however, for small cracks and for a properly fitting lid.

Cast iron is very porous and there are several reasons to season a cast-iron Dutch oven. The seasoning process creates a patina that keeps food from sticking to the sides, bottom and lid of the vessel. Thanks to this sheen, it is quicker and easier to clean. It also protects the vessel from rusting. An unseasoned cast iron oven can rust overnight just from moisture in the air. The third reason to season an oven, and by far not the least, is the flavor it adds to foods cooked in the oven, which is unmatched in other types of cookware.

The theory behind seasoning cast iron is that oil will fill the tiny holes in the oven. The oil, when heated, will form a non-stick carbon coating. The oven will darken and the patina will improve with each use, turning your oven into the ultimate non-stick vessel. A well-seasoned Dutch oven will be very black in color.

Thanks to modern technology, new Dutch ovens made by Camp Chef and Lodge Manufacturing Company are sold pre-seasoned. However, after a lot of use it is necessary to re-season them, so knowing how to season a Dutch oven is important.

Cleaning the cast iron Dutch oven is a three-step process.

1. Remove food. Using a wooden or plastic scraper, scrape out all food. Never use a metal scraper such as a spatula or steel wool/wire scouring pad, and never wash it in a dishwasher as this will ruin the pot’s seasoning. Once all food is out of the oven, and off the underside of the lid, rinse the pot and lid in warm water.

2. Dry. Immediately after the oven has been rinsed, using a paper or clean cloth towel, dry the entire oven and lid. Once the oven and lid are dry, oil them lightly at once for long-term protection from rust.

3. Oil. Coat the entire oven and lid, inside and out, with a light coat of vegetable, mineral or olive oil. Be careful not to get the oil coating too thick since it will become a gummy mess in time. Also, a thick coating of oil will turn rancid quickly.

The new Dutch oven cook today can start out cooking like an expert thanks to the accessories available. They allow him or her to get a fire going quickly, to handle the oven safely, control the fire with ease, cook at a comfortable height, check temperatures and keep the oven clean. Here are the most important accessories to have on hand.

1. Heavy leather/welder’s gloves. Everything you handle during Dutch oven cooking is hot and these gloves will be valuable.

4. Long-handled shovel with 0.75-inch holes drilled into it. Use this for placing hardwood coals in the campfire.

5. Chimney starter is a good way to get charcoal briquettes burning fast and safely without using fire starter.

7. Pizza pans and A cake rack allow you to use the Dutch oven like a conventional oven, setting the item to be cooked on the pan, which sits on the rack inside the oven. This also helps prevent bottom burning of food.

9. Whisk broom. Use it to clean ashes off lids and cooking table.

10. Long-stem meat thermometer gives you a way to test the temperature in the oven and know when meat is done.

Learn Before You Burn 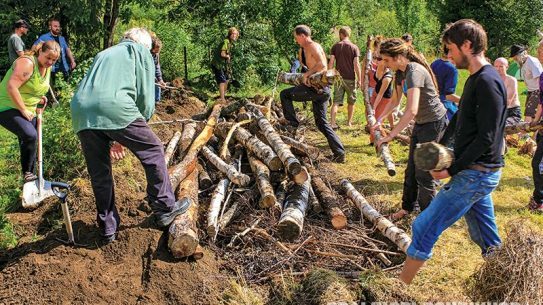 How To Tackle Overrun Farmland

Reclaim and revive overrun farmland the old-fashioned way using animals, a saw and your...