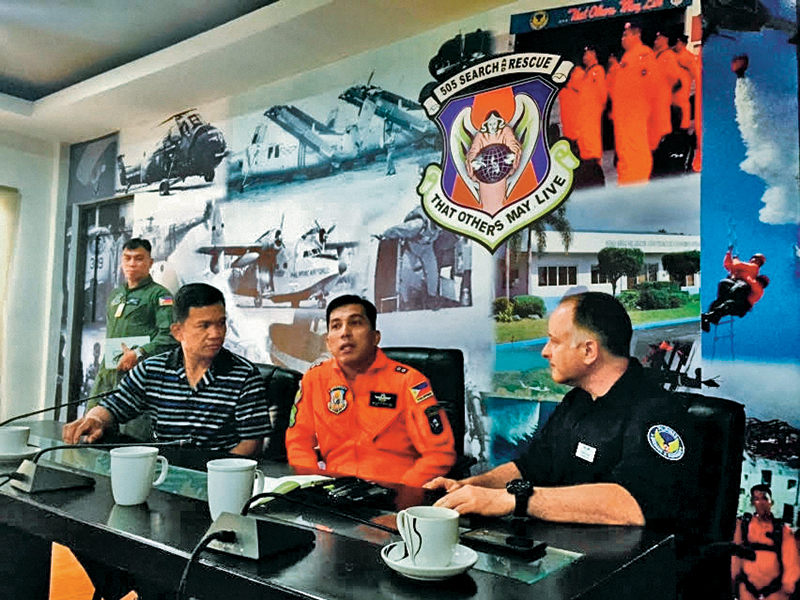 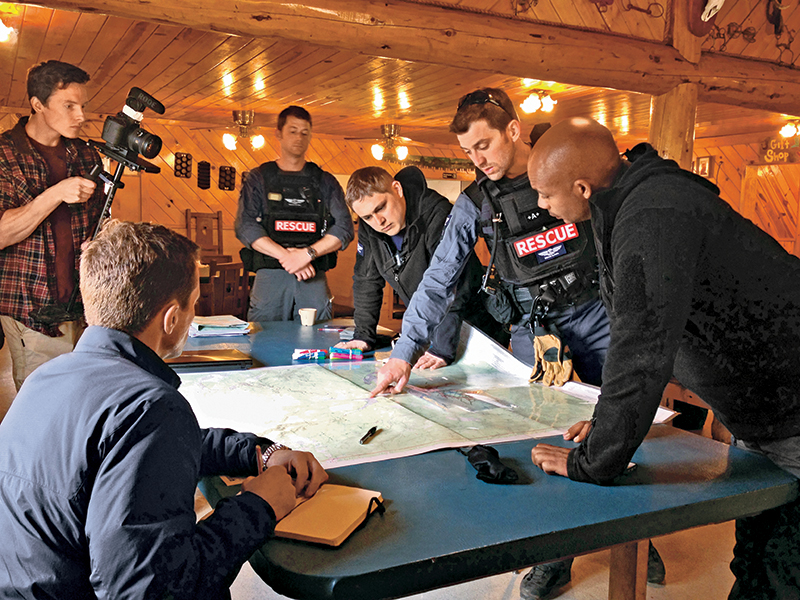 2 of 3
Photo by Rescue Global
Taking Command: Rescue Global Offers Support During Disasters
Skull sessions with maps and decision makers are easier with the intel provided. 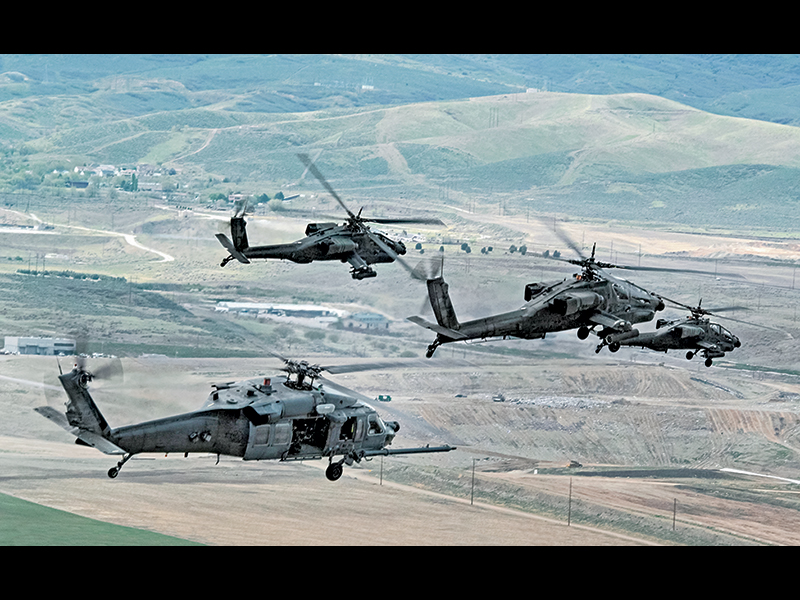 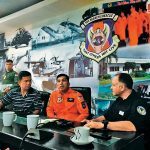 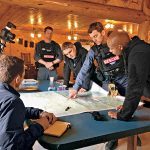 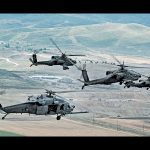 Hurricanes Donna, Andrew and Katrina were all Category 5 storms at one time in their destructive lives and three of the 10 most costly hurricanes in U.S. history. The first priority during each storm was assessing how many people were hurt, how bad the damage was and how large an area was devastated. At that time, the evaluation resources were limited and recovery was slow, so for days that stretched into weeks, hundreds of thousands of people lived without access to power, communications and consistent transportation.

A fact that is consistently underreported is that in the strike zone of any major disaster, the local government and authorities are as traumatized, shocked and uncertain of the situation as the residents. The overall result is that local decision-makers are usually compromised, less able to make critical evaluations of immediate needs and locate an area’s key crisis points. This post-disaster infrastructure paralysis, coupled with the total loss of the area’s usual services and facilities, like airports, reduces the ability of local leaders to understand the extent of the damage and who needs what first.

This is why Rescue Global was created. Its founders recognized the need to provide rapid, accurate and complete coverage to any kind of crisis and disaster by first providing a team of trained post-disaster experts and professionals who perform reconnaissance, evaluation and support to the local decision-makers. Rescue Global does this by training as well as equipping and empowering professional first responders who deploy to crises and disasters worldwide. Rescue Global helps establish what has happened, the extent of the damage and identifies the survivors who are in need of lifesaving action.

Rescue Global also determines the critical risk factors to consider when planning a response effort. Overall, Rescue Global provides an immediate crisis and disaster reconnaissance ability, delivering real-time, accurate information to decision-makers as well as performing emergency search-and-rescue operations where needed to save lives. As one of the first agencies on the ground, Rescue Global is able to provide liaison briefings, risk assessments, initial leadership and command support structures to empower local, regional and international actors. The group makes use of independent, secure and resilient communication and situational-awareness platforms in order to ensure the safety of their teams, and to gather the information quickly for better resource integration.

Rescue Global has its headquarters near Gatwick Airport in London, as a central hub through which all information flows. This includes live-voice communications and video streams from the Rescue Global teams on the ground as well as images from the Rescue Global fleet of unmanned aerial vehicles and aircraft. The information is used to generate maps with multiple layers of critical data to assess potential risks faced by search-and-rescue and humanitarian personnel.

During two weeks in May, Rescue Global participated in Angel Thunder, the world’s largest and most comprehensive inter-agency series of search-and-rescue exercises. The group put its people, processes and equipment through their paces in a number of scenarios in both mountain and desert locales in Arizona.

Angel Thunder is designed specifically to deliver challenging real-world scenarios, especially in relation to inter-operability and less-than optimal communications conditions. Since these are two areas that Rescue Global specializes in mitigating in order to save lives, these exercises proved effective in highlighting the role Rescue Global plays in post-disaster environments.

Rescue Global responded to “Angel Thunder” with a team of four Pathfinders, one of its pilots, a command team with admin and communications specialists and senior officers to provide government and embassy liaison expertise. During one of the scenarios, the “Caldwell Cabin Exercise,” a team of four Rescue Global Pathfinders, five command staff and a senior liaison was embedded with the simulated “government” and executed an operation to support a casualty evacuation site in conjunction with United States, Swedish and German military assets, ultimately ensuring the safe passage of 18 casualties and an international news crew.

Part of the task included establishing a reliable communications network between the Pathfinders, the operators and the command staff. To aid with the flow of critical information, the team of Pathfinders had the ability to stream live video via satellite through Rescue Global’s portal to all interested participants. Those live images can be used by decision-makers at every level—in the case of this exercise, it was actively used by the “U.S. ambassador” at the “embassy” to make lifesaving decisions.

According to David Jones, commanding officer of Rescue Global, “Delivering accurate and timely information from the very heart of a crisis or disaster to partners helps them make the right choices.”

The Angel Thunder exercise was realistic in that it challenged the participating search-and-rescue, disaster-mitigation and relief organizations with multiple real-world scenarios to create life-like stressors, including time pressure, fatigue and less-than-optimal communications. Rescue Global excelled in its efforts, just as it has done in real-world efforts that have helped save lives and ease suffering around the world.

Rescue Global’s personnel have proved, both in exercises like Angel Thunder and real lifesaving operations, that it can play a significant role in disaster risk reduction (before and after disasters) as well as response (during disasters).  They provide professional support to agencies and organizations during their hours of need. Rescue Global  measures their success in terms of impacts (effects)  not just outputs (efforts), always working to enable the host nation affected by the disaster, rather than acting only in response, which can sometimes make a country dependant upon aid. For more, visit rescueglobal.org.

Rescue Global was founded to meet the urgent need for accurate information in the immediate aftermath of a natural or man-made disaster. Rescue Global does this through the quick deployment of reconnaissance (Pathfinder teams), search-and-rescue and command-support capabilities to provide the governmental decision-makers with the knowledge to allocate resources and best direct efforts for the maximum affect.

Headquartered near Gatwick Airport in London, with offices in New York, Delhi and an airfield in the United Kingdom that offers round-the-clock deployment capability, Rescue Global has command, operational and technological staff from emergency services, military and first-response agencies, as well as considerable experience in command, control, communications and life-saving operations.

PUSHING THE LIMIT:
When not tasked with responding to a crisis or disaster, Rescue Global focuses on training other agencies, deep-level research, developing new equipment and establishing best practices. The group also works to strengthen relationships with international organizations, NGOs, high-tech industry groups, governments and the media for more effective operations during a disaster. 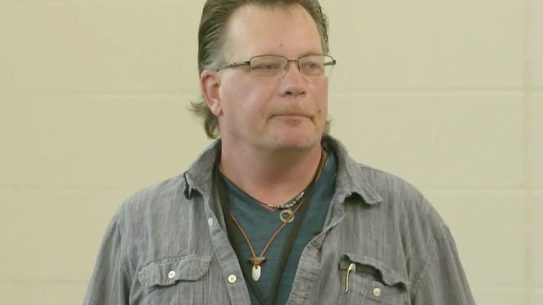 VIDEO: Barter and Trade in A Post-Colonial Scenario