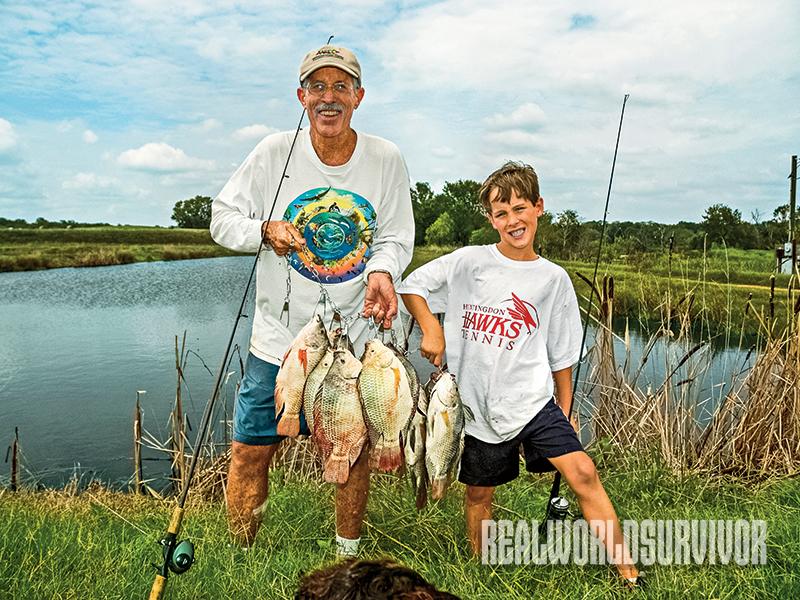 1 of 4
Photo by John E. Phillips
How To Start Your Own Catfish, Tilapia Fish Farm
Tilapia are great fish to sell in a catch-out pond, since they’ll put up a fight and are quite delicious to eat. 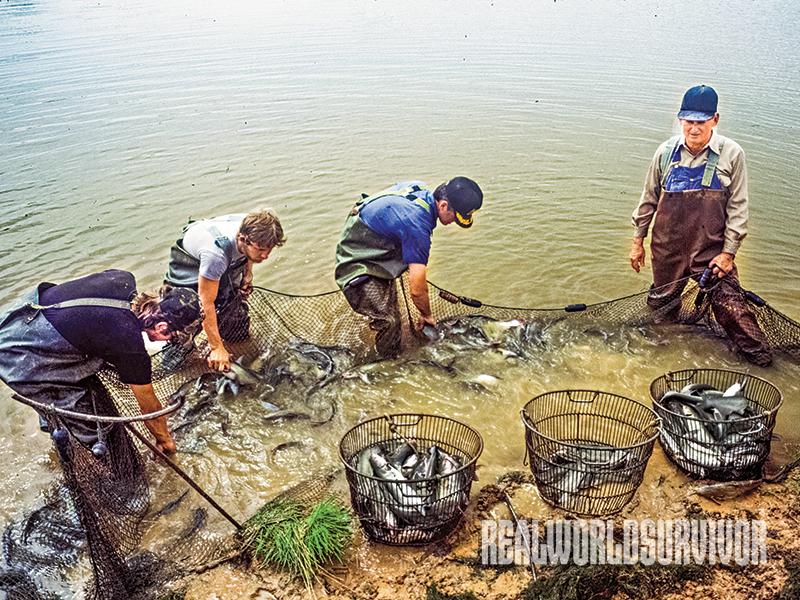 2 of 4
Photo by John E. Phillips
How To Start Your Own Catfish, Tilapia Fish Farm
Depending on the size of your pond, you can seine the catfish, put them in baskets, then load them onto trucks to be processed. 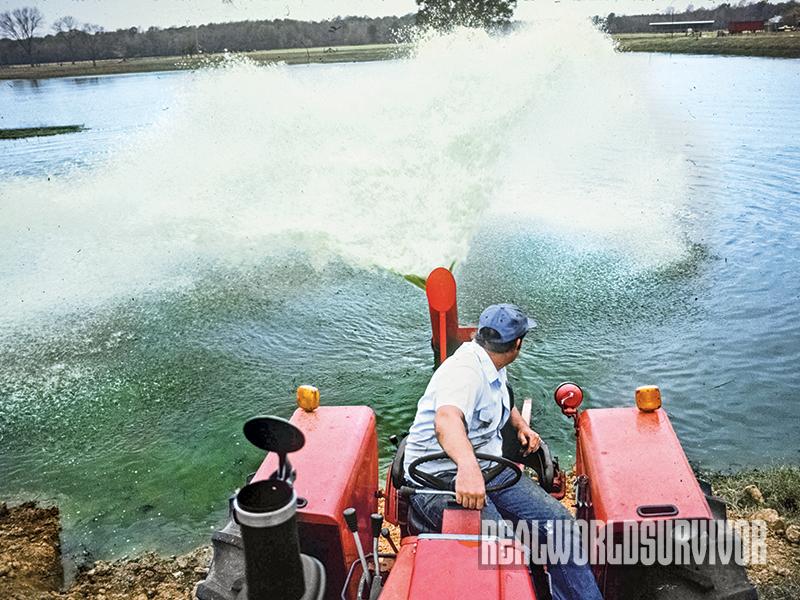 3 of 4
Photo by John E. Phillips
How To Start Your Own Catfish, Tilapia Fish Farm
One of the problems with raising catfish in extremely hot southern waters is the possible depletion of oxygen in the water. To solve this problem, some farmers use aerators they can back into their ponds with their tractors, and others put aerators out in the water. 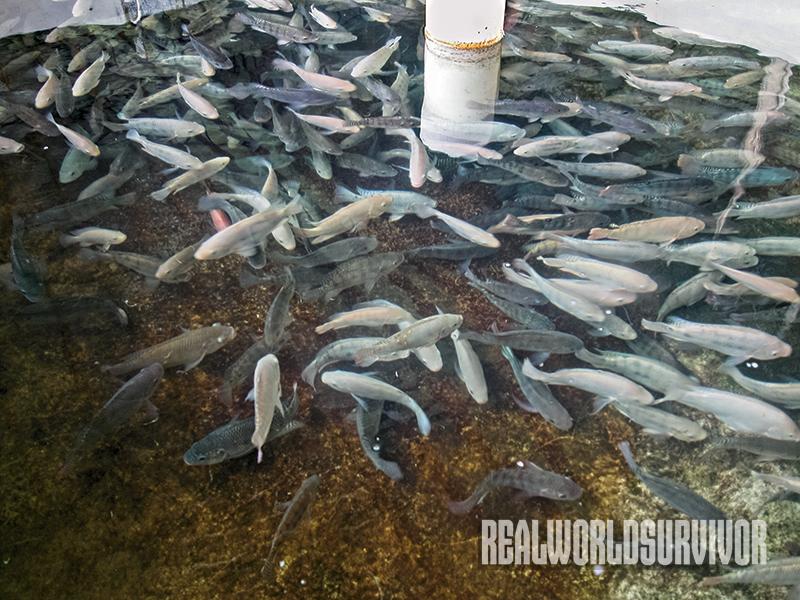 4 of 4
Photo by John E. Phillips
How To Start Your Own Catfish, Tilapia Fish Farm
If you want to get into fish farming and you live in a cold climate, you can raise tilapia in vats, tanks and/or old warehouses as long as there’s heat and water available. 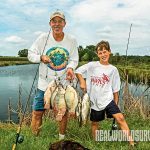 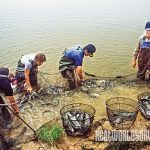 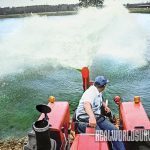 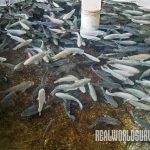 The number one freshwater fish consumed by Americans today is tilapia, with the number two being catfish. One hundred percent of tilapia eaten in the U.S. are raised on fish farms, as are 90 to 95 percent of the catfish. You can cash in on this new crop no matter where you live, or raise fish on a smaller scale to offset your grocery bill and have some fun.

In 1974, Dr. Jesse Chappell, Extension specialist and associate professor at Auburn University in the School of Fisheries, Aquaculture and Aquatic Sciences, decided to become a fish farmer when he and his family realized that there was more money in raising fish than in raising row crops. Chappell had grown up on a row crop farm in central South Carolina.

“My dad was an innovative farmer who embraced new technology in farming practices to increase the amount of money he made per acre,” Chappell recalled. “Our family farm produced at least two crops per year and sometimes three.”

From Minnows To Cats

Chappell’s family farm had a pond primarily stocked with sport fish, but the family also had several ponds where they raised shiner minnows to sell to bait shops. After college, Chappell learned that Auburn University offered the newest fish farming technology.

“When I entered Auburn’s Ph.D. program in agriculture, originally I wasn’t there to get a Ph.D.,” Chappell explained. “I primarily wanted to get better information about raising fish commercially on our family farm.”

After completing his Ph.D. work in 1978, Chappell took a job in Arkansas for three years on a large commercial catfish farm to learn the practical applications of the knowledge he’d acquired. Then he returned home to central South Carolina where he began to beg, borrow and rent equipment to build catfish ponds.

“Once I sold a crop of fish, I’d take that money and build more ponds,” he said.

Chappell’s first pond was 0.5 acres, and he kept building larger ponds, with his biggest being 12 acres.

Farmers in the 1980s often overfed catfish to get them to the market more quickly. The conversion rate was 1.3:1; every 1.3 pounds of food fed to the catfish produced approximately 1 pound of catfish. At that time, whole catfish were selling for $0.65 to $0.66 per pound, the farmer could grow them for about $0.55 per pound, and the profit was about $0.10 per pound.

In the 1960s, the fish scientists at Auburn University investigated the possibilities of fish farmers growing tilapia as a cash crop.

A tilapia produces about 33 percent of its live weight in fillets. Researchers at Auburn working with tilapia learned that if they put a tiny bit of hormones in the tilapia’s food when the fish were about 0.5 inches long, and fed them that hormone in their food for about three weeks, they changed the fish that normally would grow up to be females to be 99.9 percent males. This all-male stock of tilapia would not reproduce but would grow very quickly and not overpopulate a pond.

“Normally, the female tilapia stopped growing muscle and started producing eggs when they weighed 0.25 pounds,” Chappell explained. “Producing all-male tilapia was the catalyst that created the worldwide tilapia market, giving fish farmers the opportunity to raise tilapia and earn more money per pound of fish than they would make raising and selling catfish.”

The all-male population of tilapia being grown for meat grew at the same rate, and all could be harvested at the same time. As this new technology evolved, many fish farmers realized that they could make more money raising tilapia than they could catfish. Selling tilapia as live fish to the market enabled farmers to make $1 of profit per pound.

This tilapia research created another market. Scientists realized that since tilapia grew very rapidly in a mixed sex population and reproduced quickly, they could sell tilapia to landowners to put in sport fish ponds (stocked with bass, bluegills and catfish) to add another forage fish (bait fish) for these sport fish to eat.

“A problem that scientists at Auburn had to overcome was the fact that tilapia are tropical fish,” Chappell explained. “The tilapia could be stocked there in ponds about May but then had to be harvested by the end of October—no later than Thanksgiving—due to the water temperature dropping below 55 degrees. A 6-inch-long tilapia stocked in an Alabama pond would weigh 1.5 to 2 pounds when harvested in October. If you fed tilapia correctly, they’d consume 1.2 pounds of feed and produce 1 pound of weight.”

Chappell recommends that new pioneers who move from the city to the country consider the possibility of raising tilapia as a cash crop because they’ll make more money raising tilapia, and the demand is higher than for catfish. Although a farmer needs 150 days with water temperatures above 75 degrees to raise tilapia in outside ponds, there’s a solution.

“Plenty of tilapia are being grown indoors in closed environment systems in tanks across the U.S. with biofilters that keep the water in good shape,” Chappell said. “In a cubic foot of water, you can grow six or eight tilapia to market size. But you must take care of that water, so the tilapia can grow rapidly. To produce tilapia like this will cost the farmer about $1.25 per market-sized fish, which may sell for $2 to $2.25 live weight.”

To raise tilapia in northern climates, you’ll need a well-insulated structure where you can control the temperature. In more southern locations, farmers may use greenhouses to raise tilapia. Some farmers erect buildings strictly for raising tilapia, and others convert old warehouses or industrial buildings. Tilapia don’t have to have sunlight to grow and do well. However, the building does need lights so you can check on the fish and feed them.

“Besides the profit the farmer makes from raising tilapia, two products are produced, including liquid nitrate fertilizer and manure solids,” Chappell said. “The nitrate dissolved in the water can be used to fertilize pastures, vegetables and/or fruit trees. The manure solids can be used in compost and to make methane to power machinery. In this country, we are careful to use these solids away from food production because of     federal guidelines.”

Chappell also explained that using these solids to extract methane on a small farm isn’t financially practical. “But large-scale farmers can get additional revenue from extracting the methanes from the solids. These organic fish solids have all the plant nutrients commercial fertilizer does, including nitrogen, phosphorous and potassium. By using the nitrogen in the water, you save money on fertilizer and derive additional profits from your fish farming business.”

If you just want to raise tilapia on a small scale to provide fresh fish for your family and friends, you can do that in a 0.25-acre pond. If you don’t live in a southern climate, catfish may be a better choice.

Besides selling tilapia or catfish from a small pond, you can have a catch-out pond where customers pay by the pound for the number of fish they catch. Chappell also mentioned that fish farming is just like raising chickens or goats. You can’t be gone for periods of time without caring for these fish. However, usually you can raise a crop of fish within seven months, leaving you five months to raise another crop or take a vacation.

Depending on the size of the pond or the tanks where you are growing fish, you don’t have to work all day, every day, but the fish do have to be fed and the water monitored each day.

As Chappell said, “Fish are like small farm livestock, and they require about as much attention. The growth of any agricultural product is based on profitability and sustainability. The crop, whether it’s livestock or row crops, has to be profitable for the farmer and good for people.  As long as fish farming meets those two criteria, fish farming will continue to grow in the U.S.”

To learn more about fish farming, go to alearn.info. Click on the “Aquaculture” button for plenty of information on farming catfish and tilapia. You can reach Dr. Chappell directly at 334-844-9209 or email him at chappj1@auburn.edu. Also, you can get information from your local county Cooperative Extension agent. 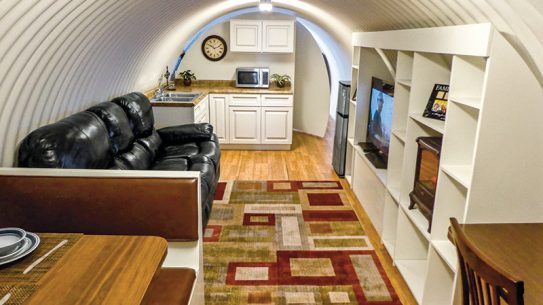 Shelters and safe rooms to keep your family out of harm’s way!