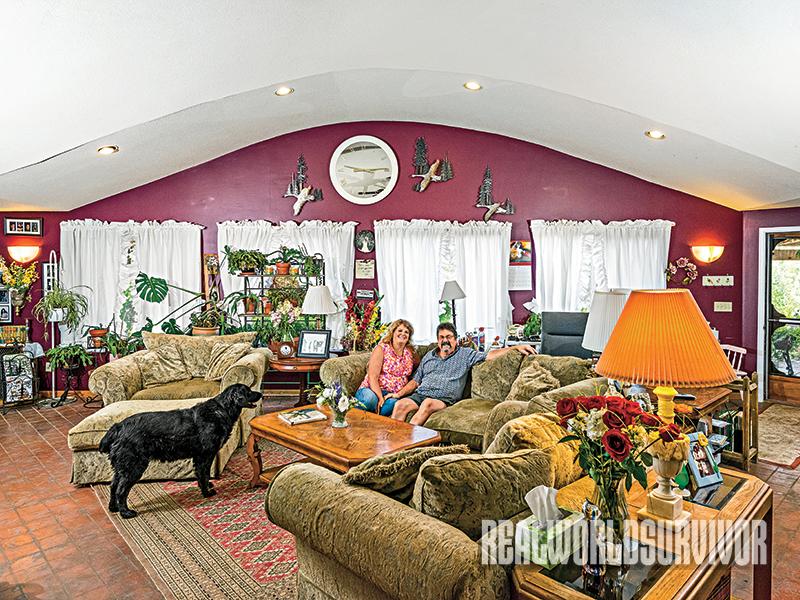 1 of 6
Photo by Thomas Kirchen
Concrete Dome Living
Juli and Ray in their living room, which is filled with her antique and estate-sale finds. The wall Ray pushed out 8 feet is the one behind them. 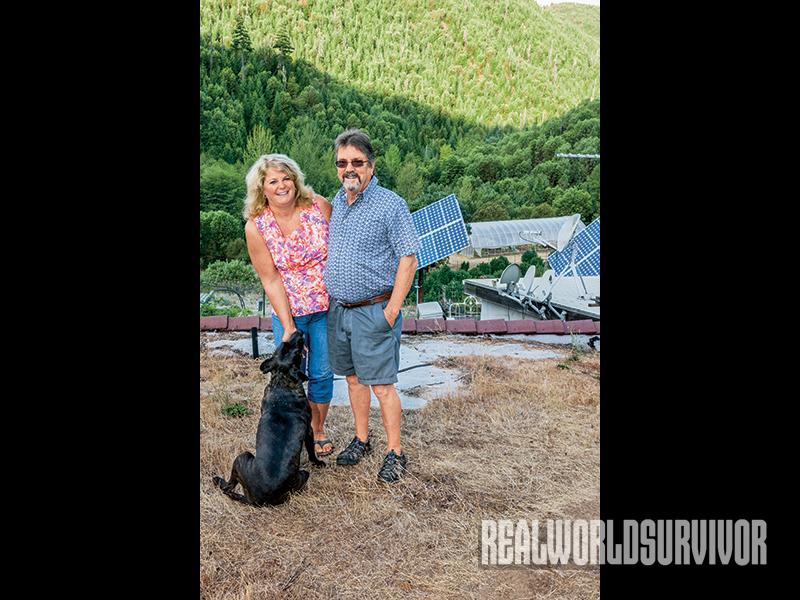 2 of 6
Photo by Thomas Kirchen
Concrete Dome Living
Looking down on Juli and Ray’s property from the sod roof. You can see one of the three solar panels, and Juli’s large greenhouse at the bottom of the hill. 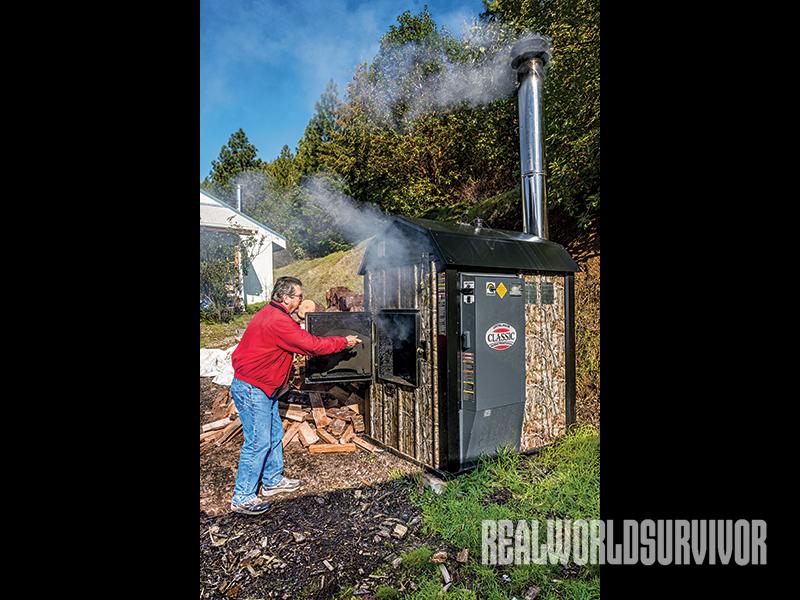 3 of 6
Photo by Thomas Kirchen
Concrete Dome Living
Ray feeds the wood-burning boiler. The boiler water is circulated through a heat exchanger in the house and does not mix with the potable water. See oregonwoodheat.com for more information on these boilers. 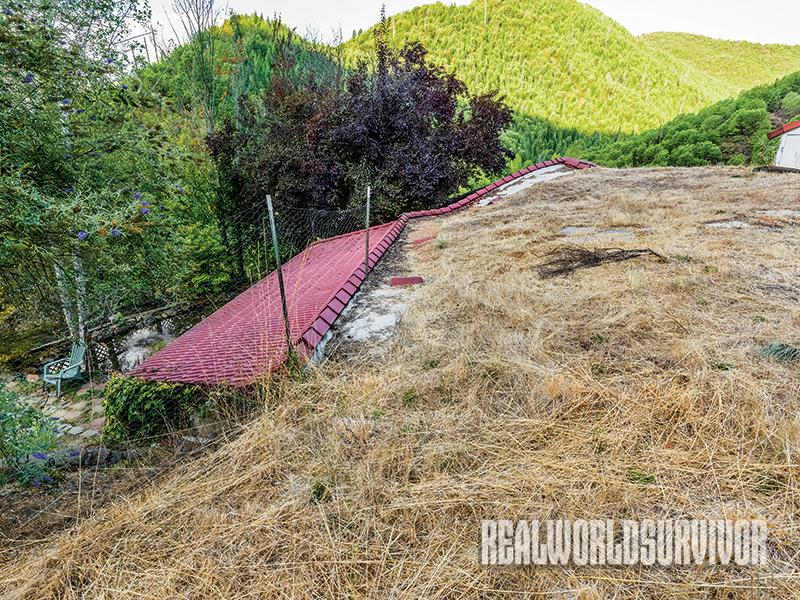 4 of 6
Photo by Thomas Kirchen
Concrete Dome Living
The sod roof this past August shows how dry Juli and Ray’s land gets. Ray added the tile roof when he extended the exposed face of the dome. Juli keeps the roof weed-whacked during fire season. 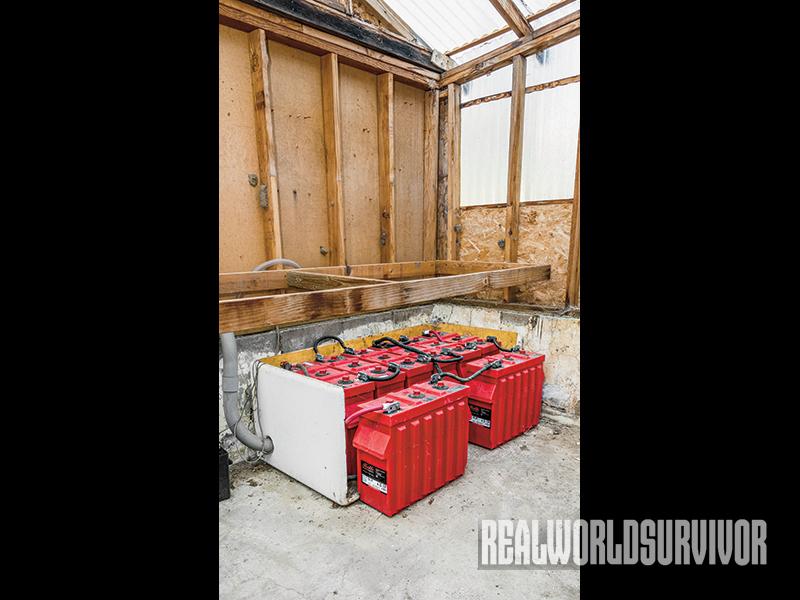 5 of 6
Photo by Thomas Kirchen
Concrete Dome Living
The battery bank that stores the power generated from the photovoltaic panels. Ray built a 24-volt system. 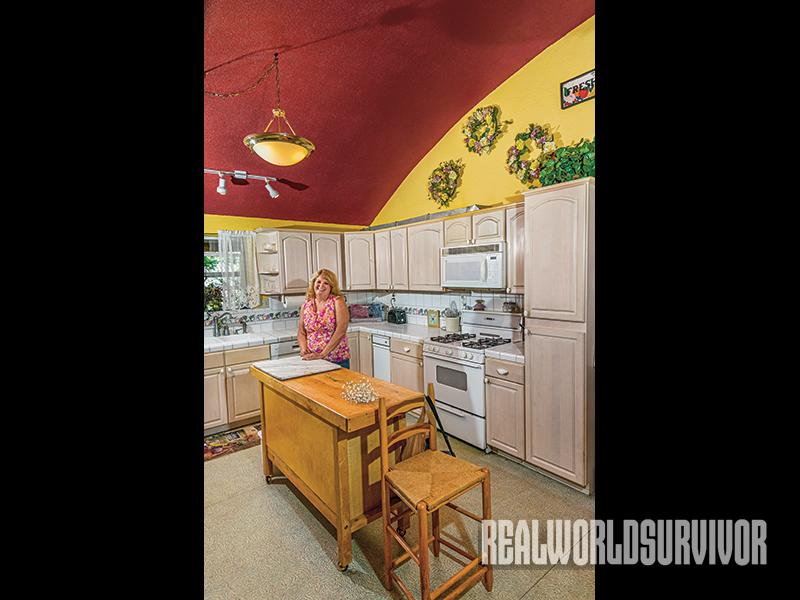 6 of 6
Photo by Thomas Kirchen
Concrete Dome Living
Except for the domed ceiling, you would never know that the house was a concrete dome. The kitchen is one module in the Terra-Dome system. 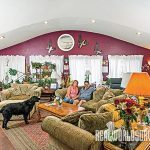 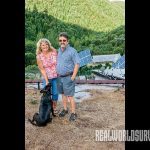 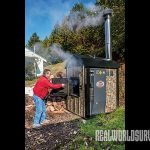 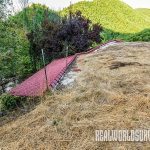 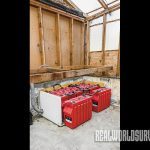 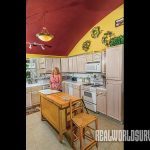 In 1995, Ray Ogden was traveling up and down the West Coast selling Contempo vans. In his spare time, he was looking for rural acreage close to the I-5 corridor. The idea of being more self-sufficient and off-grid appealed to him, and he wanted to get his family away from the gang violence in his hometown of Yakima, Washington.

“He likes being by himself. He didn’t want to live in a subdivision,” said his wife, Juli. “He’s one of those guys who can do anything; he’s very mechanical. He built his first house in Yakima.”

When Ray found his dream property, some people thought he was crazy. For openers, in 1992, a forest fire had burned the traditional wood-frame house to the ground. In its place the owner had decided to build a fireproof dwelling—a concrete dome set into the side of a hill—but had abandoned the project. Greeting Ray after he drove up a narrow dirt road sandwiched between steep forested slopes was a hill that looked as if it had been sliced in half, a concrete dome sitting on a dirt pad and piles of dirt to the east and west. Charred tree trunks scarred the landscape.

He was hooked. The place was off-grid, not too far from the small Oregon town of Rogue River, which was close to I-5. The price was right and he bought it. He moved his family to the land and they made do, using their RV for a kitchen and bathroom and living in a couple of outbuildings that the previous owner had rebuilt.

When he wasn’t at his day job, Ray worked on the house. “The hard part—putting up the dome—had been done,” he said. “I ended up doing most of the remaining work myself with a few exceptions. I did all the plumbing and electrical. I couldn’t find a contractor who wanted to work on such a unique property.”

The previous owner had purchased a Terra-Dome system, which is comprised of modules. The owner buys the modules he wants.  They are forms that are shipped to the site, reinforcements are made, the concrete poured, then the forms are shipped back to the company. The cost is comparable to that for framing a traditional house.

When Ray came on the scene, the dome was up but needed to be sealed. After doing that, he hired an excavator to backfill a layer of soil over the dome so the surface would be flat. Next, a 6-inch layer of ridged foam insulation went over the soil, then more soil was backfilled on top of the insulation.

To make the interior a little larger, he pushed the exterior wall of the living room out 8 feet and put a tile roof over that, finished the wood framing on the face of the building, installed windows and covered the exposed outside walls with stucco.

Ray wanted a hydronic heating system so put down a reinforcing grid over the dirt pad under the dome, laid pex tubing over it, connected it to a propane boiler and hired a contractor to pour a concrete floor and stamp a design on it.  The system worked like a charm but is far more efficient today, thanks to a change in boilers.

Working on the dome had some unexpected consequences. Since he was off-grid, Ray started looking into installing a solar system. Before long, he was involved with a company called Energy Outfitters and ended up becoming partners with the owner.

“That’s how I learned,” Ray said. “I practiced on myself, had a good mentor, my partner. The best way to learn about a product is to use it.”

He installed thirty eight 75-watt photovoltaic modules. The power is stored in eight 6-volt deep-cycle batteries wired in a 24-volt configuration with a total storage capacity of around 30kW. “This provides a constant power source to the house through a 4kW inverter that supplies the 120-volt AC household power to run conventional appliances—the refrigerator, microwave, well pump, etc. An 8kW Alaskan Diesel generator provides backup power. We use propane to run the stove, dryer and on-demand water heater,” he explained.

The solar panels provided electricity for the house and shop, but the cost of propane for the hydronic heating system was prohibitive, which led Ray to investigate wood-fired boilers, since there was plenty of wood on the property.  Shortly after he married Juli, he bought one, liked its efficiency and before long had embarked on another venture. “I decided to diversify and also become a dealer for Central Boiler outdoor wood furnaces.”

The property already had a conventional well with a submersible pump powered by the solar system through the inverter, but Ray wanted a backup. He installed a cistern that has a solar-powered pump. It can store 5,500 gallons of water and gravity feeds to the house. “By opening and closing valves, I can switch from the well to the cistern,” he said.

A second water source was not the only backup he installed for the house. He put a woodstove in the living room. In summer, a solar setup provides hot water for the house.

Ray and Juli are acutely aware that they live in fire country. The house is true to the previous owner’s intent—fire-resistant, if not fireproof. To minimize the danger, Ray and Juli have a large defensible space around the house and keep the grass mowed during fire season. Juli weed-whacks the sod roof. When she wanted an arbor on the front porch, Ray put one up for her. “It would burn,” she admitted, “but that’s about all.”

They take no chances. “Most important is to be very, very careful,” emphasized Ray. “That means no fires, fireworks, chainsaws or anything that could start a blaze during fire season.”

The house has long been finished, but Juli and Ray always have a project going. When you see the kitchen and interior, you would never guess the structure was a concrete dome nestled inside a hill. The only giveaway inside is the curved ceiling, and on the exterior, the sod roof. The house is filled with Juli’s estate sale treasures, plants and flowers arranged with her talented eye, and  has all the modern conveniences.

When asked about the pros and cons of living off-grid in a dome, Ray answered, “The big advantage is having control over your situation. We would send the kids to school, but they’d be back in an hour on the bus and say the power was out in town. The downside is that you have to know what you are doing. We can’t call up the power company and say we don’t have any power, come and fix it.”

Added Juli, “It stays so cool in summer because we have all the dirt shielding us from the heat. It can be 15 to 30 degrees cooler inside than out. I never thought I would live so far out of town. I wouldn’t trade it. It’s so peaceful.” 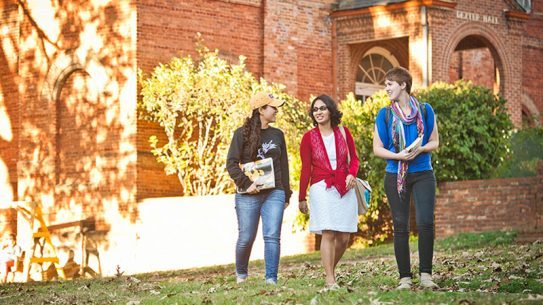