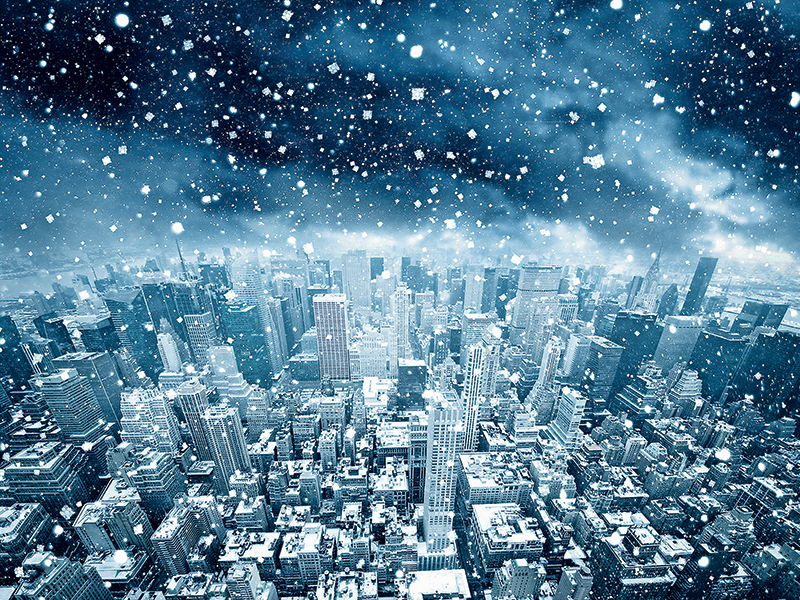 1 of 6
Photo by Shutterstock
Winter Is Coming: Prepare For This Season’s Destructive Storms
Prepare yourself and your family for what could go wrong during a serious winter storm. 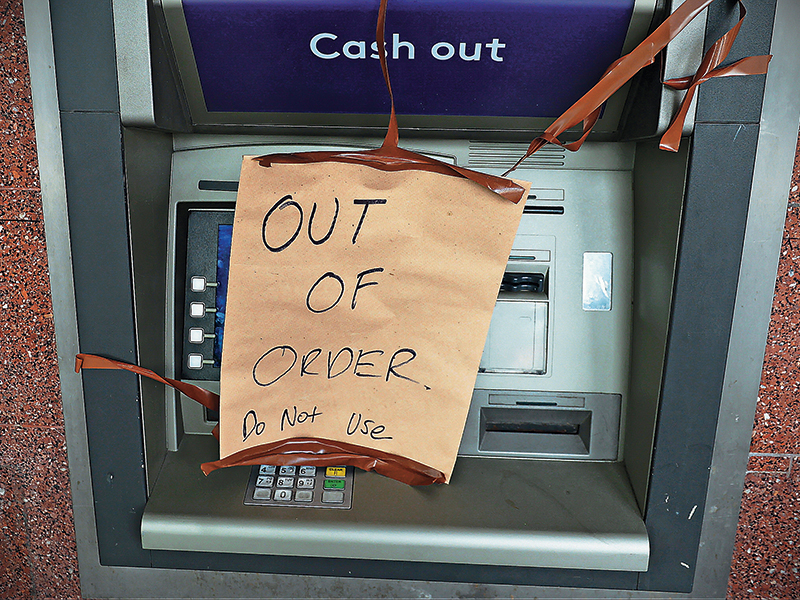 2 of 6
Photo by Shutterstock
Winter Is Coming: Prepare For This Season’s Destructive Storms
Withdraw extra cash before a storm hits for emergency expenditures. ATMs won’t work during a power outage. 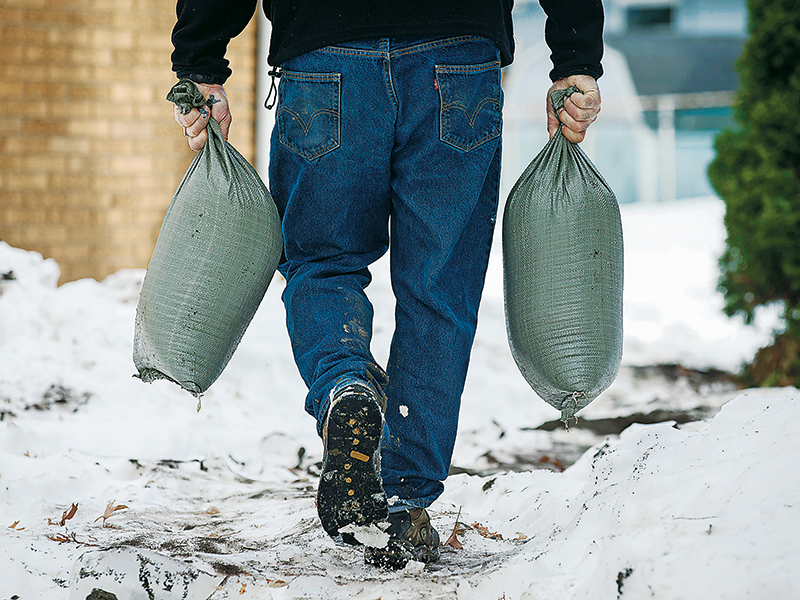 3 of 6
Photo by Corbis
Winter Is Coming: Prepare For This Season’s Destructive Storms
Roads will be impassable, so always have extra supplies on hand and rotate through your stock to ensure freshness. 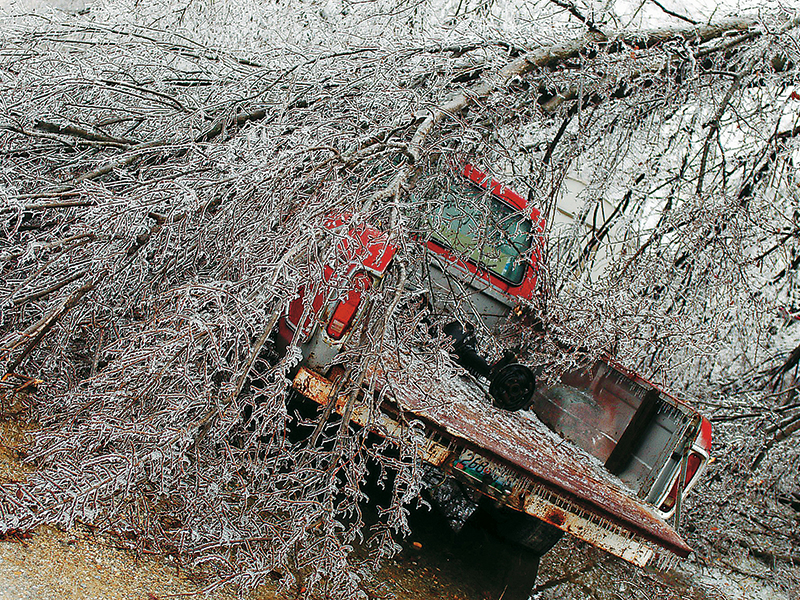 4 of 6
Photo by AP
Winter Is Coming: Prepare For This Season’s Destructive Storms
Roads will be impassable, so always have extra supplies on hand and rotate through your stock to ensure freshness. 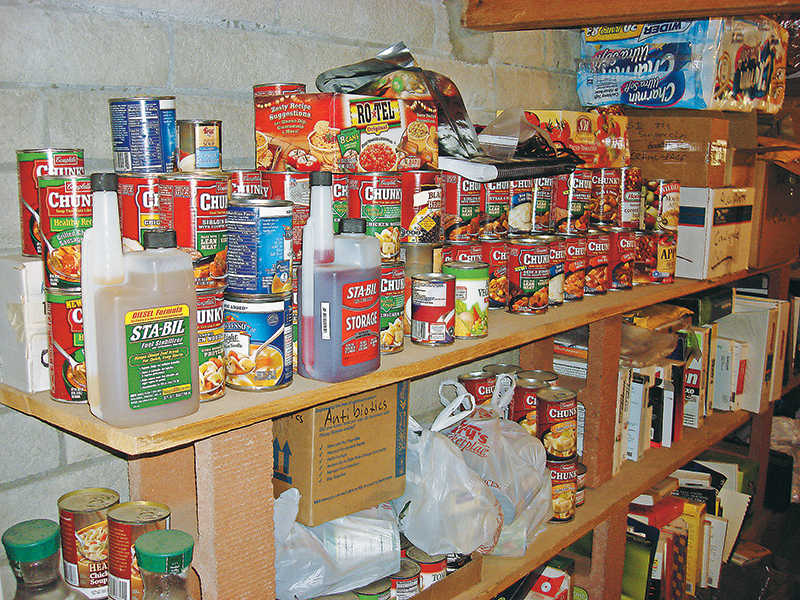 5 of 6
Photo by Bob Shimizu
Winter Is Coming: Prepare For This Season’s Destructive Storms
Roads will be impassable, so always have extra supplies on hand and rotate through your stock to ensure freshness. 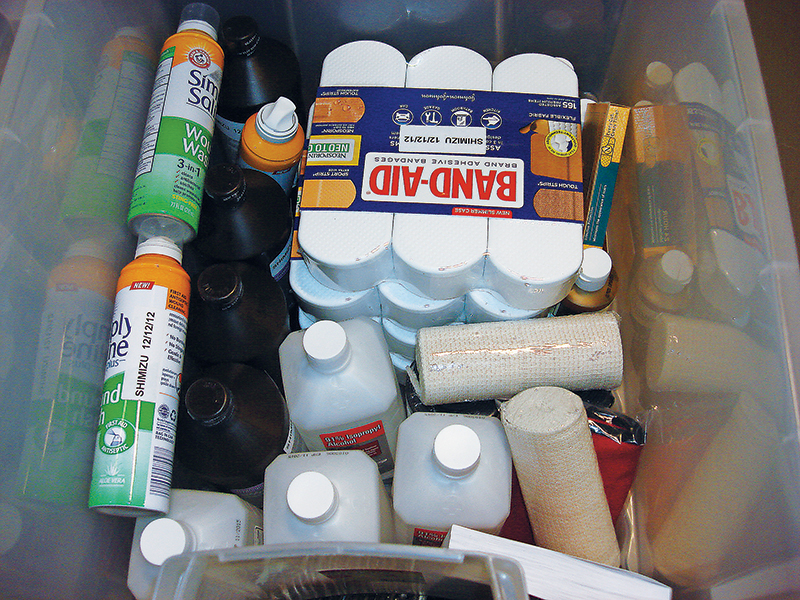 6 of 6
Photo by Bob Shimizu
Winter Is Coming: Prepare For This Season’s Destructive Storms
Roads will be impassable, so always have extra supplies on hand and rotate through your stock to ensure freshness. 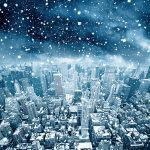 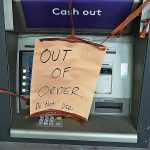 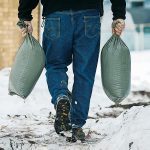 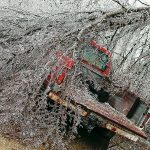 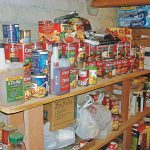 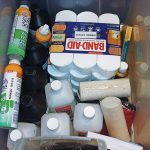 The forecaster was predicting a storm he called a “wintery mix.” When the storm hit, the second winter storm in less than a month, the temperature dropped below freezing and 2 inches of ice with an additional 5 inches of snow and sleet quickly accumulated. My truck was rapidly encased in an icy tomb. In the woods behind my house, branches were snapping from the weight of ice, and trees were exploding from the abrupt drop in temperature. The only sounds were of shattering wood, with another tree bursting every 20 seconds or so. I listened for a while, fascinated but not afraid. Then the power went out.

The storm that hit the Midwest in January 2007 caused 74 deaths across 12 states and three Canadian provinces, and knocked out power to 200,000 homes. The area was quickly declared an emergency at both the federal and state levels. Tree-trimming crews and linemen poured in from nationwide to help restore the region’s power. In the meantime, my parents and I had to figure out some way to survive until the power came back on. Leaving town was not an option, so we had to endure the effects of the storm, however long they lasted.

My parents’ house had a wood-burning stove and a supply of wood in the backyard. As the days passed, the house got colder, acclimatizing to the outside temperature. We all moved into the living room and slept on the sofa or floor. The fire kept the room from getting too cold, but it still was uncomfortably chilly. We rearranged our work schedules to make sure the fire was tended 24/7 to keep the room as warm as possible. The three of us also took turns chopping the ice off some of the frozen wood in the backyard and putting it in a bin near the fireplace so it could thaw and dry out for use when
we needed it for warmth.

Unfortunately, this was not enough, and we had to buy firewood to supplement our stores. Though wood and branches were everywhere, they were frozen and too green to burn. The first week of the power outage, $100 would buy a half cord (64 cubic feet) of dried firewood. By the second week, we paid roughly $165 for 8 cubic feet of wood that was still slightly green.

If you have a fireplace, store wood in a place protected from the elements and make sure the chimney is clear. If you don’t have a fireplace, there are various models of safe indoor, propane-fueled space heaters on the market. They sell out quickly in a winter emergency, so get one beforehand and make sure that it works and you have enough fuel. Also learn how to use it safely indoors.

My family had a supply of food in the basement. It contained dried fruits, canned meats, crackers and other food that didn’t spoil quickly or require much preparation. We used our backyard grill to cook on, mindful of the fact that if we used all the propane fuel, we would be unable to get more. Mealtime quickly became bland and repetitive, but we did have food to survive on. We put perishables in a laundry basket on the back porch to keep cool.

Make sure that you have enough food to last your family for at least three months. There are various companies that sell food designed for long-term storage. Another way to build a supply is to buy an extra couple cans or jars each time you go to the store. Rotate your food supply through the food you use normally to keep it fresh, but always replace it so you never use your entire supply. Be sure to include any special needs in your supply, such as baby formula, prescription medicine and pet food.

As you build your food storage, be mindful of how much cooking your food will require. Unless you decide to live off dehydrated camping food, you will need to have either a backyard grill or a camping stove, and the appropriate fuel to power it, in order to prepare meals.

Bottled water is a precious commodity during any emergency. We had cases of water stored with the rest of our food. Once power was restored to our workplaces, we could fill up water bottles there. Ice could be brought inside and melted, and then purified with iodine tablets or by boiling. We used as little water as possible for bathing, relying mostly on baby wipes and hand sanitizer. I would use leave-in camping shampoo to wash my hair. As power was restored to various parts of the city, we would go to friends’ houses to shower.

Bottled water that hasn’t been opened doesn’t have an expiration date. If you use containers that have been opened, such as water coolers or jugs, check them periodically to make sure the water is still fresh and uncontaminated. The average adult needs approximately half a gallon of water a day for drinking.

While crews were clearing the roads as quickly as they could, paramedics simply could not get to some parts of the city. Many people didn’t have transportation to the hospital. Bus routes weren’t running and many cars were iced in place. Many fatalities were the result of car accidents as people attempted to get through town.

Make sure you have medicine and first-aid supplies in your emergency gear. Basic first-aid kits are great for minor cuts and scrapes. They usually don’t include materials for sprained or broken bones if you slip and fall on ice, or enough gauze to bandage a severe cut. Whatever medical items you decide to put in your kit, get properly trained so you know how to use them during an emergency.

The entire city was essentially shut down. Plows and salt trucks were attempting to clear the roads, but the ice was so thick it took multiple passes before the streets were drivable. Many streets were blocked with fallen trees and downed power lines. Gas stations ran out of gas and grocery store shelves were bare within the first day. Until the roads could be cleared of ice and tree limbs, no trucks could get into town to deliver goods.

The economy in an emergency is drastically different from what we utilize on a daily basis. During the power outage, cash was king—there were few working credit card machines in town to buy necessities. Most ATMs weren’t functional, and those that were quickly ran out of cash due to emergency withdrawals.

Even if you had cash, that was no guarantee that you would be able to buy the things that you needed. Prices on necessities skyrocketed, while stores were dealing with their own problems. A local outdoor-gear store where many people went looking for last-minute items was running on backup generators, but the cycle pump for the store’s four-story indoor waterfall was not connected to them. The water overflowed the basin and flooded the camping department with about 2 feet of water. I and other employees barricaded the stairs, and donned fishing waders to salvage whatever supplies we could. We saved some gear, but some of the stoves, heaters and flashlights wouldn’t work, while we simply couldn’t move the heavy pallets of propane.

The most important part of surviving a severe winter storm is teamwork. My parents and I, despite the frustrations of the situation, all pitched in to make it as comfortable as possible. We played board games and cards or read books, since we had no other form of entertainment. We helped our friends with child care, sharing goods, giving rides and assisting with anything else that needed an extra set of hands. While it was still a hazardous situation to be in, having people we could rely on made it easier to bear.

The line repairmen came to our house at 3 a.m. We watched them work, eager with anticipation, and when the lights came on, we cheered. It had been a long, cold three weeks without electricity. Our preparation and teamwork made what could have been a dangerous emergency into a situation that ultimately taught us about survival and solidarity.

Ready.gov
The government’s website offers tips on winter storm kits to help you get through a disaster as comfortably as possible. (ready.gov)

AccuWeather
This website provides additional information and tips specific to whether you find yourself stranded in a winter storm on a farm, in a car or in an urban area. (accuweather.com) 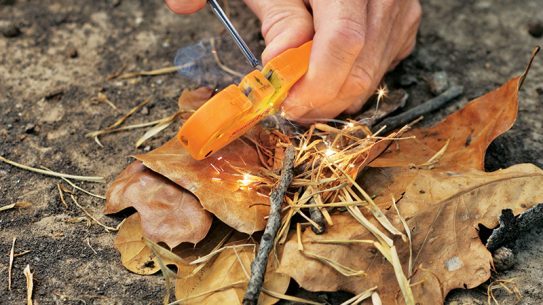 12 Prepper Products You Should Have on Hand at All Times

Disaster-ready gear to help you stay prepared for any emergency!