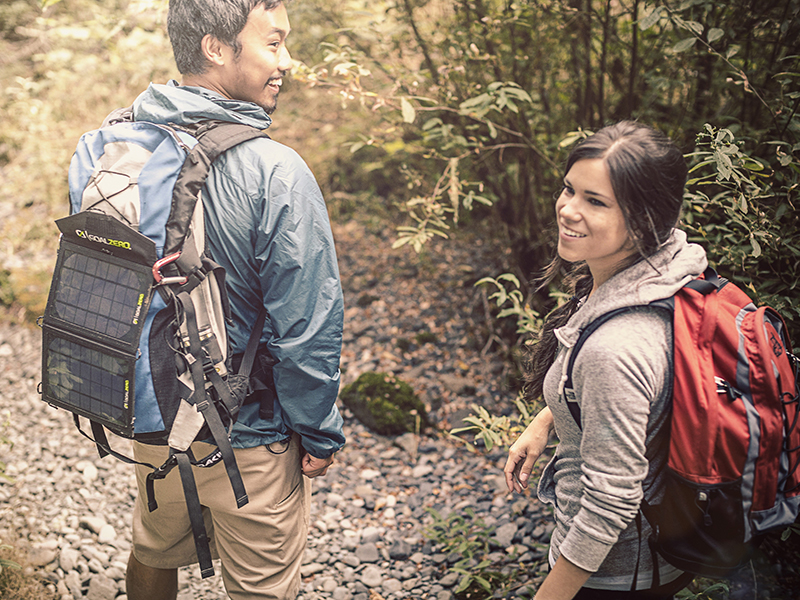 1 of 10
Photo by Goal Zero
Goal Zero: Bringing Power to the Planet
Goal Zero’s rugged solar arrays will travel and operate literally anywhere. With one of its systems, a survivor has reliable light and power for radios and cell phones independent of the power grid. 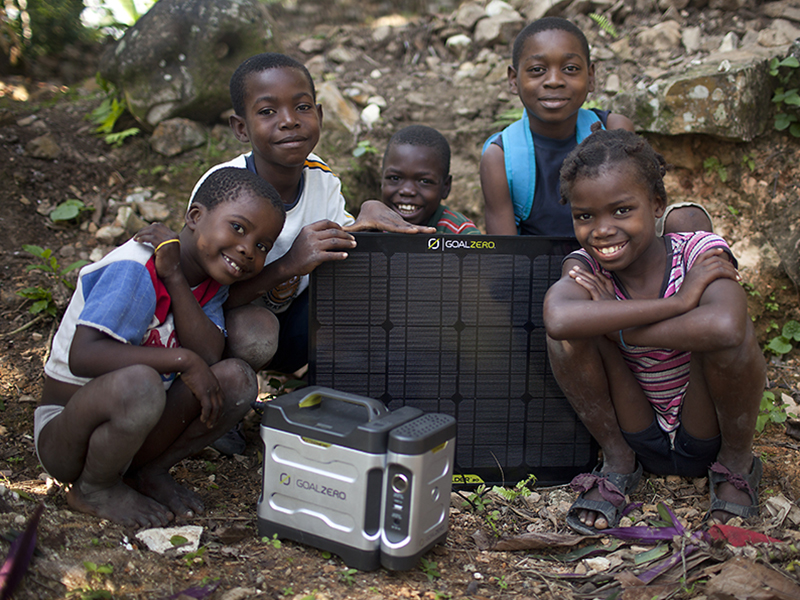 2 of 10
Photo by Goal Zero
Goal Zero: Bringing Power to the Planet
Goal Zero makes an extraordinary series of products but also focuses a great deal of energy on altruistic endeavors. Goal Zero has as its mission to bring clean, reliable power to the unfortunate and downtrodden around the globe. 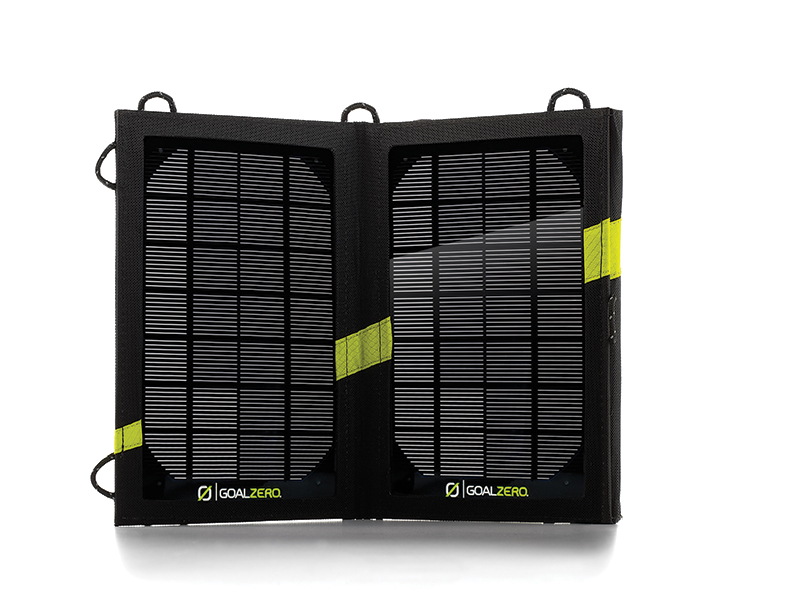 3 of 10
Photo by Goal Zero
Goal Zero: Bringing Power to the Planet
Goal Zero’s solar arrays are robust, lightweight and foldable. These attributes make them remarkably versatile tools for the American survival prepper. 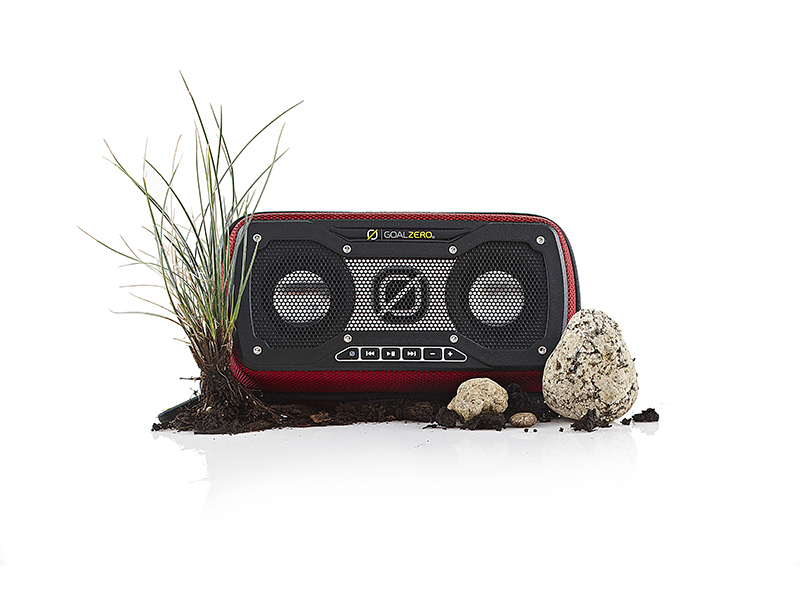 4 of 10
Photo by Goal Zero
Goal Zero: Bringing Power to the Planet
The Goal Zero RockOut2 provides an infinite supply of solar-powered music anywhere in the world. No matter the location or circumstances, this device can keep things jamming. 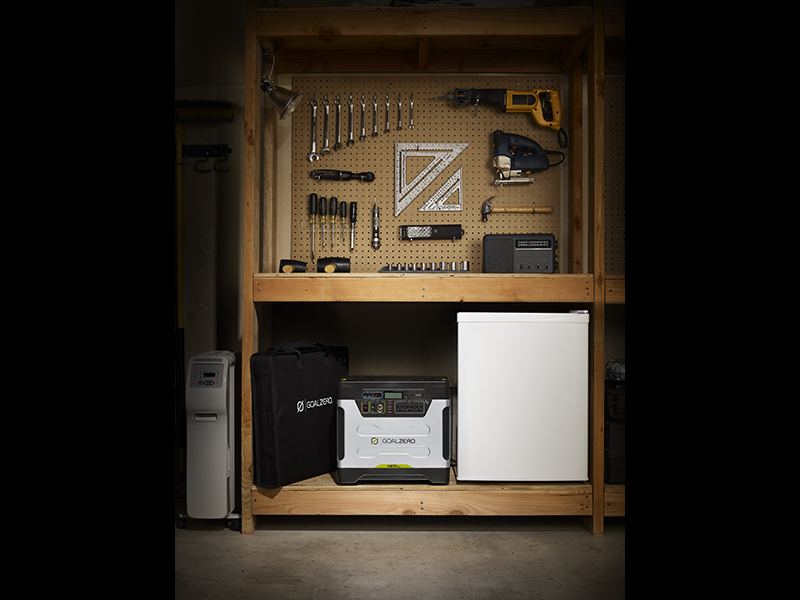 5 of 10
Photo by Goal Zero
Goal Zero: Bringing Power to the Planet
Goal Zero power packs are portable and compact. These remarkable devices are available in a variety of sizes for any prepper’s needs. 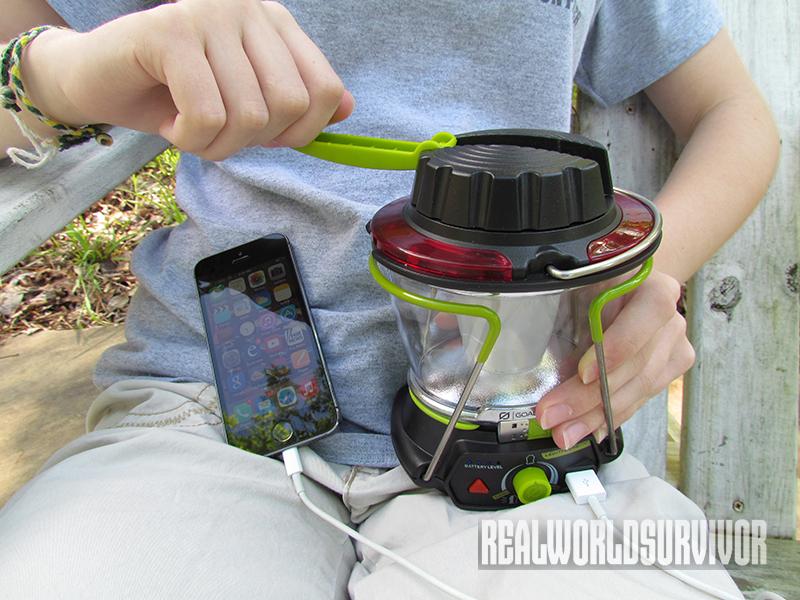 6 of 10
Photo by Sarah Dabbs
Goal Zero: Bringing Power to the Planet
The Goal zero Lighthouse 250 is the ultimate survival prepper illumination system. This robust device incorporates an auxiliary hand-cranked generator and can also charge your portable electronic devices via its integral USB port. 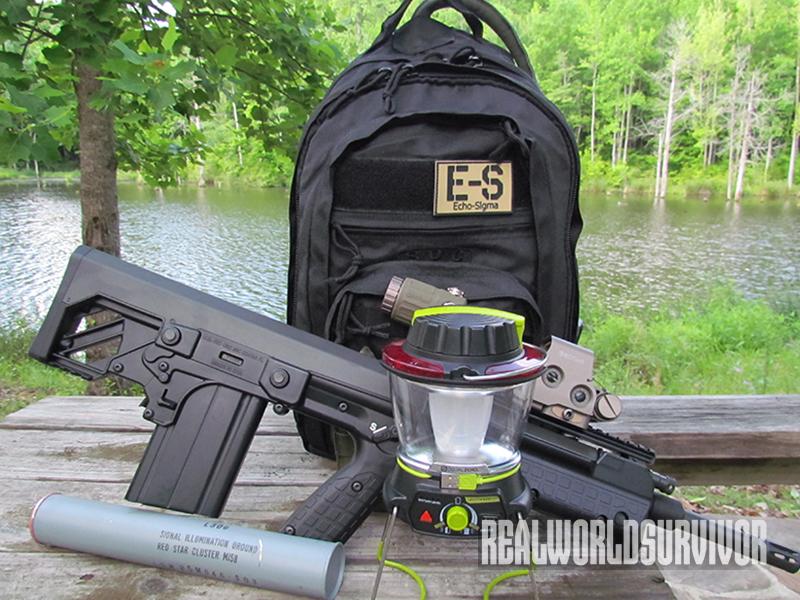 7 of 10
Photo by Sarah Dabbs
Goal Zero: Bringing Power to the Planet
The Goal Zero Lighthouse 250 is a remarkably well-engineered tool. The design is robust enough for field use and the legs fold for storage. The diffuser manages the available light to facilitate reading, signaling or general camp or home tasks. 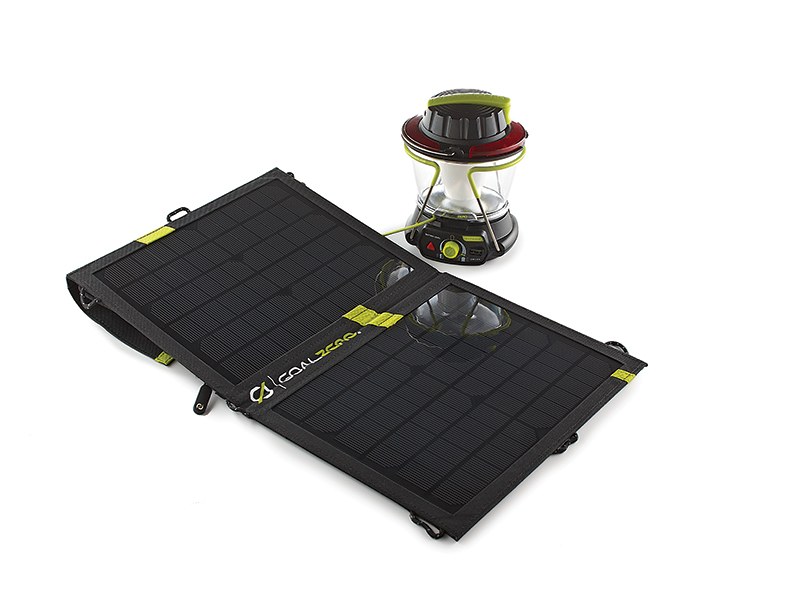 8 of 10
Photo by Goal Zero
Goal Zero: Bringing Power to the Planet
When combined with a folding solar array from Goal Zero, the Lighthouse 250 provides reliable lighting and clean power for personal electronic devices anywhere the sun shines. The applications for survival preppers are many. 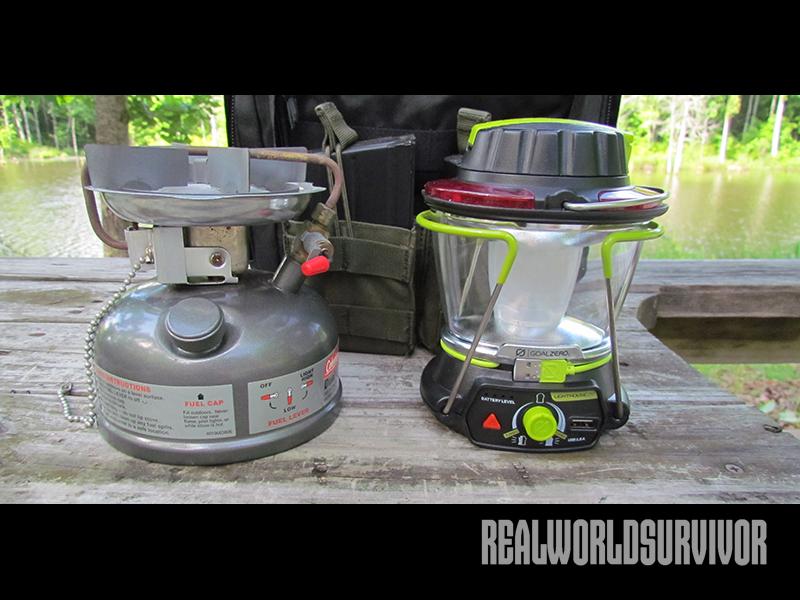 9 of 10
Photo by Sarah Dabbs
Goal Zero: Bringing Power to the Planet
The Lighthouse 250 weighs about a pound and takes up no more space than a small camp stove. Capable of being charged by a variety of power sources, the Lighthouse 250 can light your way or help keep you connected independent of a power grid. 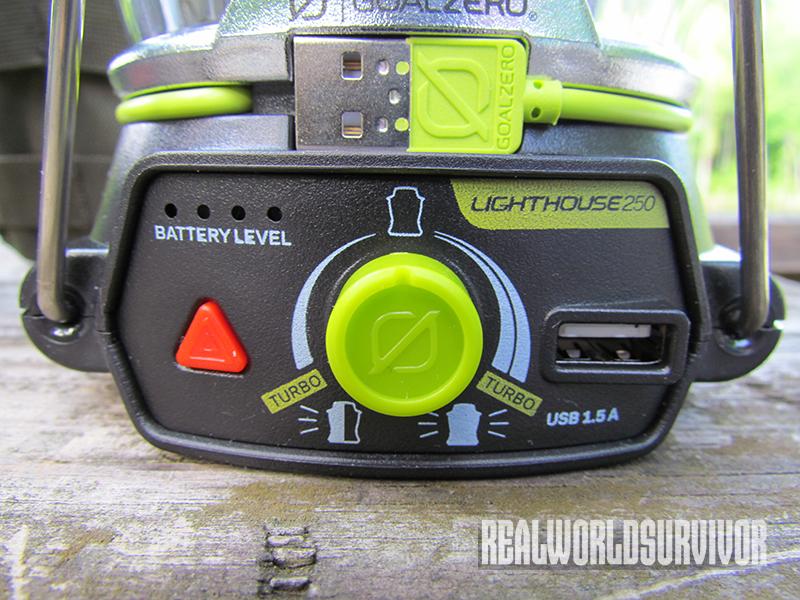 10 of 10
Photo by Sarah Dabbs
Goal Zero: Bringing Power to the Planet
In addition to being versatile and tough, the Lighthouse 250 is also just cute as a button. Controls are well engineered and enhance the flexibility of the device. 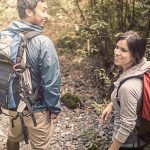 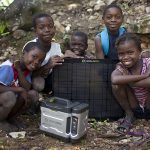 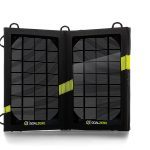 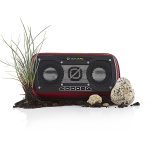 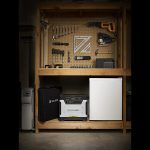 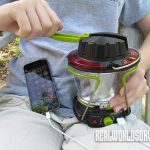 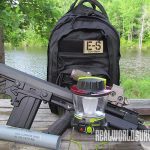 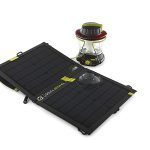 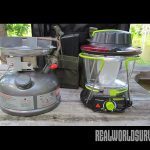 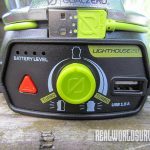 The sun bathes the Earth in more than 44 quadrillion watts of power every year. Like raindrops in a thunderstorm, most of that energy just slides off, bounces off or soaks in, never to be effectively utilized. In an age when nations declare war over energy sources and blood is spilled to control the flow of oil, Goal zero has as its mission the ready application of solar power anywhere and everywhere in the world.

There was a time when solar panels were heavy, fragile and expensive. Efficiency rates were modest and the requirements for rare elements kept this technology out of the hands of individuals and organizations not blessed with a NASA-grade budget. Now, modern materials, science and revolutionary advancements in microelectronics have brought the cost of effective solar systems within reach of the average person.

My examination of Goal Zero and its products demonstrated that this is a different sort of company. The employees sport titles like Equestrian, PR Maven, and Wordsmith in their official correspondence. Its customers describe themselves as “exploration addicts” and “adventure photographers.” The company’s founder has as his mission “the provision of clean, sustainable power to the downtrodden people groups of the world so that they can lift themselves out of poverty.” Goal Zero seems to personify capitalism and ministry in comparable quantities.

Goal Zero’s products are designed for rugged use anywhere on the planet. Its simplest folding solar arrays will energize rechargeable AAs and resurrect a dead cell phone. Its RockOut2 Solar Speaker will keep the most adventurous audiophile jamming to how or her favorite MP3s leagues away from civilization. The company’s larger power packs and solar generators keep your electronics going independent of a power grid. The rechargeable Lighthouse 250 Lantern & USB Power Hub is the ultimate illumination solution for the survival prepper caught managing a crisis after dark.

At 1.1 pounds, the Lighthouse 250 hangs from a hook, sits on a table or folds up for storage. The Lighthouse 250 charges from wall power, a solar array or a standard car charger via its USB port. It also incorporates a built-in, hand-cranked dynamo that yields 10 minutes of soft light for every minute of cranking. The light has multiple brightness settings and can be configured to shine out one side for walking or both sides for reading. There is a flashing red emergency beacon and the device will also charge your cell phone or other portable electronic devices. A seven-hour charge will yield 48 hours of light on its lowest settings. After spending some time with one in the field, I would describe it as compact, effective, robust and, well, adorable. The little light just looks happy sitting there on the ground smiling at you through the darkness.

At Goal Zero, helping the unfortunate and saving the world are not esoteric clichés tacked onto a corporate philosophy to generate sympathy sales and whitewash more self-centered priorities. Goal Zero works through Teaching Individuals and Families Independence through Enterprise (TIFIE) and Share The Sun programs to bring opportunity to parts of the world hamstrung by lack of infrastructure.

Goal Zero was founded by Robert Workman in 2007, after a trip to the Democratic Republic of the Congo. Its corporate mantra is “Zero Apathy. Zero Boundaries. Zero Regrets.” Goal Zero’s relief efforts have touched people in post-earthquake Haiti to tsunami-wracked Japan to rural India and inner-city New York, as well as the Navajo Nation in Arizona. Goal Zero even brought sustainable light to remote areas of Kyrgyzstan and the Philippines after Typhoon Haiyan.

In the words of Goal zero’s founder, “We can put reliable power into every human hand on this earth, without overwhelming our resources. There is enough for all—so if not you, who? If not now, when?”

Goal Zero’s innovative portable power solutions provide unprecedented versatility for the American survival prepper. A loss of power is a given for most any conceivable survival scenario. Now that our lives are so defined by our dependence upon technology, deprivation from the information that guides us can seem paralyzing.

I once made my way home after a tornado system knocked out power to my medical clinic and forced us to close early. Not particularly concerned when I was unable to reach my family on the phone, I presumed there was a reasonable justification for our loss of communications. When I crested the last rise before I turned for home, it looked like my little rural community been had run through with a giant Weed Eater. Massive trees were laid flat like grass and houses had exploded like bombs. My heart raced as I searched vainly for a usable road to my house, all the while unable to get anything but a recording on my wife’s cell.

It turned out that the power grid was down and the battery in my wife’s phone was dead. The twister had passed less than a mile from the house and my bride and three kids were sitting peacefully in the backyard enjoying the post-storm sunshine as I drove up frantically fearing the worst. Being without power, even in the wealthiest, most powerful nation on planet Earth, can be a big deal in the Information Age.

With a solar system from Goal Zero, your phone, radio and lights are reliable independent of the power grid. No matter where you go or what sort of sordid state the infrastructure might be in, Goal zero will keep your modern world illuminated, entertained and connected. It’s like carrying a little civilization around with you in your rucksack. At the same time, a portion of what you spend with these folks goes back into saving the world and helping those who cannot help themselves. Now how cool is that? 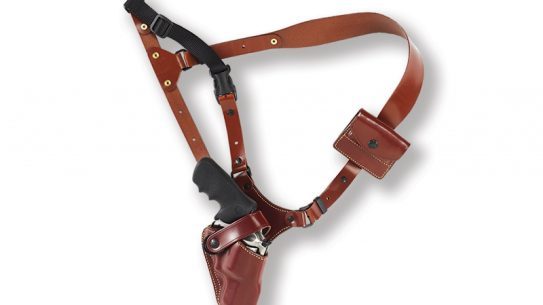 The Great Alaskan gun holster from Galco was designed for both comfort and practicality.