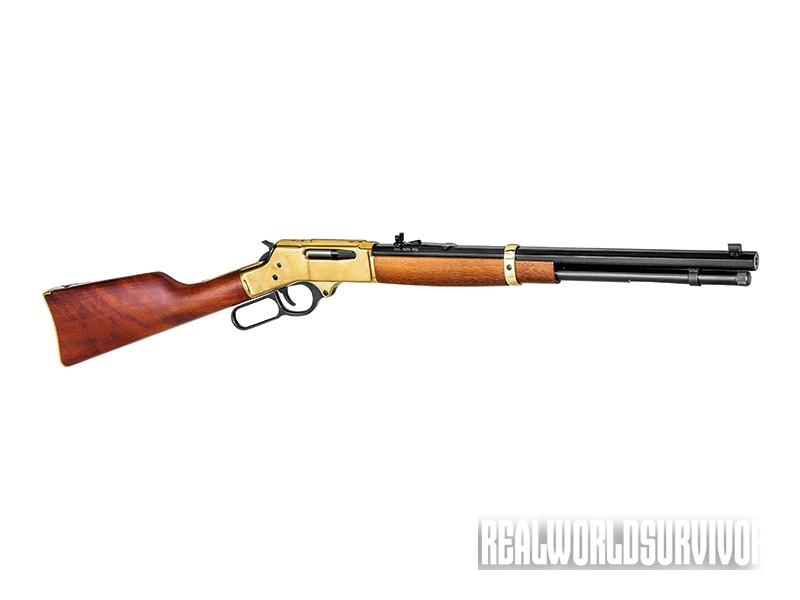 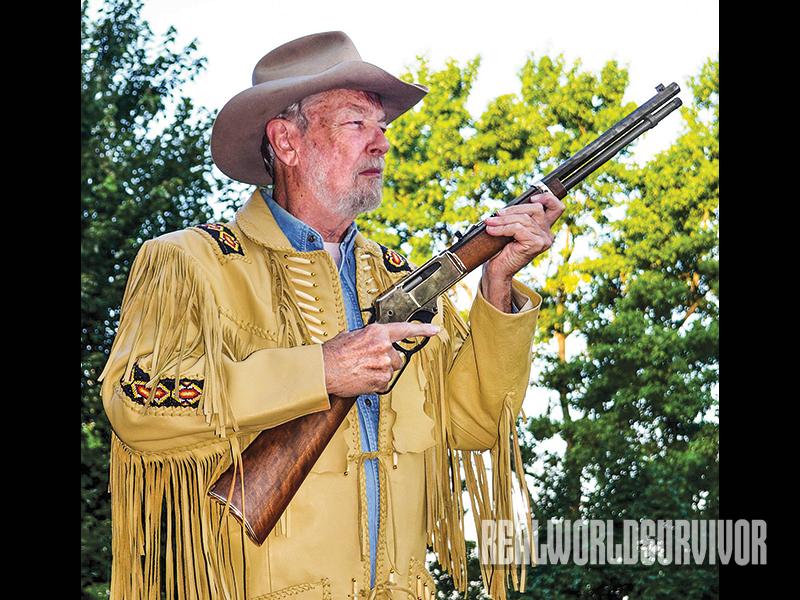 2 of 8
The All-American Henry .30-30 Rifle
The Henry .30-30 recalls a colorful period of history while giving modern-day shooting performance. 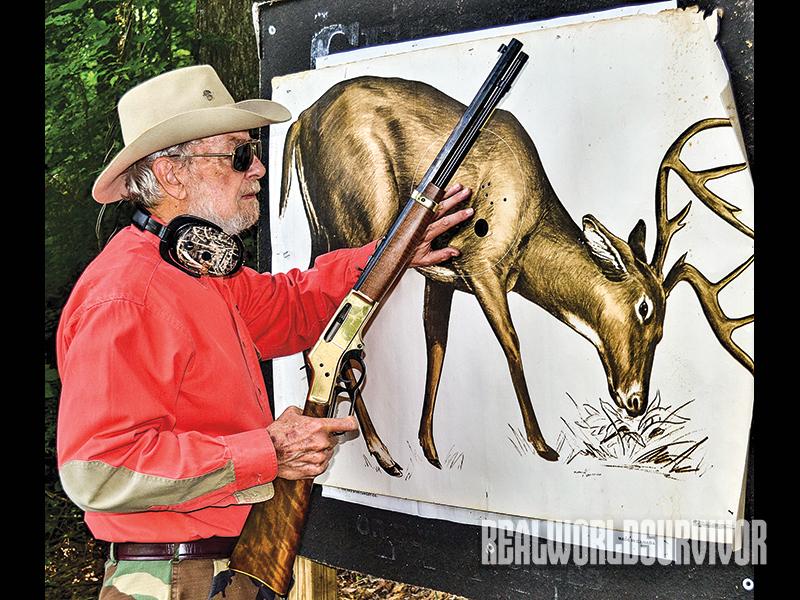 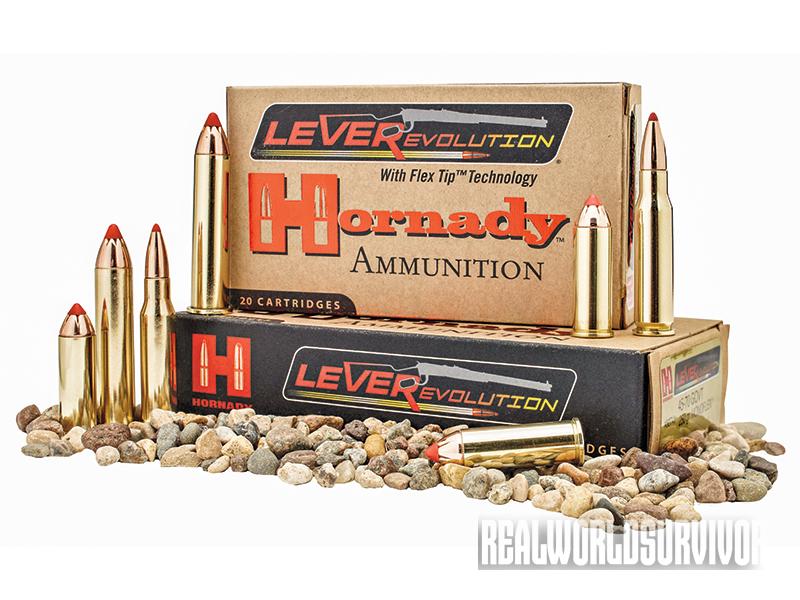 4 of 8
The All-American Henry .30-30 Rifle
Today’s ammunition companies, like Hornady, are making it very easy to stick with fast-handling lever guns for hunting. 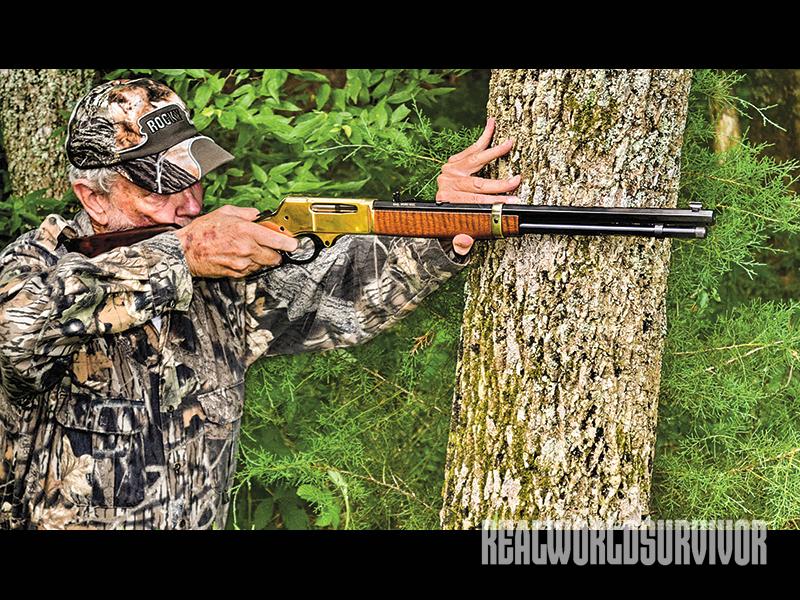 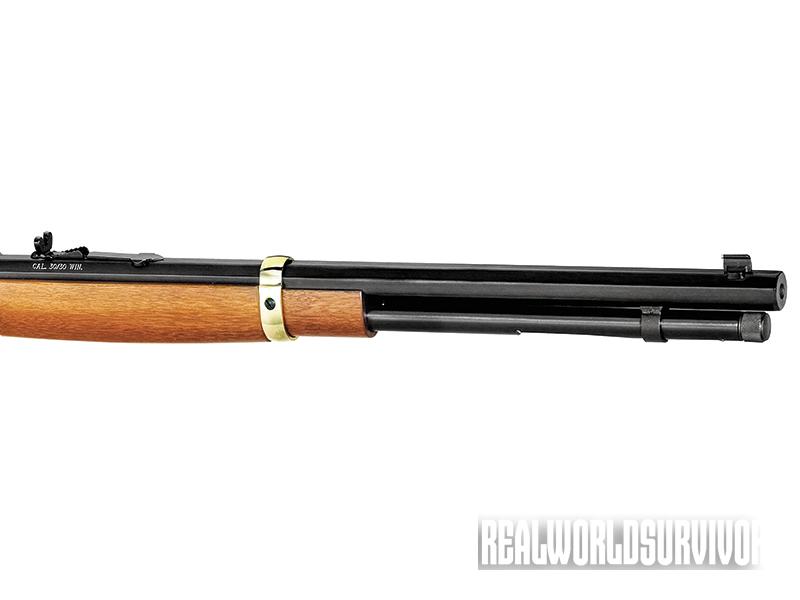 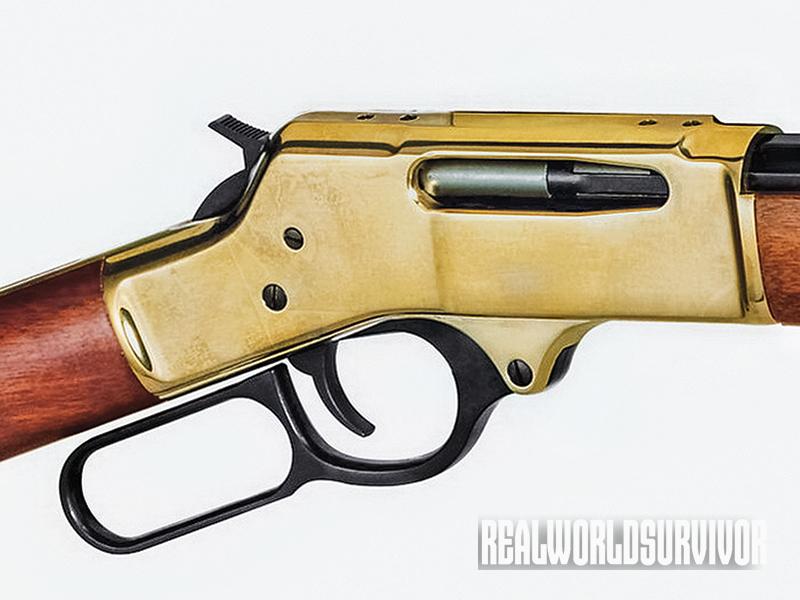 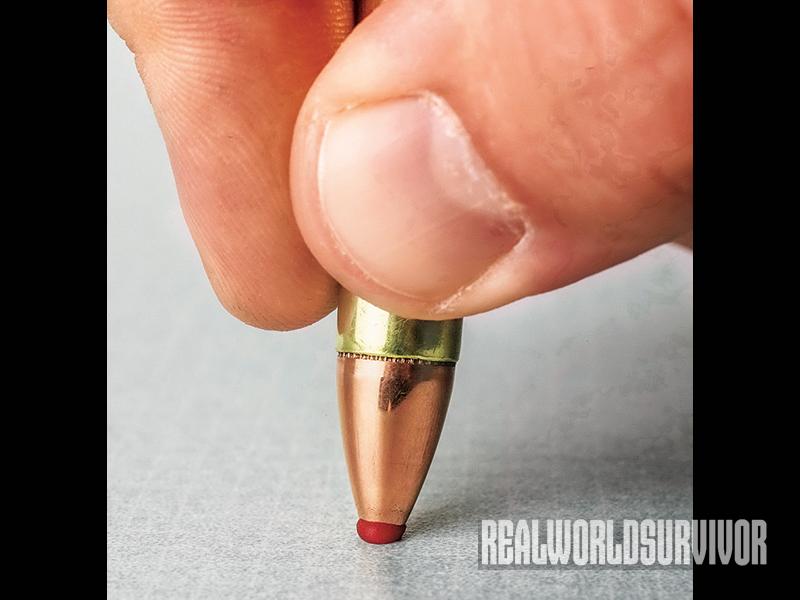 8 of 8
The All-American Henry .30-30 Rifle
The soft tip of the Hornady LeverEvolution bullet allows the use of a much more aerodynamic bullet in lever-action rifles, increasing the effective range of tube-magazine guns. 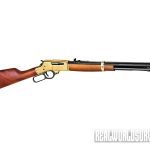 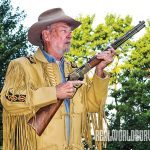 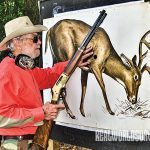 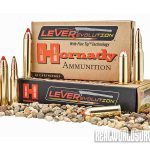 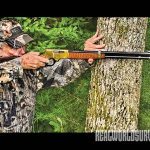 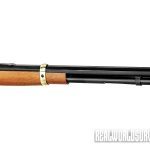 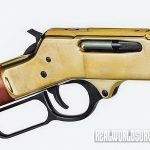 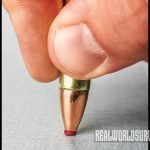 That rifle looks like a fine piece of furniture. I would never carry it into the deer woods” was the first comment I got when I pulled the new lever gun from its case at my hunting club. A small crowd gathered around my shooting bench to admire the rifle. One old timer picked up the empty rifle and pointed it downrange. “It’s built like an Army deuce and a half,” he commented.

It has all the romance and appeal of the old 1866 Henry or the Winchester Model 1866 that we’ve seen in many Western movies. However, the Henry Repeating Arms .30-30 rifle has a lot more downrange punch on big game than anyone could have imagined in the days of the original .44 rimfire rifles. The solid brass receiver and butt plate that was found on the original rifles is found on the new Henry brass version, along with a brass barrel band. In short, like my range friend said, this is one handsome rifle!

If you prefer the blue finish of many traditional lever guns, then there is a Henry .30-30 version that offers a blued steel finish rather than brass. The blue version comes with a 20-inch, round barrel and the brass version comes with a 20-inch octagonal barrel. Both have straight stocks and both the stock and forearm are made from high-grade American walnut. The blue version has checkering on the stock and forend, plus a rubber recoil pad on the stock.

The Henry .30-30 has a compact overall length of 39 inches, making it a natural for use in a tight blind, saddle scabbard, or carrying in a canoe or bush plane. The brass version weighs 8.3 pounds, not exactly a lightweight rifle but just enough weight to help make its felt recoil lighter. The blue version
weighs 7 pounds. The tubular magazine holds five cartridges, and each is loaded in a slot near the top of the tube. To load, all you have to do is twist the checkered end cap at the top of the magazine tube to the unlock position and pull the brass tube out far enough to open the cartridge port. Place five cartridges into the tube, push the tube down and turn the end cap back to the locked position. This is quick and easy loading!

Before we get into the shooting performance of the Henry .30-30, let’s talk about the caliber selected for this rifle. In an era when bigger seems better, and magnum seems even better, I am sure there will be some shooters out there who will question why the .30-30 Winchester was chosen for a new, high-quality rifle.

First is tradition. Most of us associate the .30-30 Winchester with the lever-action rifle. Winchester and Marlin sold thousands to deer and black bear hunters, and it is safe to say more whitetails have gone to the meat pole with this caliber than any other. The .30-30 Winchester, first known as .30 WCF (Winchester Center Fire), was developed by Winchester in 1895. It was among the first sporting cartridges developed to shoot the new smokeless powder. Since it was a .30 caliber that was propelled by 30 grains of smokeless powder it was soon named the .30-30 Win.

This new cartridge was smaller in size when compared to the black-powder metallic, such as the .45-70. But what it lacked in cartridge size it more than made up for with downrange accuracy and energy delivery to the target. It soon became a favorite deer and black bear rifle in the east and west.

As the caliber gained its share of popularity, the factory loads for it improved. A Remington cartridge loaded with 170-grain, Core-Lokt soft-point bullets carried a deer-stopping energy load of 1,355 foot-pounds (fpe) of energy out to 100 yards, 989 fpe at 150 yards and 720 fpe at 200 yards. Winchester and Federal had similar loads. The hunter could sight his rifle in with a zero at 150 yards and still be in the vitals at 200 yards.

Because of tradition and the improvements in ammunition, Henry developed the .30-30 for today’s hunter who wants a sledgehammer for deer hunting. Also, it brings with it relatively lighter recoil and lower muzzle blasts than some of the other popular deer calibers.

As I prepared to go to the range to test shoot the .30-30 brass version I had ordered from Henry, I was tempted to put on my fringed buckskin jacket, my Stetson and my chaps. This rifle has a true Western flair, and when I got to the range it was an instant crowd pleaser as all the regulars gathered around to have a look.

Shooting the rifle was just as impressive. I elected not to mount a scope on the rifle due to the quality of the open sights. Using Federal 170-grain Nosler Partitions, I sighted the rifle in at 3 inches high at 100 yards. The measured trigger pull was a pleasant 4 pounds of pull. The trigger had the slightest amount of creep, but it didn’t interfere with accuracy and a 3.2-inch group was the average. I stretched the next target out to 150 yards and shot a variety of 150-grain loads from Winchester, Remington and Federal. The rifle handled all the loads well with groups ranging from 4.3 inches to one group of 2.7 inches. The lever was smooth and quick to operate, and the rifle would work for a left-handed shooter as well as a right.

The final target was a life-size deer target that I stapled on a target board at 200 yards. For this range I loaded the Henry .30-30 with three rounds of the 160-grain Hornady LeverEvolution. Shooting from a sandbag rest, I shot five 3-shot groups. All hit the vitals and the average group size was 3.4 inches. The tightest group measured 2.8 inches. Not bad for an open-sighted rifle shooting a cartridge that dates back to over 100 years ago.

The rifle performed without a hiccup and the fit and finish are top of the line. If someone doesn’t want the shine and good looks of the brass version there is always the blue version, a handsome rifle that is ideal for the serious deer hunter.

With the assortment of ammo that is available in the .30-30 Winchester caliber, the Henry .30-30 offers mid-size game hunters a high-quality rifle that is no longer just a 150-yard rifle. Now it can be a tag-filler out to 250 yards or more. Plus, it is a rifle that is built to be handed down to the next generation of deer hunters. 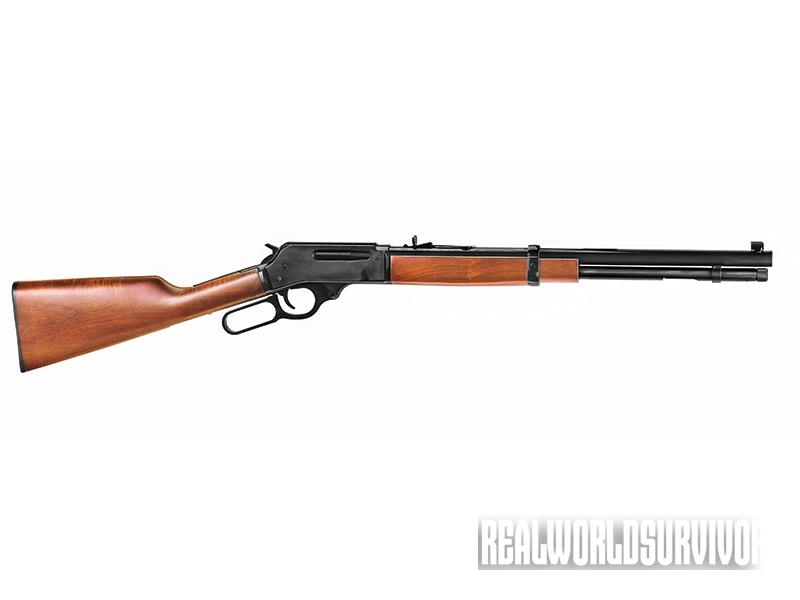 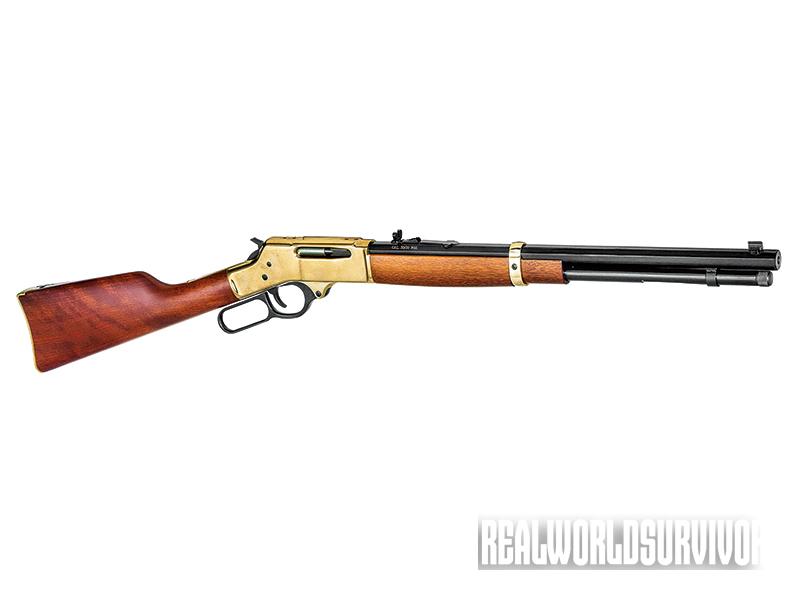 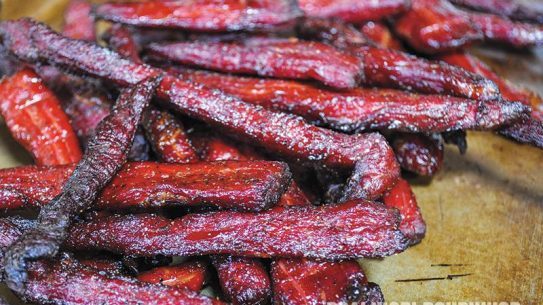 Make sure you're smoking meat the safe way with this guide.