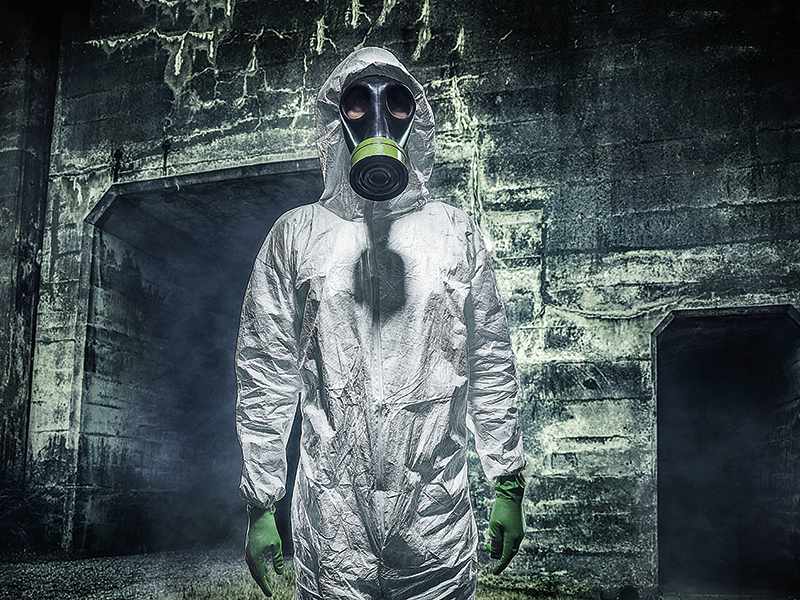 Photo by Getty Images
Typhus, malaria, tuberculosis, cholera, HIV and dozens of other threats lurk in our dirt, air, blood and water.
Comment(s)

Humans are phenomenally well designed to be able to live in such a hostile environment as ours. We are literally encased, perfused and surrounded by billions of tiny little creatures that want desperately to kill us. Add to this the literally countless sorts of exogenous pathogens whose very raison d’etre seems to be our undoing and you come to realize that we live in an unsettling world indeed. Despite our best efforts to thwart Mother Nature, nobody kills as efficiently as she does.

We were incredibly fortunate during the recent Ebola outbreak. Ebola is a hemorrhagic viral illness that enjoys an unnaturally high mortality rate. The disease is passed in much the same way as a stomach virus but with a 25 to 90 percent fatality rate. The very few cases we had in this country were rapidly contained before they could blossom out of control, but a proper outbreak of this particularly deadly disease would have far-reaching effects well beyond those who actually got sick. But there’s a more common enemy among us that can do much more damage.

Influenza is a highly contagious respiratory illness caused by a creepy little virus that wears many hats. There are forms of the virus that are optimized for humans, birds and pigs, to mention but a few. The problem surfaces when a subset optimized for another species mutates just enough to become infectious in humans. The resulting pathogen attacks its new human hosts with verve once it realizes that we lack the innate defenses we might have otherwise developed from centuries, if not millennia, of exposure to our native strains. The results can be impressive.

The 1918 flu pandemic infected 500 million people around the planet and killed between 50 and 100 million of them. This equated out to between 3 and 5 percent of the world’s population, making it one of the deadliest natural disasters in all of human history. This virus infected every habitable piece of land on the planet save a single island in the Amazon River using nothing more than steamships and horses as transportation. Imagine how quickly it could travel on planes and trains.

The origins of the 1918 flu pandemic are murky, but the current theory is that this particularly nasty H1N1 flu virus began in birds, jumped to pigs and then made a lateral connection to soldiers entrenched in Europe during World War I. In a remarkable bout of bad luck, this particular flu killed by inciting a cytokine storm that resulted in an overreaction of the body’s immune system. As a result, the 1918 flu killed a disproportionately large percentage of young, healthy people. The very old and very young with suboptimal immune systems, oddly enough, were afforded a surprising degree of protection.

On a societal basis, the threat of disease fundamentally changes the way people interact with each other. When you are worried you or your loved ones might catch a disease from a stranger that has a 90-percent kill rate, you eschew such stuff as going out to eat, taking in a movie or enjoying a ball game. In a modern industrial culture such as ours that is so utterly dependent upon the production of goods and services for its sustenance, such a transformation will effectively destroy an economy in short order.

The flu is just one example of literally countless pathogens waiting patiently to wipe us all out. Typhus, malaria, tuberculosis, cholera, HIV and dozens of other threats lurk in our dirt, air, blood and water with monotonously vile intent. Thankfully, some basic, easy-to-remember precautions can pay huge dividends.

At its most basic level, little is more effective at preventing infections than proper hand washing. You get stuff on your hands and inevitably scratch your nose or brush your eyes, allowing the pathogens to gain entry. Wash your hands any time there is even a remote possibility of exposure to something unpleasant. Discipline yourself not to touch your face. Cough into your elbow. Address facial itches with your forearm and you will be amazed how much healthier you can become.

Infectious diseases are indeed terrible, and Mother Nature is not the sweet, benevolent lass we once thought her to be. However, a few basic precautions can minimize your risks. As always, be prepared, be informed and be careful. 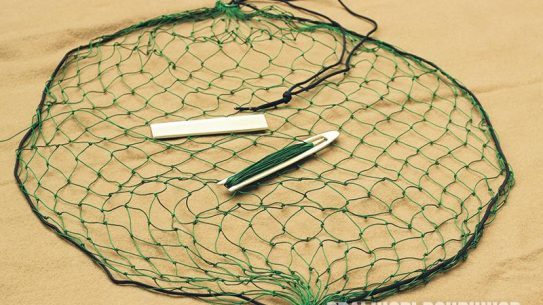 Check out these tips for building quality nets.