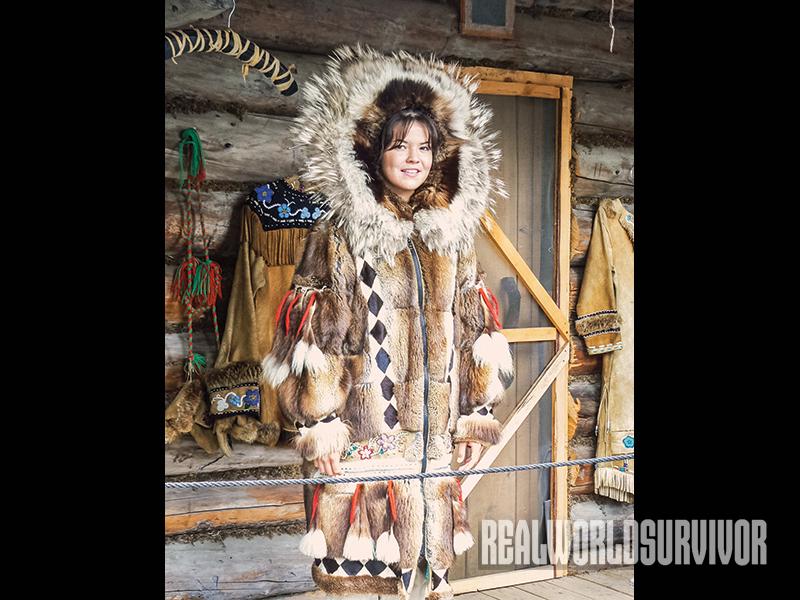 1 of 4
History Lesson: The Alaskan Fur Trade
Taking a step way back in time. An Athabascan woman modeling a fur parka at Chena village. 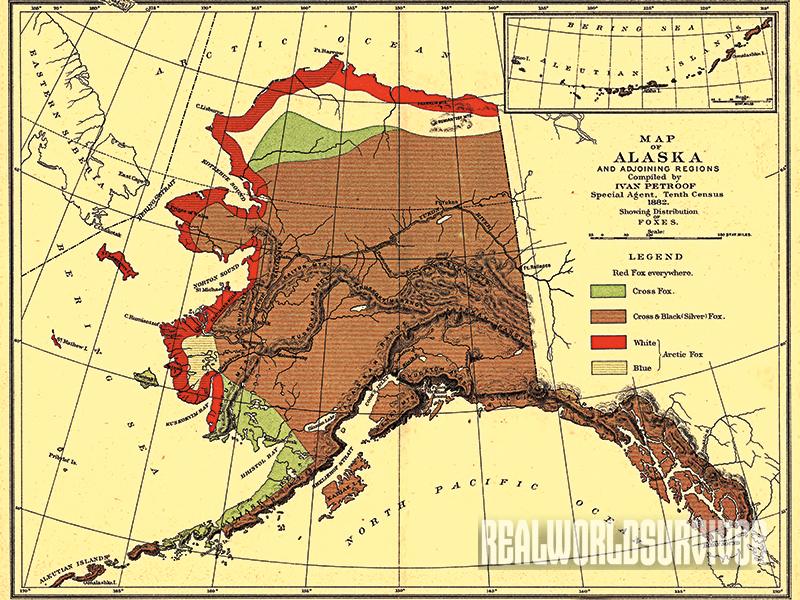 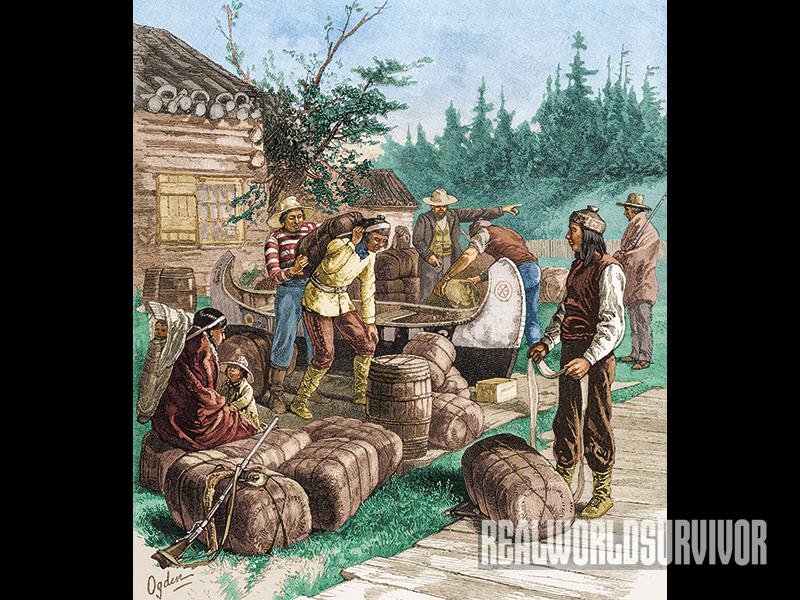 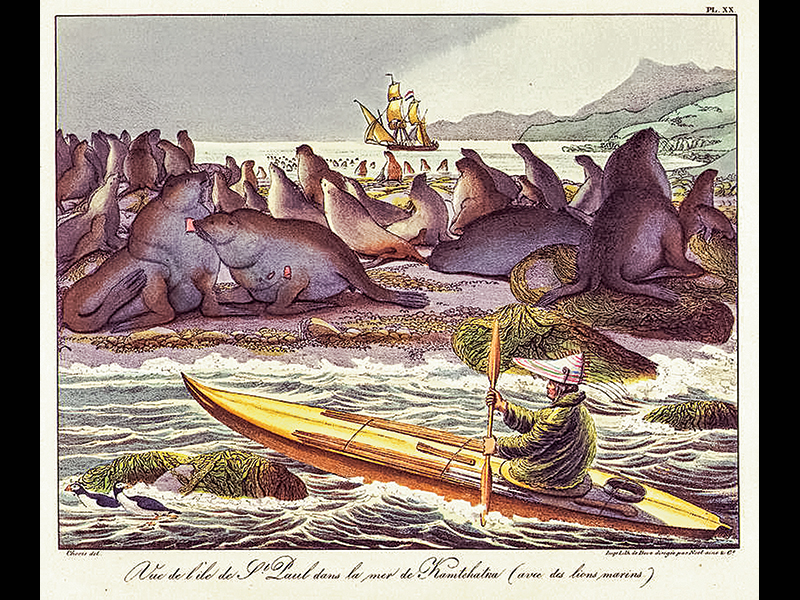 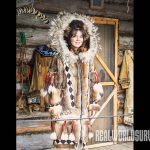 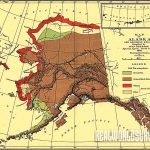 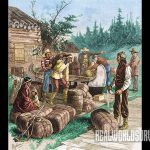 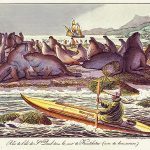 When we look at the history of the fur trade in Alaska, it is easy to think that it began when the Russians first arrived in the area in the mid-1600s. In a sense it did, as this was the beginning of the commercial fur rush in the north Pacific. Truthfully, the fur trade, the key word here being “trade,” began much earlier with the native people who called Alaska home.

According to the Alaska Trappers Associa-tion, the trapping of furbearing animals has long been economically and culturally important to Alaska’s people. This seasonal harvest provides the meat and warm fur many need to sustain life in the harsh north. For the Aleut, Yupiit and Alutiiq peoples, sea mammals, particularly the Steller sea lion and the sea otter, were very important.

The sea lion provided food and other items essential for survival. The hide was used as boat covers, the sinew was used for cordage, the blubber was rendered into oil for heat and lamps, and the bones were used for tools. The fur of the sea otter was used for clothing, such as mittens, parkas and boot linings. The interior of Alaska was home to the Athabascan people. These people hunted and trapped animals such as beaver, muskrat, wolf, fox, hare, caribou and moose, all of which were often traded to the people living along the coast for sea lion and seal skins, oil and other items. This inter-regional fur trade was very important to all of the native groups in Alaska.

When the Russians established outposts in Siberia in the late 17th century, the Inupiat took full advantage of the new trading partner and soon became the middleman in the fur trade. The Inupiat traded seal oil and mucktek (whale skin with the blubber still attached) to the Athabascans in exchange for beaver, wolf, moose and caribou. The Inupiat in turn traded the excess furs to the Russian traders for tobacco, metal and other European goods. It didn’t take long for the Russians to decide to eliminate the middleman.

By the mid-1700s, the Russians had established trading centers in Alaska, setting up a brisk commerce that revolved around furs, with the pelts of sea otters being at the top of the list. At first the pelts were harvested by indentured Aleut hunters and sent back to Russian markets, but soon China became the main market. Sea otter pelts were in high demand by the upper classes in both China and in Europe, where the thick, water-repellent furs were sewn into coats, hats and even bed covers. Between 1743 and 1799, Russian fur-hunting expeditions returned to Russia with 187,000 pelts from Alaskan waters worth about $6 million dollars.

In 1799, the Russian-American Company controlled the majority of the Russian fur trade. Early on, the pelts of sea otter, wolf, beaver and other animals were sent to Siberia. From there they would travel overland to Kiahtka on the Russian-Chinese border. The very best of the pelts were sold to the Chinese, who paid top dollar; the rest were sold to other parts of Europe and even to the United States. The pelts of river otters and fox were in high demand in interior Russia. Muskrat, mink and squirrel pelts were sold in the Sitka marketplace.

Though the Russians got there first, by the mid- to late 1700s they began getting pressure from first the British and then the Americans. By 1779, both the British and the Americans were running 25 hunting expeditions per year to the Pacific Northwest. While the Russians were sending their furs to Kiahtka, the Americans and the British brought their furs directly to the Chinese port of Canton. New England merchants began trading goods with China in 1784, opening markets in the Far East. In 1787 two New England-based ships, the Columbia and the Washington, sailed along the Northwest coast, including Alaska. Along the way they traded alcohol, iron tools, firearms and ammunition to the native people in exchange for sea otter pelts. The Americans in turn took the pelts to Canton and traded them for Chinese goods that were in demand in both the United States and in Europe.

The Chinese took full advantage of the trading war going on between the Russians, British and the Americans by slashing the prices being paid for furs in half. The largest competition to the Russians came from both the American-owned Pacific Fur Company, established in 1810 by John Jacob Astor, and from the British-owned Hudson Bay Company, which had established a trading post in interior Alaska in 1847. Reacting to the loss of revenue, Russian diplomats proposed a treaty with the Americans in which the Americans would stop trading guns, ammunition and alcohol to the native population in exchange for the Russians opening their ports in Alaska to American shipping. Needless to say, the agreement was never reached.

When diplomacy didn’t work and in an effort to preserve the Russian fur industry, Tsar Alexander I issued an order in 1821 forbidding non-Russian ships from coming within 100 miles of the coasts that were within Russian control. This area of influence was defined as the Northwest coast of North America above 51 degrees North Latitude and from the Aleutian Islands to Siberia. Both the United States and Great Britain protested the new rules and in 1824 a treaty be-tween the United States and Russia set a southern boundary for Alaska of 54 degrees, 40 minutes North Latitude.

The treaty also allowed the Americans to trade in Alaska for 10 years after the treaty was signed. The treaty called for the Americans to stop trading alcohol and firearms to the natives. Needless to say, the Americans didn’t obey this rule. In 1829 the Russian-American Company reached a cooperative agreement with its greatest rival, the British-controlled Hudson’s Bay Company.

While all of this was going on, American and Russian fur traders continued to harvest the dwindling fur reserves, often working together even if the politicians couldn’t agree. American ships brought food to Russian settlements, assisted in fur hunts and often transported Russian furs to Chinese ports. The Russian-American Company also hired American trading vessels to hunt sea otter pelts. There are records of American vessels taking Aleut and Alutiiq hunters into California waters, with the Americans paying the hunters and the Russian-American Company getting half of all furs taken.

The increased competition was not the only issue facing the Russians. The number of animals, particularly those in the highest demand, was in decline by the mid-1800s. While land animals were still plentiful, their fur was not as valuable, making it not cost effective to pursue., Some 1 million sea otters had been taken by the end of the commercial fur trade in 1911. It was estimated that the see otter population was down to 1,000 animals.

In need of money, the Russians entered talks with the United States regarding the sale of Alaska to the Americans as early as 1855, though it wasn’t until 1867 that the purchase was made. To this day the fur trade is alive in Alaska, and it is very important to the Alaskan economy. Fur trapping provides income to people who otherwise would have little to none. In Alaska, the spirit of the American frontiersman is still alive and well.

If you are interested in learning more about life on the Alaskan frontier or Alaskan history in general, then you owe it to yourself to take a ride on the Discovery III, the flagship of Riverboat Discovery. Just being on this boat is like stepping back in history.

Riverboat Discovery, which operates out of Fairbanks, Alaska, has been a family operation for over 100 years. It was in 1898 that Charles M. Brinkley traveled to the area of the Yukon River in Fairbanks. While others of his time were seeking gold, Mr. Brinkley saw something more. He saw the river as a highway and thus started running boats up and down the Yukon River and its tributaries, bringing supplies and people to the communities and mining camps located along the river. In the 1940s and ’50s, roads were being built and airplanes started to become popular. With this popularity came a new way to transport supplies to the remote villages.

NEW GENERATION: In 1950 Jim Brinkley saw the need to educate people to the history of Alaska’s frontier. With this in mind, he took the family business that his father started and moved it in another direction. He turned it into a history-related tour business. Today, Riverboat Discovery is run by Charles Brinkley’s grandchildren and they are carrying on the family tradition.

The Discovery III is a 900-passenger sternwheeler riverboat, which is the same type that were running up and down the Yukon and Tanana Rivers over 100 years ago. Your trip, which lasts three hours, takes you down the river passing by many homes of modern-day Fairbanks, many of which have a float plane along with a boat parted in a slip on the river. You will be passing these homes on your way to a re-created Chena village. The Chena are just one group of the many Athabascan groups that call inland Alaska home.

LIVING HISTORY: Upon leaving the boat at the village you will be taken on a tour by Athabascan guides who are more than willing to tell you of the history of their people. In the village, you will see how a traditional fish camp worked and learn how the Athabascan people have traditionally survived the harsh Alaskan winters. Visitors will also learn how important the animals, their furs and the other products made from them are to the Athabascan people. 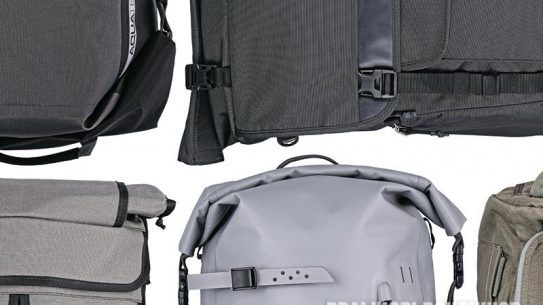 Take a look at these durable, weatherproof packs and bags designed for any adventure.