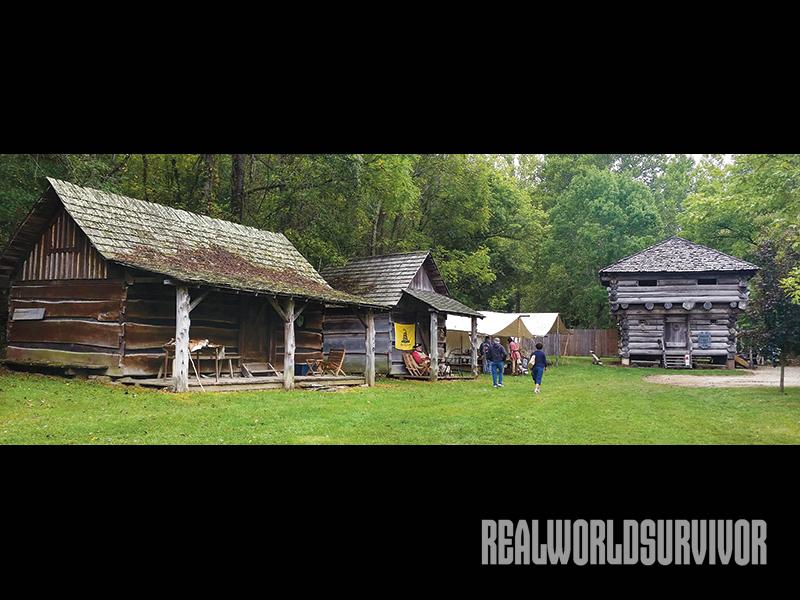 1 of 8
Have Yourself A Muzzle Blast With the NMLRA 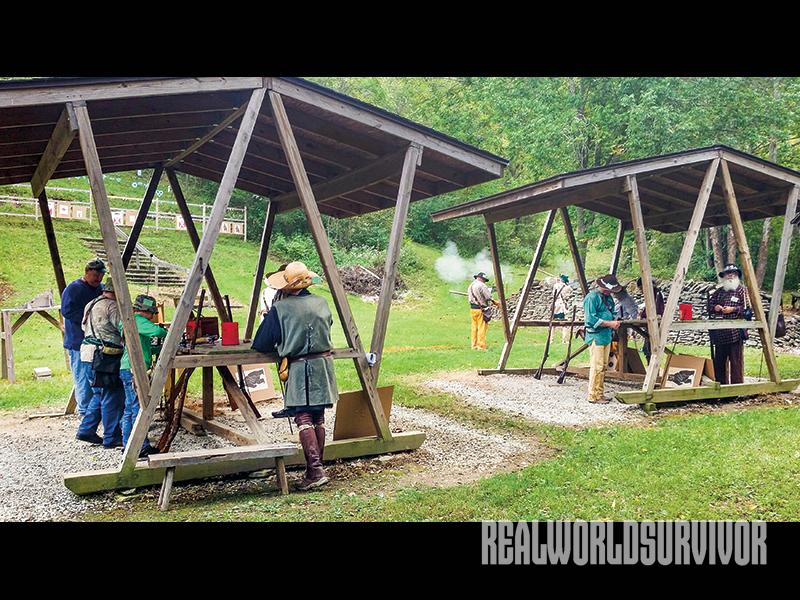 2 of 8
Have Yourself A Muzzle Blast With the NMLRA 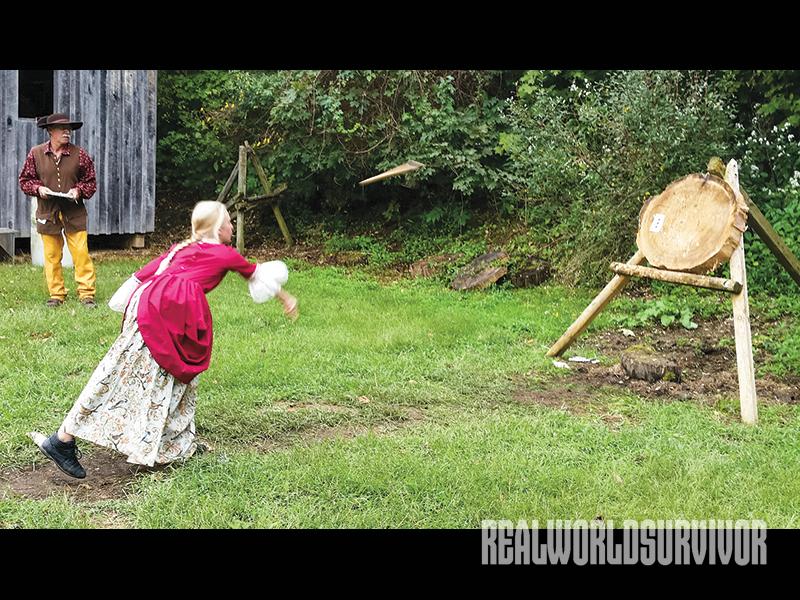 3 of 8
Have Yourself A Muzzle Blast With the NMLRA 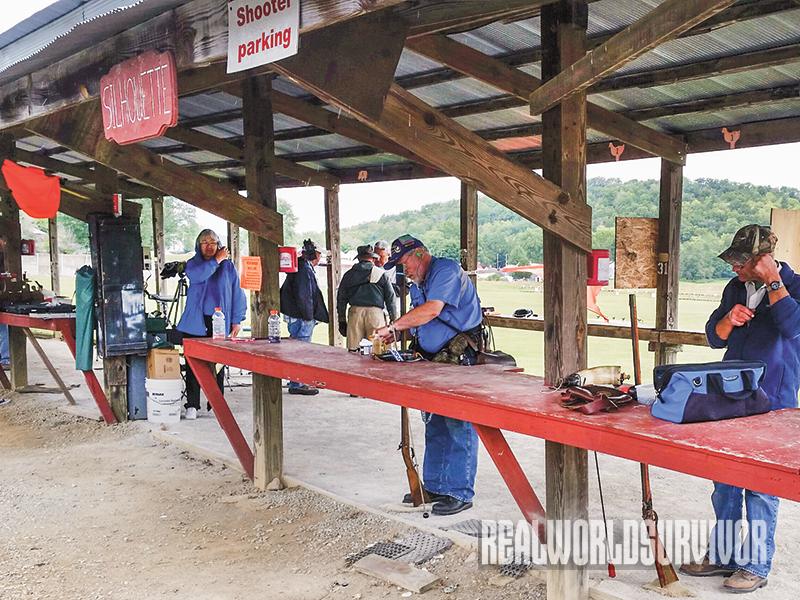 4 of 8
Have Yourself A Muzzle Blast With the NMLRA 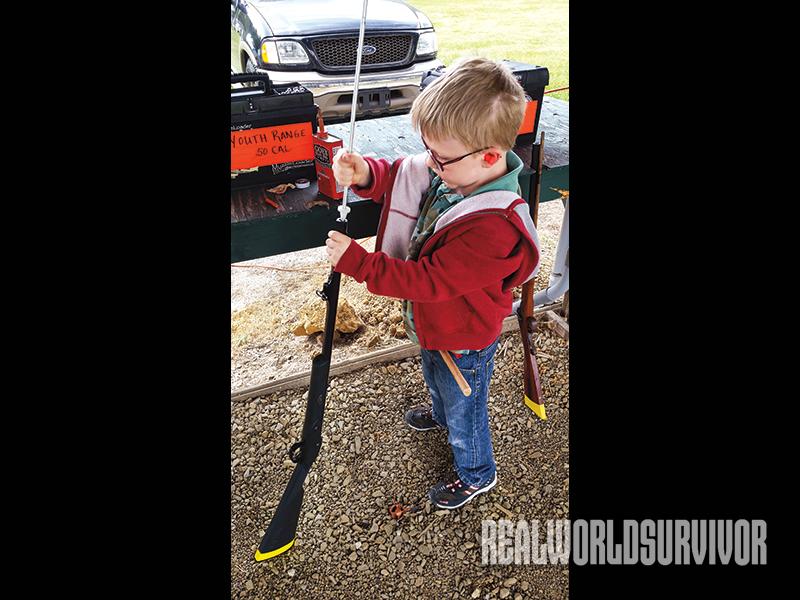 5 of 8
Have Yourself A Muzzle Blast With the NMLRA 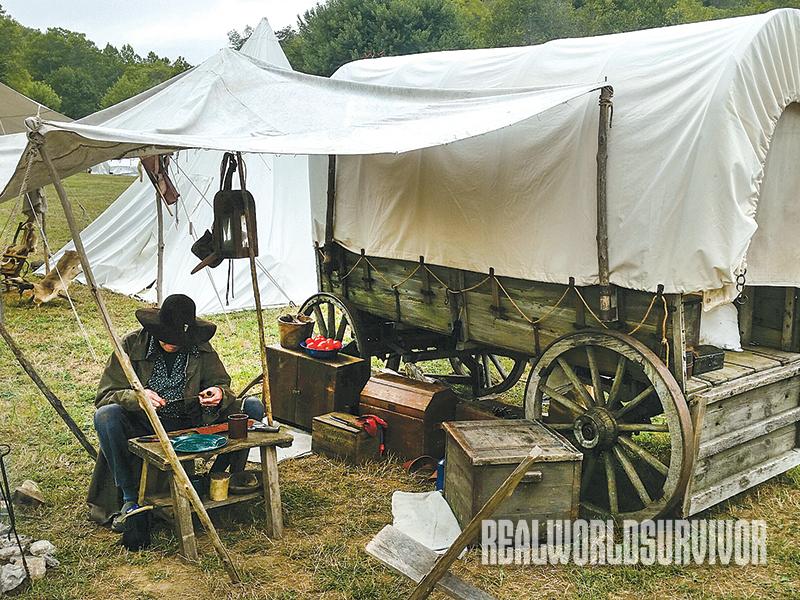 6 of 8
Have Yourself A Muzzle Blast With the NMLRA 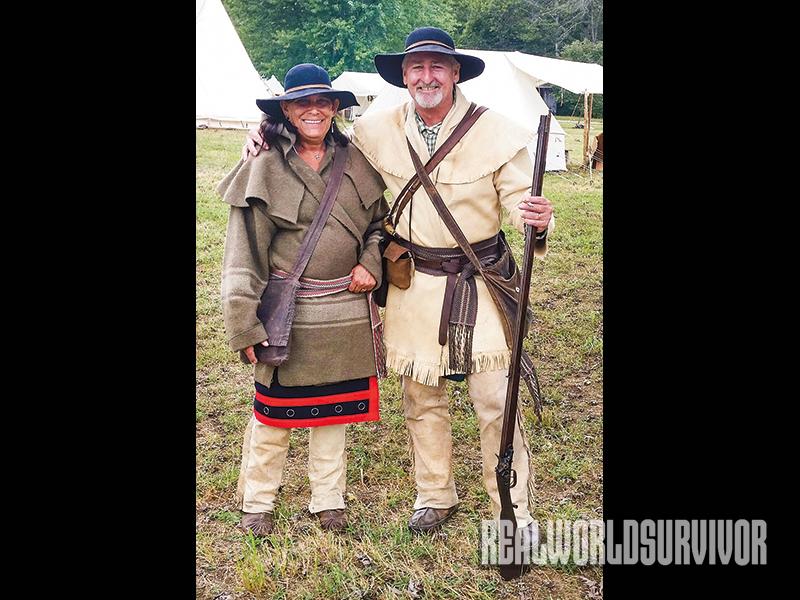 7 of 8
Have Yourself A Muzzle Blast With the NMLRA 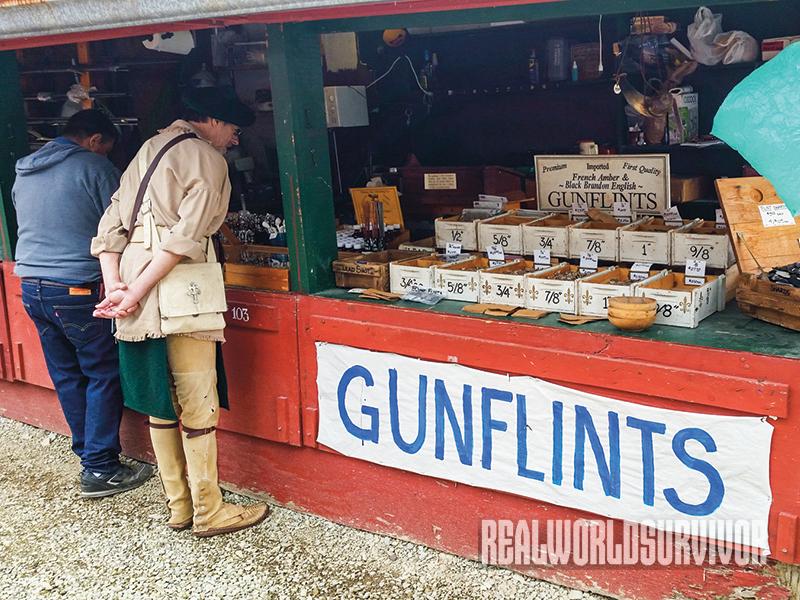 8 of 8
Have Yourself A Muzzle Blast With the NMLRA 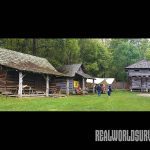 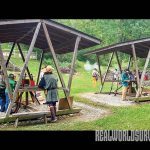 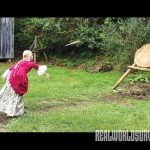 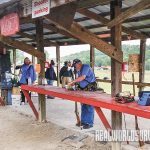 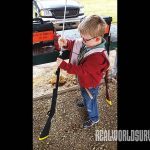 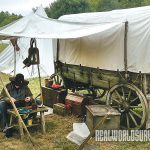 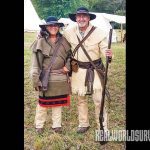 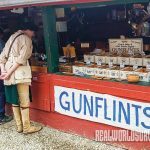 When I was growing up in Kentucky during the late 1950s and early ‘60s, it was all about Daniel Boone and Davy Crockett in the movies, on TV and in the school history books. Of course, that sort of fare is not very popular anymore, but for folks my age and for those who seek to further educate their youngsters in our American heritage, there’s still a lot of interest in what the pioneers of the late 1700s and the early 1800s did to form and settle the frontier.

During that era, the frontier was generally considered the area from the Appalachian mountain chain west to the Mississippi River. Over the years an interest grew in the arms and accoutrements of these settlers, and the Native Americans they encountered in the movement westward. Spawned by this interest, an organization sprouted in 1933 called the National Muzzle Loading Rifle Association (NMLRA).

Founded to support and preserve the sport of muzzleloading, the organization holds two major shooting events every year at its national headquarters in Friendship, Indiana. There’s a Spring National Shoot held in mid-June and then there’s the National Championship Shoot in mid-September. Having attended the National Shoot several years ago, I decided to go back and do a more intense study of the event.

What you will find during the “National” is literally everything you always wanted to know about muzzleloading. I arrived at the first day of the competition and entered the grounds through the admission desk at the Walter Cline Range. This portion of the NMLRA facility contains the primary competition ranges, plus the “Commercial Row” and modern camping areas. I got there in time to see the opening parade, as a kilted bagpiper led many of the shooters in period costume into the range. I then walked down the length of the firing points to see what kind of shooting events were being held that day.

What I discovered was that in many cases, shooters signed up for a particular match, paid the entry fee and then repaired to the appropriate area on the firing line to shoot that match. Many, if not most, of the matches were available to be shot from the first day of the shoot (the 12th) to the last day (the 20th). Typical competition distances varied from 25 yards all the way out to 200 yards, and the type of target also depended upon the match and the firearm being used.

A few of the matches, like the Long Range and Creedmoor events, went on out to 500 yards. Some of the shooting I observed included Off-Hand Rifle matches using flintlock or percussion rifles; Schuetzen matches with heavy muzzleloading target rifles; as well as the Inline Hunter Championship and Individual Pistol matches. The common denominator seems to be that the shooter uses the type of target(s) for the match involved and has certain time limitations in which to shoot the number of rounds required. It was a very relaxed and casual atmosphere with an emphasis on safety, as all shooters completing a match must satisfy the match officer that his or her firearm is empty.

Of course, organizations like the NMLRA are not going to continue to thrive unless they can attract new shooters, and what better than to have a youth range where youngsters, under adult supervision, can load and fire a muzzleloading rifle. I had my oldest grandson along for the trip, and after getting him fixed up with ear plugs, we went to the loading bench and I showed him how to properly load a kid-sized .50 Hawken percussion rifle.

With a charge of 35 grains of FFg blackpowder, he sent some lead balls downrange and had a big smile on his face. They also had some .22 rifles to shoot, and he also did some “easier-on-the-shoulder” shooting with an aged, single-shot .22 Winchester. This may now become a yearly event for the two of us, and in a few more years his younger brother will be old enough to join us.

Next, we strolled along Commercial Row, where you can literally get anything you need for the muzzleloading aficionado. Booths offered everything from rifles, muskets, shotguns and handguns to kits to make your own, and for the advanced hobbyist individual components like locks, stocks and barrels were available. Besides guns, you could purchase powder horns, patches, bullets, black powder, caps and gun cleaning gear. There was period reproduction clothing for the reenactor, including ’hawks, knives, boots, hats and even dresses for the ladies. There were vendors selling books, souvenirs, period cooking gear—well, you name it and they most likely had it if it related to blackpowder shooting. There were also armorer services available, and a blacksmith had his shop up and running.

The “primitive area” was across the road from the Walter Cline Range. Your registration ticket got you in there, too, and inside this compound was the NMLRA headquarters and museum, a large building housing displays of handmade items entered in competition, trophies and an extensive library. There was a primitive camping area where tents and teepees abounded. There was even a covered wagon! Folks here dressed in period outfits and were more than happy to tell you about what they were wearing and the why and wherefore. At some of the tents more items were for sale, mostly the kind of things that would appeal to the “primitive/period” competitor.

Towards the back of the primitive area were sites for several different competitions. There was bow-and-arrow shooting, knife and tomahawk throwing, plus a primitive shooting match behind a well-built replica of a pioneer blockhouse. Competitors must be in period clothing, with period accoutrements and weapons. For spectators, this is really the most interesting location to visit during the shooting competition.

If you take a look at the 2015 National Championship Shoot program or visit the NMLRA website, you will note the huge variety of shooting competitions being held during this nine-day event. Besides the matches that I witnessed, there were dozens of others, including benchrest or cross-stick shooting, smooth-bore muskets, trap, skeet, quail walk, sporting clays, animal silhouette, running boar and woods walk shooting. This is truly a family affair, and besides the various shooting and throwing competitions, there are muzzleloading education courses for neophytes, range officer certification classes, artisan competitions, and classes on everything from basket weaving to the basics of brain tanning! There are also church services on Sunday and a Saturday night barn dance.

The whole Friendship community turns out for the spring and fall NMLRA shoots, with businesses and restaurants catering to competitors, spectators and shoppers. Along with the Commercial Row and other sales stands in the NMLRA compound, a huge flea market is in operation on the outside borders of the range facility. The flea market has everything you would expect and then some. From kettle corn and elephant ears pastry to antiques, tools, guns, shooting gear and decorative items—the sky’s the limits.

By the time my grandson and I made the rounds here, we were walked out, hungry and ready to head back to the car. We’d had fun, got to burn a little powder and had some bonding that can only happen at an event like the NMLRA National Championship Shoot. For more information, visit nmlra.org or call 800-745-1493. 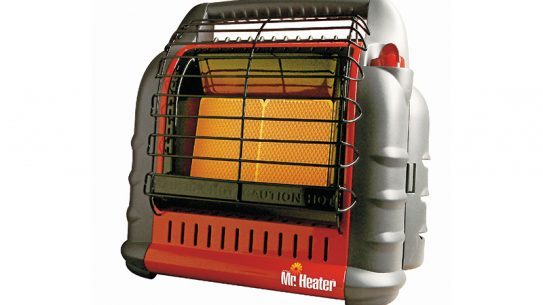 5 Items For Your Winter Shelter Kit

Find out what some winter shelter kit must-haves should be on your prepper list.