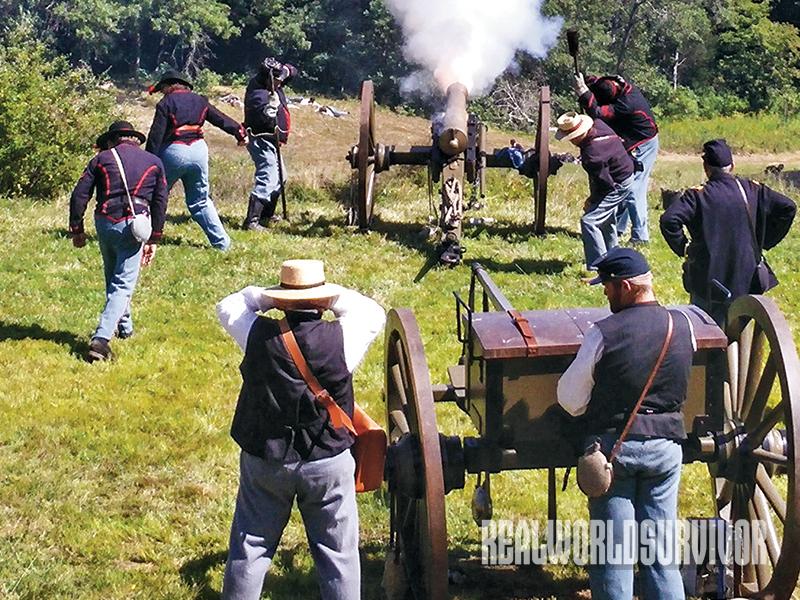 1 of 8
Launch A Soda Can Cannon 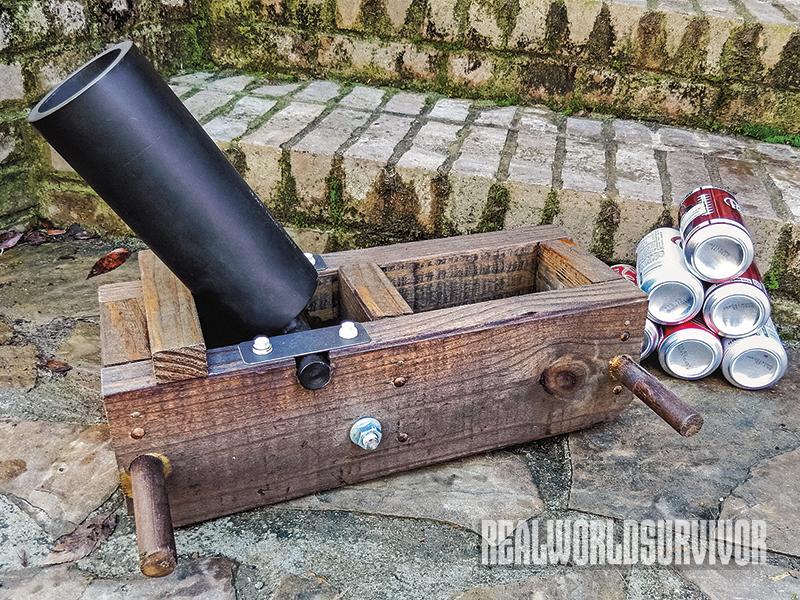 2 of 8
Launch A Soda Can Cannon
The editors of <em>American Frontiersman</em> agree with the author when he stated, “You’ve not lived a complete life until you’ve launched at least a dozen or so soda cans into low-earth orbit. 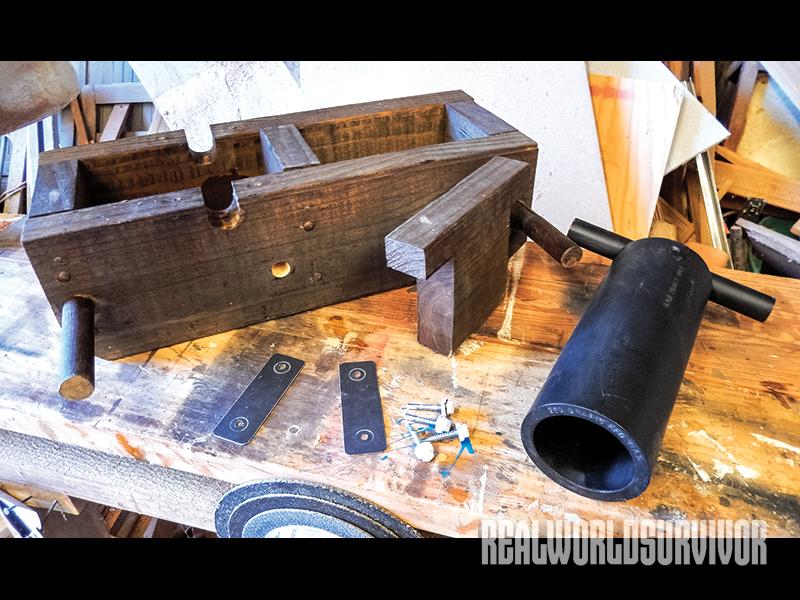 3 of 8
Launch A Soda Can Cannon
The components of the carriage were easily made. 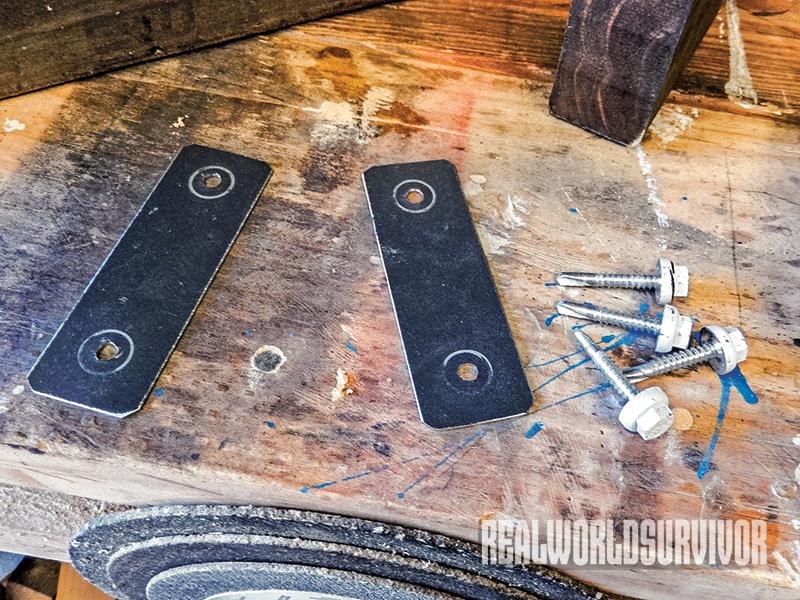 4 of 8
Launch A Soda Can Cannon
The trunnion retaining straps were repurposed. 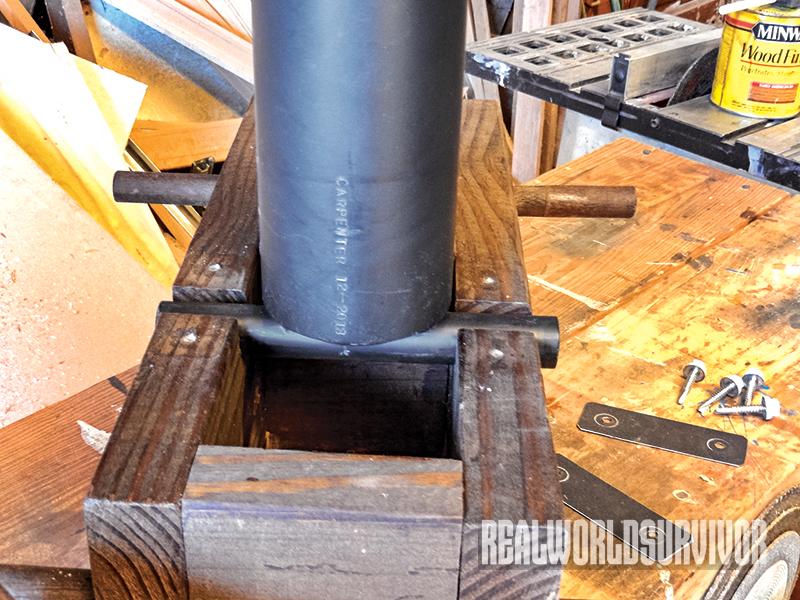 5 of 8
Launch A Soda Can Cannon
Build it tough. Recoil is mind-boggling. 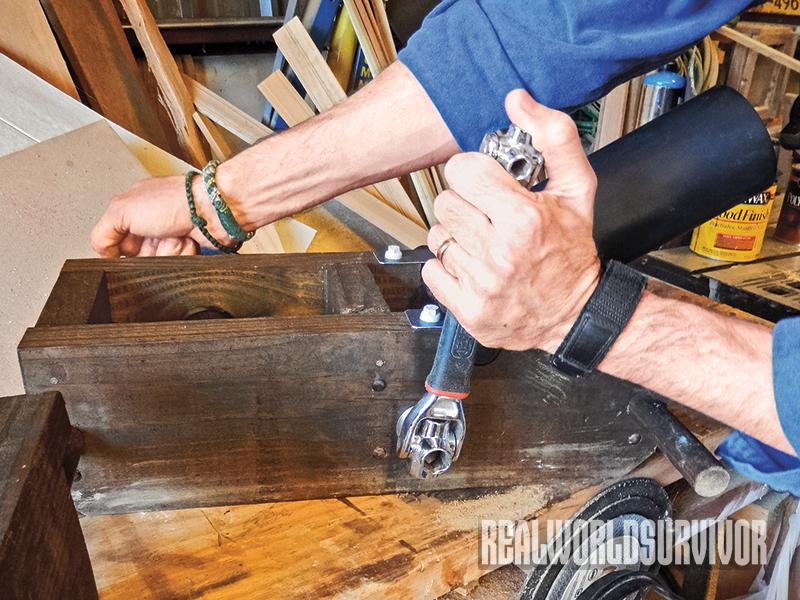 6 of 8
Launch A Soda Can Cannon
A threaded rod through the center adds rigidity. 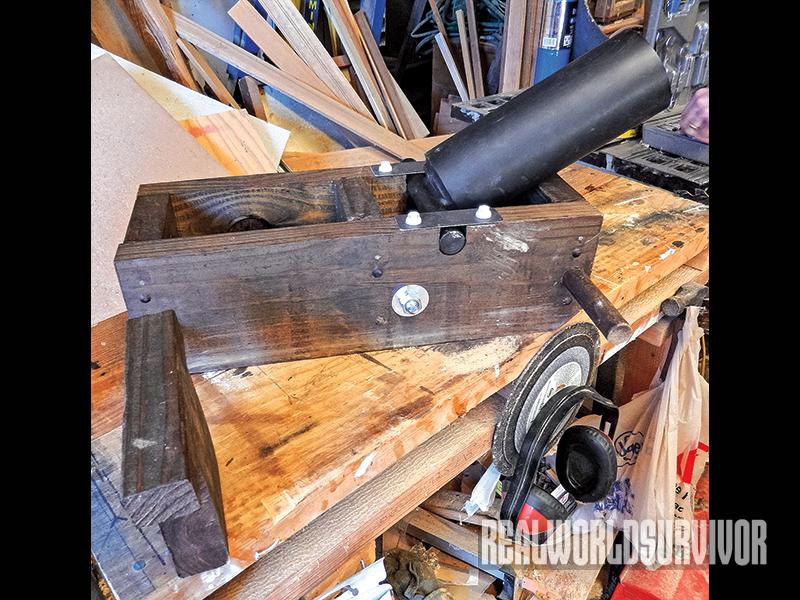 7 of 8
Launch A Soda Can Cannon
Large-bore dowels make it easy to carry. 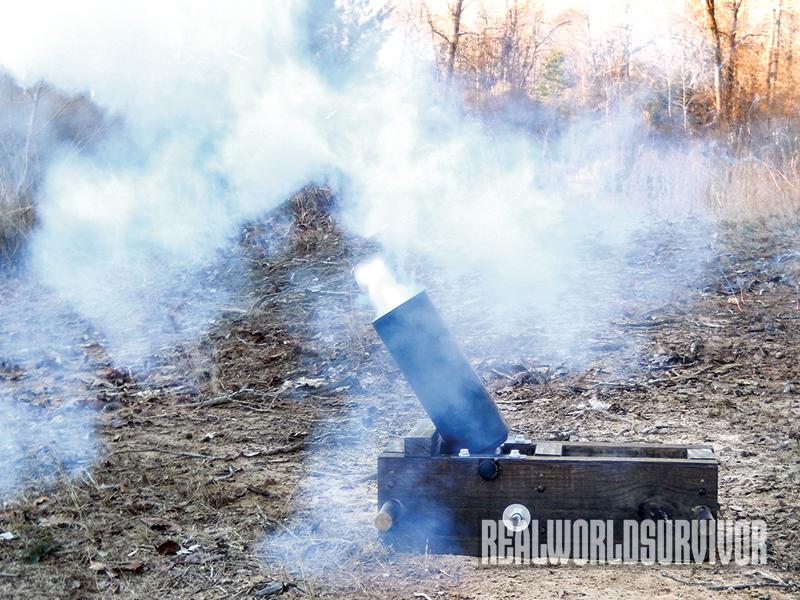 8 of 8
Launch A Soda Can Cannon
Fire in the hole! Then laugh until it hurts. 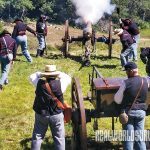 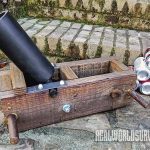 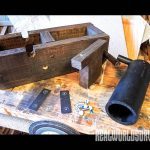 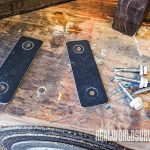 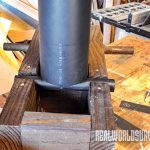 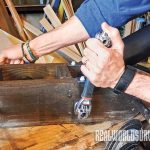 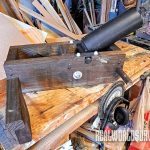 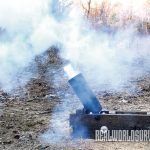 Ever since the advent of gunpowder, folks have used it to fling all manner of unpleasantness at each other. Starting in the 19th century, the Industrial Revolution began to enhance the efficiency of warfare on a grand scale. While the state of the art in small arms advanced significantly during this period, the science of artillery, such as field guns and mortars, experienced great leaps forward as well.

The original Coehorn mortar was pioneered by a Dutchman named Baron von Menno Coehoorn in the late 17th century. These guns were mounted on a wooden bed and typically served by at least a four-man crew. Early mortars were constructed from either bronze or iron, and they typically fired hollow iron balls filled with blackpowder and detonated through a timed fuse.

Mortars really came of age during the American Civil War. Records of Confederate usage are sketchy, but Union forces employed a total of 817 mortars of various sorts during the War Between the States. The smallest versions were modest-sized Coehorns with a bore diameter less than 6 inches. These mortars were cast out of bronze and weighed 164 pounds. When charged with 5 pounds of blackpowder, they would throw a 24-pound ball 1,200 yards. By contrast, the massive 13-inch “Dictator” weighed 17,120 pounds and used a 20-pound charge of powder to throw a 200-pound shell nearly 2.5 miles. These guns were ideal for siege work as their high trajectory allowed them to lob explosive shells into fortified positions from above.

These primitive mortars were difficult to maneuver but had a decent rate of fire, were accurate enough in trained hands and served as terror weapons of the day in besieged population centers like Vicksburg, Mississippi. As their high trajectories gave them a lengthy time of flight, mortar projectiles used markedly longer time fuses than more traditional artillery.

Mortars today provide infantry commanders with indispensable integral fire-support capabilities. When I wore the uniform, man-portable 60mm versions were deployed at the company level, and they provided on-call supporting fire beyond the range of organic 40mm grenade launchers. Humping a mortar baseplate over any proper distance is a wretched experience and great punishment for any disciplinary infraction.

Why would anybody want to launch a soda can filled with sand into low Earth orbit? The argument “just because we can” has pushed man beyond the sound barrier, contrived thermonuclear weapons, left footprints on the moon, launched vegetables at lethal velocities out of plastic plumbing pipe and spurred motorcycles to jump obscene numbers of school buses. The amazing thing is that if you have even the most rudimentary mechanical skills, you can build everything you need for this particularly eclectic undertaking on your back porch with tools you likely already own.

The mortar tube is the only hard part. Soda can mortars sport a bore diameter of 2.75 inches and I have seen them built from surplus hydraulic cylinders. The same device can be used to launch tennis balls if downrange areas are not completely sanitized. The easiest way to build one of your own, however, is just to order the tube from blackpowder-cannons.com.

The tube comes painted and drilled for a cannon fuse. Basic firing guidelines are professionally milled onto the tube so you cannot forget. There are excellent instructions explaining how to build a wooden mortar bed, and the project is within the grasp of all but the most inept home carpenters. If the bed costs you more than $10, somebody ripped you off at the building supply store.

There are two bed designs provided with the tube. One uses treated 4×4 fencepost material and the other common 2×4 lumber. I was aiming for a more robust look so I designed my own using 2x6s. I included a ½-inch threaded rod across the assembly for strength and added some 1-inch dowels as handles. The end result is sturdy, portable and aesthetically attractive in a quirky, utilitarian sort of way. A little scrap steel over the pivots keeps the whole assembly intact through deployment and firing. As an odd bit of anachronism, I cut the retaining straps for my Civil War-era mortar out of an old computer case.

The barrel has the trunnion pivot welded in place and is typically mounted at a set elevation of 45 degrees. Range can be readily adjusted by varying the powder charges but soft drink cans are not the most aerodynamic of projectiles. The maximum charge is 250 grains of FFg blackpowder. Tweaking the design is half the fun. Just build it tough, as recoil is mind-boggling. Waterproof cannon fuse is available at most decent sporting goods stores or from multiple sources online.

The world is your playground. The smallest version of this cannon that the company produces fires golf balls. The largest tube launches those big, plastic coffee cans. The 2.75-inch soda can version ensures a limitless supply of low-cost ammunition.

Soda cans must be filled with something fairly dense to make proper projectiles. Water tends to spill and splash, but dirt is free and works just fine, though it can be tedious to load. Sand is great. A small piece of duct tape over the drinking hole seals it long enough to launch the can into the stratosphere, but the mortar shoots just fine if you just drop the cans in right side up and go.

How far will a 2.75-inch mortar throw a soda can? Far enough. I lack access to a calibrated range area, but my mortar will launch an innocent aluminum can filled with sand or dirt literally out of sight. Limitations of the language preclude an accurate description of the sensation of touching this thing off for the first time and throwing a spent beverage container past the International Space Station. I laughed until my face hurt.

Aluminum is the most abundant metal in the Earth’s crust, so there is little compunction associated with punching surplus soda cans filled with sand 2 feet deep into the ground. Just make sure the downrange area is thoroughly clear. The amount of energy these things carry is literally breathtaking, and the sound the round makes crashing through the trees downrange will make your skin crawl.

What is it really like to shoot one of these contraptions? Good luck trying to do it without chuckling. The bang is earth-shaking, the cloud of thick white smoke prodigious, and the soda can instantly becomes a dot in the sky. Hang time with a full charge is simply ridiculous.

Substantially less than $200 will set you up with everything you need to start bouncing soda cans off of orbiting telecommunications satellites. Toting this little wonder out to your local shooting range will make you the envy of your gun buddies. Where $20 might buy you a second and a half out of a full auto MAC-10 on a good day, that same Andrew Jackson will buy you an entire afternoon of fun with a soda can mortar and still cover the Big Mac you picked up on the drive home.

As the gun does not utilize fixed ammunition, the government doesn’t care that you built it. “Be careful” and “have fun” are the only real rules governing carbonated artillery, though, like all firearms, getting stupid with such a device will kill you deader than rocks.

If you need a bit of spice in your life, you might want to consider a little soda can cannonading. The pursuit is cheap, safe if approached with appropriate care and, frankly, hilarious in practical application. Considering you are putting the aluminum back into the ground, the argument could be made the entire effort is a bit like recycling, only louder and way more cool.

Shooting blackpowder artillery of any size is inherently dangerous. All blackpowder products we sell are meant for recreational and display use only. Our cannons should always be used under the supervision of an adult who is knowledgeable in the use of blackpowder ordinances. Misuse of any cannon or mortar may result in serious injury or death. The builder of these products will not accept any responsibility for any misuse, tampering, or unlawful acts in the use of our products. Check your state and local laws before purchasing.
—The folks at blackpowder-cannons.com 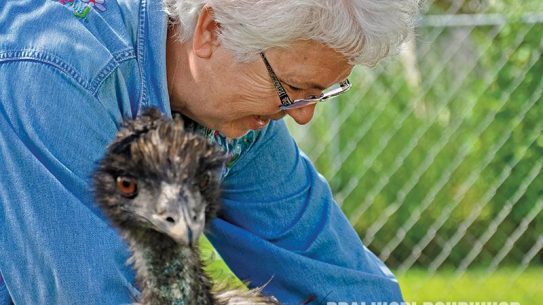 Are Emus For You?

They don’t look like cash cows, but as Joy Reavis learned, raising ’em for...