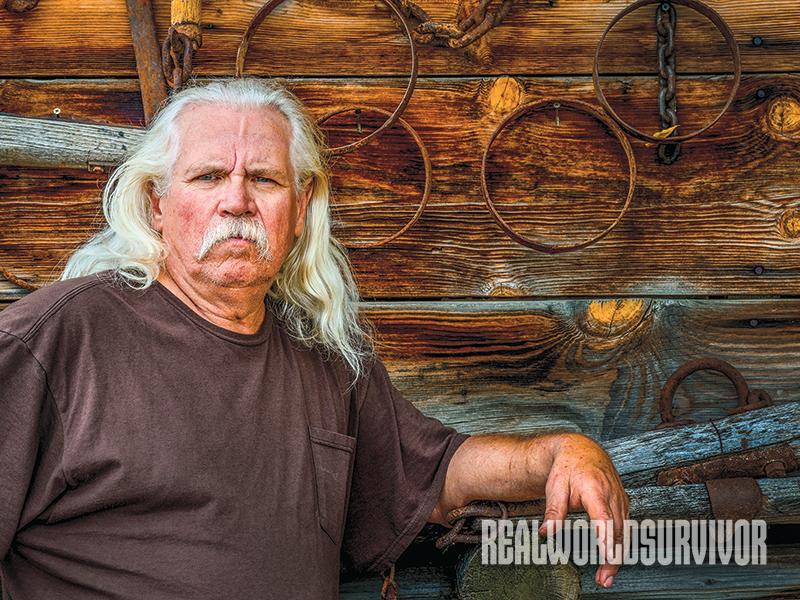 1 of 3
Photo by Jay Weisman
Meet Mr. Mule Skinner
A farrier and wagon maker by trade, John Stewart has criss-crossed the United States behind his mule team. 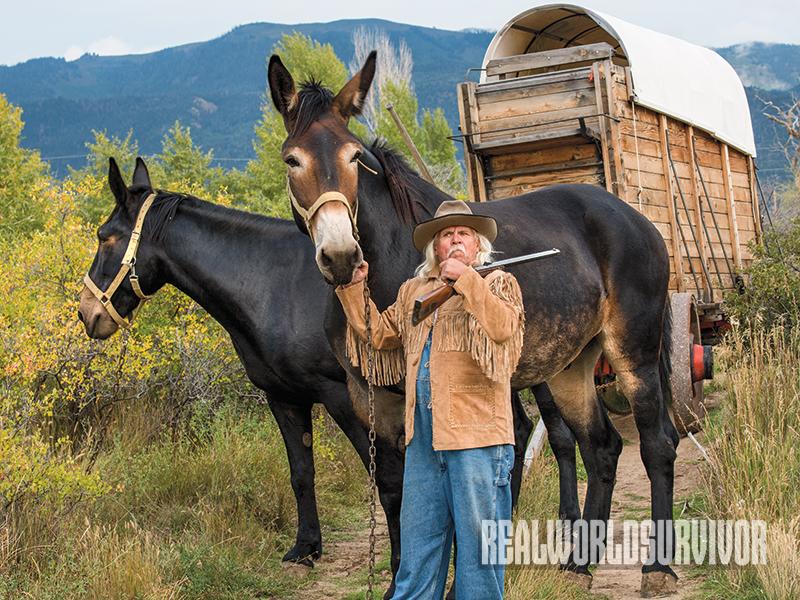 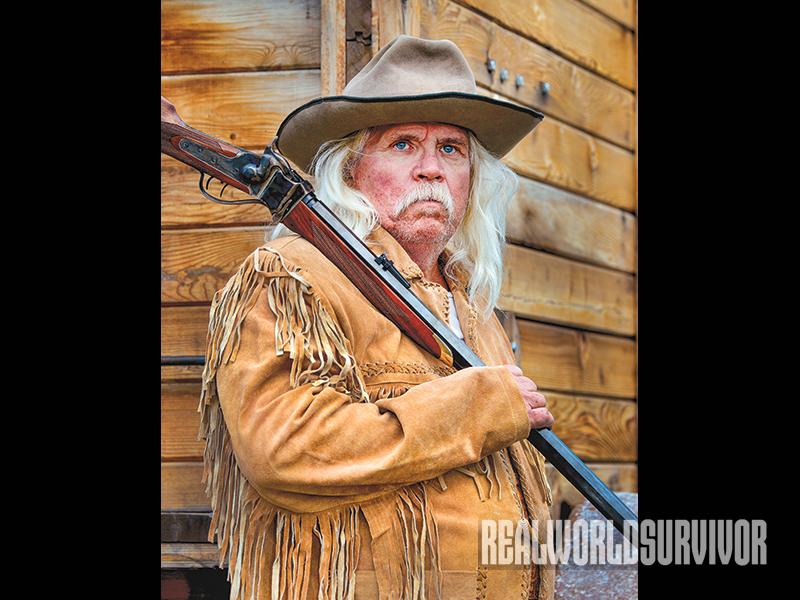 3 of 3
Photo by Jay Weisman
Meet Mr. Mule Skinner
Among his many re-enactor roles, Stewart often portrays a Civil War-era rogue freighter that hauls freight for the Union by day and steals it back for the Confederates by night. 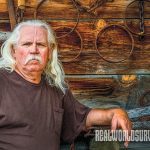 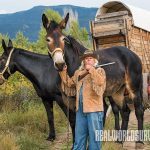 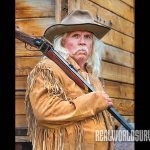 Hollywood has made them talk and kick field goals, and the U.S. Army claims them as its mascot, but mules have played a much larger role in the growth of America than most people understand. One man keeping that history alive is “Tennessee” John Stewart, a modern-day mule skinner who has trekked his mule wagon across the United States, from both east to west and north to south.

A mule is a cross between a donkey and a horse. Typically, this means a male donkey and a female horse, while the less common pairing of a female donkey and male horse is known as a “hinny.” Female mules, preferred by riders for their gait, are referred to as “jennys,” and males, typically better pack animals, are called “jacks.” Born sterile, most mules cannot mate, requiring independent development of donkeys and horses that will pass along the desired traits through the crossings. Many mule aficionados feel the horse is definitively inferior to the mule. Mules are stronger, will not eat themselves to founder, can carry more relative weight, are more agile over rough terrain, and can go longer without water. As such, they have commanded a premium throughout history when hard work over rough terrain was required.

Most historians agree that George Washington was the father of the American mule. Donkeys in North America at the time of Washington were very small and didn’t produce a particularly high-quality mule. Spain prohibited the export of the Andalusian donkey, a larger strain preferred for breeding mules. Washington wrote to King Charles of Spain in 1785 requesting permission to purchase a number of Andalusian donkeys, and was given two jennies along with a jack named “Royal Gift”, who became the progenitor of what is generally known as the American mule. Not to be left out of the royal gift-giving trend, the Marquis of Lafayette sent Washington a black Maltese jack named the “Knight of Malta,” along with several jennies. These Maltese donkeys were mixed with the Andalusians to create the American Mammoth Jackstock.

Several famous Americans, including General George Crook, preferred the mule to the horse. Crook went so far as to have all the pack saddles custom made for his mules and credited the mule with the logistical success of his western campaigns. John Muir, the 19th-century naturalist, rode his mule “Brownie” throughout most of his travels of the Sierra Nevadas.

Armies from Hannibal to modern-day troops in Afghanistan have prized the mule for its ability to thrive in austere environments and navigate rugged terrain. However, mechanization largely spelled the end for the mule as a major part of transportation, warfare and agriculture. But a few proud folks still breed and train mules today, keeping the history alive.

Modern times have only a loose hold on John Stewart. Stewart, a farrier and wagon-maker by trade, has taken his mule teams across thousands of miles of the U.S., and through his Bring History to School program, he has taught hundreds of schoolchildren about the role mules played in the development of America. Brought up in Sunbright, Tennessee, the young Stewart rode the 3 miles between his grandparents’ houses alternating between mules and horses. “One grandfather had mules, the other horses, so we just alternated. Mules have always been around. But don’t think because I love mules I don’t like horses. It takes a good horse to make a good mule.”

Over the years, Stewart has reenacted the Mormon pioneers’ westward journey from Nauvoo, Illinois via Council Bluffs, Iowa to Salt Lake City, Utah. He’s also made the Preston, Idaho to Cardston, Alberta run to re-enact the flight of the polygamists to Canada.

According to Stewart, “For the first trek in 1996, the LDS church found some old mule skinners named Floyd, Lloyd and Merle to help Stewart run the wagons. The first day, they had to be helped into helped into the wagons. The second day, they were climbing in on their own. A week into the trek, they were jumping into the wagons. I think they drew strength from those mules. They had grown up running mules, but as old men they had fallen into modern times. It all came back to them and they had a heck of a time driving the wagon.”

“Tennessee” John, as he is known at most of the re-enactment events, has been participating in Civil War reenactments all over the U.S. for more than 15 years. He and his mule teams do everything from “hanging” traitors and carrying “dead” off the field to hauling troops and cannons. Stewart often portrays a “rogue freighter” from the Civil War era that hauls for the Union during the days and steals it back for the Confederates by night.

One detail Stewart teaches the people he meets is the definition of a “mule skinner.” Mule skinner refers to someone who can outsmart, or “skin,” a mule. Mules tend to be stubborn, but Stewart feels it just their natural smarts. “Mules are also like a woman.” Stewart adds. “They’ll use your bad habits against you.” But Stewart’s love for mules is obvious, and his primary team is nothing short of astounding. Howard Huge and Harvey Large stand at 19.2 and 18.2 hands respectively. That’s an incredible 6 feet, 4 inches and 6 feet at the shoulder, respectively.

During westward expansion, the average wagon could weigh 2-4 tons and was typically pulled by four or six mules. The trick was having a “broke” or trained mule team in front and unbroken mules behind. The unbroken mules were less expensive but would follow along from behind. Depending on the terrain and load, a mule wagon could move between 6-20 miles per day, and the mules could recover fully on 4-5 hours of sleep per night. Stewart points out that 20-mule teams were used to pull the Borax wagon across the deserts of Death Valley, California. Mules were used to haul more than 20 million pounds of Borax out of the desert to the nearest railhead.

Not only strong, mules are adaptable. “When we crossed the country with the mules, they gained weight, and the horses lost weight. We had plenty of hay and grain. They just know how and what to eat, and they adapted and fell into the routine,” said Stewart.

Stewart is a practical man and has this to say about mules as food. “Historically, many mules that died of age or injury were eaten along the way.” Stewart is planning another cross-country trek, where wagons will be the only method of conveyance for all the supplies and people. In the past they have had folks with automobiles and trucks to help out, but the next run will be made with only 1850s-era wagons.

Stewart and his mules marched in the Tournament of Roses Parade in Pasadena, California a couple of years ago. The mules were corralled at the equine center with the other parade animals and were quite the attraction to participants.

“Yeah,” Stewart drawled, “people are drawn to them. Even the Budweiser boys came over to say hello because they are bigger than the Clydesdales. Howard and Harvey like people and tend to be very attentive around crowds. Howard will tend to pick one person out of the crowd to be fond of, where Harvey is just affectionate with everybody. Sometimes, back home, Harvey gets out of the fence and goes to eat the neighbors’ flowers. They just holler at him and he goes back home. They are a lot like people that way.”

These days, you never know where Stewart and his mules might make an appearance. He regularly participates in Utah’s Days of ’47 pioneer celebration. For more information, visit muleskinner.com or call 435-851-6478. 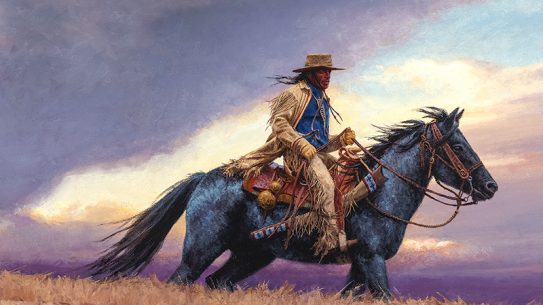