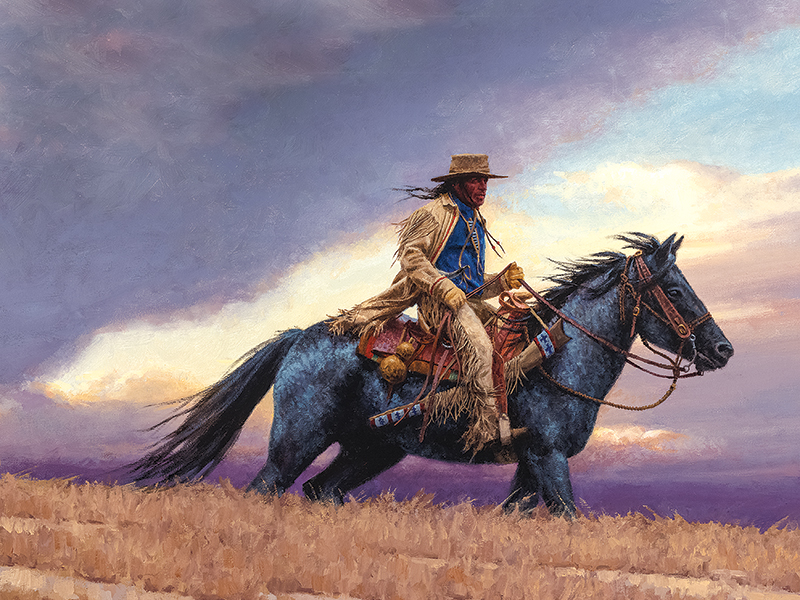 1 of 4
Trekking the West
<b>The Scout</b> by Joe Velazquez <br> A scout employed by a wagon train rides ahead on the Oregon Trail. He rides a Spanish Barb horse and has a black powder rifle in his scabbard. The gourd canteen was popular in the Southwest, which is probably where he is from. Prints are available from the artist. Visit <a href="http://joevelazquez.com" target="_blank">joevelazquez.com</a> or call 303-770-5639. 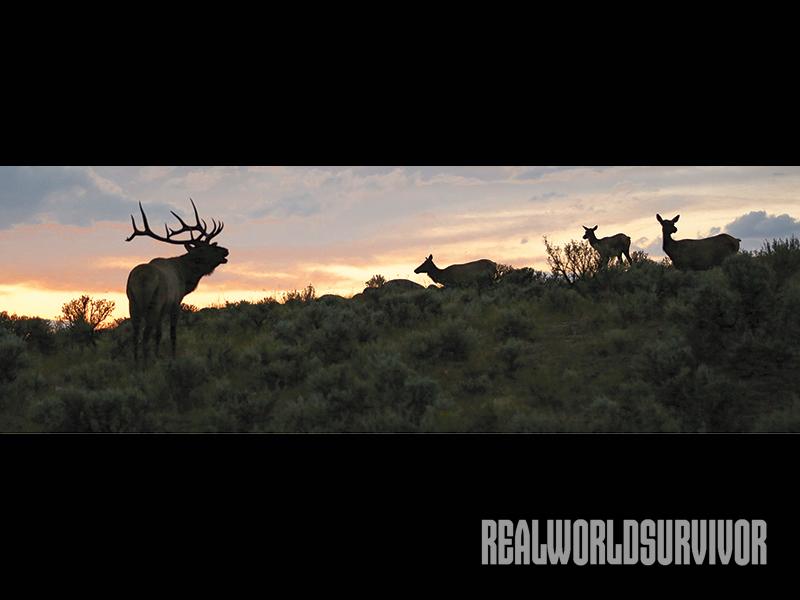 2 of 4
Trekking the West
<b>Desert Elk Bulls:</b> The Red Desert has the largest population of these animals. Despite that, they are hard to find. To see these elk was a rare treat. 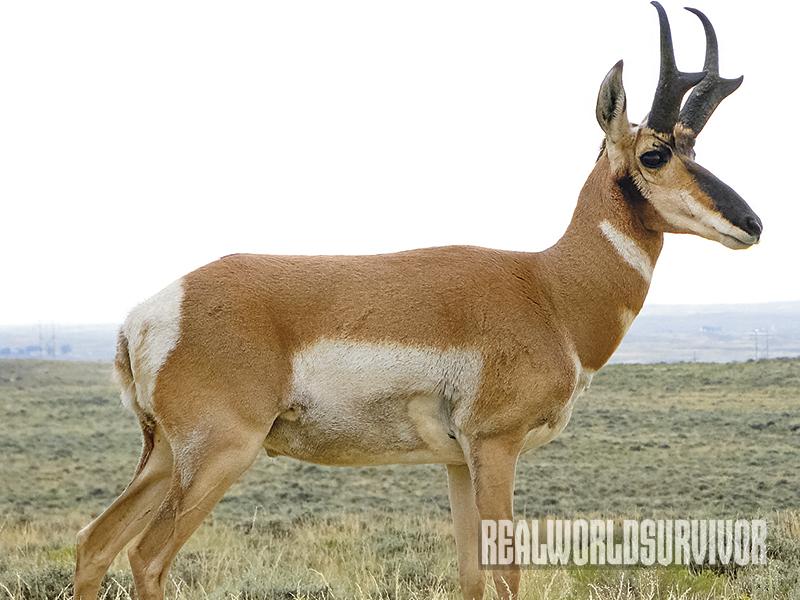 3 of 4
Trekking the West
<b>Pronghorn:</b> With their keen eyesight and hearing, pronghorn are very difficult to sneak up on. 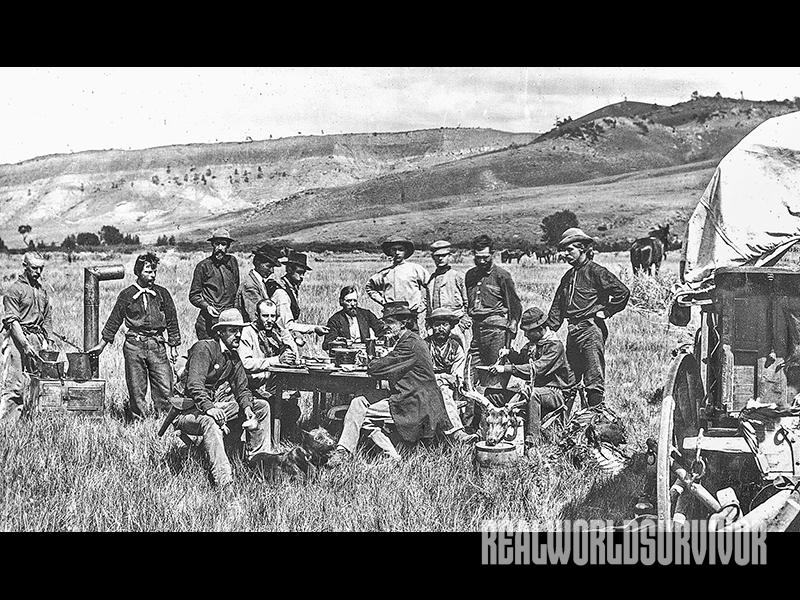 4 of 4
Trekking the West
The Hayden Geological Survey of 1871 explored the region of northwestern Wyoming that later became Yellowstone National Park. 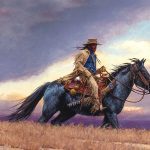 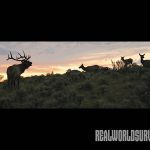 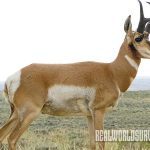 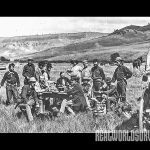 Leaving Cody, Wyoming, I drove south to the town of Lander, Wyoming, a place that would be my home for the next few days. What drew me to this area was its rich human history for both Native American and Euro-American settlers. Another aspect that seemed to draw me in was the Red Desert, a 6-million-acre piece of natural beauty that is controlled by the Bureau of Land Management (BLM). I could hardly wait to get out there and explore.

Historically, human impact in this region has been going on for thousands of years. The Red Desert was, and still is, significant to both the Shoshone and the Ute peoples. The Red Desert provided food and other resources for these people, and it was considered a sacred area. To learn more about the Shoshone people, I made a trip to the Wind River Indian Reservation, which is located next to the town of Lander. While that is the source of other articles, I would recommend visitors to this area to make the trip.

Besides Native Americans, mountain men like Jedediah Smith traversed this desert, living a life where a person survived by their wits and skills alone. These mountain men opened the doors to the next wave of Euro-Americans to visit the Red Desert area—the wagon trails heading West. The famous (or infamous, depending how you look at it) Oregon Trail made its way right across this unforgiving land of buttes, dunes, sagebrush and rocky pinnacles.

The Oregon Trail was a route that ran about 2,200 miles, starting in Missouri and ending in Oregon and California. Starting in 1843 (and ending in 1869 when the transcontinental railroad was completed), over 500,000 people made the journey in covered wagons pulled by oxen and mules. Carrying everything they had in their wagons, the trip took anywhere from four to six months to complete, with one out of every 10 people dying along the way. Because the high-desert ecosystem takes a long time to heal from the scars left by humans, there are places here where people can still follow the original Oregon Trail, as the ruts left behind by those wagons can still be seen.

Upon arriving in Lander, and after checking into my hotel, I made a call to Glen Hester of Real Wyoming Adventures (wyomingtourism.org; [email protected]; 307-332-5997). I had made arrangements for Glen to pick me up the next morning and take me out into the Red Desert. At 7:00 sharp, Glen was there, and within a half-hour we were off the main road and onto state and federal land. The environment and wildlife found here is vastly different from what I am used to back in New Hampshire. To my eyes everything looked the same, and without Glen as my guide it would have been easy to get turned around out there.

Despite what many people picture when the word “desert” is used, the Red Desert abounds with wildlife of all types. It is home to wild horses, mule deer, desert elk, pronghorn antelope, mountain lions, bobcats, coyote, badgers and other mammals. Bird species include golden eagles, sage grouse, red-tailed hawks and a host of smaller birds.

We weren’t long in the desert when we spotted our first mule deer. It was a doe, and we had spotted her from quite a distance using a spotting scope. Glen wound his 4×4 down a series of trails until we got fairly close. He stopped and let me out so I could begin a stalk that would get me a little closer. This beautiful animal allowed me to get close enough to get a few good photos. Antelope were everywhere. Most of the time we spotted them from a pretty good distance; at other times we happened upon them as they rested in the little cover offered by the sagebrush. With their keen eyesight, they often were able to spot us long before we saw them. Sage grouse, golden eagles and badgers were also readily seen, often very close up.

While we were following a small herd of desert elk (the Red Desert is home to the largest population of these animals) we found the wild horses, or rather they found us. I looked up at the ridge that rose above us and there they were, looking down at us. It looked like a scene from one of those old westerns. BLM regulations require that all motor vehicles stay on established “roads,” which are actually tire tracks in the desert. Following these roads, we made our way to the area where we thought the horses were.

Soon the rest of the herd, somewhere around 300 animals, came into view. Stopping our vehicle, we allowed the horses to settle down. It didn’t take long before their curiosity got the better of them. Slowly, in groups of five or six, the horses came closer. Mares with foals were the first to come by. When the stallions saw that we were no threat, they too made their way in our direction, though they kept a watchful eye on us all of the time. To be able to witness this sight was well worth the time spent getting to this point.

The horses we see in the wild today are the descendants of horses brought here by the Spanish in the 1500s and 1600s. As other settlers moved West, they too brought different breeds of horses with them. Some of these horses were riding horses, while others were draft animals. Some of these horses escaped, were stolen by native people or turned loose by their owners. Either way, they soon joined up with the horses that were running wild. These horses of mixed blood are what we see today in the West.

People often wonder how these animals can survive in the harsh environment of the Red Desert. According to Don Glenn, wild horse specialist with the Wyoming BLM, “The traits that [horses] have are the traits they need to survive. Their legs and feet are usually bigger, thicker and heavier than domestic horses. They have a lot of stamina and are a bit smaller than domestic horses.”

It had been a long day and it was close to dark when we finally pulled into Lander. I was hot, tired and dirty, but I must have had a smile on my face a mile wide when Glen dropped me off at my hotel. What I had experienced was worth every minute. There was never a dull moment. The Red Desert is a wonderful place and I plan on visiting again someday. 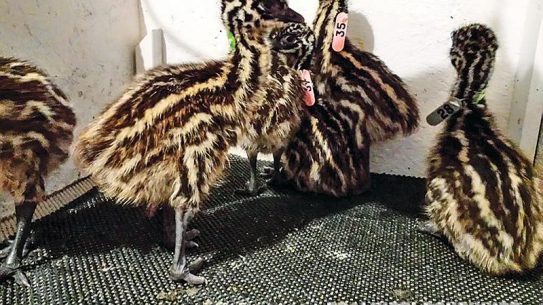