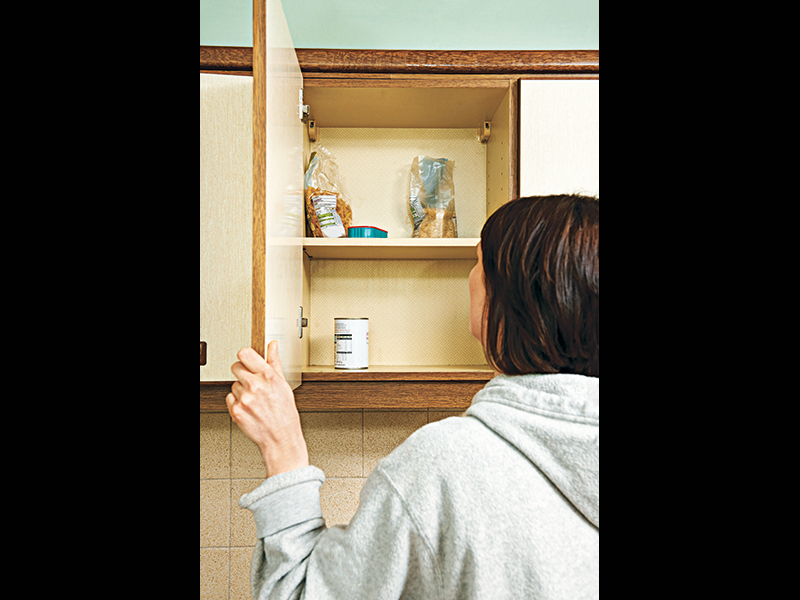 1 of 10
Photo by Shutterstock
Stockpile On Goods For Barter & Trade When The Economy Crashes
If the cupboard comes up empty, trade goods can help replenish it. 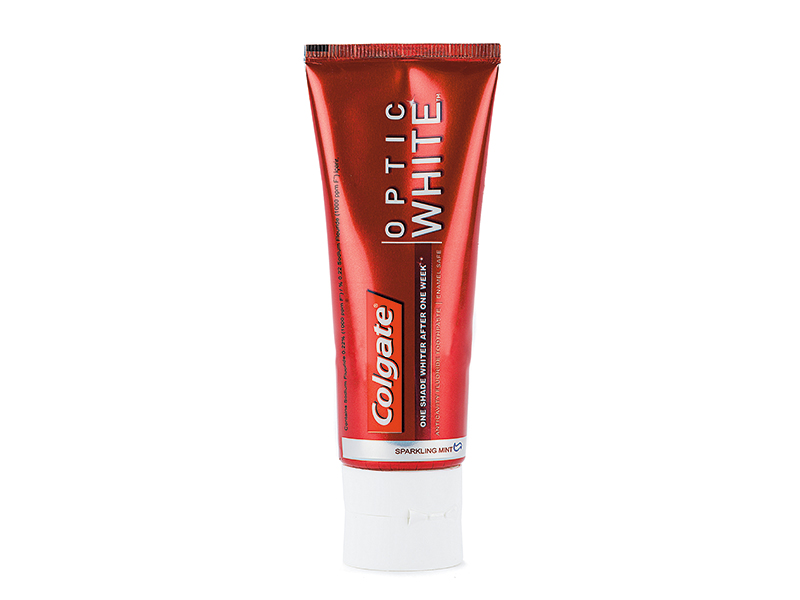 2 of 10
Photo by Shutterstock
Stockpile On Goods For Barter & Trade When The Economy Crashes
Keeping an accurate inventory of your stockpile will help ensure you rotate your supplies, including trade goods that could expire. 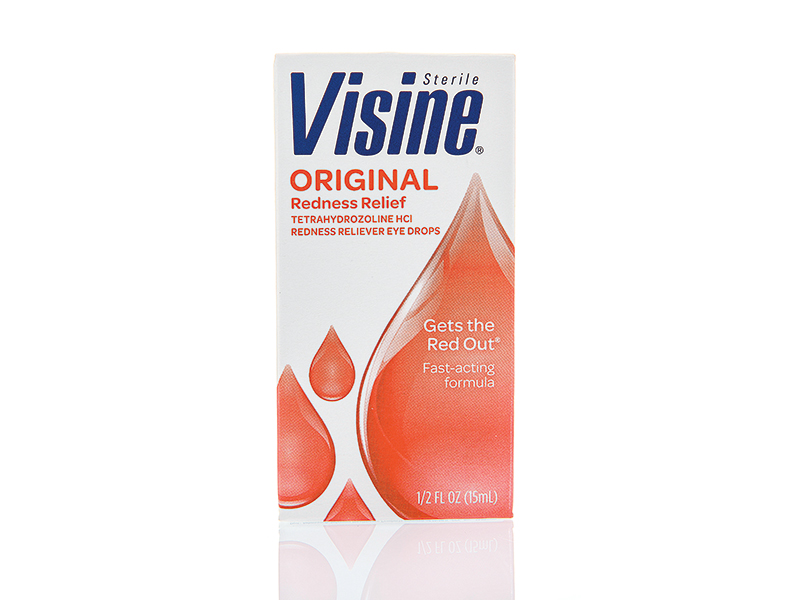 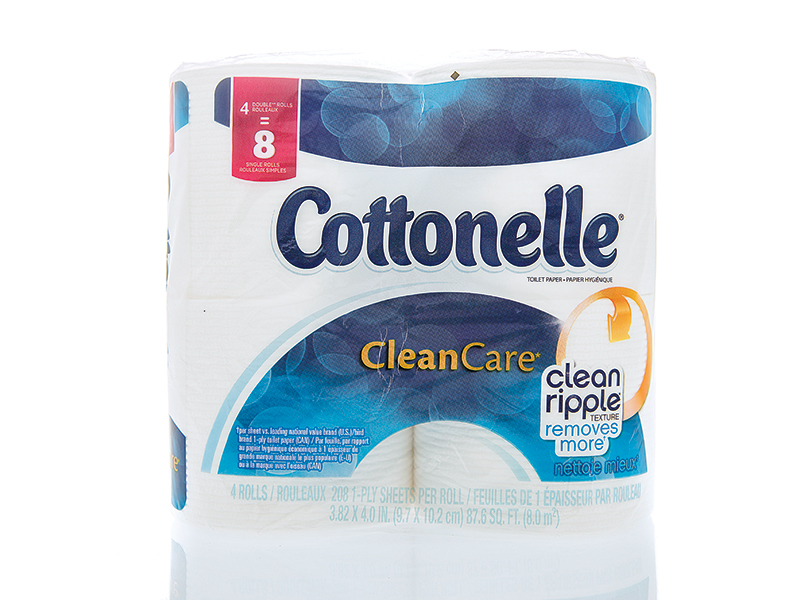 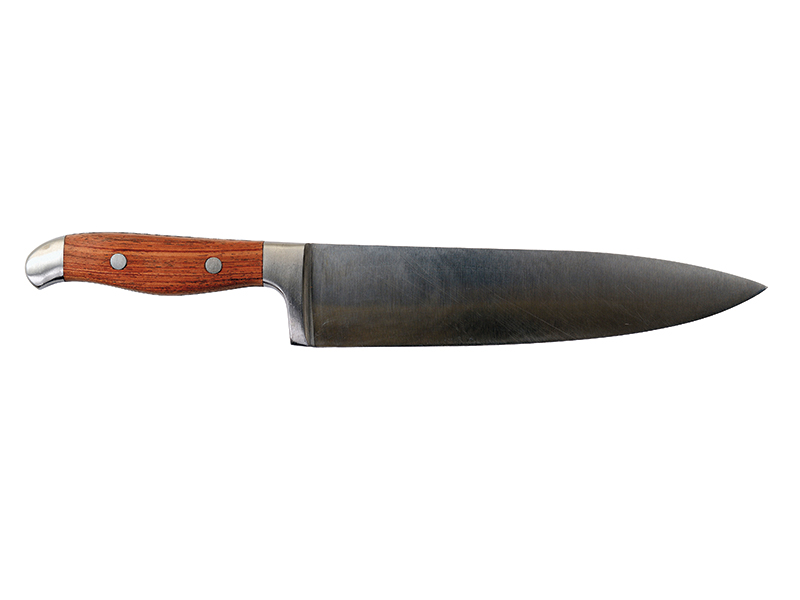 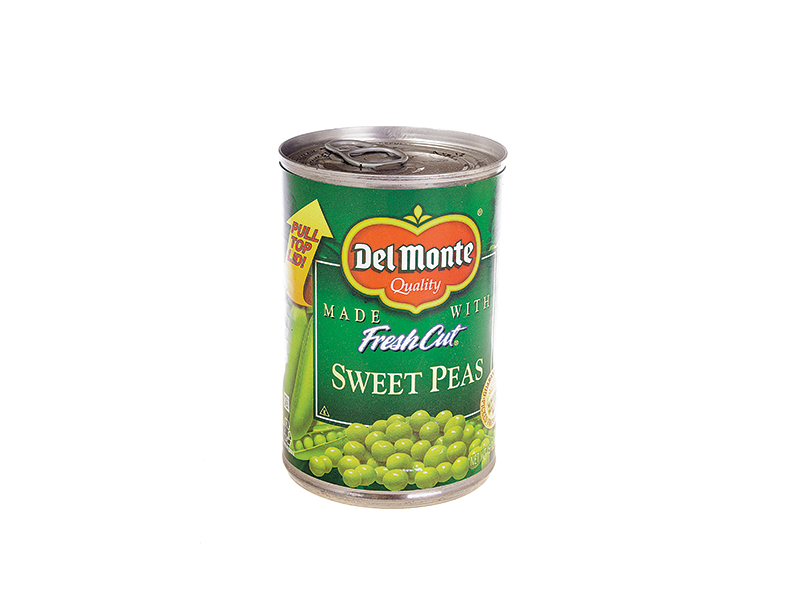 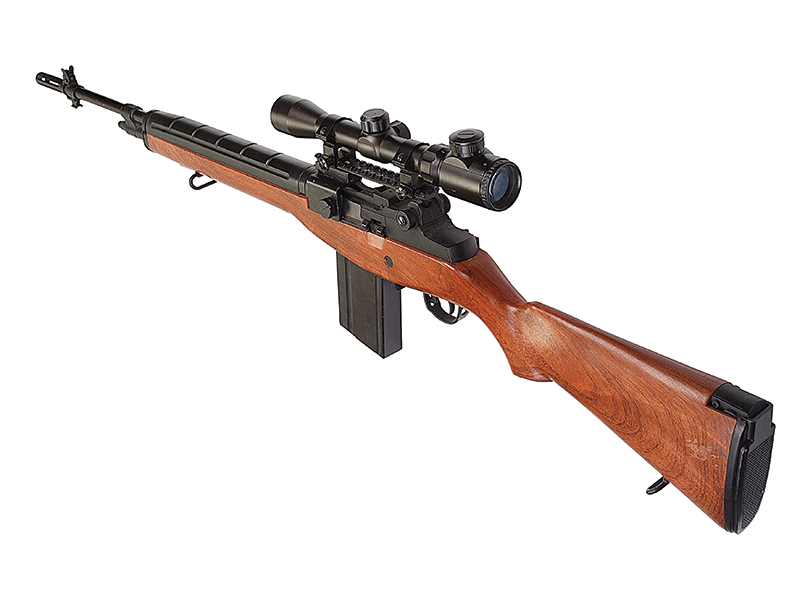 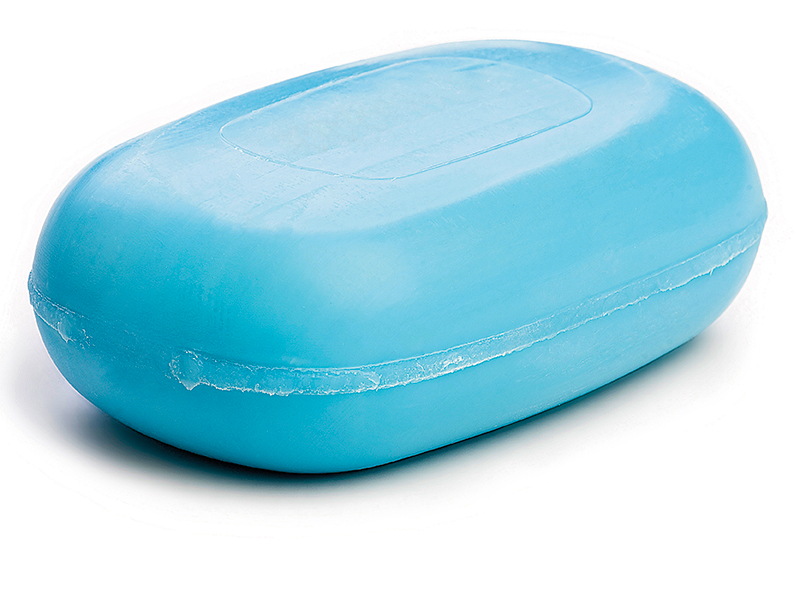 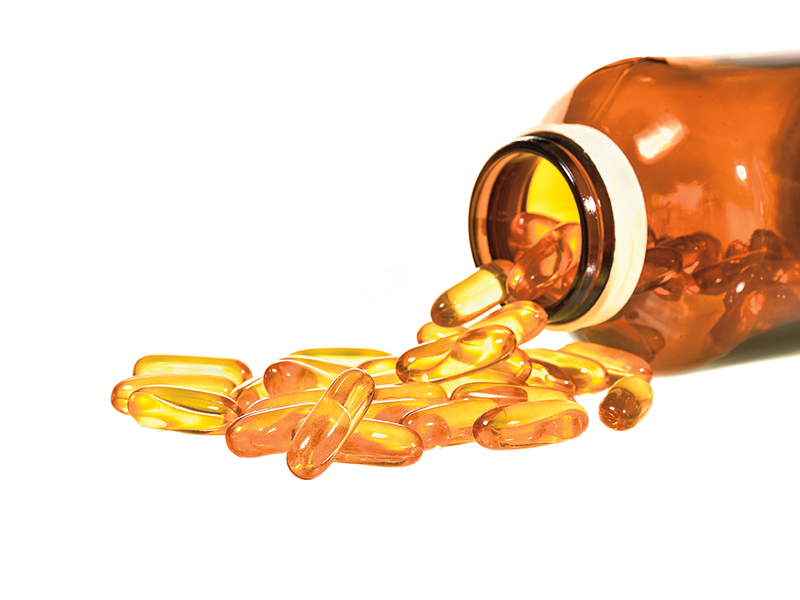 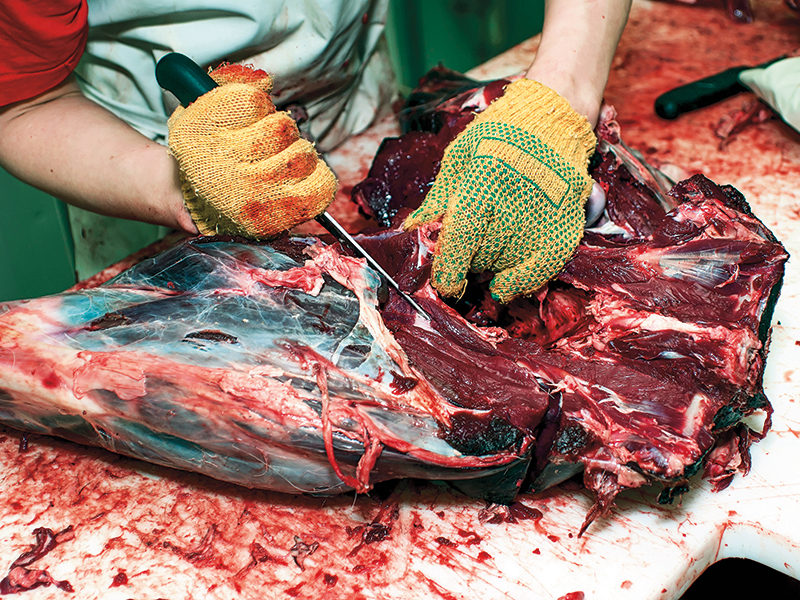 10 of 10
Photo by Bigstock
Stockpile On Goods For Barter & Trade When The Economy Crashes
When hunting and trapping become the primary sources of protein, butchering will be a highly sought-after skill. 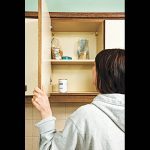 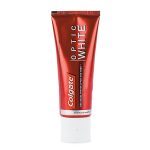 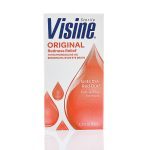 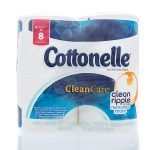 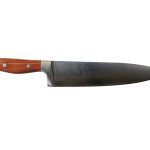 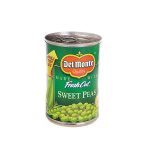 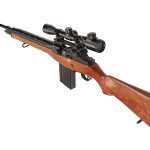 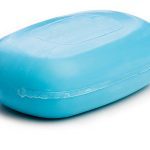 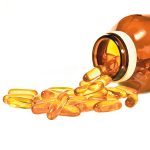 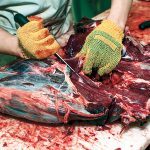 What to stockpile for trade after some sort of societal collapse always makes for a fun topic of discussion among preppers and survivalists.Everyone, it seems, has their favorite items. Listening to some folks talk, you’d think they are looking to set themselves up as some sort of cross between Mad Max and Sam Walton.

As a practical matter, we engage in barter every day. But rather than trade two eggs for a pack of gum, we use small pieces of paper to trade for what we want. Using paper money makes things easier all around, since we can all agree on a fixed value for them. Not to mention that, unlike eggs, paper isn’t likely to cause a mess in our pockets when we sit down. But should a major calamity strike, something that leads to an economic collapse, all that paper will be worthless.

Here’s the thing: Currency is only worth something if we believe in it. Let’s face facts. Paper money is, in and of itself, worthless. Coins are worth a little more, because they are actually made of a precious metal, though the amount of precious metal varies based on the mintage and such. But, really, since you can’t eat it, drink it, purify water with it or perform any number of other tasks directly related to survival, the actual value of money in a disaster is questionable at best.

While we should be working toward being able to meet all of our own needs if society collapses, we’re only human. We’re likely going to forget to stockpile something, or we’ll not have set aside enough of it. Or, perhaps, a needed item breaks or gets lost. There are innumerable reasons why we might find it necessary to enter into a trade with someone. When that time comes, kindness and a dazzling smile will only get you so far.

As you consider what items you might want to set aside for future trading, keep a few guidelines in mind. First, the items should have value to you. Stick with items you’d likely use yourself at some point if you never need them for trade purposes. It makes very little sense to invest time, energy and money into stockpiling items that may just end up in the trash someday. If you don’t need them for trade, you should still have a use for them.

Second, the items should be relatively inexpensive now but are likely to have great worth later. The idea here isn’t to go into debt just to stockpile a bunch of stuff you might someday need for bartering. There are dozens of items that cost pennies today but will be worth their weight in gold should big-box retailers and convenience stores be closed for good.

Third, and this one should be obvious, the items should store well for long periods of time, ideally at least a year, without special storage requirements. The last thing you want is to desperately need to trade for medicine or some other lifesaving good only to find that your barter items all rotted away in the four years since you put them into storage. Choose items you can keep in a dry basement or other cool, dark place without issues.

So, what items make the cut, so to speak? Here are a few things I’d recommend as potential barter goods. You can tailor these recommendations to your specific needs and storage capabilities.

Multi-Vitamins: When diets become more about just filling bellies rather than getting three square meals a day, many people are going to start suffering from nutritional deficiencies. A decent multi-vitamin, while not nearly as good as eating fresh food straight from the garden, will go a long way toward keeping people at least somewhat healthy. Store the bottles in cool, dark places and leave them sealed until needed. When it comes time to trade, you could dole out the tablets in specific quantities rather than entire bottles, if needed.

Sewing Supplies: Few homes today probably have much more than a travel sewing kit squirreled away in a junk drawer. When running to the mall to get a new pair of jeans just isn’t a workable solution, people are going to find it necessary to repair clothing instead of just tossing it into a rag bin because it is stained or torn. Needles, thread, patches and all that other fun stuff will be in demand. This stuff is all fairly cheap at any big-box retailer. Don’t overlook rummage sales as sources, too.

Consumables: Unless you have quite a surplus of food, you won’t want to be trading much of your staple edibles. However, there are a few inexpensive consumables you could stock up on for bartering. Salt has long been valued, is very cheap right now and lasts just about forever. Honey is a little pricier but well worth the investment.

Just make sure you’re getting real honey and not corn syrup. Tea and instant coffee, for example, won’t last forever but will be very much prized among the caffeine addicts in your area should the local coffeehouse close its doors.

Toiletries: Disasters are rarely clean and tidy affairs. After just a few days without running water, let alone full showers or baths, many people will start feeling considerably less than fresh. After a few weeks, when their current supplies of soap, shampoo and toothpaste begin to run dry, they’ll likely pay dearly for a new supply. Stock up on these items at the dollar store. When you’re traveling, be sure to avail yourself of the supplies left in your room by housekeeping.

The flip side to the stuff you can stockpile is having the ability to perform services for people in need. Think of it as investing in your post-collapse career. There are many skill sets that just naturally lend themselves to usefulness in the aftermath of a major event.

One important consideration, though, is that many of these jobs will require a stockpile of necessary supplies, equipment and tools. That said, most people who possess these skill sets likely already have the necessities in place.

Medical: Any healthcare-related skills will be prized. While family practice doctors and nurse practitioners are often at the top of the list, everyone from paramedics to podiatrists will likely find work rather easily.

Dental: Most of us hate going to the dentist now and will put off dental work for as long as possible. In a post-collapse world, though, any infection could turn deadly. We might also not have the luxury of anesthetic, so consider getting that work done now rather than risking having it done by candlelight and with a bottle of alcohol as your only numbing agent.

Build & Repair: Those who know how to build and repair will never lack for work. Plumbers, carpenters and electricians all have skills to offer a society that is rebuilding or even just struggling to stay alive day by day.

Butchering: Hunting and trapping your own food is one thing, but processing it in such a way as to preserve as much meat as possible is another. Those who possess such skills will probably be able to work out lucrative deals trading for a portion of the meat.

Brewing & Distillation: When times are good, people like to drink. When times are bad, they like to drink even more. It is an escape, however temporary, from the drudgery of day-to-day life. Those who have the knowledge and the supplies to provide alcohol will probably never lack for friends nor food.

Tool Maintenance: It takes maybe a few minutes to show someone how to use an axe properly. Teaching someone how to properly sharpen that axe, though, takes longer. The same principle applies to knives, saws and other tools. These aren’t difficult skills to learn and the investment in supplies is actually fairly minimal. But it does take time and practice to learn how to do it correctly.

Bartering is a skill, one that should be practiced and fine-tuned. Visit flea markets and rummage sales, as those are places where dickering is not just acceptable but expected. The goal isn’t to get one over on the other person, but rather to find a way where each person involved in the trade feels they got the better deal.

This article was originally published in the SURVIVOR’S EDGE™ Summer 2016 issue. Subscription is available in print and digital editions here. 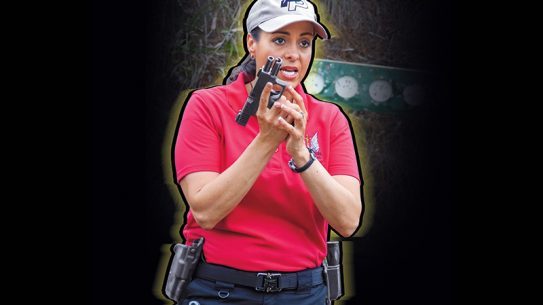 No Easy Target: Survival and Concealed Carry Tips for Women