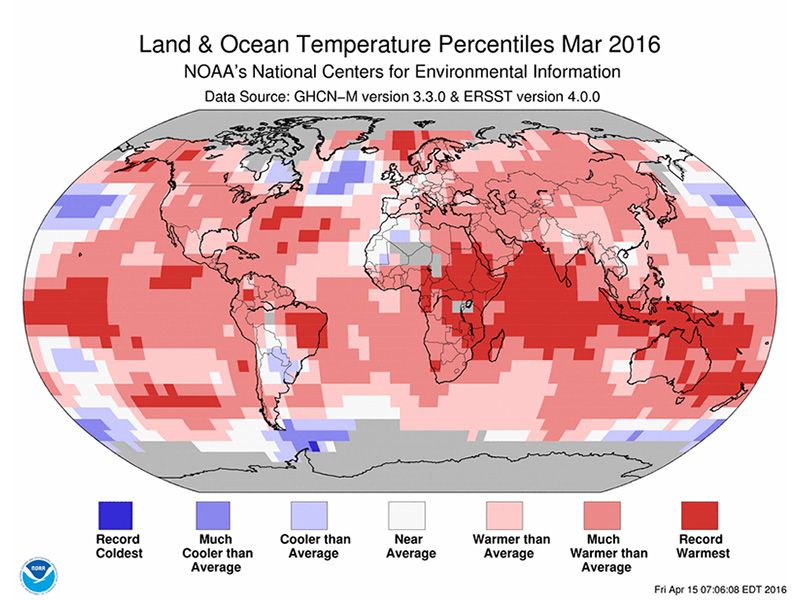 We’re not even halfway through 2016 and things are already heating up. A new report from the National Oceanic and Atmospheric Administration (NOAA) reveals that the average global temperature of 57.1°F on land and ocean surfaces for the month of March was the warmest on record since record-keeping started back in 1880. Not only that, but this is the 11th consecutive month that a global temperature record has been shattered.

According to the Associated Press, the record-setting temperature for March was 2.20°F above the 20th century average. The first three months of 2016 were 2.07°F warmer than normal, and half a degree warmer than the previous record which was set last year. The NOAA  reported record high sea surface temperatures across most of the North Indian Ocean and parts of the central equatorial and southwest Pacific, which resulted in the March record.

Jessica Blunden, a climate scientist with the NOAA and, according to RT, the lead author of the report, attributes the rising temperatures to a combination of El Niño — a swath of warm water that develops in the Pacific Ocean and affects temperatures worldwide — and unrelenting man-made global warming. She believes the El Niño will eventually dissipate and the streak of warm temperatures will be over, but likely not before a record-breaking April.

The NOAA joins NASA and the Japan Meteorological Association as the third agency to report that March 2016 temperatures were the hottest on record.

As the New York Times reports, the report comes as diplomats around the world gather at the United Nations to sign the Paris Agreement reached last year, which involves 195 nations agreeing to lower greenhouse gas emissions in an effort to reduce global warming. 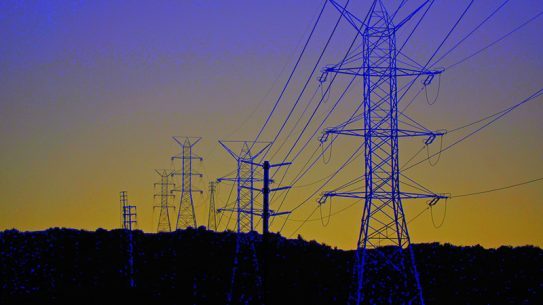 Lawmakers Fear The Consequences of a Power Grid Cyberattack

Lawmakers want to know what plans are in place in the event of a...