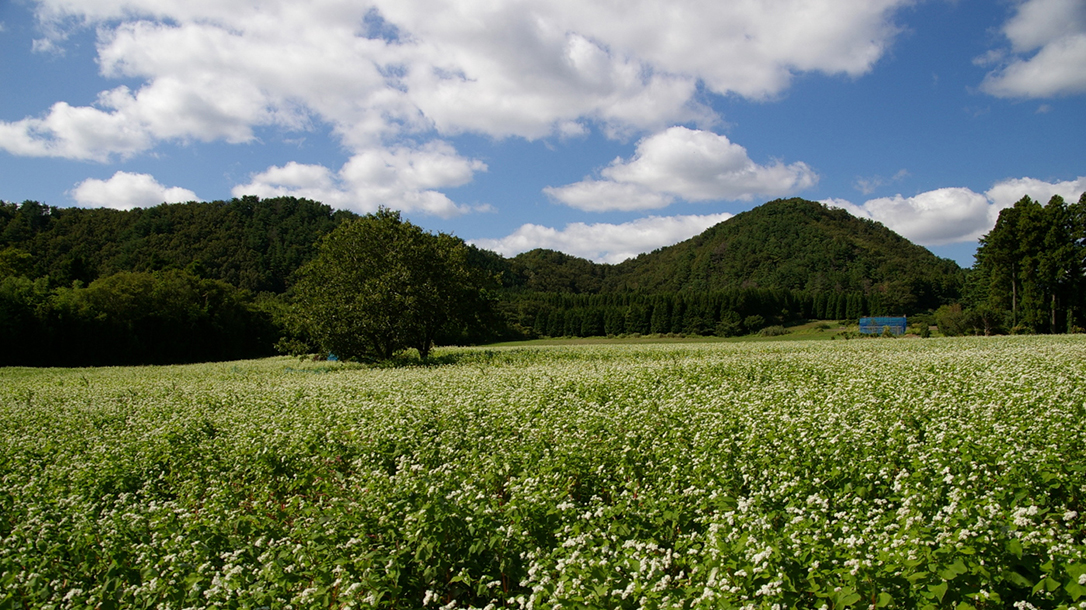 Photo by Barbara Delbol
Due to their fibrous root systems, other cover crops such as barley, oats and wheat help protect the soil from erosion and smother weeds.
Comment(s)

All farming and gardening begins with one thing—the soil. Nurturing this foundation with the addition of nutrients and organic matter can help maintain a sustainable, healthy and productive farm, field or garden. For farmers and gardeners who want to build their soils, they’ve got to go beyond opening a bag of fertilizer in the spring. Rather, building soil is an ongoing endeavor, with winter cover crops playing a vital role in revitalizing soils in anticipation of the following summer’s annual crop. A cover crop is nothing more than one grown in order to protect or enrich the soil.

Those new to growing crops may have an inkling that cover crops are “good” for their small farms or gardens, but don’t know why or where to start. “Really, the first thing is to determine the purpose of the cover crop,” said Amy Garrett, an assistant professor with the Oregon State University Extension Service’s small farms program. “For some people, it may be to add to soil fertility, while for others it may be to provide cover for couple of years before they are ready to plant something like an orchard.” 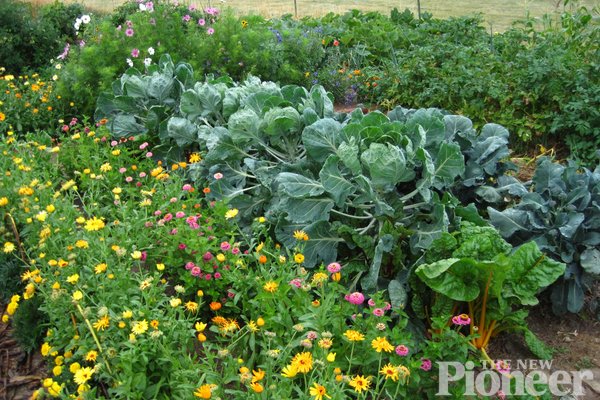 Other reasons to use cover crops include reducing weeds or attracting pollinators and other beneficial insects to a field or garden. “Cover crops can be grown for multiple purposes,” Amy explained. “In an annual vegetable crop situation, they can protect the soil from compaction from the winter rains, capture nutrients and prevent the soil from leaching excess nitrogen.”

Some cover crops, such as legumes, can also capture nitrogen from the atmosphere and transport it through bacterial interaction with the plant’s root nodules into the soil in a form that is useable for plants.

Cover crops play a role in taking up nitrogen from unused fertilizer that otherwise could leach out of the soil and into groundwater or nearby streams, potentially polluting the water. Those with deep roots help to loosen heavy compacted soils because they send their roots deeper into the soil than soil tillers can reach, which allows water and air to seep further into the soil. Additionally, once the cover crop is cut and the leafy top growth turned back into the soil, the decomposing material increases organic matter in the soil, adding nutrients and improving the soil’s tilth.

Not all cover crops grow well in all places. Things to consider when choosing a cover crop include soil conditions, the best time to plant the crop, how much irrigation is available to germinate the seeds, and typical winter conditions that the crop will need to endure. “If your soil has a low pH or is acidic, you may have poor legume establishment,” said Amy. Other crops such as annual ryegrass can tolerate wet autumn soils while others such as fava beans don’t do well when soils are wet over a long period of time.

Due to their fibrous root systems, other cover crops such as barley, oats and wheat help protect the soil from erosion and smother weeds. They’re also adept at using excess nitrogen and can be interplanted in late summer with crops such as broccoli. Once the broccoli is harvested, the cereal crop is well established before winter begins.

Compacted soils can benefit from deep-rooted cover crops like common vetch. This can send taproots down as far as five feet into the soil. As a legume, it can boost nitrogen for the next crop.

Timing when to plant a cover crop, as well as when to turn it under takes a bit of finesse. “It’s kind of a dance because each year can be so different,” Amy said. “Here in western Oregon, we want to have a cover crop planted by the first week of October, which is typically when the fall rains start. You want to get things established before the fields turn into a mud pit.”

Still, not every summer crop may be finished by then. “To get things started a bit earlier, I’ve seen people inter-seed crimson clover. So it is just getting started as the squash crop is finishing off.” In its initial growth phase, the clover shares some water and nutrients with the squash but doesn’t interfere with its growth. Once the squash harvest is complete, the clover is allowed to take over the field for the winter.

Research trials in Oregon’s Willamette Valley have shown that inter-seeding works best once the main vegetable crop is well established so that the competition with the main crop for light, water and nutrients is minimal.

In addition to inter-seeding cover crops, Amy has observed farmers using more than a single variety of cover crop in the same field. “People also are getting interested in multi-species of cover crops—having more diversity in there.”

Certainly, cover crops aren’t perfect. “One of the reasons that some people don’t plant cover crops is that it can delay them from getting into a field in the spring,” she explained. She also noted that the shading of the soil by especially tall varieties of cover crops, such as cereal grains, can delay a field from drying out. This postpones prep work for the next crop. One way to deal with this is for the farmer to mow the cover crop. This allows for more air circulation to help dry the soils. 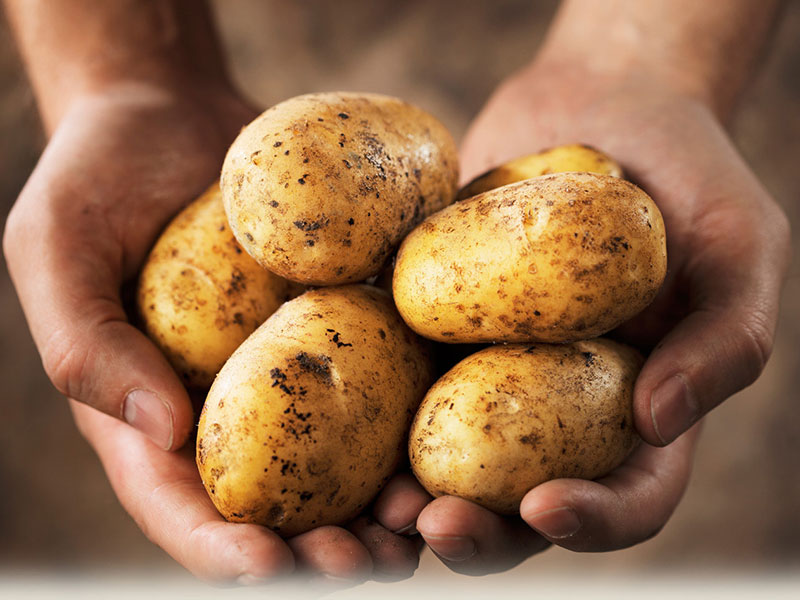 Some farmers may also fear that cover crops have the potential to introduce “weed” seeds into their main crop fields. That too can be managed. “The general rule of thumb for an annual cover crop is to chop and incorporate it into the soil before it goes to seed,” she said. To get the maximum amount of biomass from the cover crop, it’s ideal to mow or chop the cover crop just as it goes to flower. “It’s important management-wise not to let the cover crop go to seed,” she emphasized.

For those who want to attract pollinators and other beneficial insects, allowing certain cover crops time to flower will help. “Phacelia is a great insectary planting,” Garrett says of the wildflower that is a honeybee and bumblebee favorite. Its fibrous roots will penetrate up to 30 inches deep and it’s effective in utilizing excess soil nitrogen. Buckwheat is another good insectary planting,” she said. “Every place I have seen it out in the field this summer is humming with life.”

Cover crops aren’t just for farms but also can be used in the home garden. The only limit is the gardener’s ability to deal with incorporating the crop into the garden soils, Amy said. “For home gardeners, its hard to deal with a ton of biomass.” A cover crop such as Sudangrass that can grow 8 feet tall can be a challenge, although cutting or mowing the top growth can bring it down to a manageable height.  She suggests lower-growing crimson clover for smaller areas. Another shorter cover crop is subterranean clover, which also works well as a ground cover between orchard or vineyard rows. 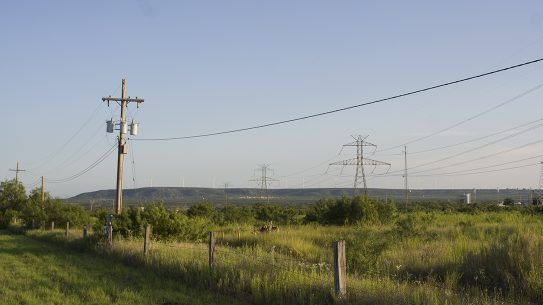 How to Get a Broadband Rural Internet Connection

Given that so much of our economic activity takes place online, the best solution...