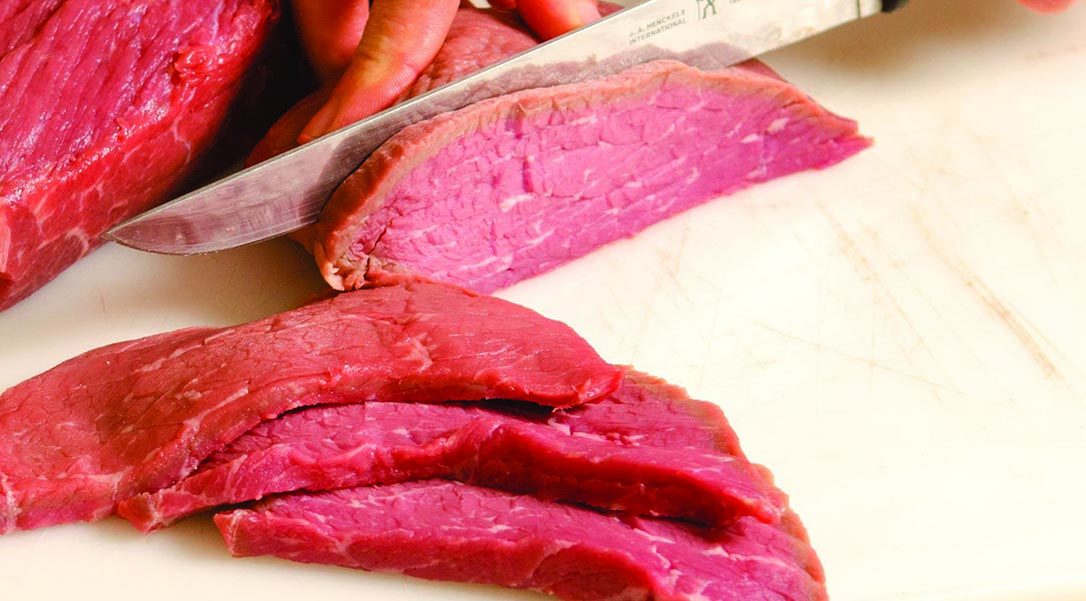 1 of 3
Photo by Sarah Sanford
Venison Rounds
“Don’t just send the rounds to the grind pile or the dehydrator for jerky. You’re missing out on quite a bit.” 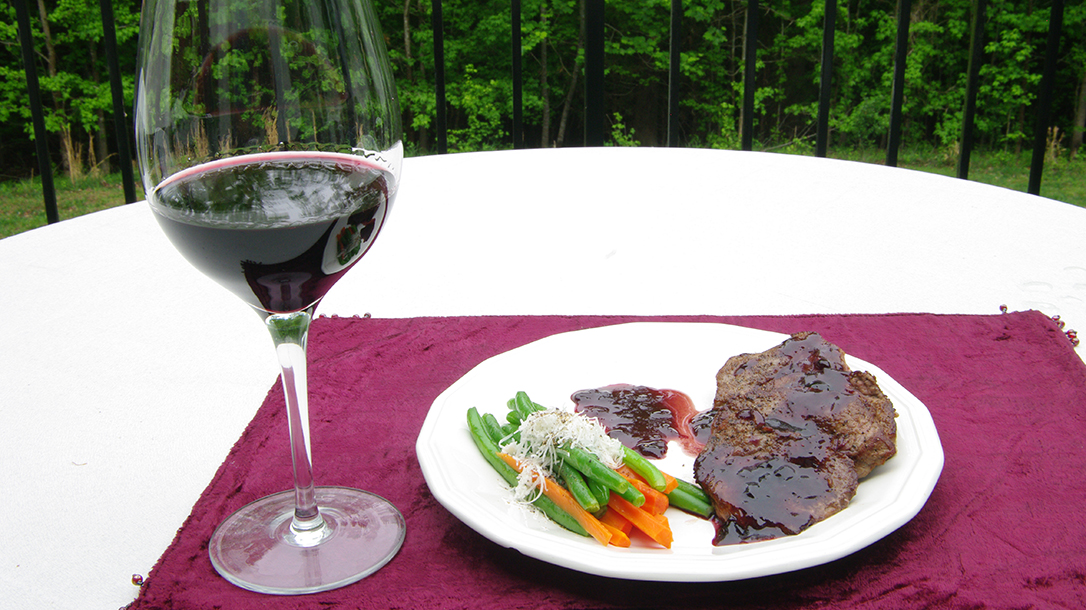 2 of 3
ven-rounds-meal
“Top rounds and bottom rounds are some of the most versatile cuts on an animal.” 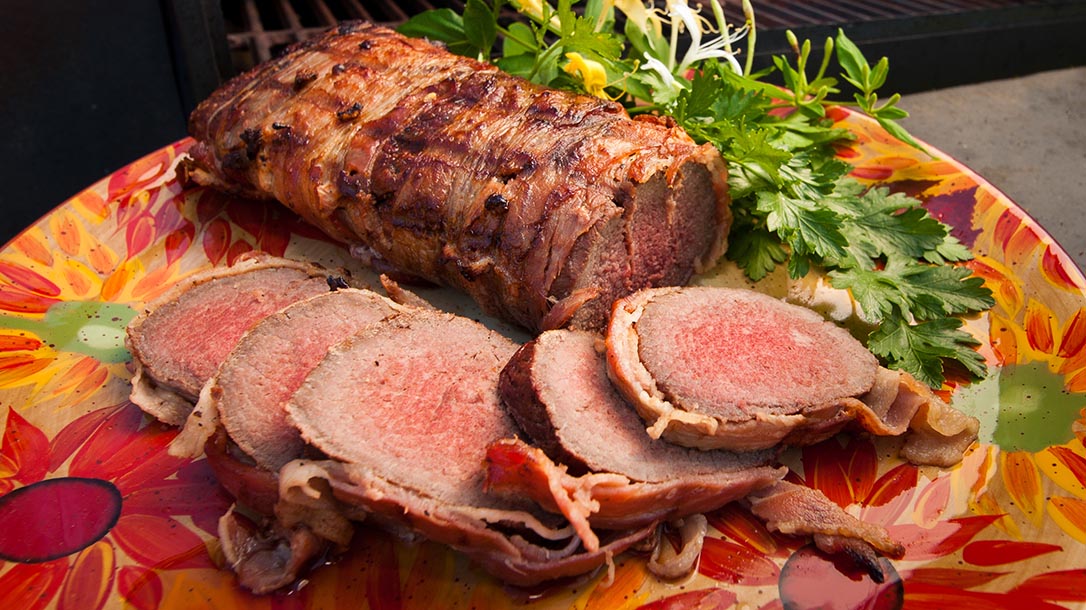 3 of 3
Photo by Billy Pope
The Rounds
“Summer is almost here. By now, you’ve probably gone through the backstrap and the tenderloin, and you’re left with the less-than-prime meat. You can get a lot more mileage out of it than you may realize.” 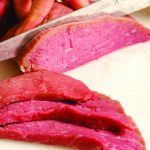 Two neglected cuts of venison that deserve a serious second look are the rounds, specifically the top and bottom rounds. These are the cuts from the back of the leg, below the rump and above the shank.

Why are we talking about this? Well, summer is almost here. By now, you’ve probably gone through the backstrap and the tenderloin, and you’re left with the less-than-prime meat. You can get a lot more mileage out of it than you may realize after your hunt.

What Are the “Rounds”?

Let’s put this in more familiar terms. The rounds — namely the top and bottom rounds — are more or less the hamstrings of the animal.

The very top of the leg and rear of the animal is the rump. A couple of rump roasts are found where the tail meets the spine on the deer or elk. A couple of roasts can be found on the front of the leg; these are the “knuckles,” which on a cow is the sirloin. You’d call it your quadriceps.

The rounds are the back of the leg, above the shank. The muscle groups are fairly obvious when you see them. There’s a top round, a bottom round and, between them, the “eye” of the round. Some people will leave the eye attached to the bottom round; some people remove the eye.

If you ever hear anyone mention a “hidden tenderloin,” they mean the eye of the round. Go to a grocery store and you’ll probably see “eye of round steaks” for relatively cheap. It’s a fantastic cut as it’s lean and relatively tender, much like a sirloin.

Most people use the rounds for burger, stew meat or jerky, which is doing it wrong.

These are some of the most versatile cuts of meat from any anima; they can be used as steaks or roasts. They take well to barbecuing, braising, roasting, stir-frying … just about any cooking method you can imagine. That versatility makes these cuts the ones that you shouldn’t neglect or cast into the jerky or grind pile.

There are a few different ways to make steak of the top or bottom rounds of venison.

First is a London broil. These cuts are a bit tougher than sirloin, but not nearly as tough as the rump or the shoulder as the “knuckles” are the harder-working muscle groups.

To make a London broil steak, cut horizontally through the round from end to end. Bottom or top both make this cut well. It should be about 0.75 inches to 1-inch thick and about 8 to 10 inches long. A deer should yield one or two per top round, depending on the size of the deer.

You can also just slice steaks away from the muscle of either. However, they should be on the thin side as these muscles can get a bit tough.

Where these cuts shine, though, in terms of steaks, is as cube steak. If you like a good chicken fried steak — or if you want to get fancy, jaegerschnitzel — this is one of the best cuts to use.

Here you want to use butterfly cuts. If you’ve never butterflied a piece of meat, you cut almost all the way down, leaving the desired thickness of the steak at the joint. Then you make a second cut all the way through. This leaves a piece of meat of uniform thickness but larger overall size.

For cube steak, you’ll want it to be thin. Tenderize with a mechanical tenderizer or a tenderizing mallet. For the best results, it should be a quarter-inch thin once pounded out; that will lead to quick and even frying in the pan.

It’s good breaded or not, but you get a lot of cube steak out of one round.

Top and bottom rounds also shine as roasts. A few different methods will get the best out of these cuts, as they are tough enough to take to slow cooking despite being tender enough to work as a steak cut.

One approach is to cook it like you would a prime rib. Brown it in a hot oven, then reduce heat to bring the temperature up. However, cooking time will be reduced as venison is vastly leaner than beef. You’ll want to give it a good coating of fat such as clarified butter or olive oil. Use a meat thermometer for sure. After resting, carve.

These cuts also take well to pot roasting or other slow cooking methods, as they get fork-tender and can fall apart. Various pulled beef recipes such as barbacoa, ropa vieja and so on are great uses as well.

Getting out the smoker isn’t a bad idea either. These cuts take well to smoking.

So, as you might have gathered, top rounds and bottom rounds are some of the most versatile cuts on an animal; this extends to deer, elk and moose. Even wild hog is an option, though the rounds will typically stay on the bone with pigs, as the rear quarters are what you use to make hams.

Don’t just send them to the grind pile or the dehydrator for jerky. You’re missing out on quite a bit.

About the author: Sam Hoober is a contributing editor for Alien Gear Holsters, a subsidiary of Tedder Industries. 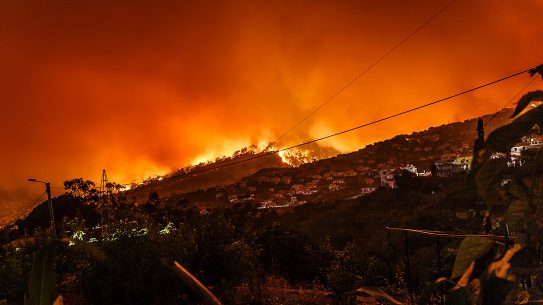 Among natural disasters, little can match a wildfire for ferocity, speed, total havoc and...