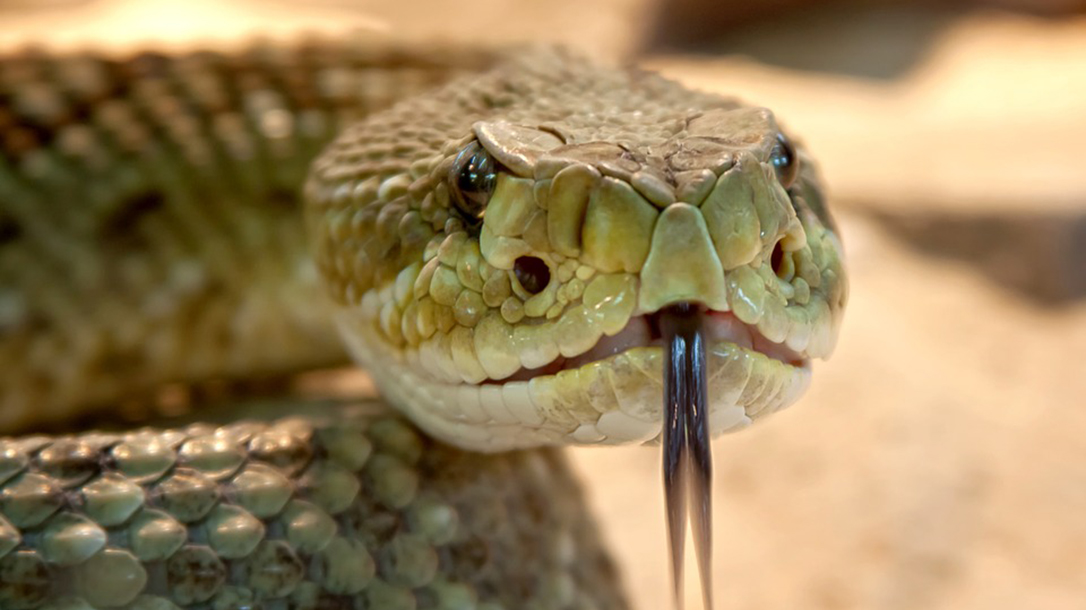 Photo by iStock
The decapitated head of a rattlesnake is still dangerous up to an hour after it has been removed from the body.
Comment(s)

For Jennifer and Jeremy Sutcliffe, it was supposed to be a relaxing day at home with a family cookout planned for later in the afternoon. Three hours later, Jeremy Sutcliffe was in a coma. His body was ravaged by a decapitated rattlesnake bite, and doctors unsure whether the 40-year-old would survive. 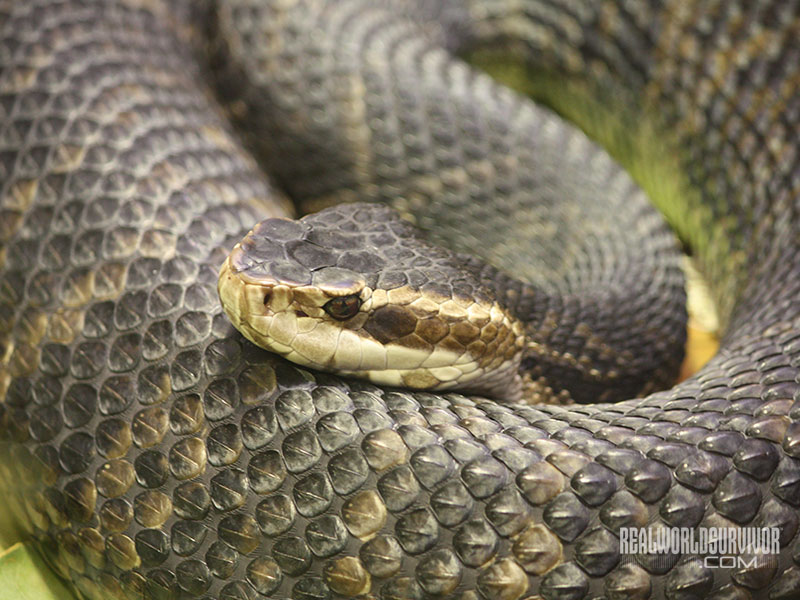 How To Detect And Avoid The Top 4 Deadliest Backcountry Snakes

To prepare for the day’s festivities, the Sutcliffes decided to tidy up the yard of their home near Lake Corpus Christi in southern Texas.

“I reached down to pull out a little area of grass that was growing around one of my flowers, and I almost grabbed the snake,” she told The Washington Post. “The snake was not happy about that at all. It came up with its head, so I screamed.”

Alerted by his wife’s panic, Jeremy came over with a shovel and decapitated the snake, a move that for many other animals would have meant swift death. But what the Sutcliffes didn’t know is that snakes can still bite and inject venom for at least an hour, if not more, after being decapitated. When Jeremy went to pick up the snake’s head about 10 minutes later, he never expected it to bite him in the hand, Jennifer said.

“I heard him screaming that it had bit him,” said Jennifer, who was in the house at the time. “I ran out there, and he was able to get the snake ripped off his hand.”

Jennifer, who is a nurse, immediately got Jeremy into the car and dialed 911 to figure out which of the local hospitals had antivenin. She learned that the nearest hospital that could save her husband was a little over an hour away. They had made it about two miles when Jeremy started losing consciousness, suffering from loss of vision and having mini-seizures, Jennifer said.

He was eventually airlifted to Christus Spohn Shoreline Hospital. Jeremy was going into septic shock, had internal bleeding and that his blood pressure was consistently “bottoming out.” Eventually, Jeremy was put into an induced coma and placed on a ventilator. His organs had started shutting down.

Jeremy came out of his coma May 31 and is now in stable condition, Jennifer said. He had been treated with 26 doses of antivenin. Doctors told her a normal bite is usually treated with two to four doses. Jeremy has a lengthy recovery ahead of him, his wife said, as he is still showing signs of weakened kidneys.

What Should You Do?

“The smart thing would have been for him to scoop it up with a shovel of course instead of trying to reach down and pick it up with his hand,” she said, adding that Jeremy had no idea the snake wasn’t completely dead. A better option, experts say, is to call animal control to have the snake safely removed.

Although being attacked by a severed snake head seems unusual, Sean Bush, a snake expert at the Brody School of Medicine at East Carolina University told NBC News in 2014 that it’s “very common” for snake heads to still bite because it’s “a last-ditch effort to survive.” In 2014, a Chinese chef was reportedly killed by the head of a spitting cobra as he prepared to serve its body for soup, according to the China Daily.

If you encounter a rattlesnake, avoid it by slowly backing away from its immediate area and call an animal control facility to help you. Venomous snakes will not let a minor injury like decapitation stop them from sinking their fangs into the nearest lump of flesh they can find.

For further reading about venomous snakes, pick up a copy of Survivor’s Edge Summer 2018 issue online at OutdoorGroupStore.com. 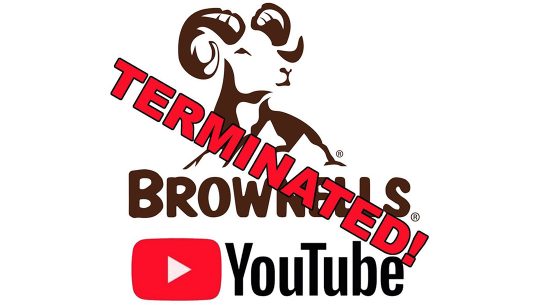 Without warning or provocation, the Brownells YouTube channel was deleted over the weekend before...