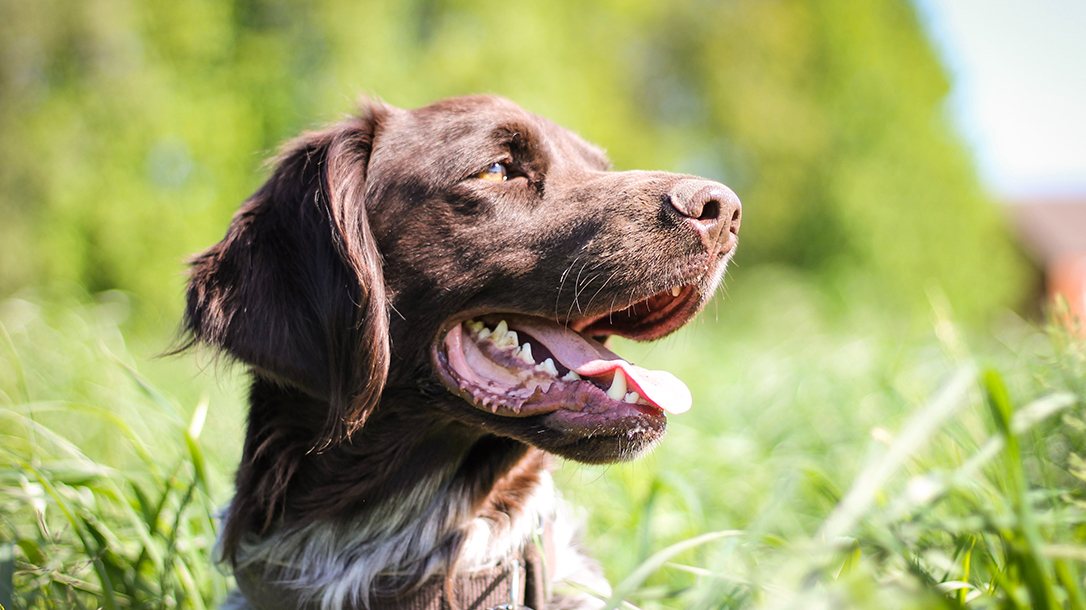 Photo by Lorca Wiles
The history of dogs in America is a storied one. Frontier dogs have played a crucial part in the history and development of this continent.
Comment(s)

Probably one of the most overlooked critters in influencing American history was the frontier dog.

Native Americans used dogs to hunt with and to protect their families and their teepees when on hunting expeditions or warring with other tribes. They also had dogs pull the first American-made trailers called travois. These were made of two sticks lashed together with a small platform on the back for Indians to load the things they wanted to move. Often, when the Indians fought one another, they took the dogs into battle with them. Some of the Indian tribes even raised dogs for food. When the first explorers arrived on American shores, they brought dogs with them that were different from what the Indians had. 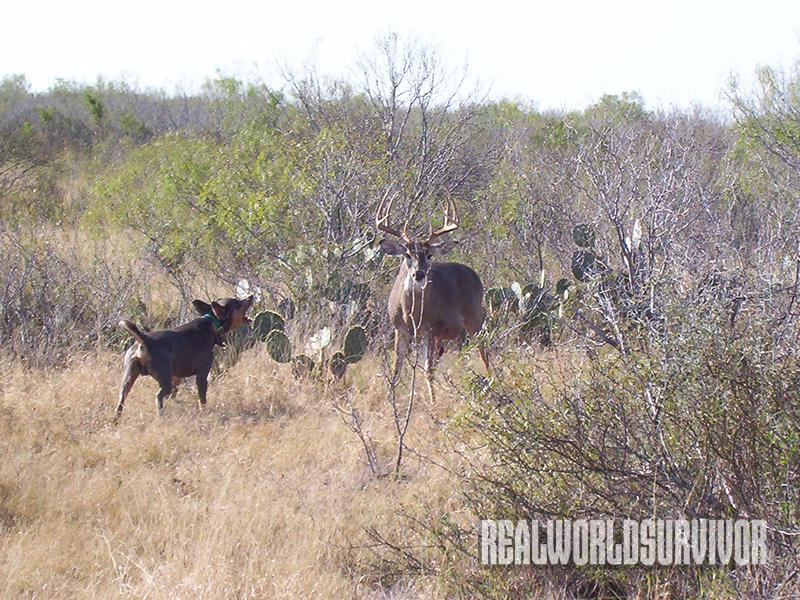 Train Your Dog to be A Hunting Helper

Throughout the history of America, dogs have played a major role in the everyday lives of explorers, early frontiersmen and Native Americans. When families first settled here, every able body in the family had to work the family farm. So, they used a different kind of babysitter. The teenagers and the adults would leave the children playing in the front yard and their dog on the porch. They would watch and protect the children and the house while adults and  older kids plowed, planted, and picked crops.

When settlers from across the world came to the New World, they brought their dogs with them. Those dogs mixed with local Indian dogs and the French and Spanish dogs of explorers to yield cur dogs and feist dogs. Many of these breeds remain today and are used for hunting squirrels, raccoons, bears, feral hogs, mountain lions and opossums. Here are some of the main influences on the dogs of the American frontier.

Around 10,000 years ago, wolves and dogs split, with dogs becoming the only domesticated animals in the Americas. Native Americans used dogs as guards, hunters, fishermen, food, pets and beasts of burden to haul firewood and tents. Women in most tribes managed and trained dogs, often considered more valuable to the tribes than their children. Some tribes raised dogs as foot warmers for its arthritic people. Also for their hair for weaving. Dogs with webbed feet hunted otters (Tierra del Fuego, South America, for example). They drove fish into nets in Patagonia. And they hunted bison on the Great Plains by hitching the dogs to a travois that the Native Americans used to shoot the bison with their bows and arrows. Other uses: to bay up moose, to cure illnesses, to ensure victory in battle, and as a food source (mainly eastern North American and Plains Indians). The Apaches, Navajos and Incas wouldn’t eat dogs.

On Christopher Columbus’ second trip to the New World in 1493, he brought Spanish dogs—20 greyhounds and one mastiff—with him to use as weapons. They were trained to attack and maul people. Before this, in 1480, Spaniards had used these kinds of dogs to maim and kill natives in the Canary Islands and also allowed those dogs to eat the small children left at churches and mosques there. Later, Spanish conquerors took these brutal dogs with them while exploring Mexico and the southeastern U.S., carrying Indian slaves for the dogs to eat.

In 1585, Sir Walter Raleigh helped establish the colony of Roanoke Island, Virginia, and brought with him greyhounds to kill deer, bloodhounds to trail wounded game, and mastiffs to kill wolves, bears and Indians. Dogs became a valued commodity, and the Virginia Assembly in 1619 passed a law forbidding the sale of “English dogs of quality, such as a mastiff, greyhound, bloodhound, land or water spaniel or any other English dog.”

The Pilgrims and the Puritans who settled the Northeast in 1620 used frontier dogs to guard their homes, manage livestock, kill wolves, keep Indians away, pull carts and turn wheels powering spits, wells and machinery. Their dogs were invaluable to their settlements. The Pilgrims and the Puritans also ordered wolf-killing greyhounds from Ireland that were considered, according to correspondence, “the best in the world” when it came to killing the plentiful New World wolves.

During the French and Indian War, when the colonies fought with the British against France and Spain—countries that had expanded into eastern North America—the Massachusetts legislature approved “the buying up and maintaining of dogs along the northern border of the state to hunt after Indians.” The colonists also used dogs during the war to haul supplies and wounded fighters in sledges (travois). In 1757, Benjamin Franklin asked the Pennsylvania legislature to obtain 50 mastiffs and handlers to hunt down Indians involved in the war, but the measure didn’t pass.

After the Revolutionary War in the mid-1700s, General George Washington became the United States’ first president. He also continued transforming agricultural practices at his home in Mount Vernon to more scientific methods, as well as improving the livestock and his pack of foxhounds. Since he was very interested in locating dogs to run down the wolves killing his sheep, in 1785 he wrote his friend, the Marquis de Lafayette of France, who had fought the British with him during the war, and asked him to send him some French hounds.

Lafayette responded, saying, “French hounds are not easily got because the King makes use of English dogs, as being more swift than those of Normandy.” Lafayette left unsaid that only nobles could ride to the hounds. However, Lafayette finally obtained seven hounds and sent them to Washington, who was always seeking the best dogs from a variety of places and breeding them.

But dogs in some cities following the Revolutionary War were constant problems. Strays roamed the streets, fighting, eating the offal discarded from butcher shops, harassing pedestrians and horses, and attacking herds of domestic animals. Mastiffs and bulldogs fought against bears, and terriers competed in pits as people watched and gambled. In 1785, New York City passed an ordinance that said, “to guard against mischief from distempered or mad dogs, dogs must be chained, leashed, muzzled or confined or face arrest or death if not bailed out by their owners.”

Thomas Jefferson collected “rustic French sheepdogs, shepherd dogs” (Briards) and enjoyed breeding dogs and livestock. But by the end of the 1700s, many dogs had become house pets, and the thinking about dogs changed. For instance, in 1828, the city of Boston didn’t allow a man who wanted to employ 40 dogs to empower a cotton mill to do so because “the animals exhibit fidelity and should not be subjected to such brutal labor.” However, southern planters from Europe employed dogs mainly for sport and hunting deer, bears, panthers and bobcats that became social events with people from around the countryside gathering to hunt, socialize and prepare and eat delicious food.

Well-known longhunter and frontiersman Daniel Boone always traveled with a horse and his dogs when exploring new frontiers in the late 1700s. Many expeditions also took dogs with them, including Meriwether Lewis and William Clark, who in 1802 included Seaman, a Newfoundland dog, on their travels. The men considered Seaman a courageous guard and knew him to be “a trainable hunter with great stamina.”

As the Lewis and Clark Expedition approached the Ohio River, Lewis spotted huge numbers of squirrels swimming the river and let Seaman swim and take several for them to fry to eat each day. Later, the Shawnees admired Seaman and offered Lewis three beaver skins—a very high price—for the dog. The expedition also used Seaman in other ways before he returned to St. Louis with the expedition in 1806, including diving to beaver lodges to drive the beavers out, so the men could catch and eat them; chasing down pronghorns to provide food; protecting the camp from a rogue bull bison that crashed and did all kinds of damage before Seaman ran it off; and patrolling the camp to keep out wolves and bears.

In the early 1800s, Davy Crockett used his cur dogs to bay bears, considered a delicacy, and hunt raccoons, wolves, panthers and deer. Wagon trains crossing the U.S. always had dogs accompanying them to herd livestock and guard their camps. John James Audubon, who discovered new birds, trees and plants and painted pictures of them on his travels, had a Newfoundland named Plato that was a “great” bird dog that herded herons and other birds and also once dived in 5 fathoms of water to bring up a seal that had been shot for food.

In 1849, California’s Gold Rush saw people bring their dogs from all over the world. At the sites of their gold mines, prospectors used dogs to haul sledges and carts holding equipment and gold. In towns, the prospectors also fought dogs for sport and pitted them against badgers and bears. Residents of San Francisco at that time had a huge rat problem and paid top dollar for dogs to kill thousands of rats. By the mid-1850s, travel writer Frank Marryat, who owned three Australian kangaroo dogs, said, “A good horse or dog is a treasure in California.” 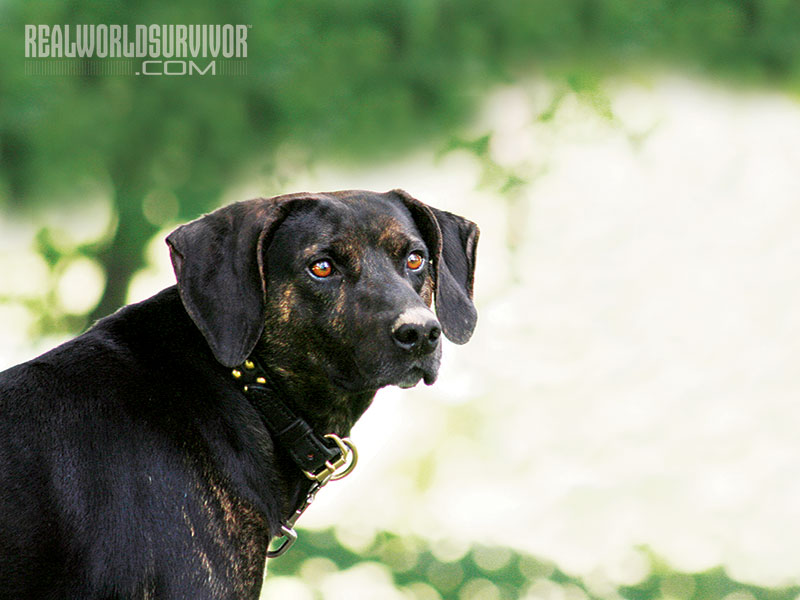 In 1858, 30,000 gold seekers went to British Columbia for its gold rush. A young miner named Henry Hooker quit mining gold and, in 1858, bought turkeys to raise on the Fraser River. He then used dogs to herd them to Carson City, Nevada, and sold them to miners for $500 each, a fortune in the mid-1800s.

In the mid-1850s, people raising sheep used Scottish collies, which were considered very intelligent, to guard and herd their dogs. Southerners liked cur dogs to catch wild cattle and pigs in the swamps and palmettos of the region and bring them to catch pens.

At Camp Sumpter, a Confederate prisoner of war camp for Union soldiers, soldiers used dog packs to track and maul escapees. The dogs were two bloodhounds descended from Spanish dogs in Cuba first brought over by explorers. According to eyewitnesses, these dogs were “like wolves.”

Dogs throughout history have been an integral part of civilization since the beginning of time. As Tim Cosby reports, “This country used native dogs in the beginning, and the dogs brought by immigrants to the U.S. bred with the native dogs. My cur squirrel dog Mig has ancestors among the first dogs in America.”

This article is from the winter 2018 issue of American Frontiersman Magazine. Grab your copy at OutdoorGroupStore.com. 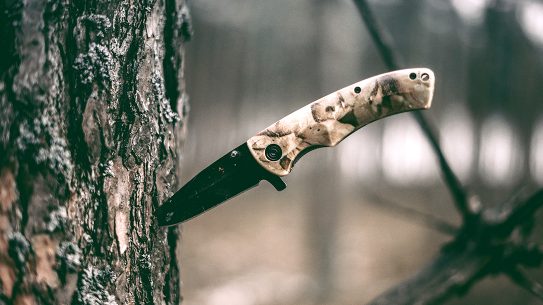 There are a wide variety of practical knife skills—from self defense to tool making...