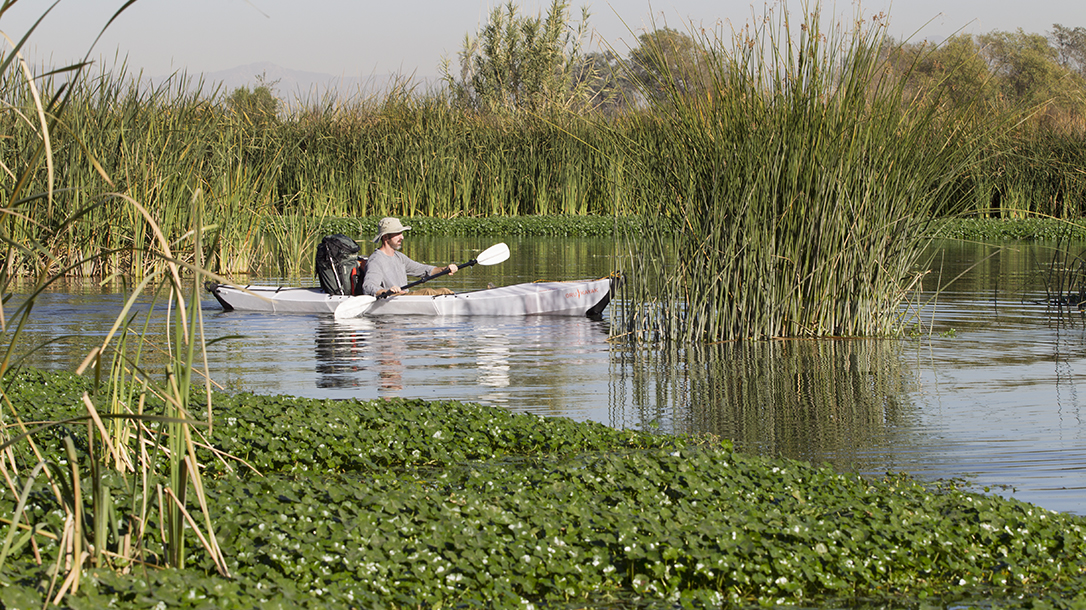 1 of 4
Photo by Henry Z. DeKuyper
Oru Kayak on the Lake
Plying the relatively calm waters of a lake or inlet, the Oru Beach LT runs smooth and quick through the waters. 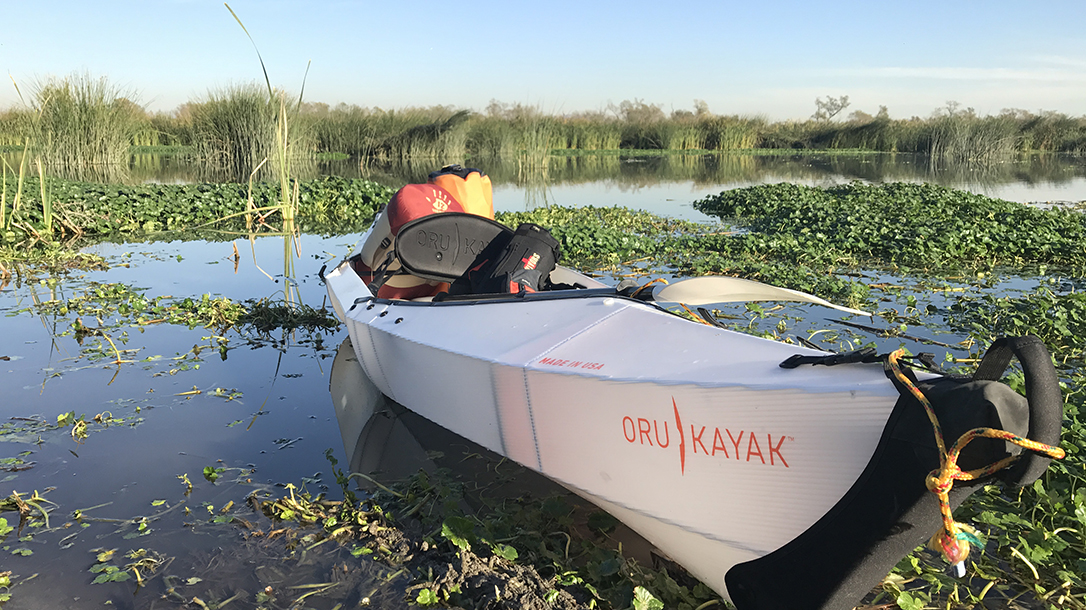 2 of 4
Photo by Henry Z. DeKuyper
Oru Kayak Close Up
Thanks to its open design, the Beach LT has plenty of room for a six-foot-six paddler as well as all of his gear he would need for a week in the backcountry. 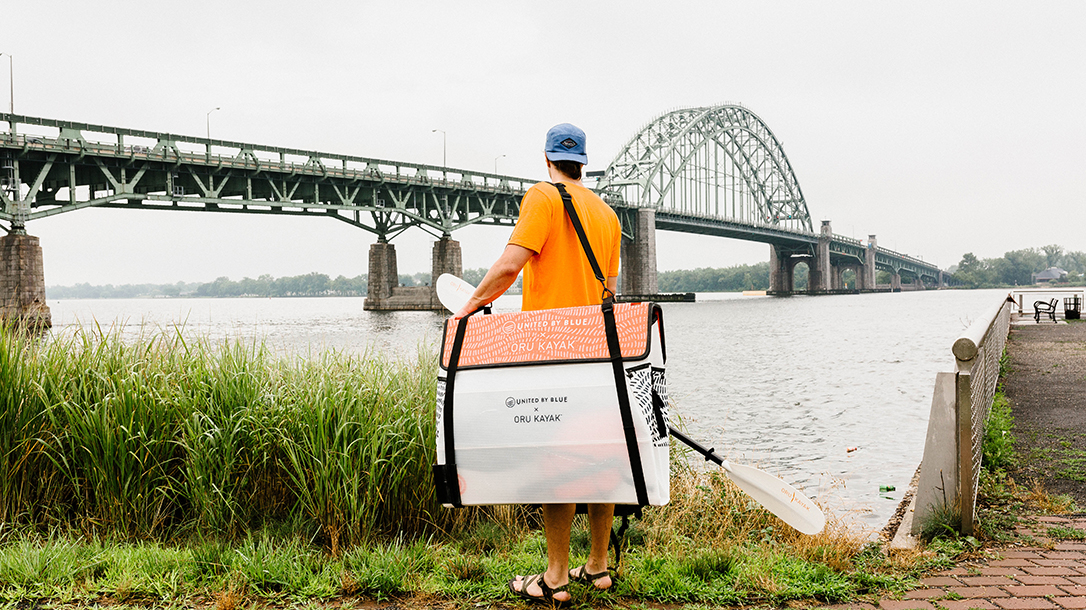 3 of 4
Photo by Henry Z. DeKuyper
Oru Kayak Transportable
At only 26 pounds, it is easy to carry and small enough to fit into any trunk or closet for storage until it is needed. 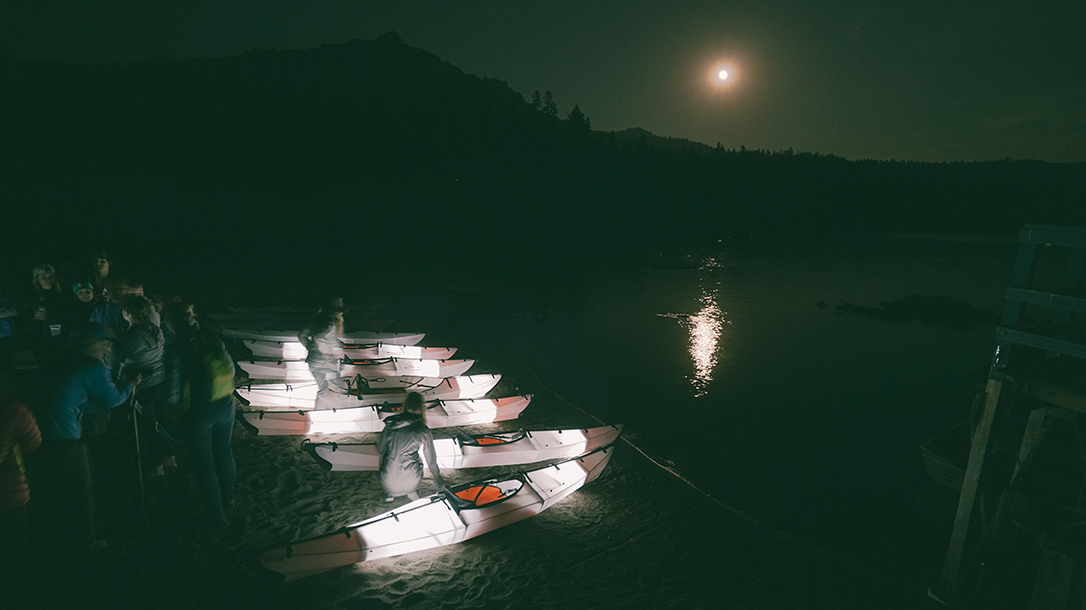 4 of 4
Photo by Henry Z. DeKuyper
Oru Kayak at Night
Because of the translucent hull, the kayaks can be lit at night. 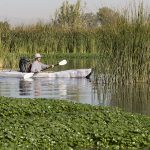 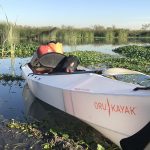 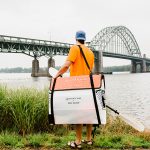 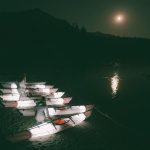 Sometimes the only possible means of escape is the least likely one. You may find yourself preparing for an unlikely scenario with an unlikely means of transportation: a kayak. With roads closed and traffic snarled for miles, evacuation orders issued in front of an impending disaster are difficult to follow if you think inside the box. That’s where the Oru kayak  comes in. Completely reshuffle the box by turning it into a kayak and paddle yourself and gear to safety. The Oru Beach LT kayak is a light-weight, easily accessible kayak. You can transport it anywhere on your back before it transports you anywhere on the water.

Oru got its inspiration from a simple sheet of paper and its ability to be folded into untold numbers of shapes. Anton Willis, Oru Kayak founder and chief designer said, “In thinking about how to accomplish this, I went back  to where it all started and my first origami paper models. They 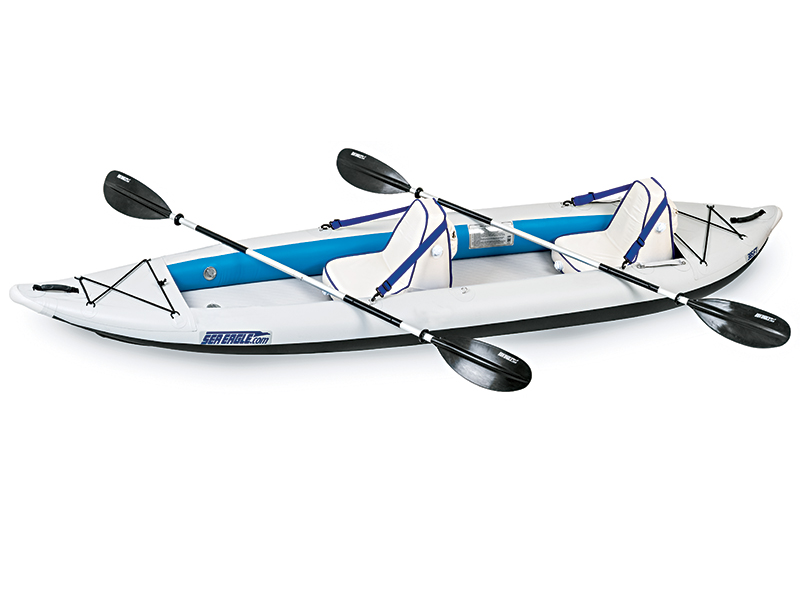 were so pure and simple in their design. The Beach is pure origami. Lots of the solid parts on our previous model have been stripped away, and we refined the details to be as clean and elegant as possible.”

Its initial funding came from Kickstarter a few years ago. Oru’s founders pondered that, if more people could fit their kayak into more spaces—such as a trunk of a car or on their back—them more people will use their kayak. To solve this problem, they turned to origami and a large sheet of corrugated plastic.

The Oru kayak is made from a custom polypropylene. Oru claims that each fold point can be folded and folded 20,000 times. To put that into perspective: If you used this kayak everyday, you’d have to replace it in about 55 years. Superficially, the plastic doesn’t feel strong when it is being bent. But thanks to the rigid corrugation (like a heavy-duty paper box), it can withstand a great deal of stress.

Wondering how 26 pounds of plastic and neoprene can unfold from a 33-x-12-x-29-inch rectangle and into a 12-foot-long kayak is a valid concern. Coming straight out of the box, the instructions won’t make a whole lot of sense until you start to actually unfold it. Winging it without the instructions will only end in frustration. Oru claims it should only take you three minutes to assemble it. Maybe that is some kind of office record for them, but you should plan on about 20 for your first few times.

Taking the Oru kayak down and returning it to its original shape can be tricky too if you don’t remember exactly how it went together. What’s innovative, is that the floor doubles as the outer shell. The whole thing—oars too—is stowed in a nylon pack that you can throw on your back and hit the trail again.

Oru on the Water

Putting-in the kayak was easier than anticipated. Especially considering you are stepping into something you just assembled like a paper swan. However, there was no wobble, nor did we experience any jarring shift of balance when any of us sat down. On the relatively smooth lake near Raahauge Shooting Enterprises in Corona, California, the craft moved swiftly and efficiently over the rather placid waters.

Though Oru offers a spray skirt, the openness of the Beach LT means that it won’t be able to handle too rough waters. It wasn’t designed for whitewater shenanigans. The Beach LT is a leisurely cruiser meant to ply relatively calm waters. From entering and exiting on a somewhat steep incline, the kayak did take on some water (despite the neoprene fairings). But the flooring made for a nice insulator (as well as add bottom rigidity).

The layout of the Oru kayak is open enough for the storage of a lot of gear. It can be placed fore of the footrest and aft of the backrest and reinforcing rod. The stern and bow bulkheads help keep that gear from sloshing around. The adjustable footrest and seatback can accommodate a person up to around six-foot-six.

The seat pad and seat back lack in comfort, but they were designed to minimize weight and space. Though your PFD should make up for the thin seat back, the seat pad is merely too thin to really make any difference from just sitting on the plastic floor.

Oru on the Go

Once done, there’s no hoisting the Oru kayak onto the rack of your car or dragging it onto a trailer. It folds up, theoretically, as easily as it unfolded. It fits snugly into its pack, which has padded shoulder straps, a hip belt, handles, a large zipper, and compression straps. At 26 pounds, the load is very manageable but wide and can be a bit awkward if you are trekking over ground dense with underbrush or tight with foliage. 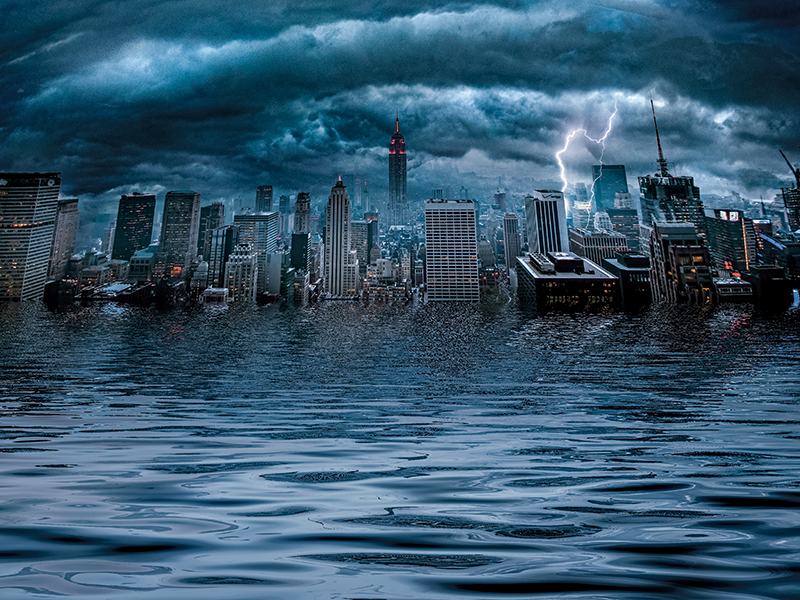 Unlike most regular “Greenland” kayaks with similar price tags, the Oru lacks a rudder. This means getting it to track straight requires little bit of effort. It’s a small price to pay for the extreme portability and foldability of this kayak. Other foldable kayaks, such as those from Feathercraft or Folbot, take twice as long to put together and weigh about twice as much.

The kayak can glow at night with lights in its hull. It not only offers a cool effect, but it means you’ll always be visible at night. 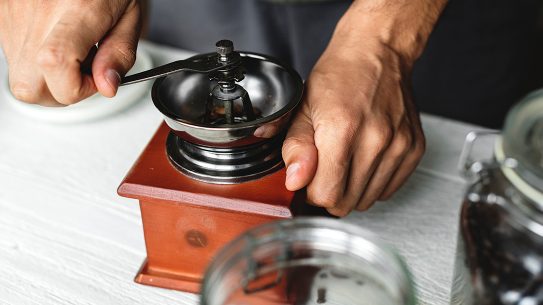 10 Off-Grid Appliances for When the Power Goes Out

Handling the basics of running a household doesn’t have to depend on the power...