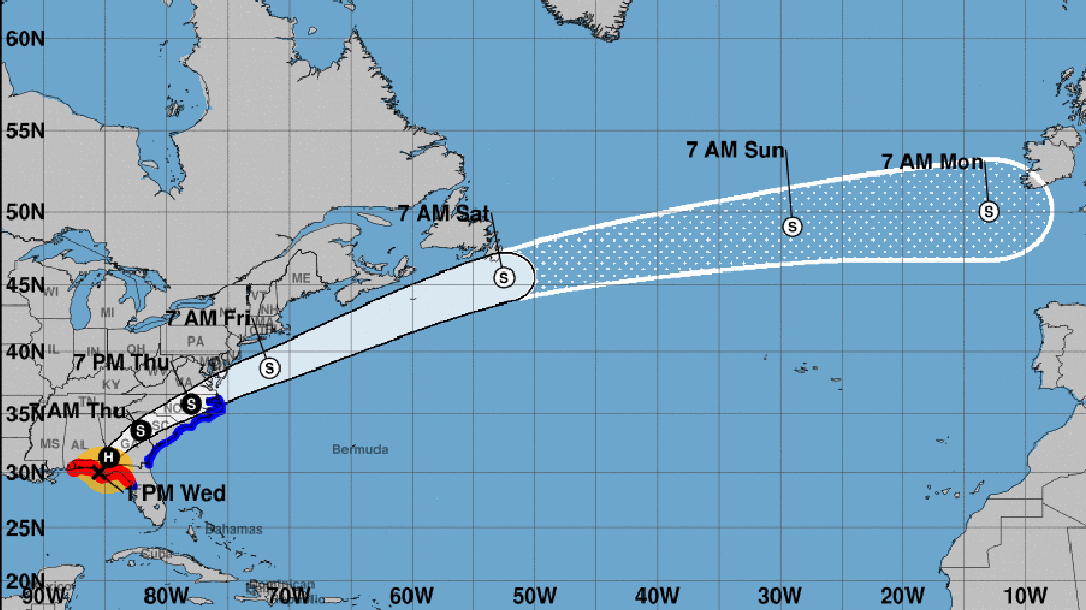 Photo by NOAA
Hurricane Michael has set its sights on Florida today, but will sweep through the Southeast and head back out to see by Friday.
Comment(s)

Barreling in with 150 mph winds and generating reports of 31-foot waves, an “extremely dangerous” Hurricane Michael was upgraded to a Category 4 storm Wednesday and continued strengthening into what could be the most powerful storm to hit the Florida Panhandle in 100 years, forecasters said. Michael was churning about 40 miles southwest of Panama City, Fla. and moving north-northeast at 14 mph, the National Hurricane Center (NHC) said in its 12 p.m. ET advisory. 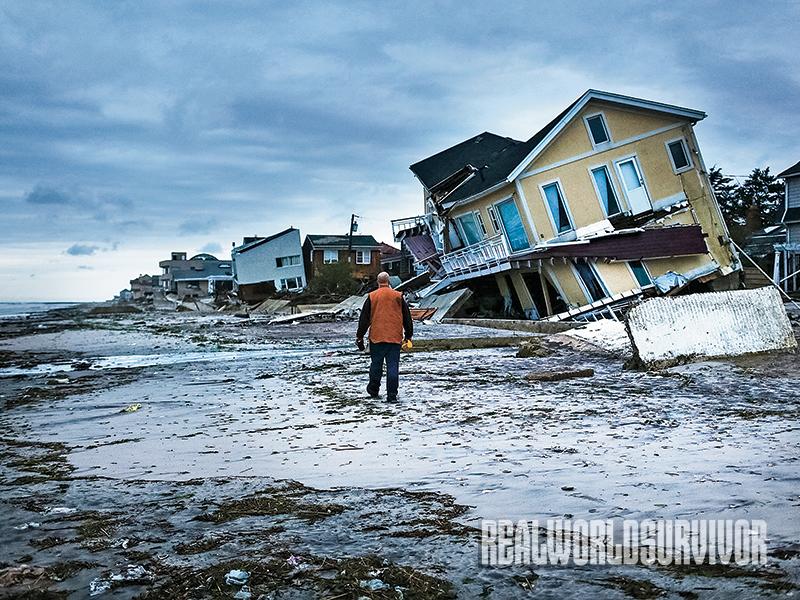 How to Survive and Prepare for a Hurricane

Water levels continue to rise quickly along the coast of the Florida Panhandle. A National Ocean Service water level station at Apalachicola recently reported over 5.5 feet of inundation above ground level.

The storm is expected to roar onto shore between Panama City Beach and Apalachicola between 1 to 2 p.m. ET.” Hurricane Michael is a dangerous, catastrophic life-threatening storm. The panhandle of Florida has never had a Category 4 landfall in their history, and Michael could go down as the strongest hurricane to hit the U.S. in the month of October.

The Florida Panhandle could see storm surges of up to 13 feet and flash-flooding from heavy rainfall. The chance of tornadoes will also increase Wednesday in parts of the Panhandle, the northern Florida Peninsula and southern Georgia.

After lashing the coast of Florida, rainfall up to 12 inches is possible and may cause flash-flooding inland. But unlike Hurricane Florence, Michael will accelerate Wednesday night and Thursday, preventing any long-term flooding from rainfall, according to Dean.

Isolated tornadoes are also possible from North Florida and the Panhandle through Georgia and South Carolina as the storm continues moving north.

Devastation in Its Wake

The storm, which formed off the coast of northern Honduras, has already killed at least 13 people in Honduras, Nicaragua and El Salvador. Torrential rains triggered flash-flooding and landslides in Central America over the weekend.

The National Weather Service office in Tallahassee called the storm “a potentially catastrophic event” that may leave some locations “uninhabitable for weeks or months.”

Duke Energy Florida projected 100,000 to 200,000 customers could lose power, the Apalachicola Times reported. The utility company is prepared to mobilize over 7,000 personnel to provide around the clock service to restore power to customers. Dean said that there will be widespread power outages across Florida that could extend into Alabama, Georgia and South Carolina.

Too Late to Evacuate!

Evacuation orders and advisories for about 500,000 people have been called for as the storm approaches the Gulf shore. Florida Governor Rick Scott tweeted early Wednesday: “The time for evacuating along the coast has come and gone. First responders will not be able to come out in the middle of the storm. If you chose to stay in an evacuation zone, you must SEEK REFUGE IMMEDIATELY.”

The Bay County Sheriff’s Office said that a shelter-in-place order has been issued as of 7 a.m. E.T., and that people are asked to stay off the road. 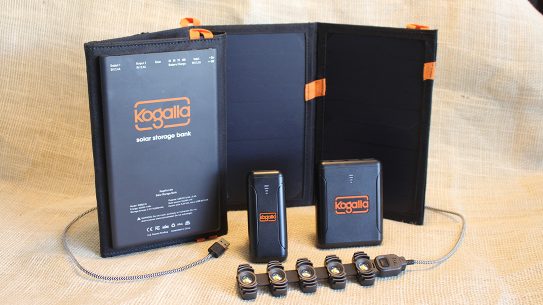 We take a closer look at the Kogalla RA800, solar panels, and gear in...