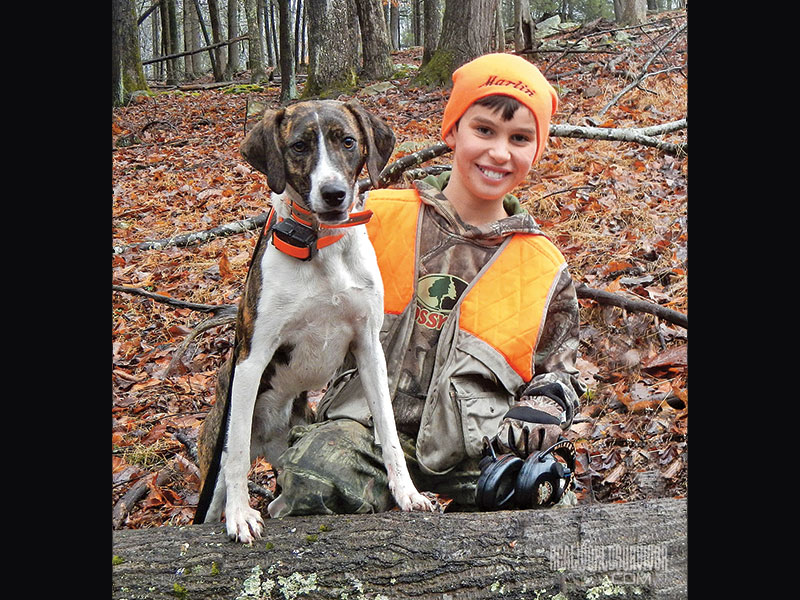 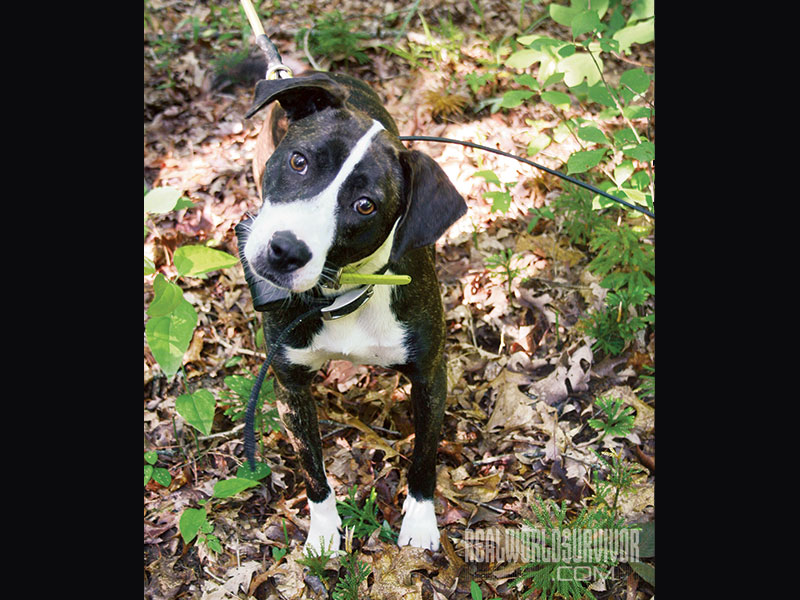 2 of 11
Photo by Linas Cernauskas photo
Raising A Cur
Bond with your Cur dog and it will move heaven and earth to please you. 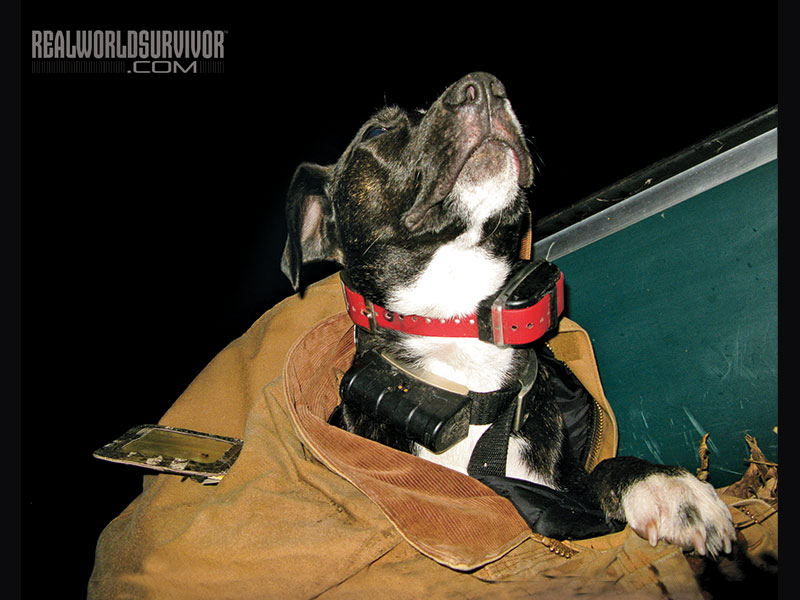 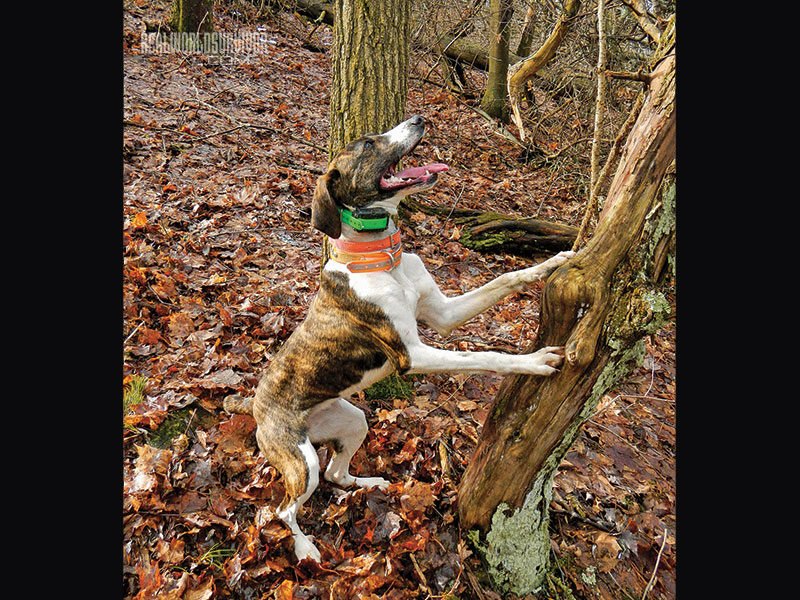 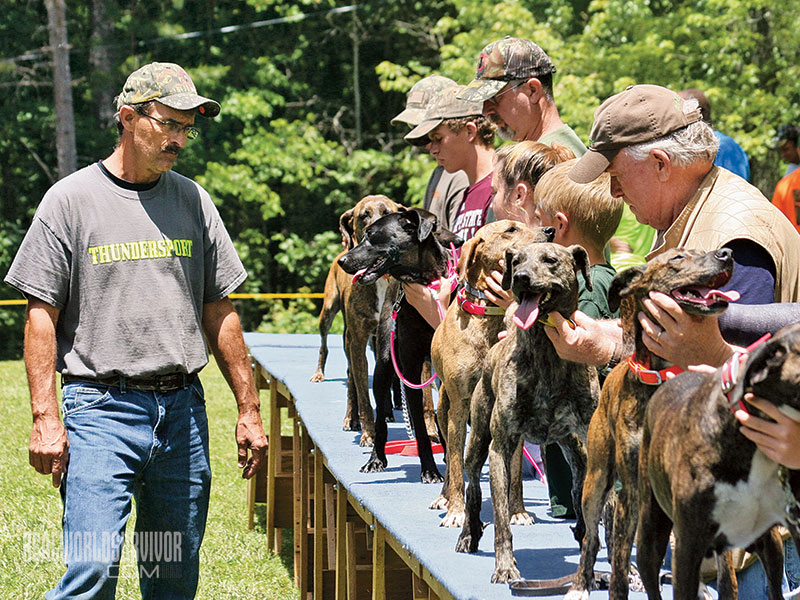 5 of 11
Photo by Linas Cernauskas photo
And The Winner Is…
Allen Franklin, bench show judge, giving the contestants the once over. 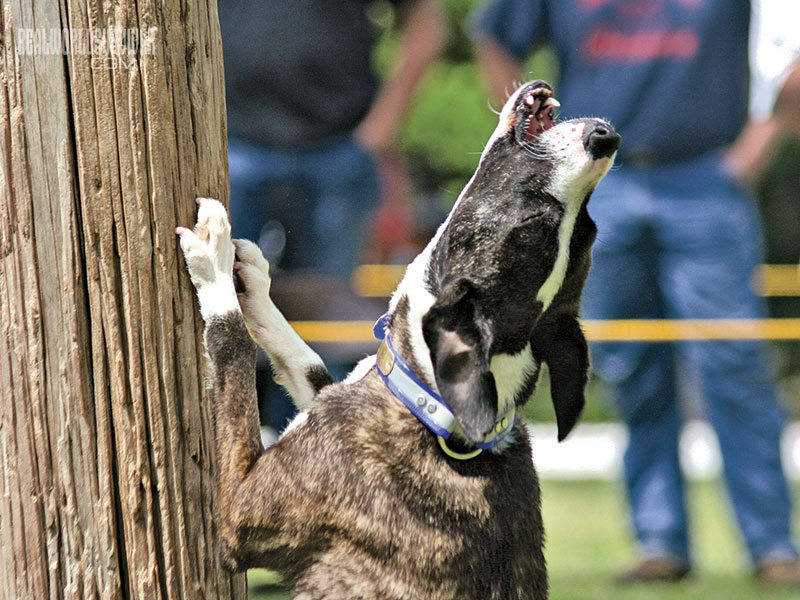 6 of 11
Photo by Linas Cernauskas photo
Treeing Prey
A mountain Cur tells the world that he is treed. 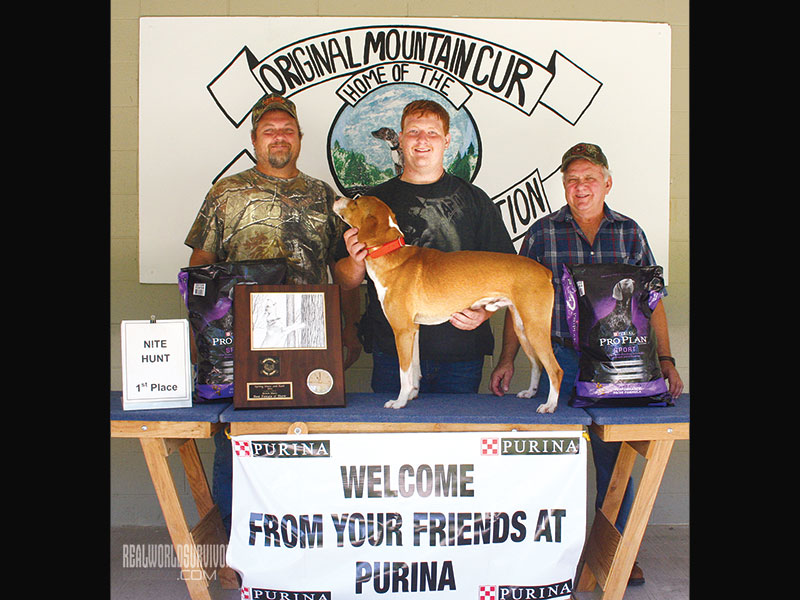 7 of 11
Photo by Linas Cernauskas photo
2014 Winner
Mick’s Mt. Bob, winner of the June, 2014 ’coon hunt! Pictured in the middle is Brother Edwards. Edwards is flanked by his father Tracy (left), and Carl Smith, co-owner. 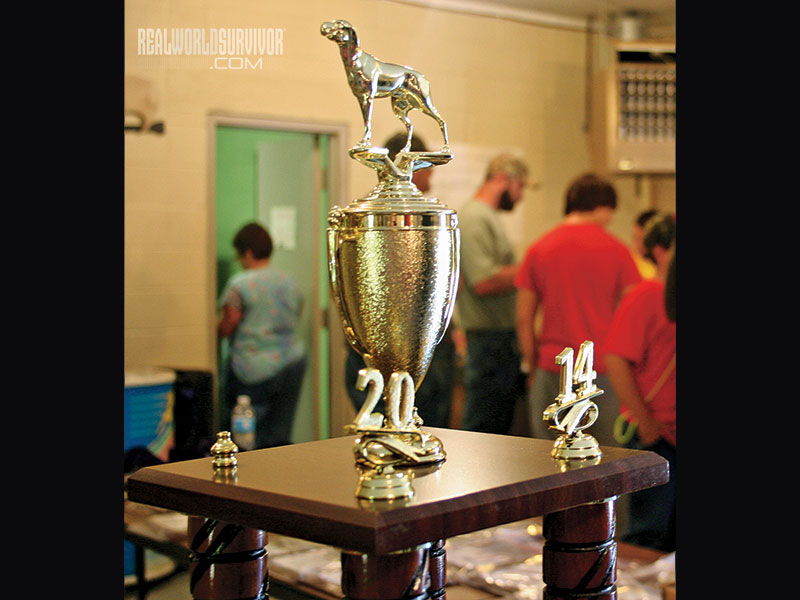 8 of 11
Photo by Linas Cernauskas photo
Bring Home The Trophy
Now there is a trophy to write home about! 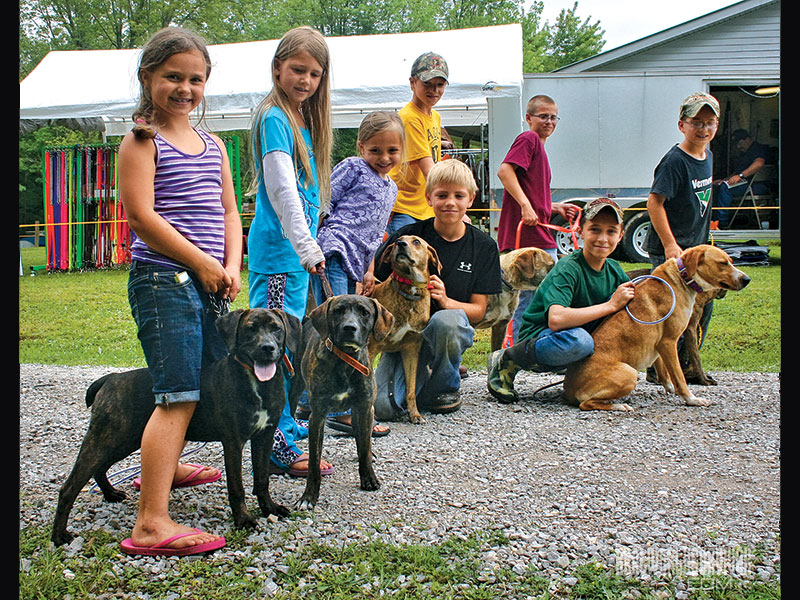 9 of 11
Photo by Linas Cernauskas photo
Great With Kids
Want a solid friend for your child? An eager-to-please Mountain Cur is tough to beat. Get kids heavily involved with training duties! 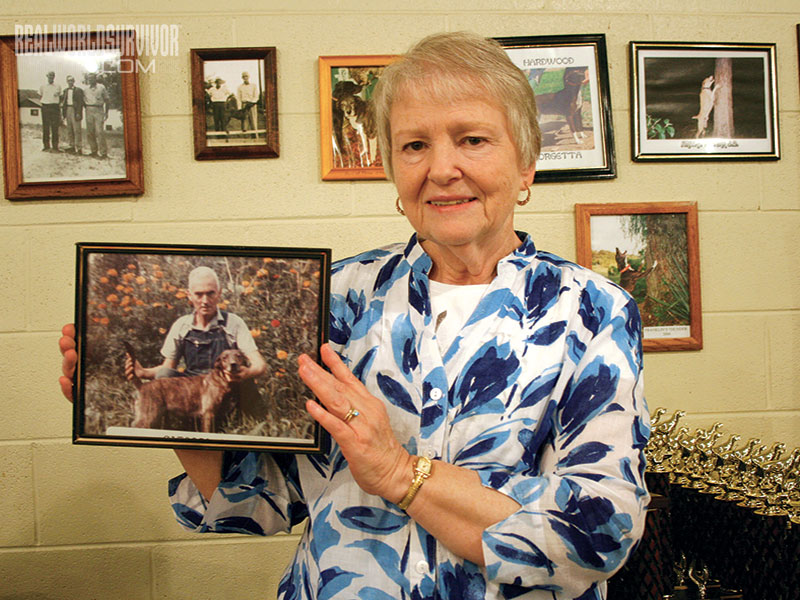 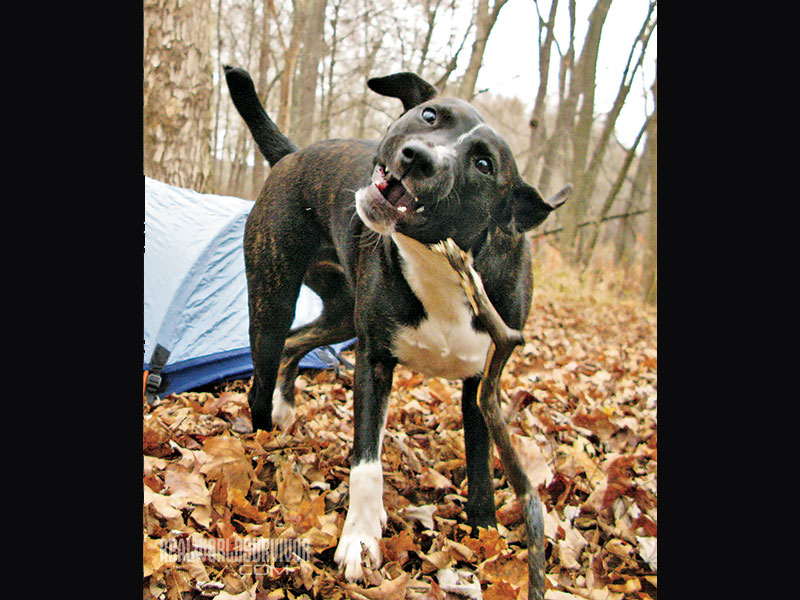 11 of 11
Photo by Linas Cernauskas photo
Frontiersman’s Companion
The Mountain Cur born and bred in the rugged hills of Tennessee, Georgia, Kentucky and the Carolinas. 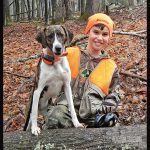 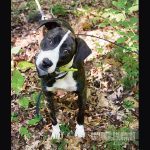 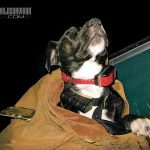 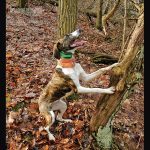 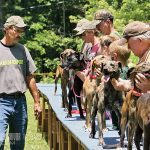 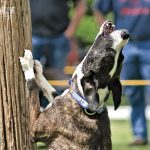 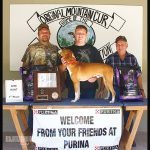 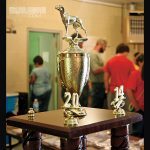 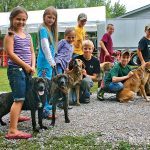 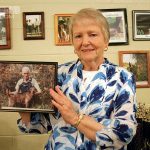 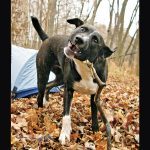 What do you think is the greatest contribution to mankind from the American Southeast? Is it fried chicken, bluegrass music or William Faulkner? Maybe you are thinking Low Country boil, Hank Williams or NASCAR? In the world of dogs there can only be one answer, however, and that is the Original Mountain Cur.

The Original Mountain Cur is an American classic and a national treasure. It is a dog born and bred in the rugged hills of Tennessee, Georgia, Kentucky and the Carolinas. This dog was tempered in the fire of the eastern frontier and survives to this day as a loyal friend and magnificent hunting dog. You can now find proud Mountain Cur Dog owners all over the United States and many foreign countries.

The Original Mountain Cur Breeders Association (OMCBA) is the premier group promoting the modern Mountain Cur. This group holds dozens of events and competition hunts each year across the U.S., during winter, summer, spring and fall. I have been meaning to make it to one of these gatherings for some time, so I jumped in the truck and traveled to Jamestown, Tennessee, for a recent event.

The OMCBA clubhouse and property are just down the road from Jamestown. The clubhouse itself is first class and very spacious with long tables to seat and feed dozens of hunters. Add a large kitchen on one end with some wonderful folks dishing out, among other things, maybe the best sausage gravy that you have eaten in your life and already you have the makings for something special. There were also the 200 to 300 attendees, half of which brought their Mountain Curs with them.

Friday and Saturday, the OMCBA had a competition squirrel hunt, coon hunt, bench show, treeing contest and a dash race. There was also a youth squirrel hunt on Saturday. This group knows where the future of its sport and the Mountain Cur breed lies, and it does an excellent job of promoting its youth programs.

If you want to dig a little into your American history, this courageous and intelligent dog had a part in it. The settlers that crossed the Alleghenies and the Appalachians needed a dog to help them survive in the wilderness. The Mountain Cur dog was there. Smart, tough, loyal, courageous and absolutely game crazy, this dog was exactly what a frontiersman needed. The Mountain Cur treed and bayed game for food and pelts, guarded the homestead with its life and was as valuable to the settler as a flintlock rifle. More than one account has been recorded of pioneers moving from one settlement to another with Cur puppies in saddlebags to ensure they would have this valuable tool for their survival.

The exact origin of this dog is shrouded in the mists of time. Some say the first settlers to the New World brought mixed Cur-type dogs with them and these dogs may have been crossed with a dog that the Native Americans already had here in America. The Spanish explorer Hernando de Soto is also reported to have brought some brindle-colored, bob-tailed dogs with him to America.

Regardless of its early origins, by the middle of the 20th century, the Mountain Cur was an established breed of its own. During the 1940s and ’50s, many people in the rural south were moving to cities for jobs, and less people on the farm and in the mountains meant less people keeping Mountain Cur dogs, causing their numbers dwindling during this period.

A.D. “Dewey” Ledbetter was a dedicated Mountain Cur devotee who worked tirelessly to perpetuate the standards of this breed. Along with Carl McConnel, Hugh Stephens, Riley Daniels and others, he formed the OMCBA in 1957. I had the pleasure of getting a Mountain Cur dog history lesson from Helen Hoover, A.D. Ledbetter’s daughter, while at the Jamestown event.

Interest in the Mountain Cur dog has exploded in recent years, as OMCBA President Carl Smith told me. He is also a prominent breeder of Mountain Cur tree dogs. Smith was the breeder and owner of Smith’s Streak, a Mountain Cur that will forever be an icon in the Cur dog hunting world. It should be noted that Smith’s Streak appears in the pedigree of many modern Mountain Cur champions.

Many hunters want a smart, easy-to-handle canine to squirrel and raccoon hunt with, Mountain Curs are that and also make a great family dog. This was evident at the Jamestown gathering as everywhere you looked there was a kid with a dog. In the outdoor world, friends and neighbors, it doesn’t get much better than that. If you want to introduce a young person to hunting, squirrel hunting with a dog may be the home run you’ve been looking for.

If you have not been squirrel hunting with a dog, you need to find out what you have been missing. Kids and new hunters usually find it fascinating. What’s not to like? You stroll through the woods on a glorious fall day. The kids don’t have to be quiet, sit still or any of the other things about hunting that children don’t like. Next, they get to watch the antics of some lively canine companions. When the dogs bark, the young hunters get to do some shooting in a relaxed, no-pressure scenario. It’s the best way I know to take a person hunting for the first time.

I hope to get back to Jamestown for the next hunt. I may just take my little Mountain Cur, Dotzie, and see how she stacks up with her kinfolk down in Tennessee. For more information, visit omcba.homestead.com. 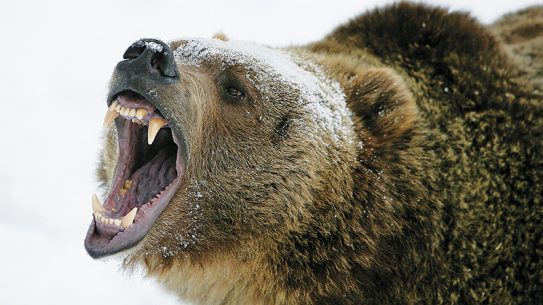 Not for the Nervous: 10 Horrifyingly True Survival Stories

These people can say, "I survived," after experiencing life-threatening situations.