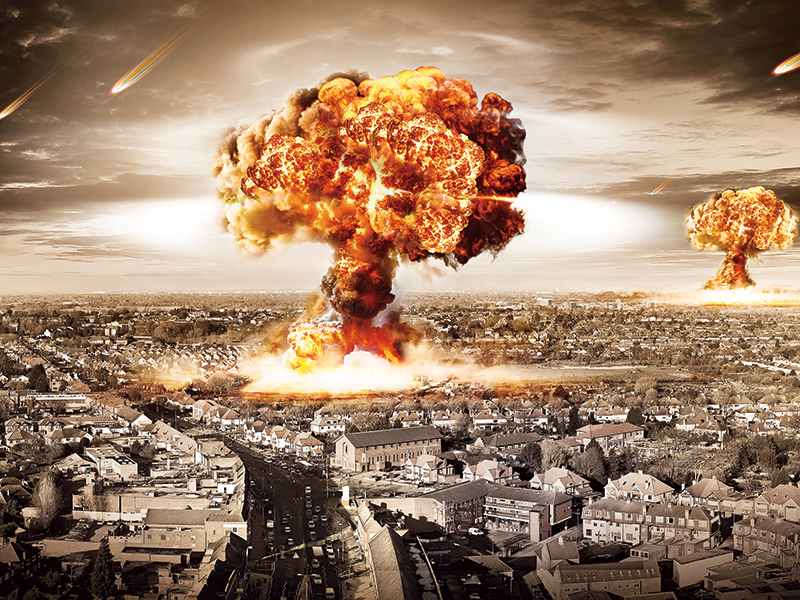 Photo by Shutterstock
The legitimate threat of attack by weapons of mass destruction (WMDs) remains higher than ever.
Comment(s)

During the Cold War, the constant threat of nuclear annihilation stood like a specter behind every aspect of life. That the United States and the USSR would be staring each other down over a pair of nuclear rifle sights 24/7 was an unfortunate given. Then Ronald Reagan entreated Mikhail Gorbachev to tear down his wall and everything changed.

For a while, it did indeed look like everything would be peaceful. However, fanatical terrorists soon filled the apocalyptic void left vacant by the Soviet economy’s implosion. Nowadays, the legitimate threat of attack by weapons of mass destruction (WMDs) remains higher than ever.

Hostile countries are in the process of developing nukes or already possess them. Add to this that portions of chemical weapon stockpiles around the globe have become unaccounted for and you have fertile ground for truly bad things to happen on a massive scale. But as terrible as this scenario may seem, there are ways to prepare to ensure that you and your family make it out alive.

The world has really forgotten how truly horrible nuclear weapons can be. These weapons have only been used twice, and both results were child’s play compared to what more modern designs would produce. The first bomb used on Hiroshima used uranium-235 and it almost fizzled. Of the 165 pounds of fissile uranium onboard, only 0.6 grams actually transformed into energy according to Einstein’s Theory of Relativity. That is about the weight of a paperclip or a dollar bill. This reaction still produced the equivalent blast force of 15,000 tons of TNT and killed 70,000 people instantly. The subsequent plutonium bomb burned a full gram of the vile stuff and produced the equivalent of 22,000 tons of TNT. Modern designs, however, are significantly more efficient.

A nuclear device detonated in a populated area kills through its immediate blast effect, heat and fallout. If you are above ground and too close to the bomb when it detonates, there is just nothing to be done about it. It just wasn’t your day. The subsequent heat released will create firestorms that, while undeniably horrible, are at least easy enough to understand. Fallout is the persistent component of these filthy fissile designs wherein tiny particles of radioactive material combine with atomized dirt and debris to saturate an area downwind of the initial blast site. Getting this stuff on you or breathing it in contaminates your body with radioactive material that can cause burns and radiation sickness in the near term and a veritable cornucopia of cancers downstream.

To guard against radioactive fallout, you just don’t want to get any of it on or in you. Impermeable outer clothing that can be sealed when worn and then safely discarded, combined with a quality protective mask, is about all that can be reasonably done. Wash exposed skin with uncontaminated soap and water as soon as possible. Discard contaminated clothing and equipment in such a way as to minimize your contact with it. In a pinch, rain gear sealed with duct tape will do.

Chemical warfare agents are some of the most toxic compounds known to man. Tiny amounts of this wretched stuff on exposed skin or inhaled can quickly kill you. While there are plenty of variations, nerve, blood and blister agents are the most common types of chemical weapons.

Nerve agents are a class of phosphorus-containing organic agents called organophosphates that work by interrupting the pathways by which the brain communicates with various organ systems. These sinister compounds were actually developed as part of insecticide research by the Germans in 1936, and a variation on this theme drives most modern insecticides. There are two broad categories called “V” and “G” agents, and there are antidotes available. However, these antidotes are not commonly stockpiled for civilian use, and they carry substantial risks in their own right. Basic precautions against all chemical agents involve keeping it off of your skin and avoiding ingesting or inhaling it. Doing so requires impermeable clothing and a proper gas mask.

Blood agents are poisons pure and simple, and are typically based upon arsenic or cyanide. They are disseminated via aerosols. Protecting yourself involves using a good gas mask. You wouldn’t want to get any of these bloodborne agents on your exposed skin, either.

Some chemical agents are persistent enough that certain areas of Europe are unusable even today, a full century after their employment in World War I. A mayonnaise jar full of VX nerve agent upended in the ventilation system of a subway, from atop a tall building in a city or at a packed sporting event would create havoc literally beyond measure. WMD proliferation is a much larger problem now than it ever was during the Cold War and the probability of an attack grows by the day. As with most things, the wisest approach when faced with something truly horrible is to be educated and prepared.

This article was originally published in the SURVIVOR’S EDGE™. Subscription is available in print and digital editions here. 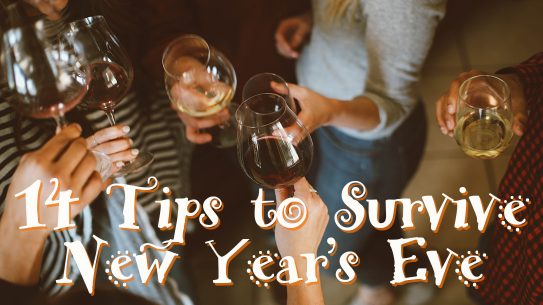 There are millions of parties being hosted on New Year's Eve and things can...