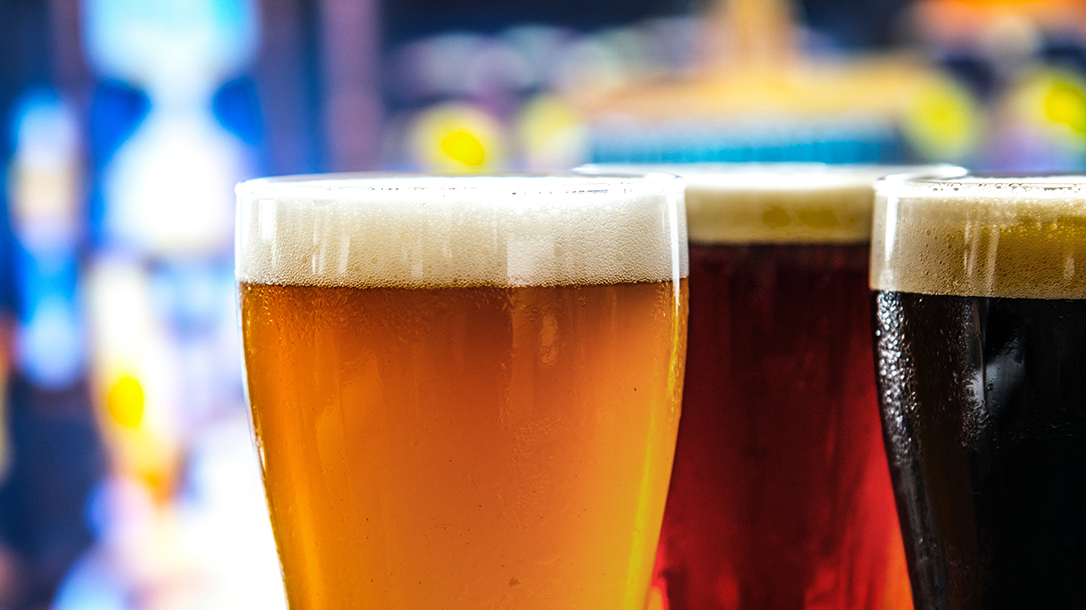 Photo by Upsplash
Many flavorful beers can be made from nature: bark, pine needles, and roots
Comment(s)

When I ask people what they think the core ingredients of beer are, most think of hops first and those with some understanding of modern brewing throw in malted grain. While it is true that the vast majority of modern beers contain hops and grain such as barley, wheat or rye, people are often surprised to learn that grain and hops were not always used in historical brews. The beer we drink today, even the most experimental of craft brews, bears little resemblance to what historical beers would have tasted like with their more diverse flavors.

To grasp the alternatives to modern beer, we must first understand the use of its ingredients:

History of These Ingredients

There is a lengthy, thorny history behind the reason these four ingredients (and occasional additives) are assumed today to constitute beer, but the 1516 German Beer Purity Law, or Reinheitsgebot, started it all. One phrase of this decree for setting pricing and marketing standards stuck and eventually infiltrated much of the beer-brewing world: “the only ingredients used for the brewing of beer must be barley, hops and water” (yeast was later added). To be fair, these ingredients make for many an excellent beer, particularly when combined with the rigorous standards of cleanliness and quality that came to be associated with the Reinheitsgebot. Throughout much of global brewing history, though, not all of these ingredients were easy to come by. 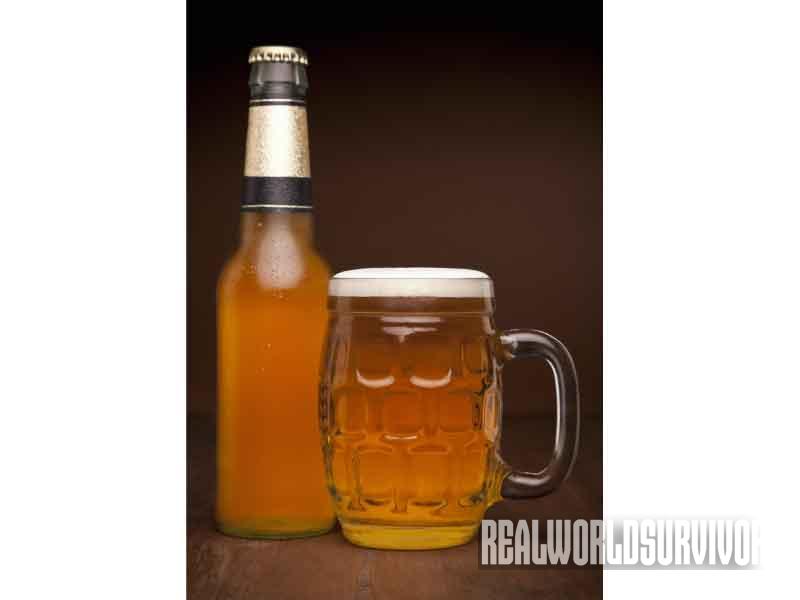 In particular, during the American colonial period, and the expansion out West, colonists had to make do with what they had for brewing beer. This wasn’t just because they enjoyed a good ale. During the perilous passage across the ocean, beer kept much better than water, and water was considered unsafe due to its reputation for carrying disease. When the first settlers arrived in North America, their ships’ holds were loaded with beer. One of the first buildings in a new settlement was almost always a brewery. Although they had occasional access to malted grains and hops from the Old World, it was rare they had enough to provide them with the vast amounts of beer the colonies required. So, they improvised.

Drawing on their knowledge of the brewing process and understanding of the types of ingredients that made for a successful brew, they got to work creating new brews. (They had a lot of help from Native Americans on the growing and harvesting of local ingredients.)

Colonial brewers often employed various wild and domesticated plants for flavoring, bittering and preservation. Since they knew that sugar and yeast were the core ingredients they needed to create an alcohol fermentation, they either utilized the wild yeasts existing on the fruits, flowers and leaves of most plants, or used yeast starters (often referred to as barm) that they had saved from previous batches.

Although natural sources of sugar, such as honey, could be found in the wild, many written recipes from the period call for molasses, a byproduct of refined sugar production. Molasses had become so ubiquitous by the 1700s that it was standard fare for cooking and brewing, and readily available from merchants. The darker the molasses, the higher the nutrient content, and thus, the stronger the flavor. For brewing, dark molasses such as blackstrap can be blended with brown sugar or lighter molasses for a more palatable flavor.

In poring through old cookbooks and brewing books, I’ve discovered all manner of ingredients for beer. Details are often lacking, though. After some trial and error, I’ve come up with a few recipes that work well. Keep in mind that this is not modern brewing. The processes and equipment are rudimentary and the flavors are different than what you might expect. I like to call these “simple ales” or to better align with modern taste expectations, think of them as hard sodas. If you’re a beer brewer and are familiar with homebrewing technique, I’ve also provided some dry malt extract (DME) alternatives.

You will see that the process for brewing these beers is quite simple. While you can make great beers using modern homebrewing techniques, all that is really required is some basic kitchen equipment and ingredients you can grow or forage wild. With a little knowledge of the flavoring and preservative qualities of edible botanicals, this is just the tip of the iceberg. Each of the recipes I’ve provided offers a good starting point for more complex brews. For instance, why not brew a beer with both oak bark and spruce tips for their combined bittering and citrusy flavors and throw in a bit of ginger for its bite? When you’re done experimenting, there’s nothing wrong with enjoying an IPA or Reinheitsgebot-approved lager.

The root beer soda we enjoy today has its…well, roots, in traditional beers that were made from all manner of roots. Although ginger was commonly used, you can use roots from plants such as burdock, dandelion, sarsaparilla, and sassafras. You can also flavor it with all manner of additional ingredients, such as cinnamon, allspice, clove, coriander and various other spices, herbs and roots.

Directions: Bring water to a boil and stir in sugar (or extract) until fully dissolved. Bruise fresh ginger root and drop into the pot; add lemon juice. Lower the heat to medium-low and shut it off after half an hour. Allow to cool to 70 to 75 degrees Fahrenheit or warm to the touch.

To ferment and bottle: Strain out solids and pour through a funnel into a 1-gallon glass jug. Add yeast. Insert an airlock (a balloon or loose-fitting lid will also work; just be sure you allow the CO2 that fermentation produces to escape). Bottle once fermentation is complete (about two weeks), adding a pinch of sugar into each bottle for carbonation. Store bottles in a cool area for 3-4 days, refrigerate, and open (carefully).

Nearly all conifers have edible needles, and most deciduous trees have edible bark, leaves and twigs. Please take care when foraging to understand fully what you’re doing. Never harvest in heavy-traffic areas, and be sure the tree has never been sprayed. Conifers such as Western Ponderosa Pine and Southeastern Loblolly Pine are purported to be toxic, but any conifer needles can be toxic if ingested in extremely large amounts (pregnant women should avoid them altogether). You will be using very little for brewing.

The best needles for brewing are those harvested in the spring. Gather several of the tips (the bright green new-growth ends of a branch). These will have much stronger flavors than late-harvest needles. Avoid “topping” young trees, as you will stunt their growth. When harvesting bark, use the inner bark (cambium) for flavoring and a small amount of the outer rough bark for bittering. Never take too much from one tree and avoid removing bark from the entire circumference, as you will be cutting off the tree’s food source. Amounts to brew with will vary by factors such as the season when harvested and taste preferences. Start small and add more to the next batch if you want more flavor.

Spruce was often used as an alternative to hops to ensure beer “kept” during long sea voyages. Once it was discovered that it helped prevent scurvy (due to its high levels of Vitamin C), it became a necessity. The legendary explorer Captain Cook was one of the first to discover this, and documented his personal spruce beer recipe in his journal. Ben Franklin and other founding fathers also passed down spruce beer recipes, as did many writers of the time.

Bring water to a boil and stir in light molasses and brown sugar blended with dark molasses (or malt extract) until fully dissolved. Shut off heat and add spruce tips. Let cool, strain, and follow steps for fermenting and bottling ginger beer.

Like roots, bark was a common ingredient in traditional beers. Oak, birch and willow were all common barks to brew with.

Bring water to a boil and stir in light molasses and brown sugar blended with dark molasses until fully dissolved. Shut off heat and add 4-5 oak bark chips at around an inch or two in length. Let cool, strain, and follow steps for fermenting and bottling ginger and spruce beer. 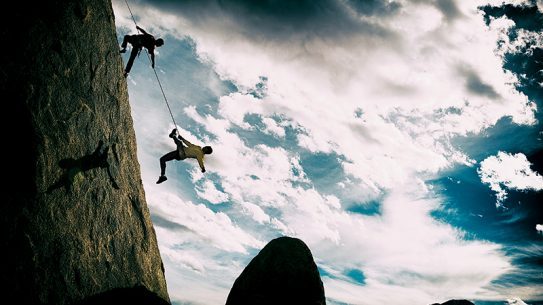 Prep for the Treacherous Heights of Mountain Climbing

Mountain climbing can turn deadly for the unprepared! Know what to expect and what... 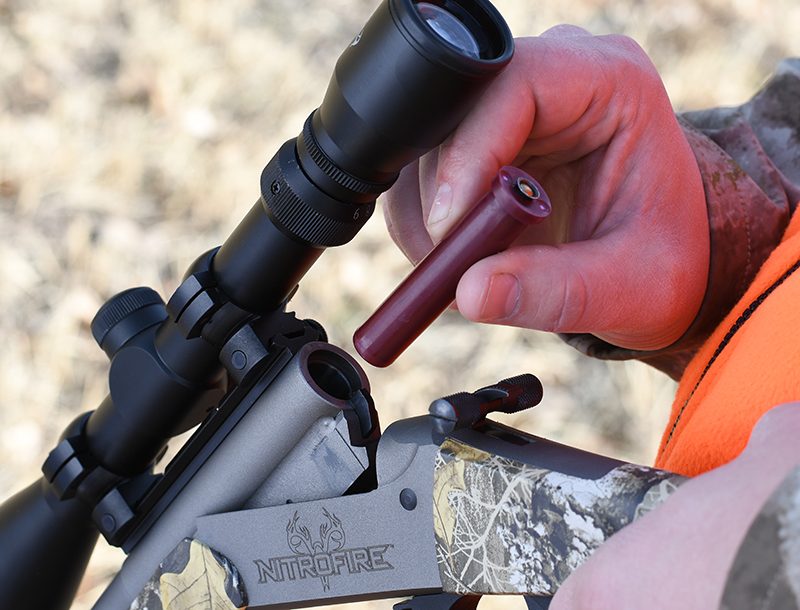 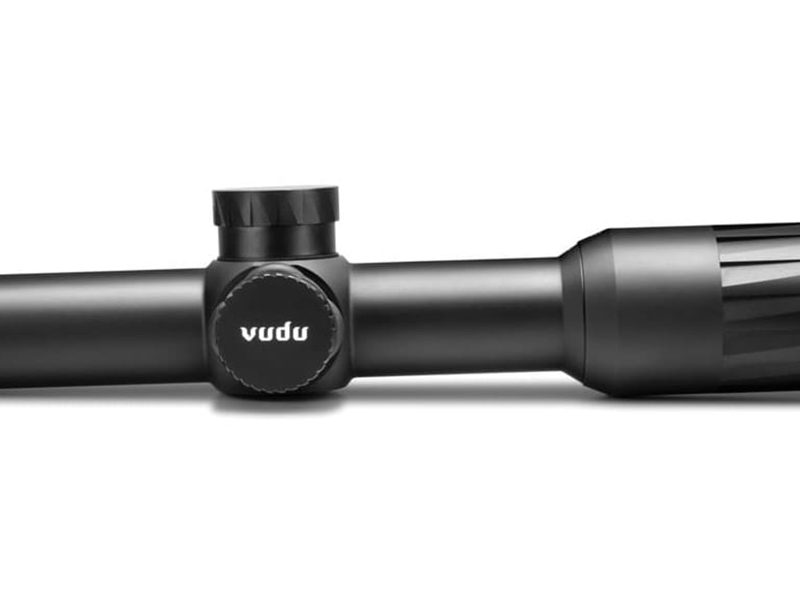