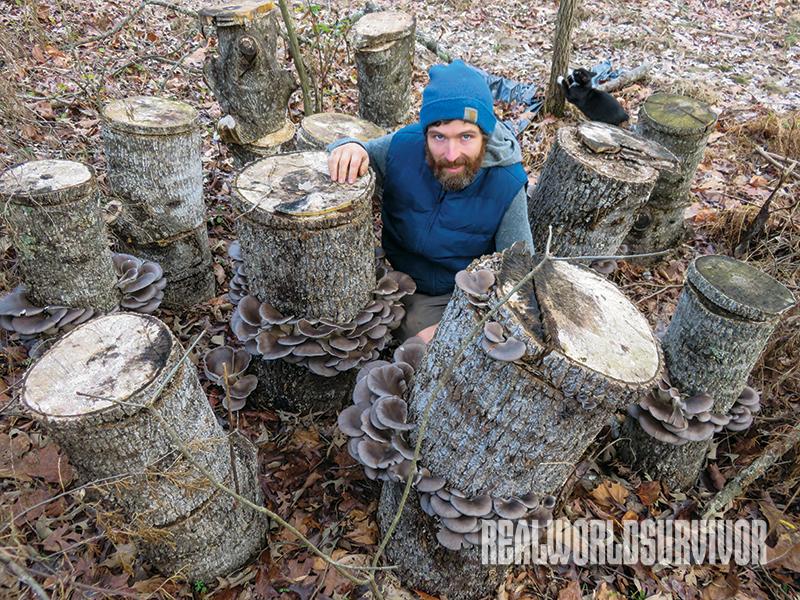 1 of 5
Swap Livestock for Mushrooms to Produce Protein and More!
The author with a nice flush of oyster mushrooms. These totems will flush several times in a year. 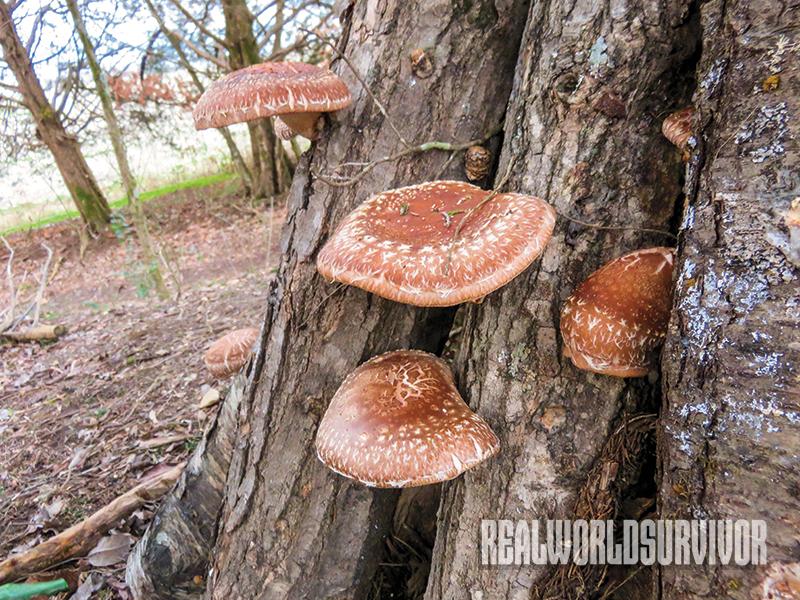 2 of 5
Swap Livestock for Mushrooms to Produce Protein and More!
Cold-weather shiitakes do not need to be dunked in water. They self-fruit after the first real cold snaps of fall. 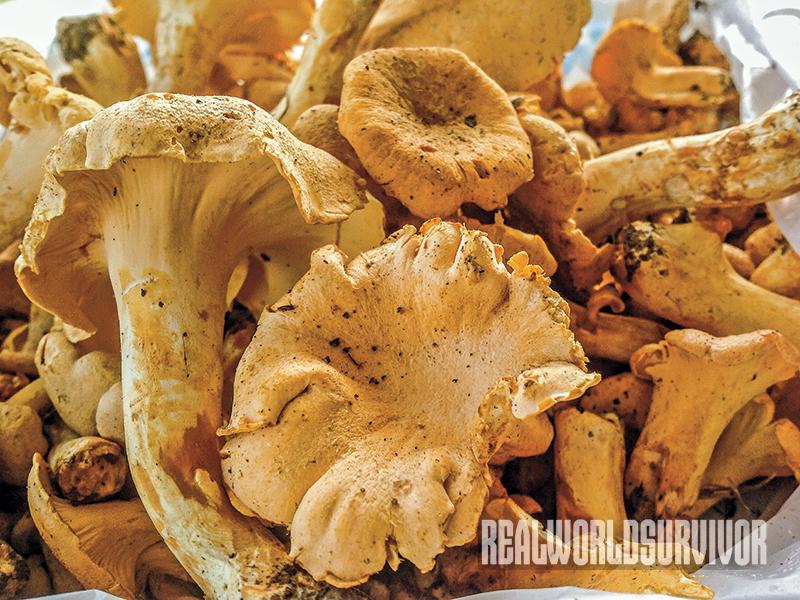 3 of 5
Swap Livestock for Mushrooms to Produce Protein and More!
A basket full of chanterelles encouraged by the author and ready to be cooked. 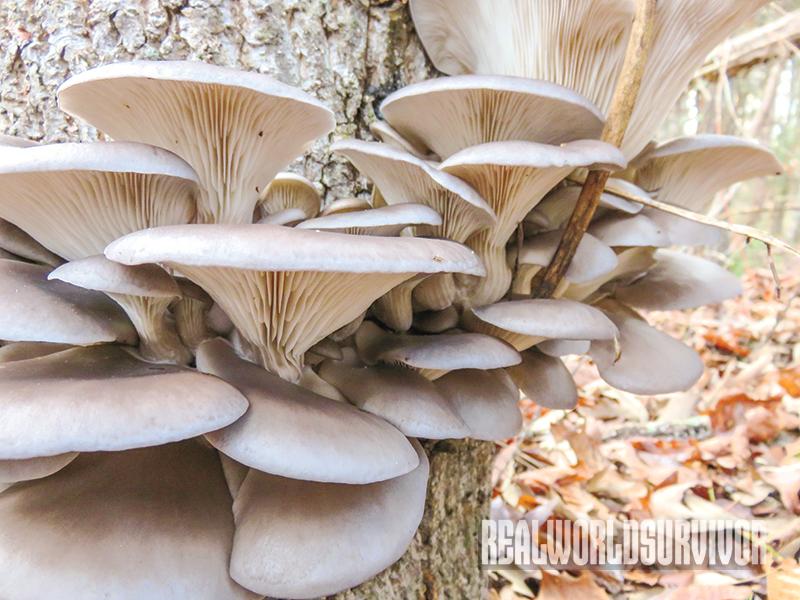 4 of 5
Swap Livestock for Mushrooms to Produce Protein and More!
Blue dolphin oyster mushrooms fruiting on totems only four months after inoculation. 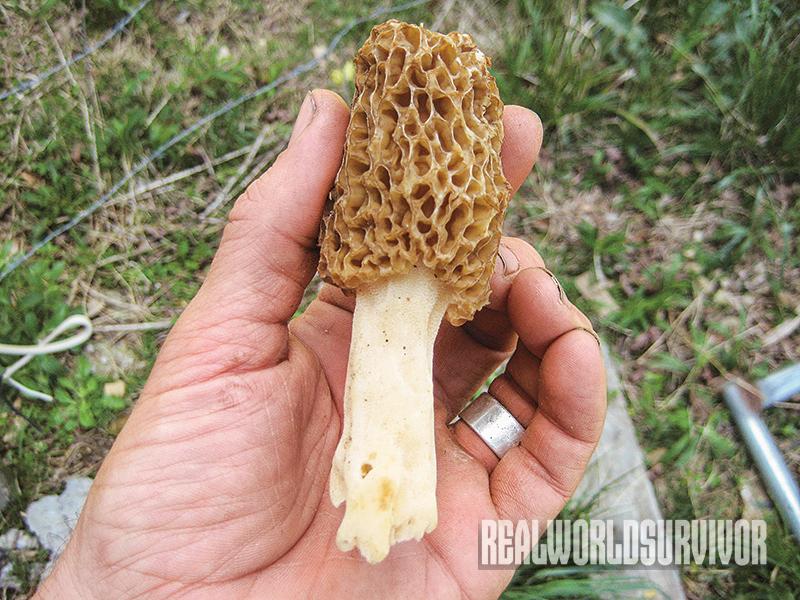 5 of 5
Swap Livestock for Mushrooms to Produce Protein and More!
Wild mushrooms like this morel can be easy to encourage if you follow the rules. 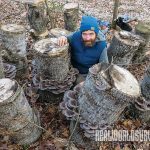 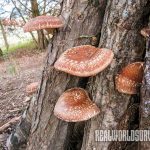 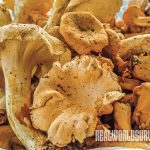 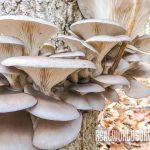 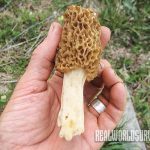 Animals breathe life into farms, no doubt about that. They provide manure, increase fertility and turn forage into food. But they also require significant time, space, water and energy to maintain. So although livestock have a lot to contribute, they may not always fit the farm or the farmer. That is why mushrooms, which can fit about anywhere and any farmer, may be a nice alternative to livestock. In fact, they may be the perfect alternative. Fungi are animalistic by nature—they consume organic matter and turn it into protein and fertility. Moreover, fungi can thrive where many livestock cannot—in tighter spaces, in darker areas, under trees or on rooftops.

Unlike livestock, mushrooms give you several harvests. Then when the logs or substrate become spent, worms will happily turn them into beautiful compost, just as they would manure. In short, mushrooms do many of the same tasks as farm animals, but they do it more on your time. It is for that reason, be it for the hobby farmer, the professional grower or the urban homesteader, that mushrooms can make a lot of sense, starting with the reason most people raise animals to begin with: meat.

Mushrooms are known primarily for their health benefits, particularly their anti-fungal, antibacterial and anti-cancer compounds, as they should be. But they also contain a fair amount of protein. As Tradd Cotter writes in his Organic Mushroom Farming and Mycoremediation, “Over a fourteen-week period, oyster mushrooms produce almost double the amount of protein as free-range chickens.” 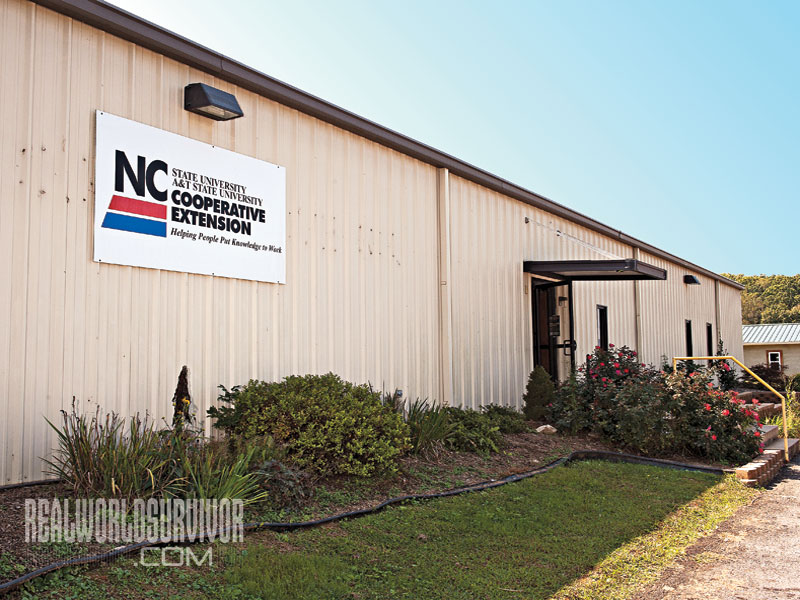 Tips For Growing Mushrooms At Home

It would be false, however, to suggest the protein in mushrooms is the same as that of meat. One ounce of meat (generally speaking) has 7 grams of protein, whereas it may take three cups of mushrooms to achieve that amount. And unlike most meats, mushrooms don’t have all the amino acids needed to make a complete protein (though serving them with vegetables compensates for this).

That said, mushrooms do contain more protein than your average vegetable, protein that is less fatty with fewer calories per serving than meat. So not only is the protein there, but also in a healthier form overall for some customers, and a more affordable one for many farmers.

When you break down the differences between mushroom production versus livestock, mushrooms have at least one immediate advantage: startup costs. If you have a chainsaw, a drill and a 5/16-inch drill bit, the only other things you may want to buy are a palm inoculator, wax, straw, opaque bags and the spawn itself, as this will cover both log or bag production. There are plenty of other useful tools you could acquire, of course, including an angle grinder instead of a drill, specialty drill bits, tarps or blankets for winter and summer production, etc. But most of us already have a lot of what is required to produce mushrooms sitting in our garages.

By contrast, with any livestock, your startup fees are going to include fencing, waterers, feeders and feed or hay (or both), at a bare minimum. Add to that upkeep, transport, tags, shelter, the animals themselves and it gets pricey. Any number value I attribute to that would be arbitrary, but in my experience just about everything you would need for mushroom production combined costs less than most fencing needs alone, whether it’s portable electric or otherwise.

To break costs down further, one could say that each shiitake log, for example, currently costs around $1 in spawn, and maybe $5 in labor over time, equaling $6 total. That log will then produce roughly 2 to 4 pounds of mushrooms in its lifetime, which sell at present for roughly $15 per pound. That means for every $6 you invest, there is a profit potential between $20 to $50 per log.

Now I know some savvy farmer out there is doing the math and thinking, “Well, a feeder pig can earn $1,500 or more in a year from a $100 investment.” But it could be argued that the labor is higher for pigs, the space required is higher, the infrastructure costs are higher, not to mention the costs of feed and processing. There are profitable livestock systems, but perhaps few are as profitable right out of the gate as mushrooms.

When it comes to keeping livestock, one of the biggest hurdles for small farmers is finding a nearby processor, especially if you want to sell at market. Market sales require—in most states, and for most animals—that the processor have a USDA inspector on hand. Then, of course, there is the challenge of physically loading and transporting the animals to said processor, followed by the requisite fees—a “kill fee” and price-per-pound fee, and perhaps others.

Mushrooms, on the other hand, are harvested and immediately ready for market or consumption. Moreover, although refrigeration helps preserve fresh mushrooms, one can easily dry the excess “fruits” in a commercial kitchen, to be sold as a value-added product or as a nice addition to the farmer’s own winter soups. Adding value to meat—drying or processing—often requires a whole other round of hoops through which the farmer must jump. Mushrooms, by that measure, can easily be done off-grid and sans hoops.

Whenever you take a pig or cow to slaughter, you do not get to take some of the meat now, some later. Generally speaking, you get all the meat at once. Of course, that’s fine for some, and if you’re selling it or sharing it, maybe you already have an outlet. But the quantity of meat may easily overwhelm your freezer space. The “meat” from mushrooms, however, comes in bursts.

Whatever you grow your fungi on will create all of its mushrooms over several months or years, unlike a hog, which can easily create 200 pounds all at once. Not that you can’t wind up with excess mushrooms, just that those excess mushrooms can be generally dried, pickled, made into stock or just eaten in a much more manageable fashion during a busy season. And storing excess mushrooms takes significantly less space, infrastructure and energy than excess meat.

As factory farming has no doubt taught us, livestock don’t exactly thrive indoors. In fact, they downright suffer there. Many mushrooms, however, welcome the climate. Buttons, shiitakes, oysters and portobellos all can be grown indoors so long as proper humidity, temperature and gas exchange levels are met. This may come in handy in the city where room is lacking, animals are desired, but all you have is a basement.

Indeed, some small farmers utilize pigs or chickens inside their gardens to till, while others may use ducks to help pick off slugs, which is great. But few animals can be raised right alongside your vegetables without damaging them and making them more productive the way mushrooms do. According to Paul Stamets in Mycelium Running, “Using fungi in the garden increases yields, reduces the need for fertilizer, and builds soil structure for the long term.” Indeed, mushrooms may be the only “animal” you’d actually like to find in your tomatoes.

Unlike livestock, mushrooms can easily be stacked vertically on top of one another, so 20 or more logs take up only a 4-by-4-foot space. These stacks can also be packed into corners, crevices, isles and even closets. Then, for fruiting, one 44-by-8-inch log will only take up 2.5 square feet, even when spread out. If you’re using straw or other substrates, they can also be hung in high tunnels or shoved underneath porches. If you are an urban farmer and you have already utilized all of your outdoor space for growing veggies, look at all the places they won’t grow and think mushrooms.

Once a mushroom log or substrate is entirely spent, all that remains is some mycelium and carbon. But when mixed in with some soil and/or other nitrogenous materials—grass clippings, plant residue, etc.—a beautiful compost can be made. Worms love the fungi residue and will happily turn it into fertile soil to be used on the garden. Of course, animals create fertility as well, so it is not necessarily an advantage mushrooms have over animals so much as an important reason to keep at least one or the other (or both, but we’ll get to that). 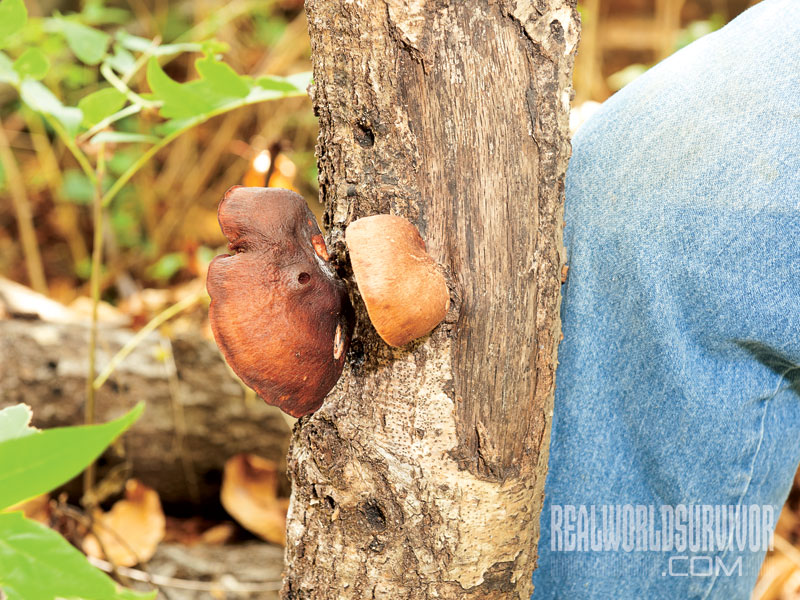 Cattle and sheep eat mostly grass, grains, some tree leaves and briars. Goats eat grass, weeds, leaves and clothing. Mushrooms, by comparison, eat all of those things—yeah, even clothing—and more. Depending on the strain and what it likes, mushrooms can be grown on straw, compost, cardboard, trees, newspaper, cotton, etc. When you have an animal who will turn your waste into food and compost, you have a very special animal.

Mushrooms, of course, don’t have to replace livestock. They can just as easily complement them. Mix spent substrate with livestock manure for garden compost. Let pigs “weed” forest areas where you want to create mushroom beds. Use the straw from animal grains to grow oyster mushrooms. Or just encourage wild mushrooms, like morels and chanterelles, by soaking a few that you find in saltwater for a couple days, and spreading that mixture around a tree-lined area. (Note: morels are better encouraged if this “slurry” is frozen for a year before being spread.) When you’re walking your fence checking for damage after a spring or summer storm, you can kick around in the leaves and find some wild treats. Now that’s my kind of animal.

To learn more, read Tradd Cotter’s Organic Mushroom Farming and Mycoremediation, Mycelium Running and Growing Gourmet and Medicinal Mushrooms, both by Paul Stamets, and Farming the Woods by Ken Mudge and Steve Gabriel. And take a class on identifying wild mushrooms in your area.

This article was originally published in The NEW PIONEER™. Subscription is available in print and digital editions here. 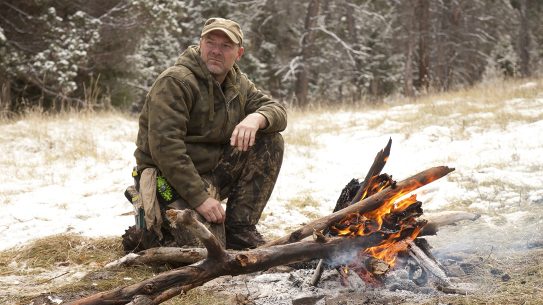 It doesn’t matter what your child grows up to be. These survival skills associated... 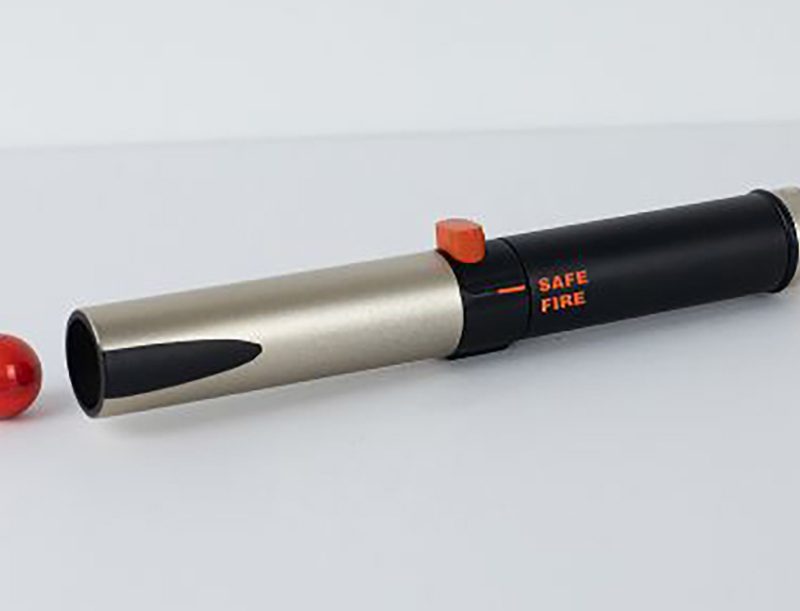