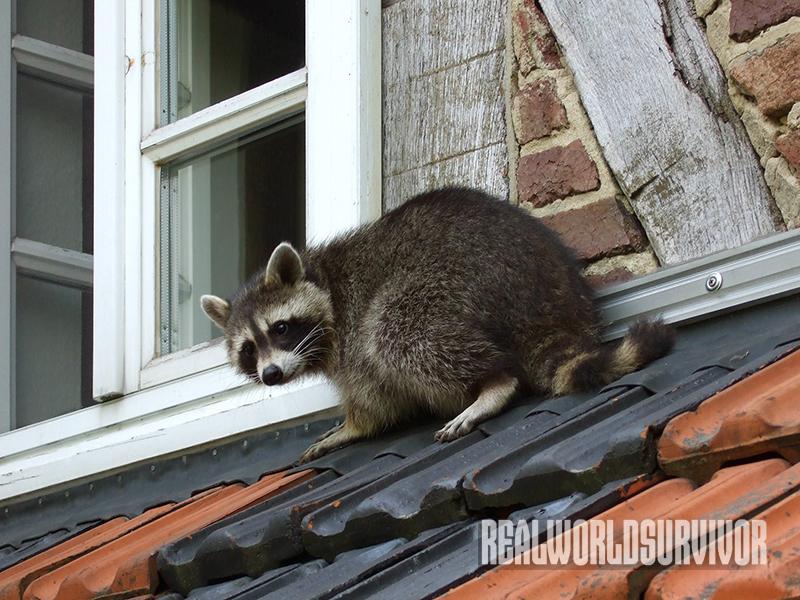 1 of 6
Racoons are amazing climbers. They don’t need a nearby tree to do their thing. Raccoons on the roof can damage siding and shingles and cause thousands of dollars in damages if they get in the attic. 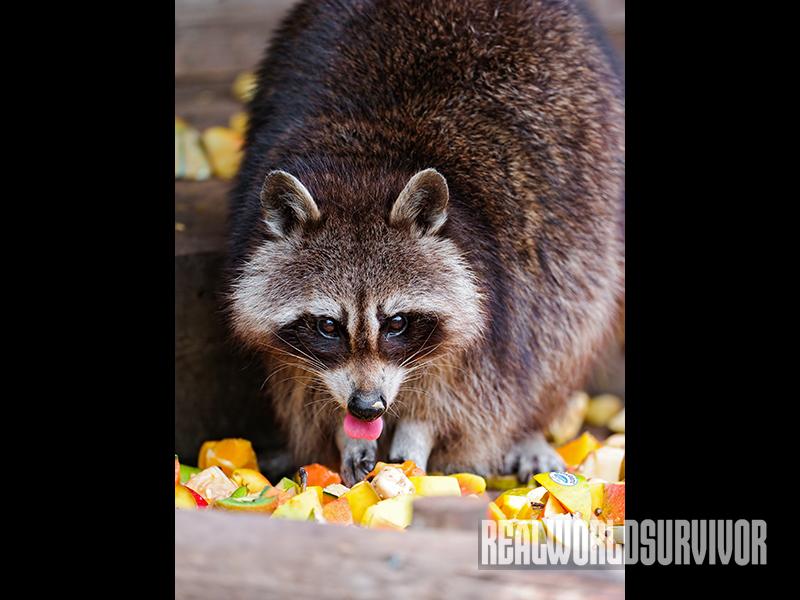 2 of 6
Besides your run-of-the-mill overturned garbage pail, raccoons can do a real number on the family garden or fruit trees. 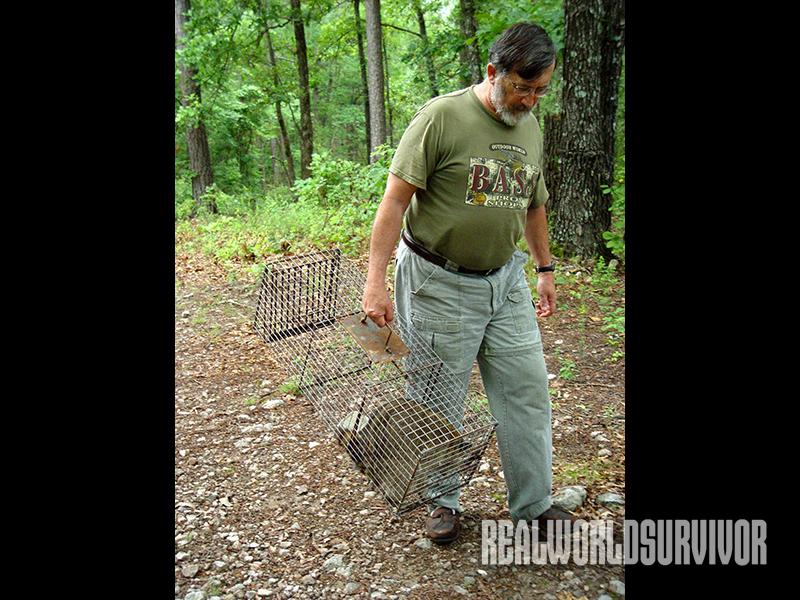 3 of 6
The author heads to pond for dispatching. 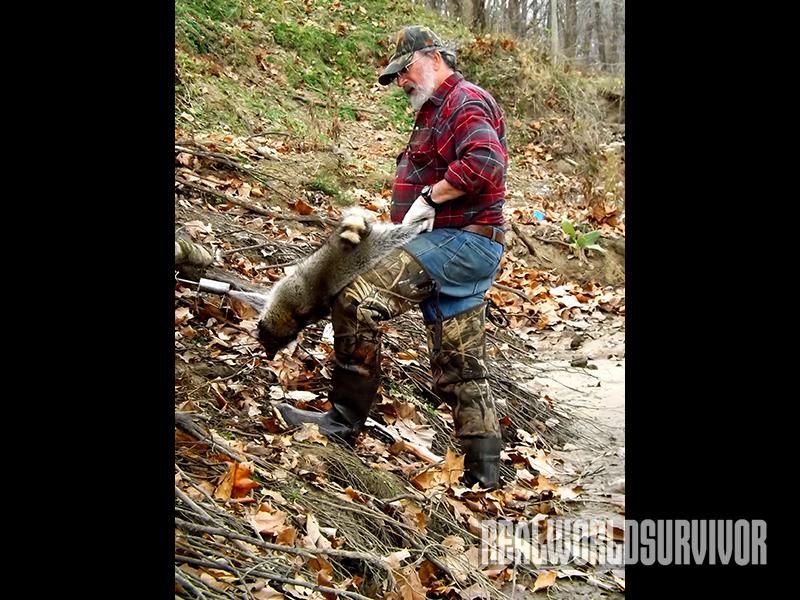 4 of 6
Jim Spencer after a successful pond set. Note, your local fur buyers may be willing to buy whole animals or “green” pelts, which are skinned but are not fleshed, stretched or dried. 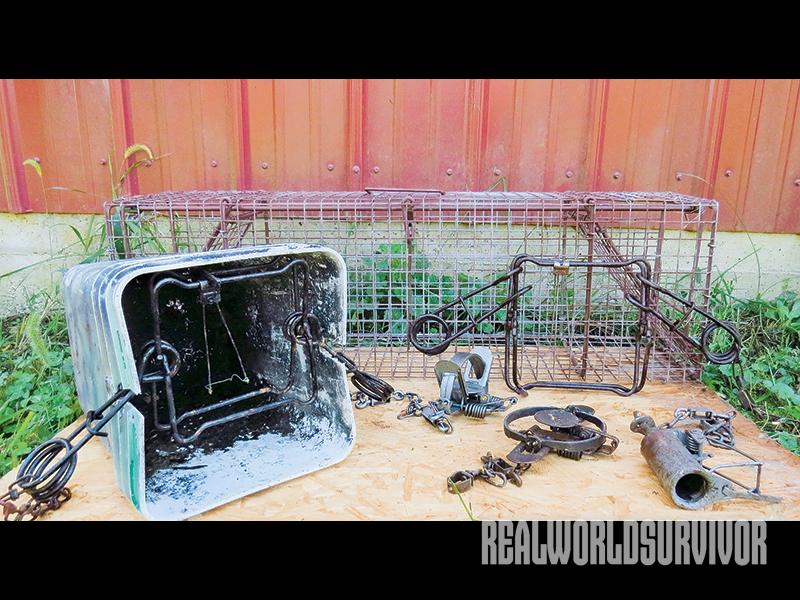 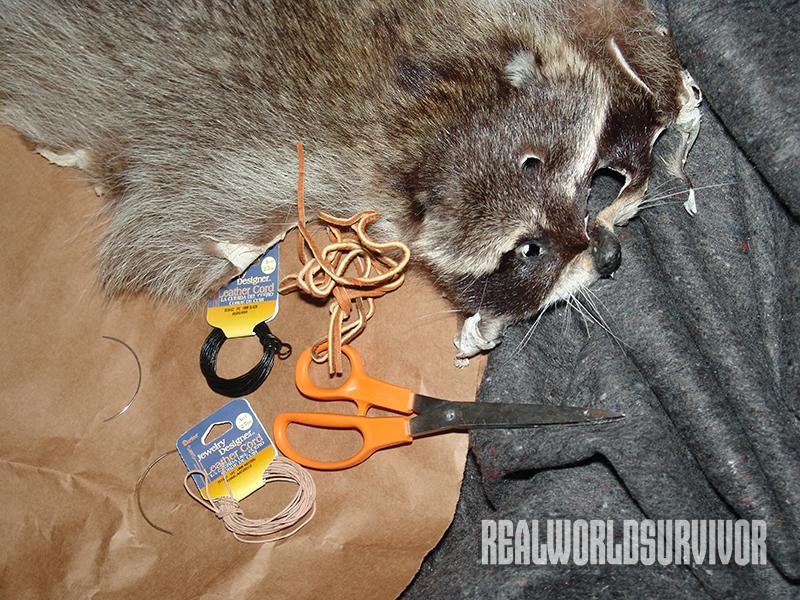 6 of 6
You can put a raccoon pelt to good use by either selling it to a fur buyer, or you can get creative and craft your own raccoon cap. 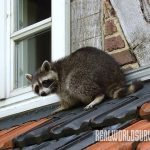 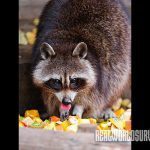 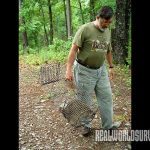 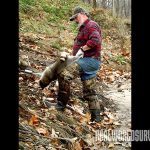 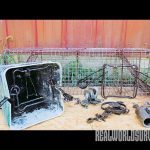 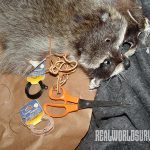 Living off the grid, or nearly so, is a lifestyle worth living. However, there are thorns among the roses of living the self-sufficient life, and one of the prickliest comes in the form of the common raccoon, or Procyon lotor.

If you’ve ever had a raccoon—or worse, a whole pack of them—invade your premises, you know the trouble they can cause to gardens, attics, porches, pets, livestock feed and storage buildings. And once they’ve found something to their liking on your property (food and shelter, usually) they keep coming back.

Fortunately, it’s not usually difficult to remove problem raccoons. They are very susceptible to trapping, and with today’s modern equipment and techniques it’s possible to trap them even if you have pets roaming around. 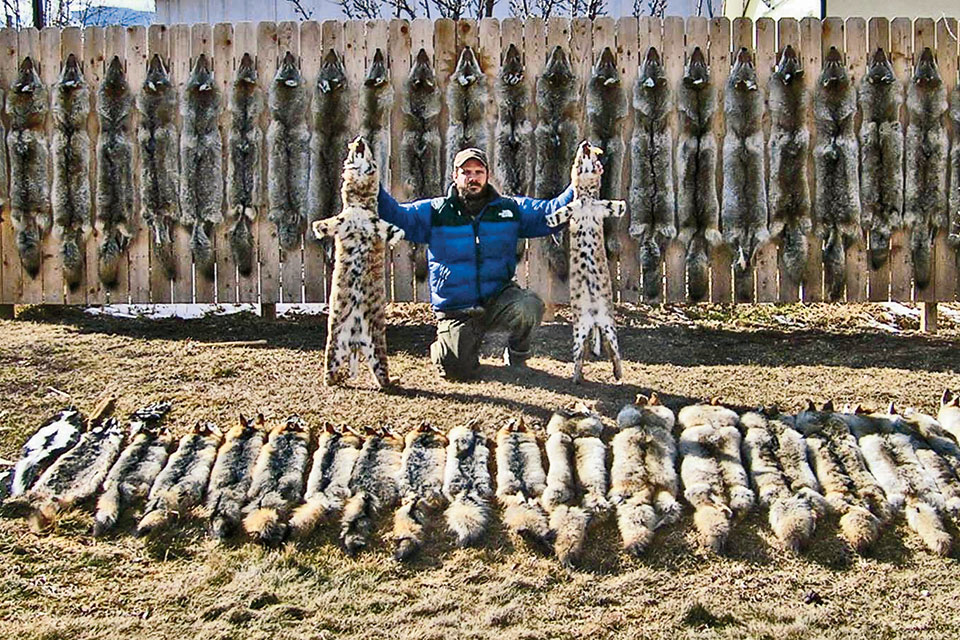 One caveat here before we go any farther: Removing problem raccoons involves killing them. Period. Trapping and relocating raccoons is not a good idea. First, unless you take the animal 20 miles or more away from your property, it’s going to be right back in your yard in a night or two, and it will be much harder to trap a second time. Second, if you relocate a problem raccoon, you’re just giving your problem to some other landowner. Third, relocating trapped raccoons is discouraged and even outlawed by many state wildlife resource agencies because of the strong possibility of spreading disease from one wildlife population to another.

Aside from the common leg-hold trap, which usually isn’t the best choice for catching raccoons in the back yard or on the patio, the homeowner needing to deal with a raccoon invasion has three options: cage traps, body-gripping traps or dog-proof traps. Run a Google search for “trapping supplies” and you’ll get dozens of pertinent hits from reputable trapping supply dealers, most of whom have both paper and online catalogs.

Once you get the hardware you need, here’s a brief rundown on each type of trap and how to use it.

This option is the safest if you have free-roaming pets, but the downside is these traps are bulky and comparatively expensive. The oldest and probably most well-known maker of cage-type traps is Havahart, but there are many, many small manufacturers, and most of them make quality products.

The proper cage trap dimensions for raccoons are a width and height of about 10 to 12 inches and a length of 30 to 36 inches. Most cage traps operate on the foot-pan principle, which means that the animal enters the trap to get at the bait, steps on a raised foot treadle and the cage door falls behind the animal, preventing it from leaving the trap.

Almost anything edible can be used for bait, but to minimize catching cats and dogs in the cages, sweet bait is usually best—grapes, apple slices, jelly and things like that. Put a few pieces of the bait in front of the trap, then put the remainder in the back, so the raccoon has to pass over the pan treadle to get at it. It’s also a very good idea to stabilize the cage trap by blocking it with deck chairs, firewood or other sturdy or heavy objects, to prevent the trapped raccoon from turning the trap over and escaping. Many cage traps fall open when turned upside down.

Once a raccoon is caught, it can be shot through the mesh of the cage with a .22 rifle or pistol using .22 Shorts, or the entire trap can be submerged in a nearby pond or stream to humanely and quickly kill the animal. Another method is covering the trap with a plastic tarp and running a short length of garden hose from a car exhaust under the tarp. Let the vehicle idle for several minutes and the raccoon will quickly and painlessly die of carbon monoxide poisoning.

This name is slightly misleading, since there have been instances of dogs getting caught in these traps, but again, using sweet baits in the traps further minimizes the already highly unlikely possibility that you’ll catch a dog or cat.

As the photo indicates, dog-proof, or DP, traps consist of a short length of round pipe with a spring-loaded mechanism that grips and holds the raccoon’s foot without causing foot damage when it tries to get at the bait in the bottom of the pipe.

Setting dog-proof traps is simplicity itself. Merely put bait in the bottom of the trap (sweet, dry cereal such as Froot Loops is excellent bait), set the trap using a long screwdriver and jab the spike on the bottom of the trap into the ground where raccoons are traveling. Secure the tap by chaining it to a tree or driving a stake into the ground and you’re done. Be sure to avoid using these types of trap where the trapped raccoon can cause damage because, rest assured, he’ll destroy everything within reach.

The most practical, effective and humane way of disposing of a raccoon caught in a dog-proof trap is by shooting it in the head with a .22 or high-powered pellet gun. The trapped animal will still have full use of three of its limbs, and it will never stand still while you arrange a tarp over it and start your car engine. It’s a humane method, but there’s going to be considerable blood, so avoid using dog-proof traps where this will be a problem.

If they’re legal to use in your state, body-gripper traps in appropriate sizes are extremely effective for catching and simultaneously killing raccoons, but caution and common sense are required here because these traps can kill dogs and cats as easily as they kill raccoons. In situations where you can keep pets away from the traps, however (such as in an attic or crawl space), body-grippers are very efficient raccoon eliminators, especially when used in conjunction with square 4-gallon plastic buckets.

The two best sizes of body-gripper traps for raccoons are the 6-by-6-inch and 7-by- 7-inch models, usually designated as “160” and “220” in the trapping industry. To use one of these traps with a bucket, first cut a 1-by-3-inch slot in opposite sides of the bucket. Place bait in the back of the bucket, set the trap, slide the springs into the slots, pull the springs down or up to wedge the trap in place, fasten the trap and come back the next day to retrieve your dead raccoon. It is really that simple.

It’s almost always a good idea to set more than one trap for raccoons. They are gregarious animals and often travel in family groups, especially in summer and early fall. Also, two or more adult males will often travel together. Therefore, it’s a good idea to have several traps waiting so you can catch more than one at a time. Even if raccoons come in alone, if you’ve already caught one and a second animal happens onto the scene later, you’ll want to have another trap ready and waiting for it.

Unless it’s a nuisance situation that needs to be dealt with immediately, such as coons in the attic or the garden, trapping raccoons in late fall and through the winter is a good idea, because that’s when raccoon fur is prime and has a value in the fur market. Of course, you usually have to at least skin the raccoon before selling its pelt, but this isn’t a hard task, and, after all, you’re trying to live as close to the land as possible. Skinning animals and selling or otherwise utilizing their pelts is one of the ways to do that.

If you don’t have the ability or inclination to handle this chore yourself, you may be able to find a trapper in your area who’d take the animals off your hands. They might even be willing to pay you a portion of the pelt’s worth, although it’s important for you to not overestimate the value of a dead raccoon with its fur coat still attached. If you can get a few dollars for each one, take the deal.

All in all, keeping nuisance raccoons under control on and around your property isn’t hard, but it does require diligence. It’s not something you can do once and forget, like putting on steel siding. Keep after them as necessary, though, and living the rural lifestyle will be a lot more enjoyable.

Jim Spencer is a veteran trapper with more than five decades of experience on the trapline. His award-winning book, Guide To Trapping, is a valuable resource for both the hobby trapper and the rural homeowner who wants to keep nuisance animals under control as needed. Order online from treblehookunlimited.com. 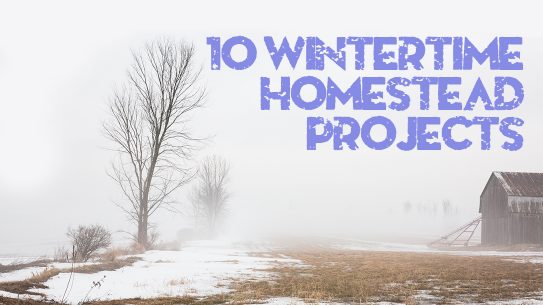 Home Garden Hacks: 10 Ways to Make the Most of Winter

Even though it is cold outside, that doesn't mean there aren't chores to do....