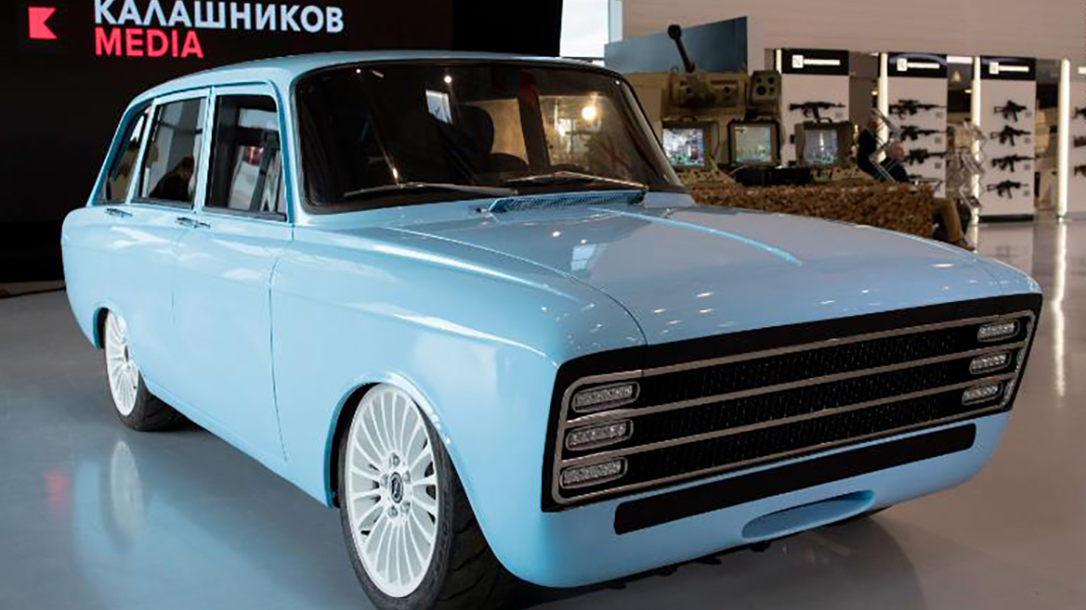 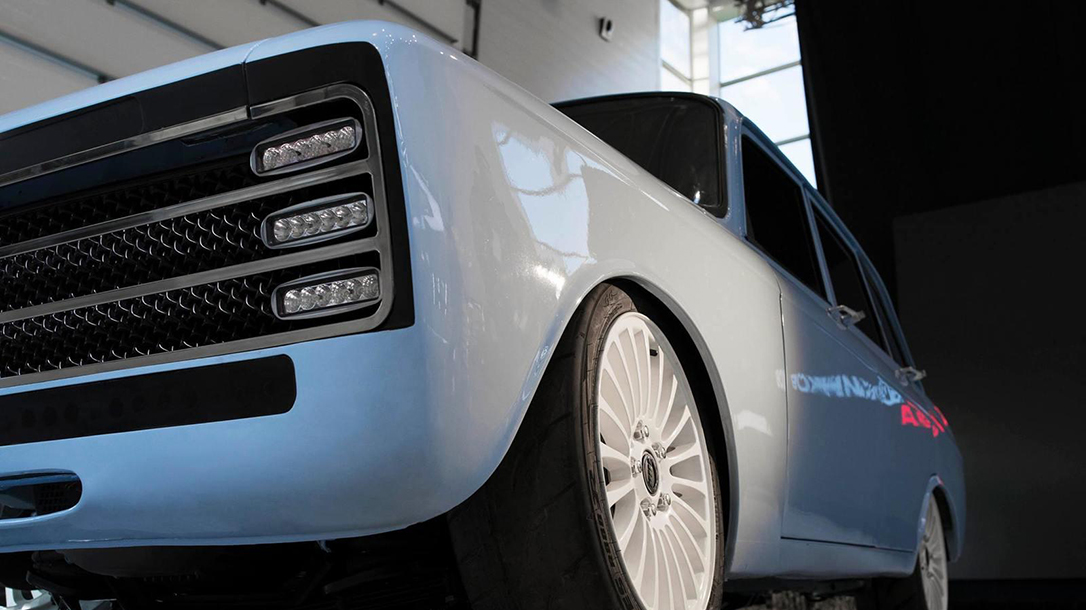 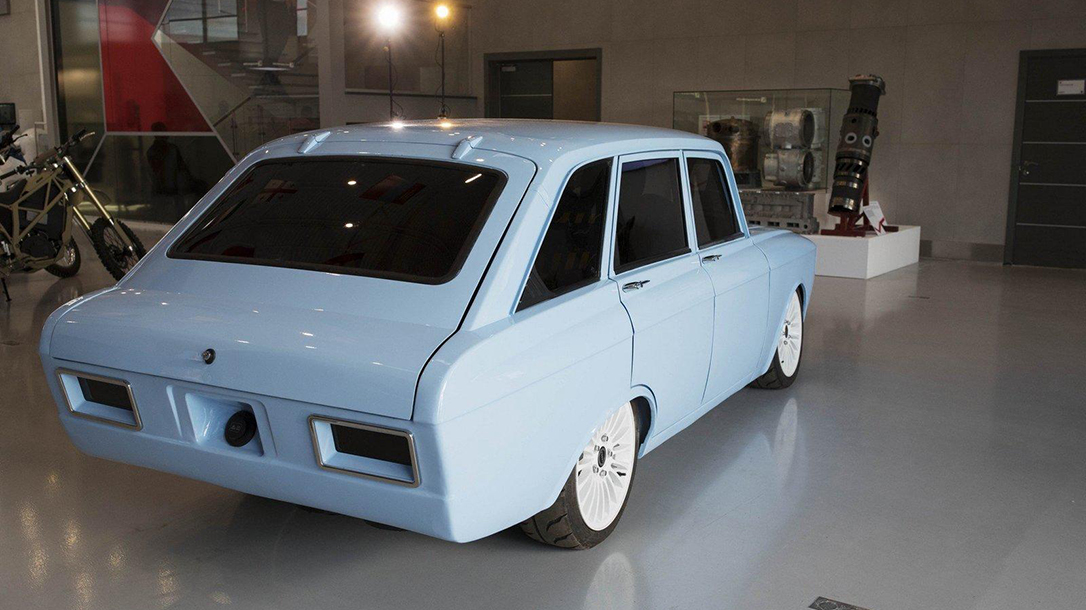 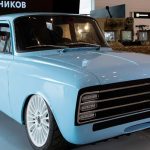 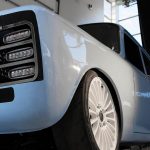 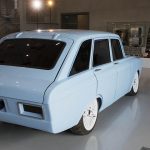 Yes, you read that right. Kalashnikov, world famous maker of the AK-47, a rifle described by Gunny Highway in Heartbreak Ridge as “the preferred weapon of your enemy,” is now promising (nay, threatening) to produce an electric car to rival Tesla. 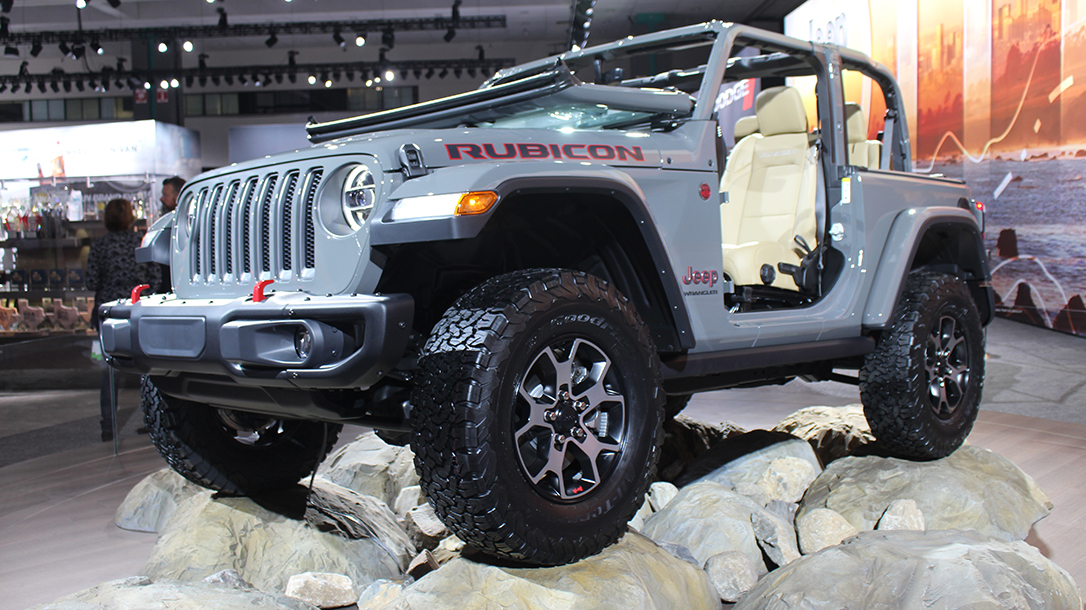 And it is pure Russian in every way.

While it looks like the engineers at Kalashnikov have designed a whole new car, if you look carefully, you’ll see it is nothing but the updated retro styling of a Izh 21252 Kombi from the early 70s. If you’ve ever watched a period movie taking place in the Soviet Union, you’ve seen a boxy Izh.

Called the CV-1, its press release claims is can travel for 217 miles between charges and can zip from 0-62 mph in <giggle> six seconds. For comparison, Telsa’s Model S can do it in 2.4 seconds. Kalashnikov estimates the CV-1’s motor can churn out 680 horsepower via a huge 90-kWh battery. That’s twice the size of the Leaf, which has an 8.0-second 0-60 time. But why such a large battery then?

There are very few specs available. In fact the windows were blacked out at the show, meaning the interior was likely non-existent. And no pricing has been released.

Keeping Up With the Teslas

“The car is competing with Tesla because it’s currently a successful electric vehicle project,” Sofia Ivanova, Kalashnikov’s director of communications, told Russia’s RBC. “We expect to at least keep up with it.”

They should aim their sights on something not so lofty, such as the Chevy Bolt or the Hyundai Ioniq. The car was unveiled to the press at Army 2018 in Moscow, an international tradeshow for the consumer and military market.

In a very Russian way, they boasted: “This technology will let us stand in the ranks of global electric car producers such as Tesla and be their competitors. We were inspired by the experience of global market leaders in developing our concept.” 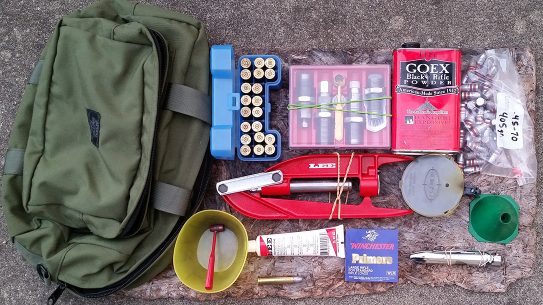 In a survival situation, you will have to use whatever ammunition you have stocked,...