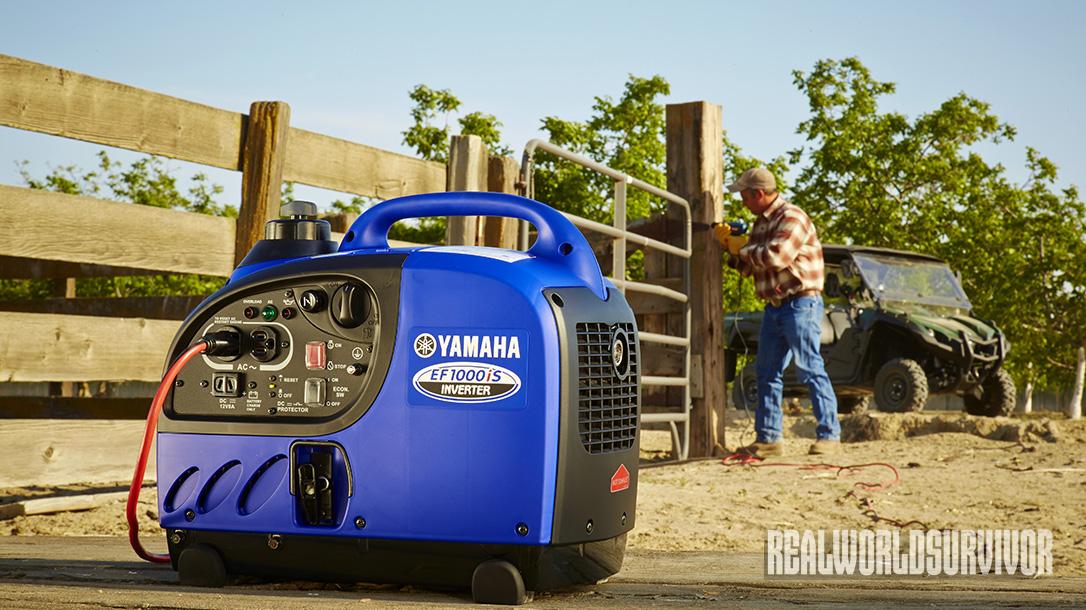 Portable electric generators weren’t always so popular. They were smelly, loud and heavy, something you wouldn’t want to drag around if you didn’t have a specific need for it. We never had one on the ranch, nor any power tools to plug into it even if we had. For building and fixing gates and corrals, we used a hand saw, a hatchet, and a brace and bit. It made for quiet work.

Since those days, portable generators have come into their own. 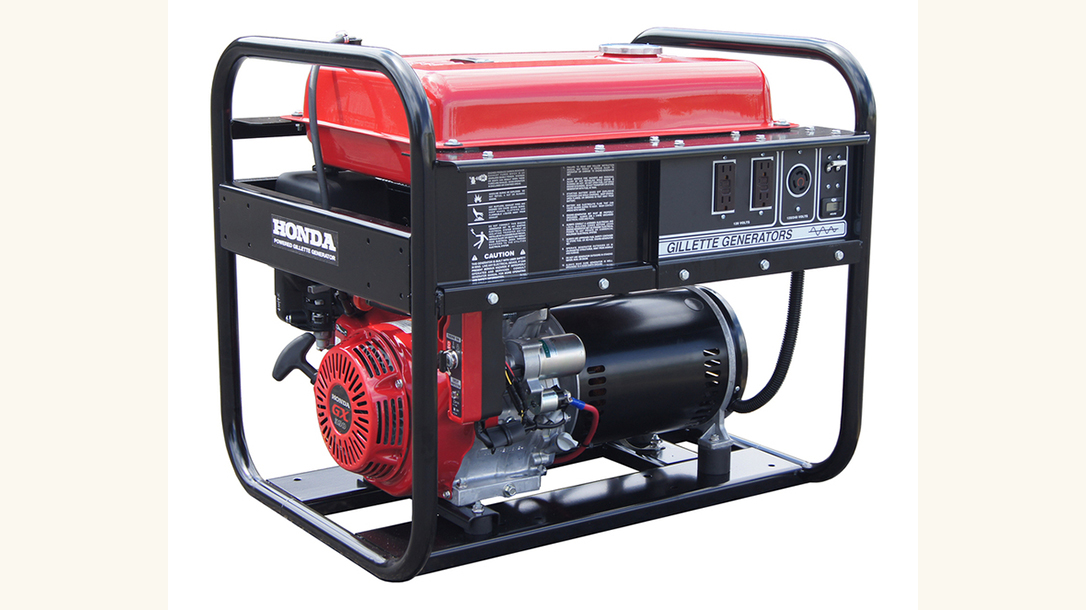 But not all generators are created equal. Some will be essentially trouble-free; others will plague you to no end. So what do you look for beyond the shiny paint and fancy electronics? In the past three decades, I’ve acquired four different generators that have each had different lessons to teach. The oldest, a 4,000-watt Coleman Powermate 54, driven by an 8-horsepower Briggs & Stratton, falls into the smelly, loud and heavy category. I bought it already well-used in 1990 for $70.

The guy threw in an even more beat-up aluminum ladder. Having no wheels on its open square-tubing frame (a condition I later rectified), I dragged and carried it from here to there as I built a mountain cabin. Despite its shortcomings, the Coleman remains a workhorse. All I’ve ever had to replace is the recoil pull starter. Its float carburetor is one of the best Briggs & Stratton ever designed, and it is readily accessible for periodic cleaning, a rare event since I began adding Sea Foam to the high-octane fuel and running the carb dry before storage. The Coleman has no shiny cowling, no embellishments; it’s bare naked. But it runs whatever I plug into it.

Our second generator was an 8,500-watt NorthStar unit run by a 16-horsepower Briggs & Stratton Vanguard engine. We bought it new for around $1,800 as a backup generator for the off-grid log house we built at the turn of the century. After two years of putting up with our old Trace inverter kicking it offline at the most inopportune times—the Trace didn’t like the waveform—we demoted it to an occasional-use generator for my workshop. In 19 years, I’ve replaced two muffler brackets (finally making my own after the second one failed), two fuel pumps (on its way to three), a starter solenoid and a main engine seal for which I had to pull the generator. On the plus side, it can run a large well pump and a lot of tools simultaneously but at a decibel level that will have you running for earmuffs.

The NorthStar’s replacement for our home was a Honda ES6500. Though not as powerful as the NorthStar, it’s a much quieter machine that hit it off right away with our Trace and later two OutBack inverters. At $3,000, it was worth every penny. I’ve had to re-tighten a few nuts and screws over the years, but after 2,200 hours of service, all I’ve had to replace beyond normal service items is one starter solenoid. My only bugaboos: The spark plugs are hard to get to and the oil filter is even harder to access. But if I ever buy another generator, it will be a Honda.

Our fourth and last generator was a 3,500-watt Gentron machine I bought in 2010 from Generator Depot. At $399, shipping included, I had no illusions about its quality, but the Coleman was on the fritz and I wanted something small and lightweight for building a large shed several hundred yards from the house. (I later brought the Coleman back to life by scraping the corrosion from a couple diodes.)

The first thing to go on the Gentron was the ratcheting mechanism for the gas cap, a problem I solved with JB Weld. Then all the gas lines rotted, and the sealed battery developed a dead short. Since then, except for a bit of carburetor trouble, it’s been fairly well behaved and able to run all my shop tools except for the MIG welder and metal-cutting chop saw. I have also swapped out the tiny plastic wheels and ridiculously short pull handle with more robust replacements. So, for the time being at least, the Gentron and I are on amiable terms. And the two things I like most about it: It is very quiet and has a 12-volt DC output, which is terrific for charging and jumpstarting batteries. 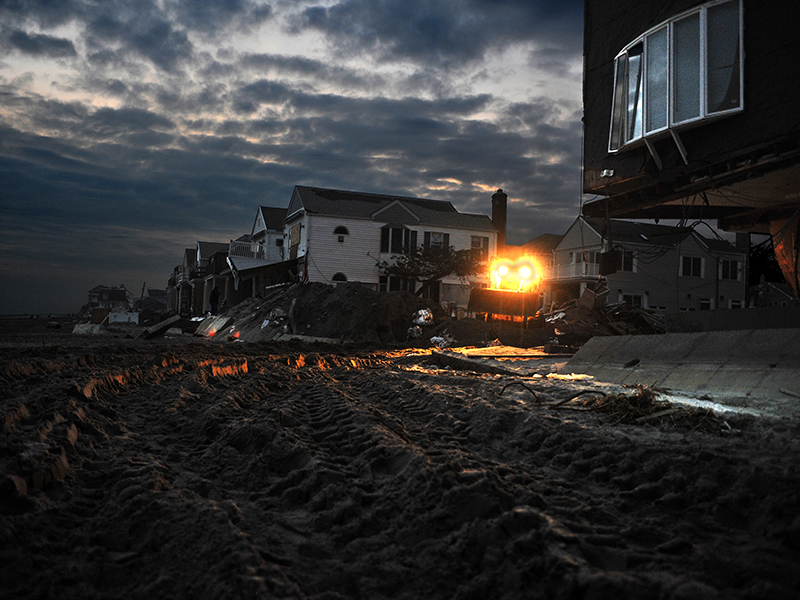 Two things stand out from my generator experiences. First, off-brand generators are far more trouble-prone than name brands, and second, catastrophic failures are rare. With enough time and patience, and a little cash, it’s possible to keep just about anything running. But do you want to go to all that trouble? Probably not. So stick to name brands if you can afford to and match the generator to the task at hand. If all you want to do is run a few lights and a TV in your RV, think small, like maybe 1,000 or 1,500 watts. If you want to throw a fridge into the mix, step up to 2,000 or 3,000 watts. Small generators are now super-quiet and can run for hours on just a couple quarts of gasoline.

If, on the other hand, you want a simple job-site unit, make sure it will easily run any tool or tools you might plug into it; generators that bog down can be hard on power tools. For running a jobsite table saw or a worm-drive saw, don’t think any smaller than 4,000 watts. For running them both at the same time, add a couple thousand watts.

What features should you look for? Beyond a low decibel level and good fuel economy, you will also want easy accessibility for normal service items, such as spark plugs and oil and filter changes. A backup pull starter can be a lifesaver on electric-start units. And for saving fuel, look for a generator that idles down when not under load so you won’t feel a need to shut it off after each use.

In regard to this last feature, inverter generators take the idle-down idea one very big step forward. Unlike old-style gennies that need to run at a constant 3,600 rpm to maintain a standard 60-Hertz (cycles per second) waveform, inverter generators first convert the unit’s AC output into DC, then run it through an onboard inverter that converts it back into AC. By doing this, the inverter uncouples the waveform from the engine’s rpm, making the engine speed directly proportional to the load. Small load, low rpm; large load, high rpm.

Originally a technology applied only to small generators no larger than a couple thousand watts or so, inverter generators have grown over the years. Honda, for instance, now offers a full line of inverter generators, from the trim 29-pound EU1000i to the 7,000-watt EU7000iS powerhouse. One feature I particularly like about the small 1,000- and 2,200-watt Honda inverter generators (and other brands, like Yamaha’s EF2000iSV2) is the ability to run two similar gennies in series. This allows you to use two together for a small job site or one alone for camping or RVing.

While numerous manufacturers offer small inverter generators, only a few provide units large enough to keep the lights on and the furnace and fridge running during power outages. Yamaha’s EF6300iSDE is one, and Briggs & Stratton’s Q6500 is another. In the end, you go with who you trust. That being said, you might want to give a hard look at the Honda EU7000iS. Besides outputting a waveform to rival that offered by the local power company, it’s fuel injected. This eliminates the need to choke the engine upon starting and reduces many of the ethanol-related problems that haunt carbureted engines. It is also quieter than older models of similar power output.

What about those of us who live off-grid and regularly need to give our batteries a little boost? Would an inverter generator be a good investment? Perhaps. On the one hand, they’re smoother running with a less choppy waveform. On the other hand, since all generators run at a constant preset output when plugged into a battery-based off-grid system, the match-the-rpm-to-the-load feature would not apply. Still, if my trusty ES6500 suddenly conked out, I could probably come up with an excuse to buy one. Maybe even one with fuel injection.

This article is from the winter 2019 issue of The New Pioneer Magazine. Grab your copy at OutdoorGroupStore.com. 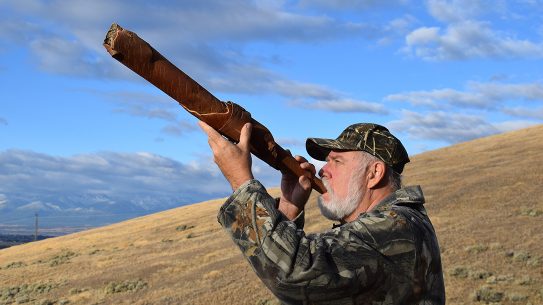 The Many Uses of Birch Bark for Survival and Hunting