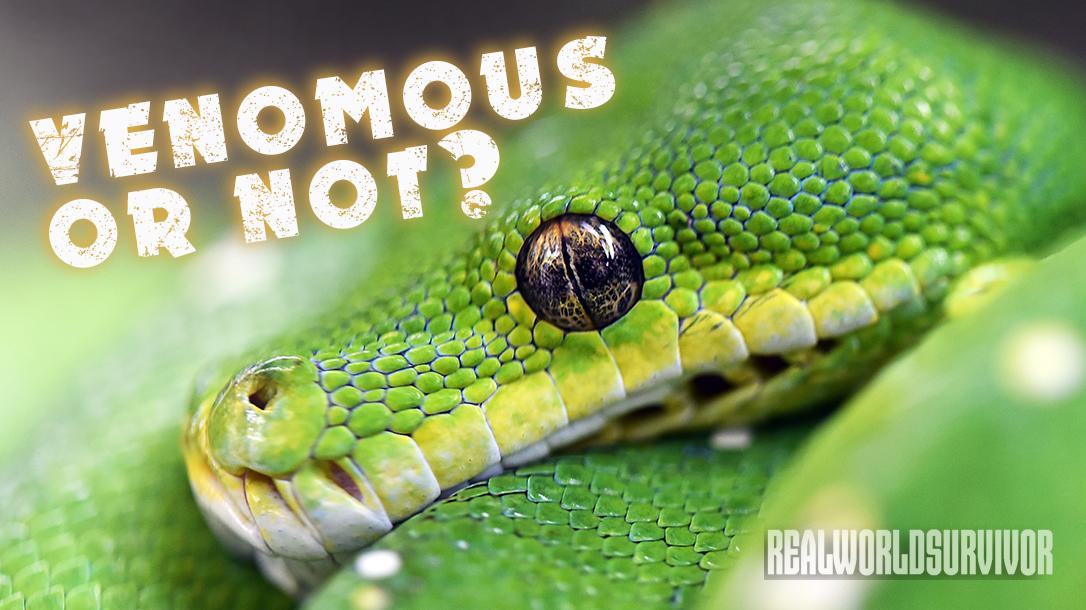 Photo by David Clode
Appearances may be deceiving, this green tree viper is non-venomous
Comment(s)

One of the most important aspects to escaping the fangs of a venomous snake is a person’s ability to identify them from their non-lethal counterparts. The difference between a painful bite and one that can have long term, detrimental effects or at the very worst, near instant death lies in the physical characteristics of the snake’s body. In particularly, the snake’s head and color pattern. The most obvious “giveaway” that a snake is venomous is by looking at the shape of its head. 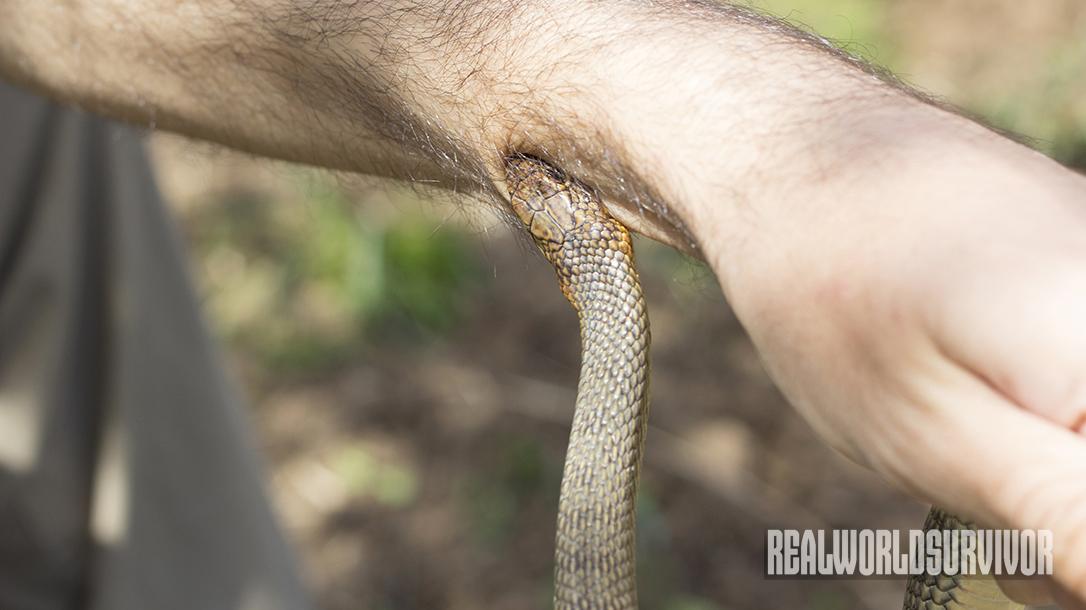 A venomous snake will have a rough triangle-shaped head. It is designed by nature to allow the venom glands to sit just behind the eyes and towards the back of the head. The gland releases venom. This travels through an accessory gland and is delivered to the unlucky recipient through needle-like fangs. Non-venomous snakes, though perhaps similar in other bodily characteristics, can be identified by their slender head. It is free of the deadly venom sacks that identify their deadly cousins. However, this type of classification is not always foolproof. Some venomous snakes, like the sea snake or coral snake, exhibit a slender head. While some harmless snakes “puff” up their heads to mimic the look of venomous vipers.

Body markings and other physical characteristics can also help to identify deadly snakes. The rattler at the tip of the tale of a rattlesnake offers a warning to anyone nearby that they should stay away. Certain color patterns also give a person warning that a snake is venomous. The coral snake has patterns similar to a milk snake. So these common rhymes can help, “Red to yellow, kill a fellow. Red to black, friend of Jack.” Another variation is “Red on black, venom lack; red on yellow, deadly fellow”.

There can always be mistakes made in snake identification. It is always best to know what species are at home in the environment that you choose to explore. Many books and guides are available to help identify snakes. Having a pocket edition in your pack or supply bag is a great way to research when “out in the field.”

A snake’s shape isn’t the only oddity exhibited by the slithering reptile. Below are some lesser known facts about snakes. 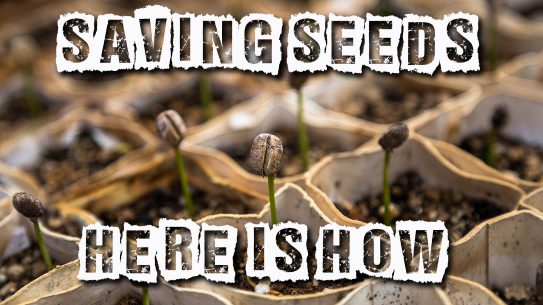 Saving Seeds for Planting the Gardens of the Future