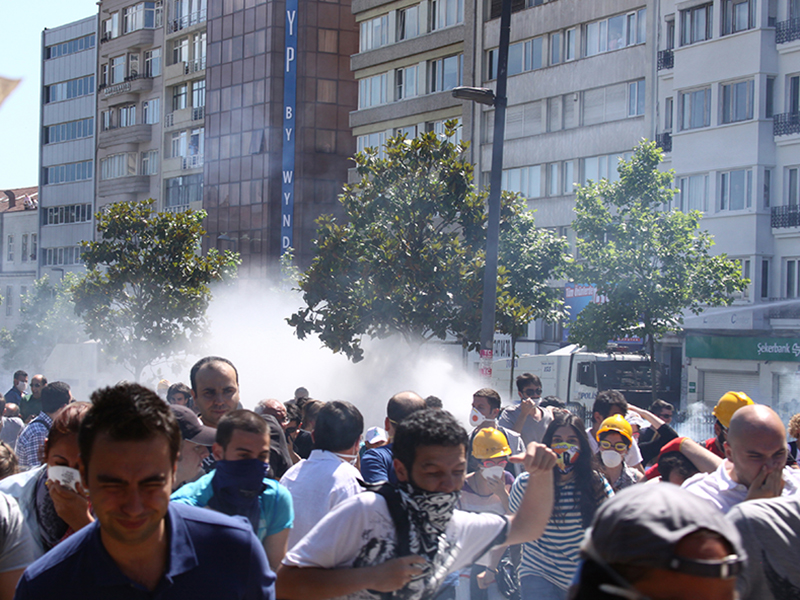 1 of 7
Terrorism Survival and Preparedness Tips
“Never doubt that you can indeed make a difference in preventing a horrible act on American soil.” 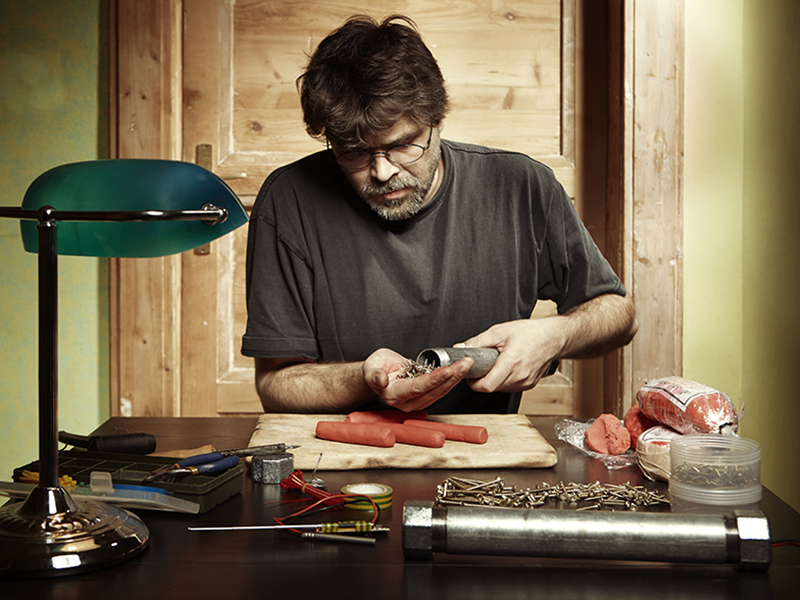 2 of 7
Terrorism 5
What are your neighbors up to? Bombs can be assembled using many basic and common components found at hardware and garden stores, electronic shops and even fireworks stands. 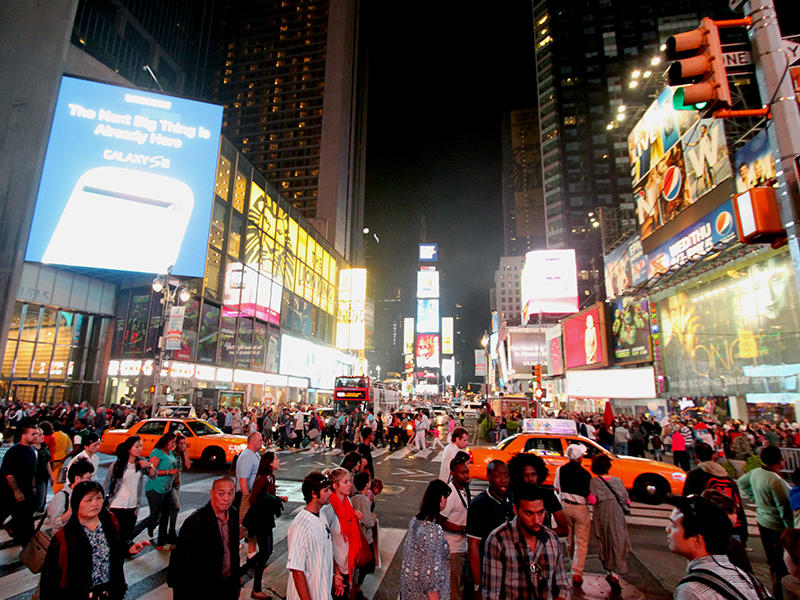 3 of 7
Terrorism Survival and Preparedness Tips
Crowded, tourist-filled places, such as Times Square in New York City, are magnets for terrorist attacks. 4 of 7
Terrorism Survival and Preparedness Tips
Avoid the overall “look” of being a tourist when visiting a foreign country. You will become a magnet to locals preying upon newcomers into their country. 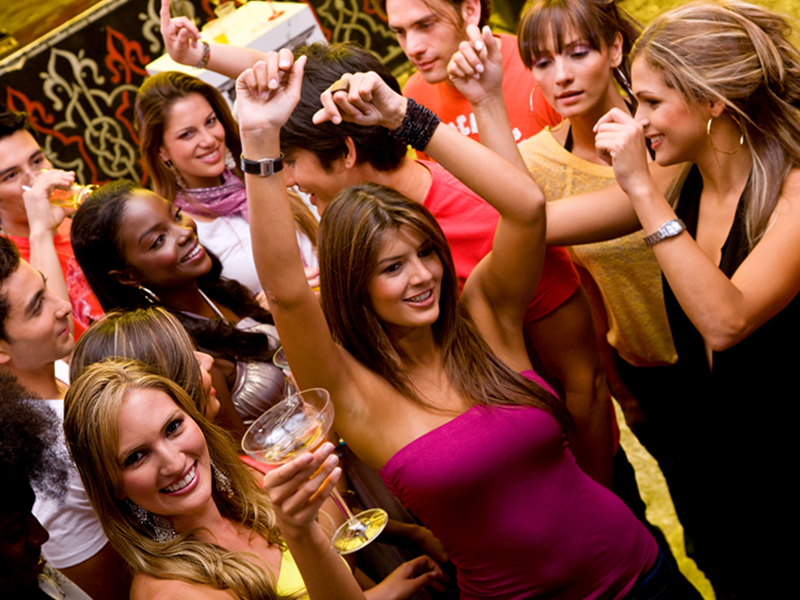 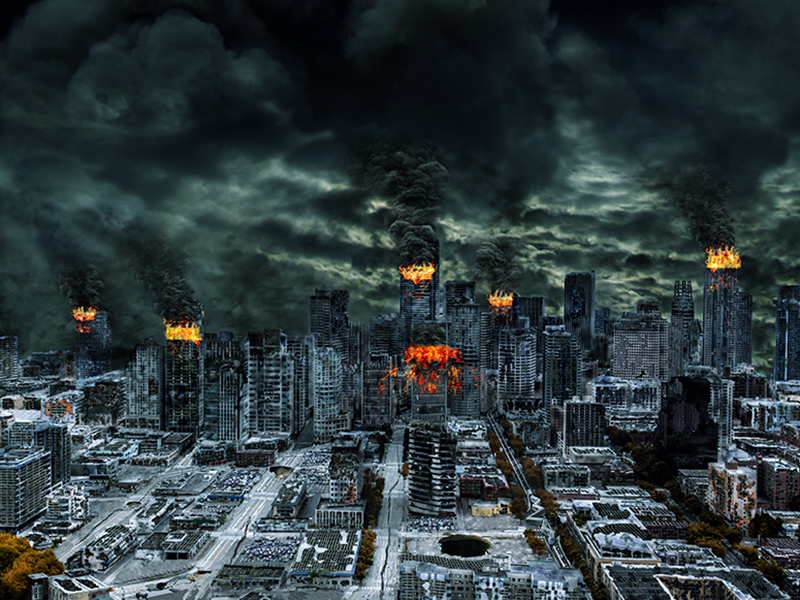 6 of 7
Terrorism Survival and Preparedness Tips 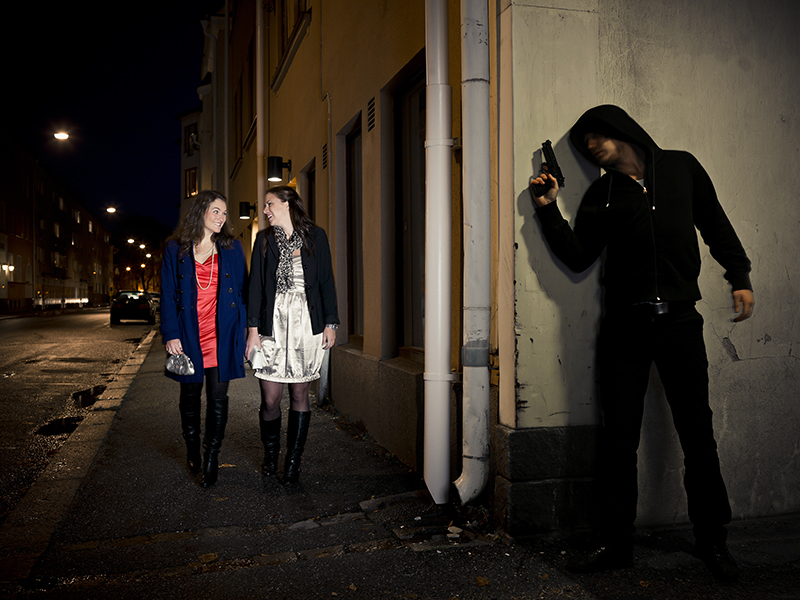 7 of 7
Terrorism Survival and Preparedness Tips
Separate cash and stash in various locations while traveling abroad. Put some in your pockets or shoes and keep a small amount in your wallet for daily use. 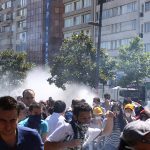 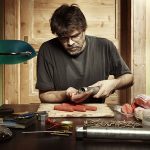 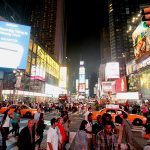 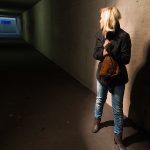 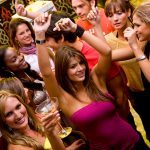 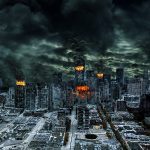 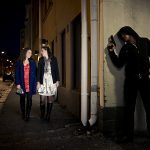 Prominently shown across the local news channels nearly every night are displays of violence, bombings, and mass destruction, occurring half a world away as you watch from the comfort of your living room. The reports show how terrorists plague places across the globe; those that most Americans probably never knew existed or couldn’t find on a map. “Out of sight, out of mind” is how most Americans viewed terrorism that happened abroad. But now, unfortunately, that has changed.

Since 2000, there have been nearly 70 terrorist incidents in the U.S., including the Sept. 11 attacks in 2001, the 2013 Boston Marathon bombing, the San Bernardino Christmas party shootings in 2015, and in 2016, the mass killings at an Orlando nightclub. There have been murders, threats and property damage at churches, temples, and mosques. Terrorism on American soil is a very real situation and one that needs to be taken seriously by all. But where does one start?

The key to surviving and preparing for terrorism is to understand the perpetrators’ motives. Then, with well-organized plans, greater awareness, and emergency protocols in place, you, along with millions of Americans, government officials and local law enforcement can be ready. Together we can reduce the opportunities for terrorists and save lives across our nation.

Many people misunderstand the definition of terrorism. During the past decade, the word has been bounced around to describe any event, domestic or international, involving violent acts carried out by foreign people against large groups of people.

But domestic terrorism has a very specific meaning. The FBI defines it as:

• (An act that) appears to coerce or intimidate a civilian population or influence the policy of a government by intimidation or coercion, or affect the government by mass destruction, assassination or kidnapping.

• The act occurs primarily within the jurisdiction of the United States.

Notice the FBI does not say terrorism only involves foreign groups or individuals. However, that idea is engrained in the minds of many, creating a false sense of security as we, Americans, go through our daily lives.

Other violent acts may appear to be terrorism, but in reality, are not. Examples are a mentally disturbed person who randomly shoots into a crowd, suicidal teenagers who choose to take their schoolmates with them, or people who committed hate crimes against those who are deemed weird or strange. 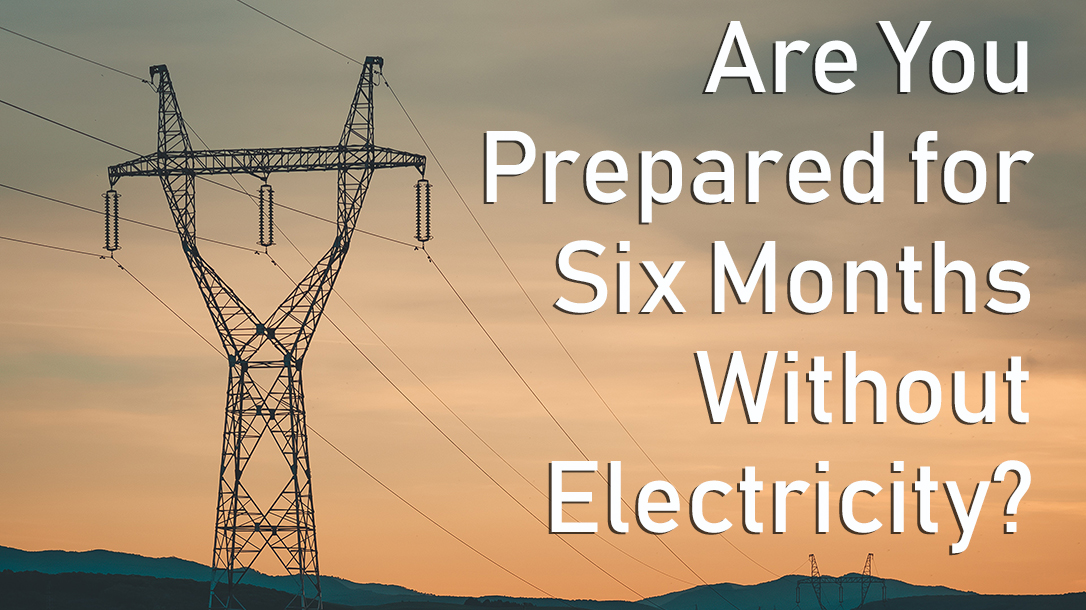 Feds to Americans: You Need to Prepare for Life Without Electricity

Each terrorist group has its particular motivations to create paths of death and destruction as they pursue their goals. But what are these objectives? Terrorists want to spread fear to gain control and power. They also seek recognition through worldwide media outlets. They get attention by attacking revered monuments, key buildings, or by acting on important dates or holidays. The bigger the act, the more coverage they get.

They also try to portray the local, state or national governments as weak, repressive, and unable to handle their threats. To that end, they incite conflict with security forces to drain resources and distract them from primary duties. Terrorists also disrupt communication lines, utility facilities, and transportation networks to prove that the government can’t protect its people or critical infrastructure. Simpler, but no less significant motivations are vengeance or winning freedom for political prisoners.

No, you can’t predict where terrorism will occur, but you can cut the odds of becoming a victim. Crowds are magnets for terrorism, presenting opportunities to grow body counts and maximum destruction. As mentioned, terrorists choose targets with historical, symbolic, or governmental characteristics, to strike the “hearts” of the American citizens.

But don’t just worry about the initial attack, because the resulting pandemonium could be deadly. To avoid being crushed or trampled by a panicked crowd, don’t stand at the center of an audience. Instead, stay on the outskirts and have a plan to exit fast when chaos erupts.

There is a fine line between being paranoid and being prepared. By anticipating the worst-case scenario, you lift the chances of saving yourself and your family.

There are many warning signs of possible domestic terrorism. People who heed them stand a better chance of saving themselves or helping others stay safe. But remember: one or two of the following signs, separate or together, don’t guarantee that a terrorist act will be committed. In fact, many of the indicators are harmless and logically explained. It’s when authorities start to add up the sum of all the parts, along with possible target locations and resulting carnage scenarios, that signs emerge of a planned terrorist strike.

Observing suspicious people is your first indication of something that may not “feel” right. And while suspicious activity, on its own, doesn’t indicate terrorism, you may be able to stop another crime, so always be alert. Don’t ignore people who seem out-of-place. Check out their clothes. Are they wearing heavy jackets or coats in warm weather? Or, as you notice their odd clothing, do they have rigid midsections and make strange movements when walking? Both of these could indicate a harness, explosive belt, or bulky electronics hidden under the heavy garb. Also, notice the person’s behavior and body language. Nervousness, agitation, pacing back and forth, and being alone at events typically attended by couples may signal danger.

Suspicious activity can be disguised by emulating how tourists explore city landmarks and other populated destinations. Photographing and recording video of possible targets help terrorists plan for deadly attacks.

Again, these actions by themselves may be harmless, yet coupled with other indicators, may give you cause to alert security officials. Remember, it’s better to err on the side of caution than to regret not doing so later. Your keen observations could very well save the lives of many unsuspecting people.

Terrorists need supplies to carry out their heinous acts, and this is where a special set of eyes comes into play. Some businesses could unknowingly “assist” a terrorist, so the workers must be very observant in all interactions. Businesses like garden supply stores selling fertilizers that can become “ingredients” for crude but powerful explosives should remain vigilant. Also, truck or heavy equipment rental facilities are where terrorists can get delivery systems to build “mobile” weapons of destruction. Even the purchase of a lot of fireworks may be a red flag; bombs can easily be constructed with the explosive insides of fireworks and other simple parts.

Seems obvious today, but “out-of-place” flight school students, who don’t indicate why they want to fly or fail to express any enthusiasm for the training, should alarm the flight instructors, who should alert the authorities. Even a landlord should question why many people constantly arrive and leave from a particular apartment. Terrorists will try to blend into the surroundings and plant roots in a neighborhood as they plan their attacks. Remember, it may take many months to years of planning to achieve a complicated attack; terrorists need a base of operation, and a simple apartment would do the job. Look at what recently occurred in France. In February 2017, investigators uncovered a makeshift bomb factory and made arrests in the Montpellier area of southern France. The authorities had been monitoring a teenage girl’s social media accounts where she talked about wanting to attack France and her desire to go to Syria or Iraq.

It’s worth repeating that any of these scenarios, individually, could be innocent and legitimate. It’s when linked to other warning signs that a pattern emerges.

Vigilance is your primary weapon to stay safe. The closed-minded idea that “it couldn’t happen here” is thankfully fading. Awareness of terrorism is a big step toward detecting and preventing it. Everyone must work together to limit potential targets. Report strange or peculiar activities and question the abnormal behavior of “strangers.”

Finally, never doubt that you can indeed make a difference in preventing a horrible act on American soil.

This article originally appeared in ‘Survivor’s Edge’. To pick up a copy, visit outdoorgroupstore.com. 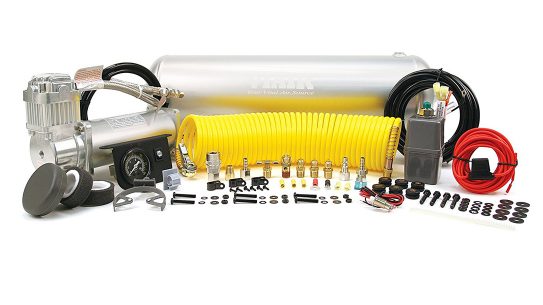 Have Air, Will Travel: Adding an Air Compressor to Your Rig

The ability to adjust your rig's air pressure based on the conditions of the...

Why a Former Employee Testified Against the ATF in a...