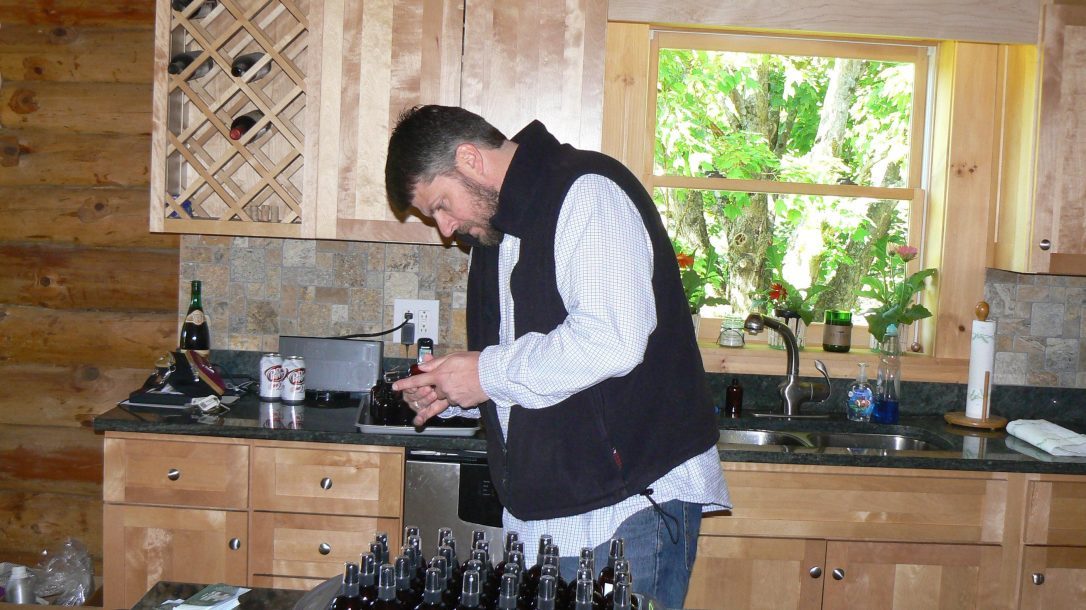 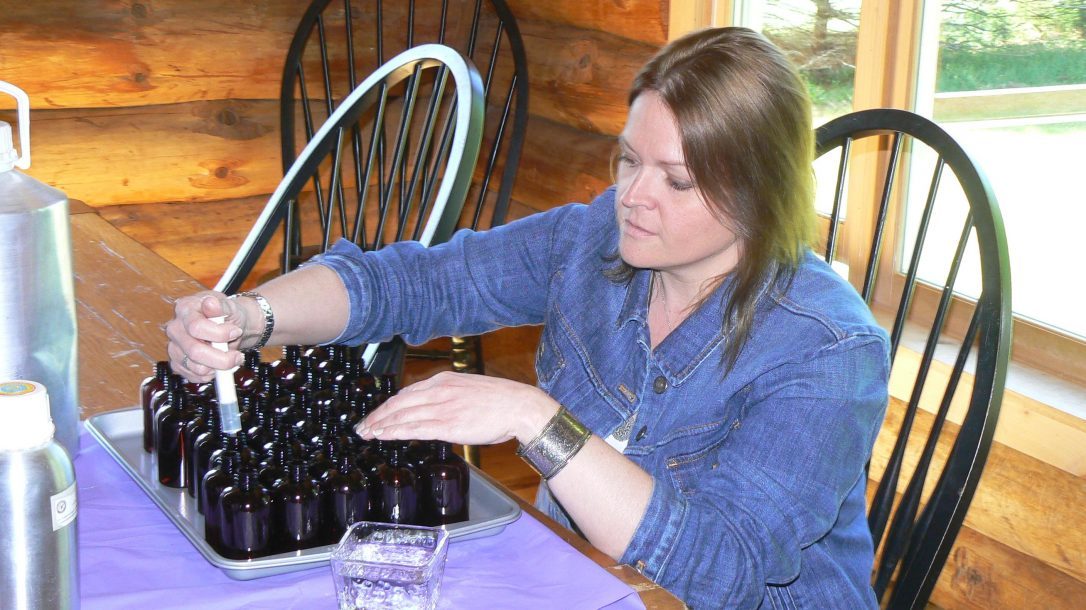 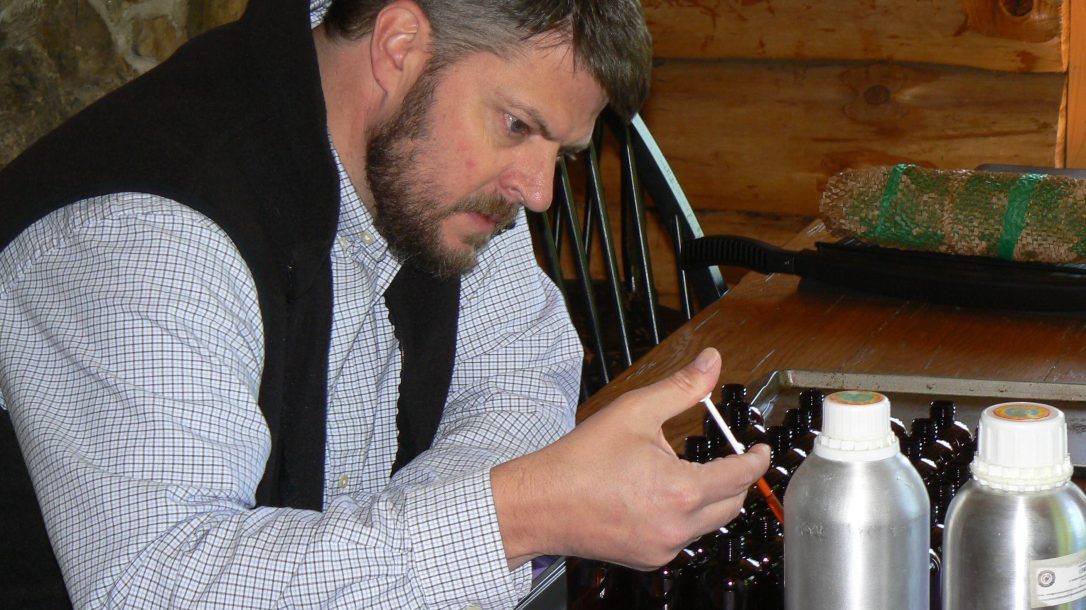 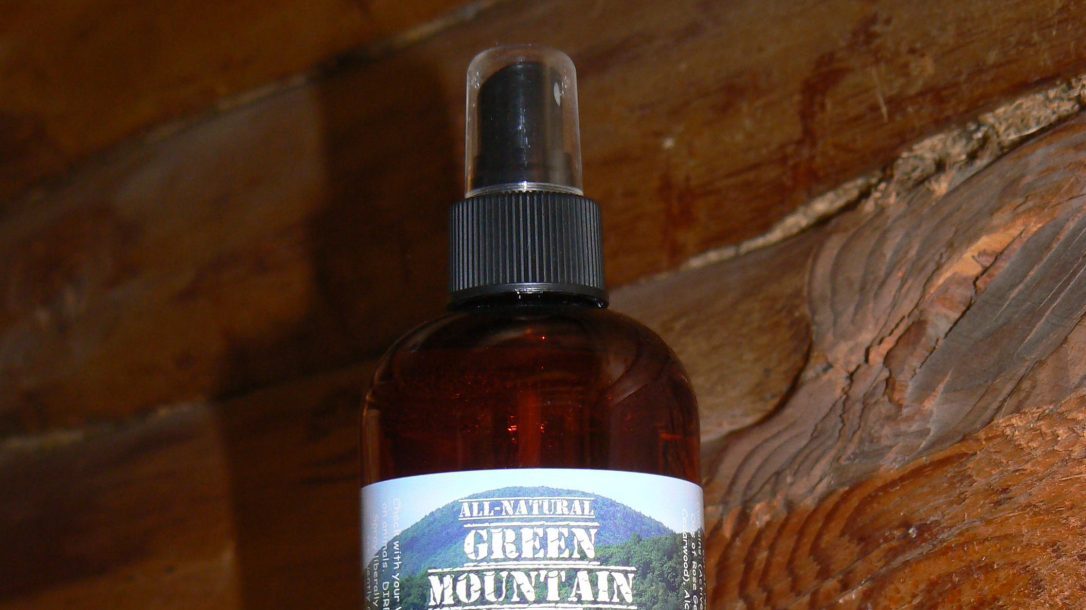 4 of 4
Photo by Dana Benner
The finished product 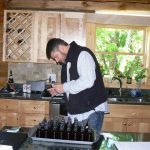 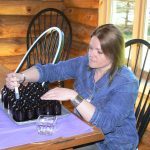 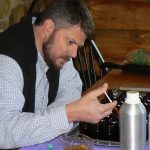 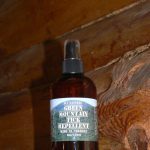 All of us who spend any amount of time outdoors are sooner or later going to encounter the bane of all outdoor activities: ticks. They are found throughout the United States and can potentially carry diseases such as Rocky Mountain Spotted Fever and Lyme disease. While there is no way to avoid ticks, there are ways that we can protect ourselves.

While most of the insect repellents on the market work well, many have one thing in common. They contain a chemical called DEET (diethyltoluamide). While DEET does repel insects, long-term exposure to DEET may lead to cancer. Wanting to be protected from ticks but trying to stay away from potentially harmful chemicals, I did some research and discovered Green Mountain Tick Repellent. 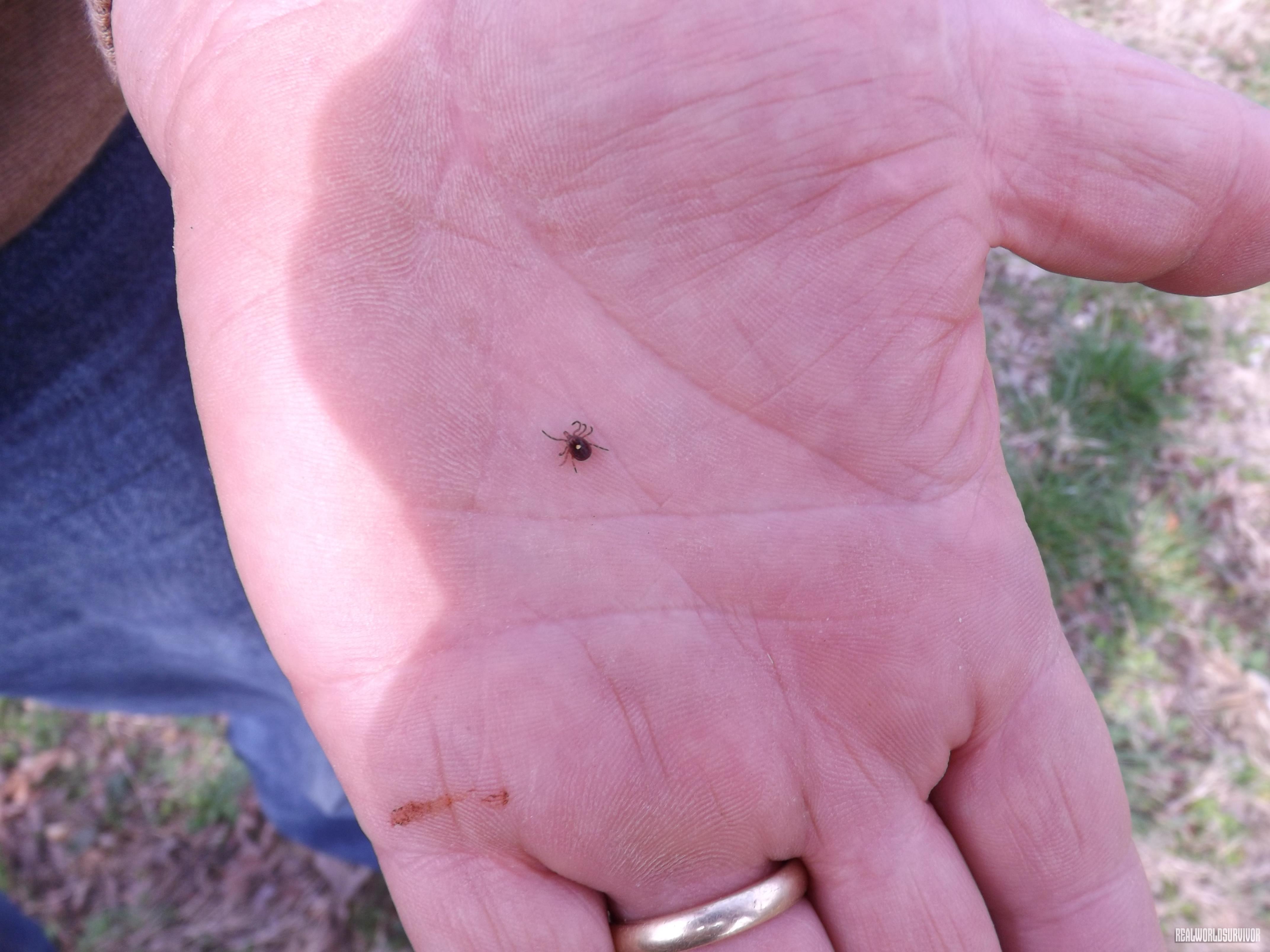 Based in the town of Dorset, Vermont, in the heart of the Green Mountain region, the company is fairly close to my home in New Hampshire, so I contacted its founders, Victoria DiMonda and Glenn Gunther, to see if I could pay them a visit. What I found when I arrived really impressed me. Sitting on a hill off of Vermont’s Route 30 sits a log cabin where Victoria and Glenn live and Green Mountain Tick Repellent is made. When I arrived, Victoria and Glenn were putting together an order that needed to be shipped out.

There is no fancy machinery or production line here. Everything is done by hand right on the kitchen table, though Victoria did say that they had ordered a machine that would help them put labels on the bottles.

As she and Glenn sat at the table, syringes in hand, putting exact amounts of ingredients into each bottle, I asked Victoria, who is a nurse by trade, why she got into the tick-repellent business.
“My daughter is a tick magnet. Every time she would go out she came back with ticks on her,” Victoria told me. She went on to say that they had gotten a Labrador retriever puppy, and after a few minutes outside he was also covered with ticks. “I had had enough and I knew that I had to do something.”

Being a nurse, Victoria knew about the adverse effects DEET can have and didn’t want to expose her children to them. She also didn’t want to expose her puppy to the harsh chemicals found in typical pet tick treatments. Then she started experimenting and finally came up with the formula for Green Mountain Tick Repellent. She sprayed her kids and dogs with the product and got satisfactory results.

With no intention of ever going into business, Victoria gave some of the product to family and friends who were hunters, fishermen and loggers. They tried it and found that it worked. In turn, they told their friends. Soon local stores, farm stands and neighbors were asking her about Green Mountain Tick Repellent and a business was born.

My next logical question was, “Why do you do everything by hand? Why don’t you mix a big batch and then fill the bottles?” The answer was both logical and simple.
Victoria said, “Because we are working with different oils, it is impossible to mix a large batch and then have every bottle contain exactly the same amount of each oil. Each is different and they separate. That is why whenever you use it you have to shake the bottle.”

The business officially was started in 2011 when the name Green Mountain Tick Repellent was registered and licensed. From there the business grew by leaps and bounds. Today the product is found in stores throughout Vermont, New Hampshire, New York, Massachusetts, Connecticut, Virginia and California. Some areas can’t keep the product in stock. According to Glenn, about 20 percent of their business is from online sales and 80 percent from retail sales. They have even done some advertising, but most of their business is generated through word of mouth.

So what makes Green Mountain Tick Repellent so good? The main ingredient is rose geranium. According to Victoria, through extensive research she found that rose geranium is a natural tick repellent. Ticks seem not to like its smell. She mixes precise amounts of the oil from the rose geranium with the oil from lemongrass and other essential oils (the volatile oils that give a plant its characteristic odor).

After listening to both Victoria and Glenn, seeing the passion that they put into the product and reading some of the testimonials they’ve received, I bought a bottle and decided to put the tick repellent through its paces. My first stop after leaving the shop was the White Rocks National Recreation Area. Here I hiked about 2 miles of the Appalachian Trail, which took me through some pretty heavy brush. I emerged tick free, though the black flies did a number on me. The repellent passed its first test.

Next I went to the Otter Creek Wildlife Management Area. Bushwhacking through tall grass and brush, I reached the river. If I were going to get ticks, this would have been the place. I once again escaped tick free and was more than convinced that Green Mountain Tick Repellent works, so picked up another bottle for my daughter. For more information, visit gmtick.com.

This article was originally published in the NEW PIONEER. Subscription is available in print and digital editions here. 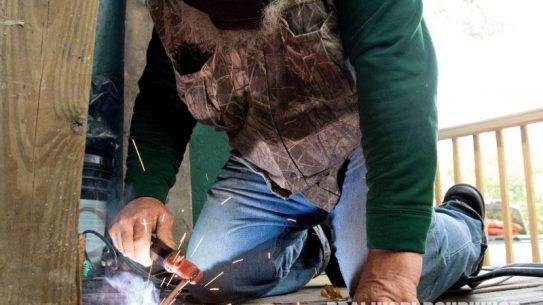 DIY Survival Skills: You Should Know How to Weld

There are a multitude of skills needed to survivl a long-term catastrophe. Among them...