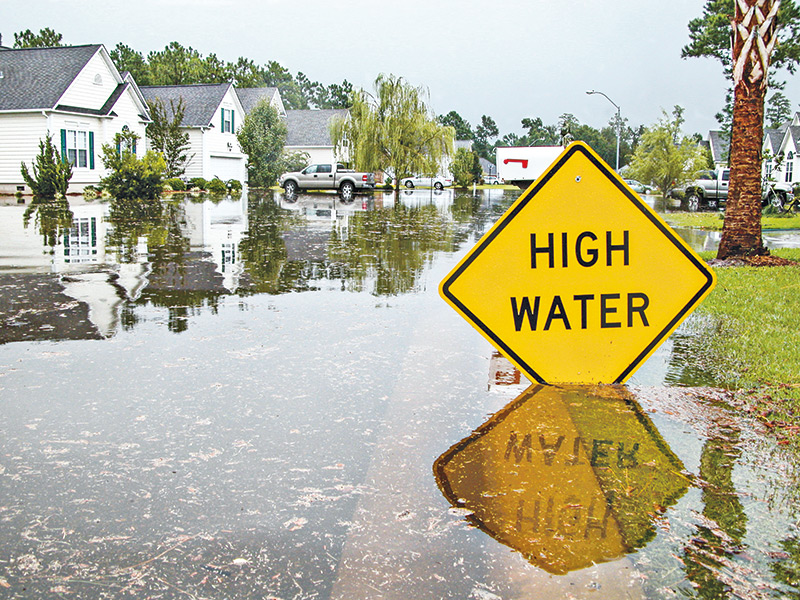 1 of 6
Photo by Thinkstock
Deadly Overflow: How to Survive a Massive Flood
Floodwaters can rise with minimal warning, quickly turning residential spaces into swamps. 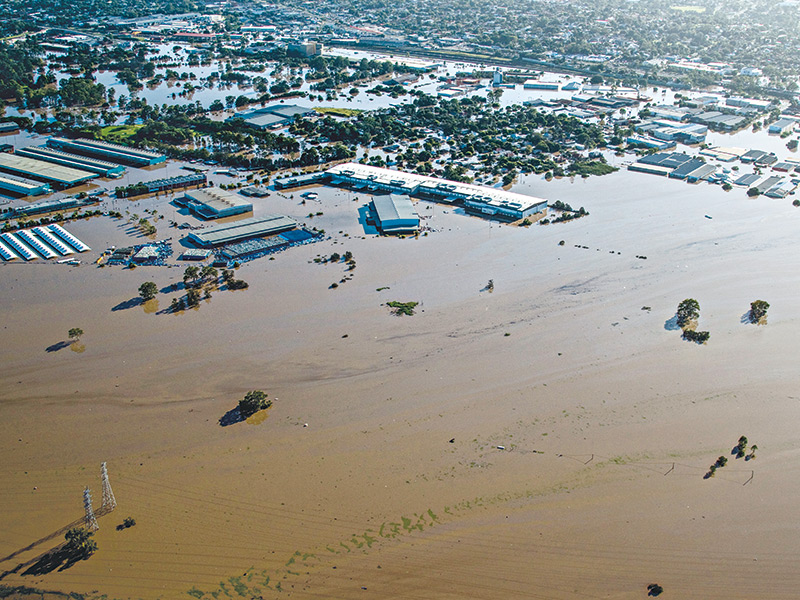 2 of 6
Photo by Shutterstock
Deadly Overflow: How to Survive a Massive Flood
Massive floods can be catastrophic in built-up areas, putting thousands of lives in immediate danger. 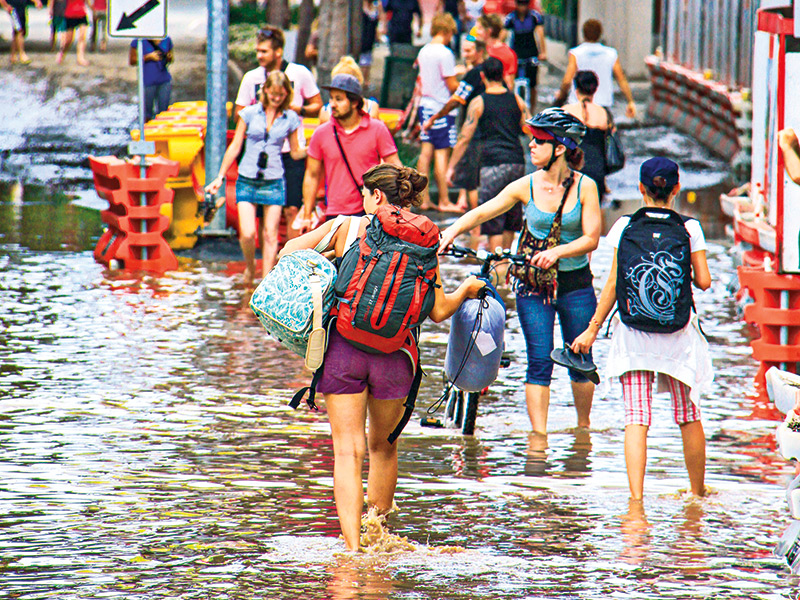 3 of 6
Photo by Shutterstock
Deadly Overflow: How to Survive a Massive Flood
Crossing flooded areas can be incredibly dangerous. Even shallow water can exert tremendous force. 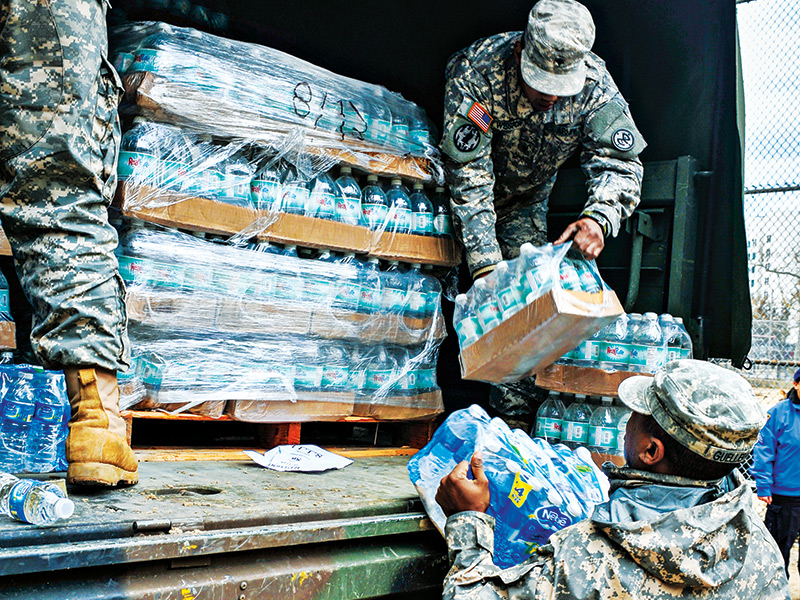 4 of 6
Photo by Shutterstock
Deadly Overflow: How to Survive a Massive Flood
While the U.S. government can provide aid through FEMA and other resources, you can’t rely on it alone. 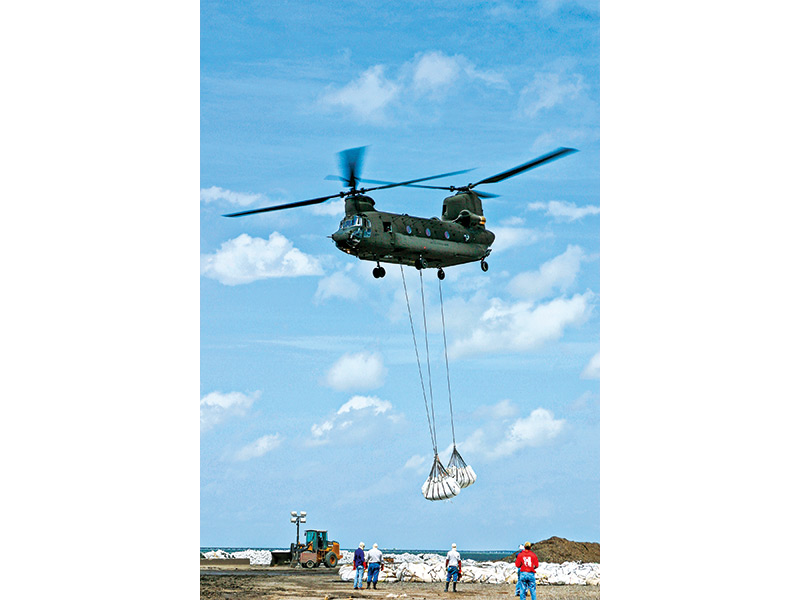 5 of 6
Photo by Shutterstock
Deadly Overflow: How to Survive a Massive Flood
Heavy-lift military aircraft like this Chinook moved vast quantities of relief supplies after Hurricane Katrina. 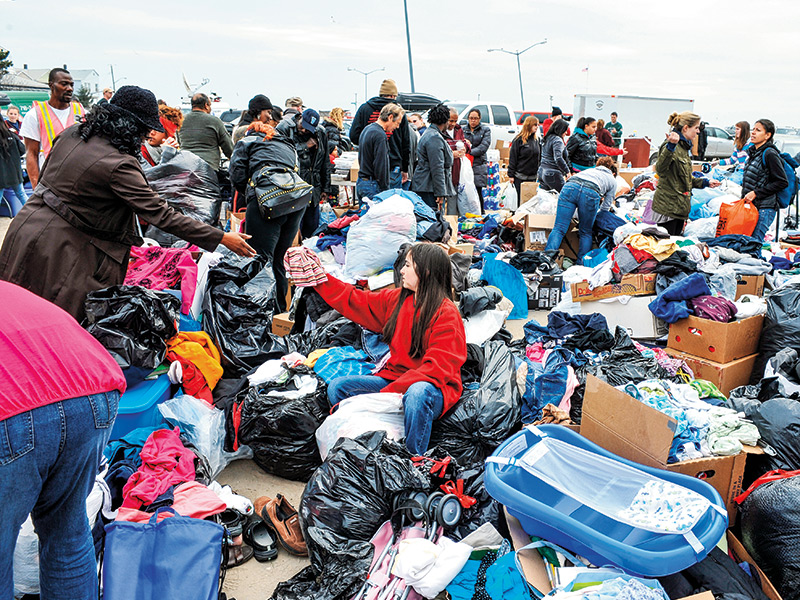 6 of 6
Photo by Shutterstock
Deadly Overflow: How to Survive a Massive Flood
Flooding can displace hundreds of thousands of people and often contaminates drinking water. 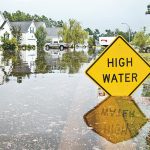 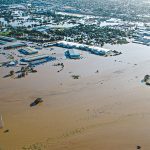 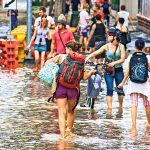 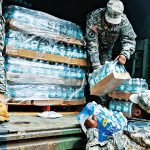 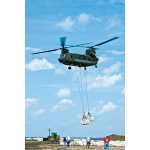 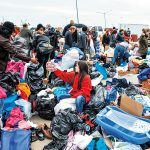 In August of 2005, Hurricane Katrina made landfall as a Category 3 storm near New Orleans, Louisiana. The resulting storm surge breached the levee system designed to protect New Orleans in 23 places, and resulted in the greatest engineering disaster in the history of the United States. Approximately 80 percent of New Orleans, much of which is naturally below sea level, was flooded, in places to a depth of 15 feet. As a result, 1,245 people died in the hurricane and its immediate aftermath.

Seven years later, Superstorm Sandy, the largest Atlantic hurricane ever documented, raked the eastern seaboard from Florida to Maine. When the floodwaters finally receded, 233 people were dead and the storm had wrought more than $71 billion in damage to 24 states. When the storm surge hit New York City, floodwaters inundated the subway system, streets and tunnels and cut power to the city.

Of all the calamities that might befall us, few are more destructive than a proper flood. Floodwaters rise as the result of excessive rainfall, precipitous snowpack, hurricane-related storm surges or devastating tsunamis following an offshore earthquake. Regardless of the impetus, however, little carries the wanton destruction of a massive flood.

While coastal areas are typically most at risk, flash floods resulting from heavy rains can strike even the most arid places. Record rainfall combined with unusually large snowmelt to flood vast areas from Illinois down to Louisiana in 2011. For the second time in 38 years, the Morganza Spillway had to be opened, flooding 4,800 square miles of rural Louisiana in order to save the cities of Baton Rouge and New Orleans.

Earthquake activity can occur most anyplace and has produced tsunamis that wipe vast areas of coastline clean. The tidal surge resulting from the 2004 Indian Ocean earthquake produced waves that were, in places, more than 100 feet high. These waves killed more than 230,000 people in 14 countries. This tsunami spawned from a profoundly powerful undersea earthquake—powerful enough to shift the entire planet about a centimeter—and ranks as the third deadliest natural disaster in human history.

In 1812, an earthquake produced what is known as a fluvial tsunami that caused the Mississippi River to flow backwards and subsequently form Reelfoot Lake in Tennessee. The 1812 earthquake measured 8.8 on the Richter scale. This quake was one of the largest temblors in all of human history, and it was centered in the midst of the American heartland. The death toll topped more than 1,000 people in a day when few structures extended past a single story. The bottom line is that, regardless of its cause, no one is truly safe from the extraordinary power of a flood.

As with most things, you should prepare in advance. In one of the more sordid episodes of the Katrina disaster, New Orleans Police Superintendent Eddie Compass ordered the confiscation of legally held firearms. More than 1,000 legally held weapons were illegally confiscated at the very time they were most needed. As a result of this travesty, Congress passed, and the president signed, the Disaster Recovery Personal Protection Act of 2006, ensuring that authorities may not confiscate lawfully owned firearms in a future emergency. Know your rights. If you are comfortable with the responsibility, and your circumstances might demand it, maintaining a firearm for personal protection is typically a good idea for those capable and responsible enough to do so safely in times of crisis.

Maintain a bug-out bag with equipment, food, water and medicines adequate to support your family for a modest period of time. Keep the bag up to date, rotate food and water for freshness, and make sure everyone in the family is familiar with its contents. This emergency gear needs to be useful, easily accessible and readily portable.

Floods in built-up urban areas can be particularly dangerous and demand special preparations. If your family works or goes to school a significant distance apart, it is a good idea to have a lost-communication plan that directs everyone to meet at an easily accessible landmark if disaster strikes and communications are down. Consider your own needs but also take into account the inevitable throngs of people who will not be prepared. This situation demands unique transportation and security considerations.

There are several companies that produce inflatable boats that can be stored (deflated) in small spaces and then made ready quickly should your family need to escape floodwaters. However, keep in mind that floodwater can be misleadingly dangerous. Staying out of it altogether is always better than attempting to traverse swollen tributaries.

Never drive a vehicle through flooded streets, and take great care walking through even shallow waters. The hydraulic force exerted under these circumstances can be deceptively strong. Hidden objects or debris can also be sufficiently jagged to cause a serious injury, making a bad day even worse.

Heed government evacuation instructions when crisis looms. During Katrina, 80 percent of the city’s residents escaped before the storm, but that still left thousands who had to be subjected to rescue and support efforts. Have an escape plan, plan primary and alternate routes in advance, and keep the gear, supplies and fuel handy to get out if needed. Keep in mind that gasoline has a finite shelf life and must be stabilized for long-term storage. Fuel stabilizer is available at any auto parts store. Also take into account children, the elderly and pets. Every self-reliant, prepared American is one fewer victim that must be rescued.

The danger does not necessarily recede with the floodwaters. Wild animals frequently take shelter in abandoned dwellings during a disaster and poisonous snakes, in particular, are an inevitable problem in the Deep South after a flood of any magnitude. Feral dogs can become a dangerous threat, and in urban areas the possibility of dangerous animals escaping from zoos is also a consideration.

Arguably the biggest threat in the aftermath of a flood, once basic necessities like food, water, shelter and security have been addressed, is disease. We take clean water for granted here in the United States, but floodwaters back up sewage systems and corrupt drinking water predictably and consistently. Be aware of government boil-water notices and follow them meticulously.

Maintain a supply of bottled drinking water at all times and rotate your stock to keep it fresh. The equipment to purify your own water from questionable sources is readily available. Drinking safe water helps protect against devastating diseases like cholera and giardia. Keep in mind that using questionable water for cleaning, washing food and household utility tasks can be just as dangerous as drinking it.

Tetanus immunizations are typically good for a decade, but it is easy to lose track. Keep immunization information written down and updated. Wounds incurred in an austere environment have a greater risk of infection, and illnesses that are fairly readily manageable in times of peace, like diabetes and hypertension, can become life threatening quickly in the absence of chronic medicines.

Most homeowner’s insurance policies do not cover flood damage and the federal government manages the National Flood Insurance Program for those living in flood-prone areas. Investigate the particulars in advance and keep an inventory of valuables in a safe place to use after the immediate crisis recedes. The time to find that your home was not covered is not when you are standing in your living room knee deep in mud.

A study in 2001 showed that 49 percent of New Orleans and the immediate surrounding areas actually lie below sea level, in places by as much as 10 to 12 feet. Following severe flooding from Hurricane Betsy in 1965, the U.S. Corps of Engineers designed and began construction on the current flood-control works. In 1965 this entire project was projected to require 13 years for completion. When Hurricane Katrina struck in 2005, the project was still not complete even 40 years after its inception.

As a result of Katrina, Army Corps of Engineers specialists visited the Netherlands to study the extensive Delta Works levee system there. The Netherlands has a unique history of reclaiming land from the sea and its expertise in this subject is considered state of the art.

This relationship resulted in a $150 million contract to a Dutch engineering firm for the evaluation, design and construction management of a new series of levees and floodwalls around the New Orleans area.

Since Katrina, the Army Corps of Engineers has invested $14.45 billion to produce hundreds of levee improvements, the Lake Borgne Surge Barrier, the longest such structure of its kind in the U.S., and the Seabrook Floodgate at the connection of Lake Pontchartrain and the Industrial Canal, as well as the world’s largest water pumping station. This pump station alone cost $1 billion and can pump 1 million gallons of water per minute. An entire freestanding cellular telephone system designed solely for use by government authorities has been erected across the South as well to ensure that communication remains intact in the face of the next big disaster.

In the aftermath of Superstorm Sandy, the Army Corps of Engineers invested large sums in the nourishment and replenishing of beaches swept away by the storm. Reconstructing these beaches allows the sand to act as a buffer between damaging waves and structures inland. Flood planning in New York City spans the spectrum from relatively miniscule to enormous.

Solar-powered streetlights in some parts of the city went up to ensure that the streets had light despite a power outage. Stony revetments on Coney Island Creek help prevent backdoor flooding after severe surges. The overall plan includes construction of seawalls, the retrofitting of buildings to make them more flood resistant and the redesign of subway tunnels, power stations, hospitals, sewage-treatment plants and the power transmission infrastructure to be better defended against floodwaters.

Expect the unexpected and plan for the worst. Whether you live in the rural backwoods or a Manhattan high rise, few Americans are truly immune to the effects of a major flood.

Consider the possible threats, prepare accordingly and realize that while you cannot prevent a natural disaster, you can be ready to face it head on with adequate gear and knowledge to keep you and your family safe from the storm. 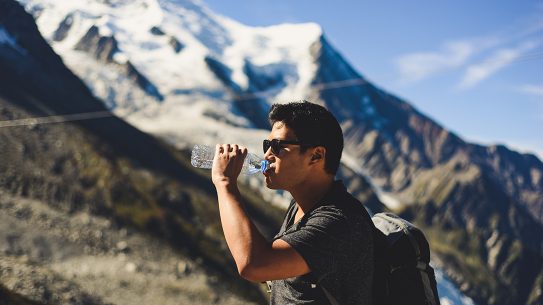 Survival Water: How Much H20 Do You Need to Survive the Backcountry?

Water is one of the most important survival elements you can have, so you...