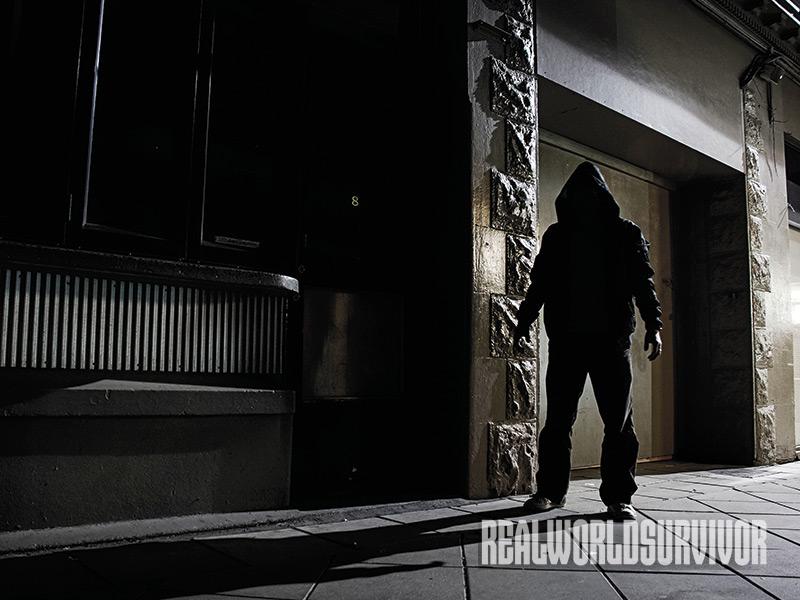 1 of 4
Photo by 123RF
Enemies Among Us: How to Disrupt a Future Terrorist Attack
Movies and TV shows are rife with bad guys, but they might not be so obvious in the real world. Pay attention at all times to avoid trouble. 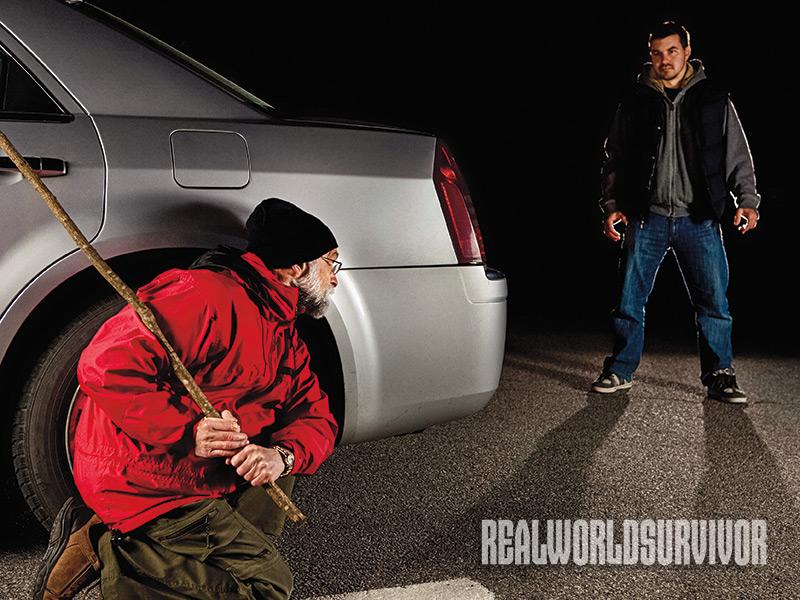 2 of 4
Photo by 123RF
Enemies Among Us: How to Disrupt a Future Terrorist Attack
Never park in a dark area, but if you must, be wary for hiding spots and those predators lurking in the shadows, waiting to pounce. 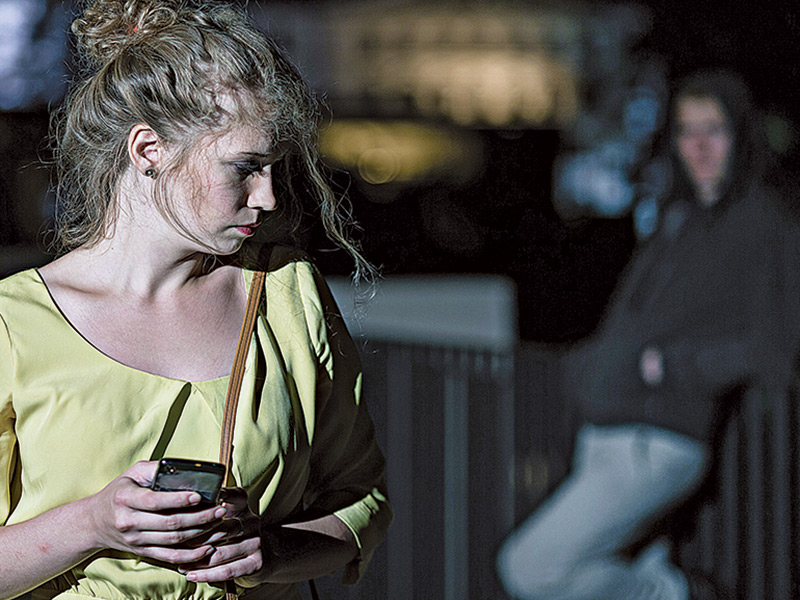 3 of 4
Photo by Big Stock
Enemies Among Us: How to Disrupt a Future Terrorist Attack
“Certain behaviors are more indicative of criminal acts than others, and if you are paying attention to those behaviors, it could be a lifesaver.” 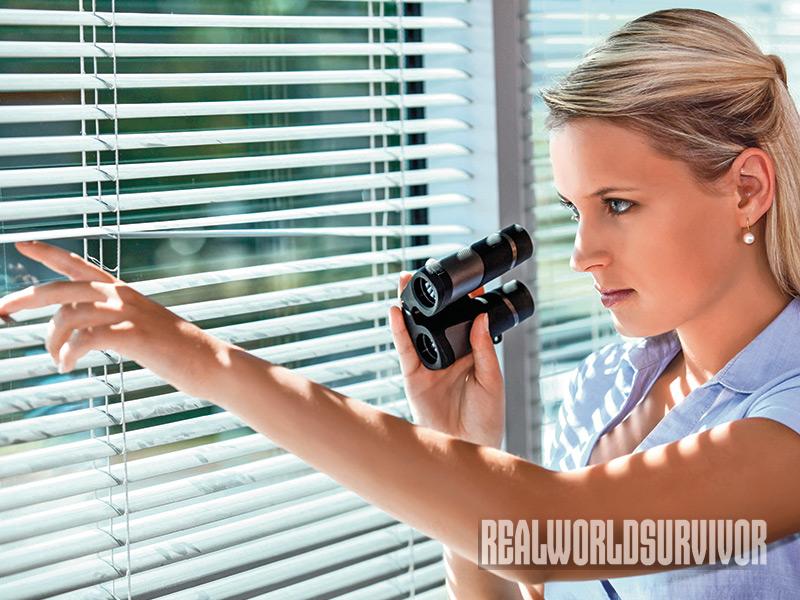 4 of 4
Enemies Among Us: How to Disrupt a Future Terrorist Attack 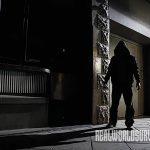 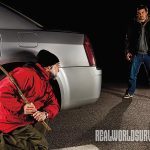 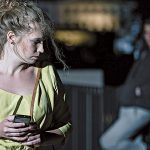 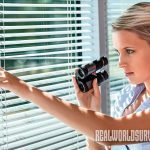 A small townhouse in Redlands, California, was very popular. It got deliveries at all hours, and the residents seemed to work in the garage all night long, when most people are usually asleep. Some of the neighbors thought it was strange, but no one thought it unusual enough to call the police and report this odd behavior.

One neighbor reportedly noticed this “suspicious activity” at the house but didn’t want to report the activity out of an unfounded fear. That fear materialized when its occupants conducted a terrorist attack and fatally shot 14 people and wounded dozens of others in San Bernardino, California. After the attack, investigators seized roughly 4,500 rounds of ammunition, 12 pipe-bomb-type devices and bomb-making tools, yet no one reported this suspicious activity. This was a tragedy that may have been averted had someone paid attention and took action.

Like anything in life, paying attention to your surroundings is a key to survival. Situational awareness at its core is being aware of things around you and identifying what’s out of place. Criminals of every swath use this well. They often identify their “prey” largely by targeting victims that aren’t paying attention and using good situational awareness. For instances, you shouldn’t jog off a trail at dusk. You should notice any cars parked in an unlit and lightly traveled area. And you shouldn’t ignore screams in the distance. All of these scenarios, if paid attention to early on, could be a key to avoiding or surviving any hazardous situation.

Bad guys are often portrayed in movies and TV shows as devious and in many cases hideous looking. The villain is often shown lurking in dark corners, pacing about like a caged animal waiting for something to pounce on. The movies often show the villain dressed in black or dark colors, and often with some type of fixation or mental issue.

While some of these traits might be part of a villain’s personality, it’s a mistake to believe that villains in the real world adhere to any stereotypes. In Ohio, Ariel Castro seemed normal. He drove a bus and lived in a regular neighborhood, in a two-story, four-bedroom home. From all outward appearances, he was “normal.” This “normal” guy was anything but, and from 2002 to 2004 he abducted and physically and sexually abused three young women. This villain confined Michelle Knight, Amanda Berry and Georgina DeJesus in a basement prison while the outside world saw nothing unusual. So, despite the stereotypes, seemingly “normal” people can easily be villains.

Pre-attack behavior comes in many forms, but it maintains some key patterns. Paying attention to these warning signs could save your life. All bad guys tend to stalk their prey in one form of another. Pre-attack surveillance allows them to identify a target, watch it to pick up on patterns, behavior, etc., and then strike when the opportunity is right. Telegraphing a target of opportunity versus being a hard target can mean the difference between bad guys choosing to target you or someone else. The less appealing you make yourself as a target, the lower your chances of a bad guy selecting you as prey.

As previously mentioned, bad guys tend to target their prey. This is also referred to as scanning. Someone who is scanning is usually moving their head from side to side while their eyes appear to be searching for something—usually their next target. Watching is the next step after scanning. This is when a bad guy has identified a target and then watches it to pick up on behavior patterns. This is where your situational awareness can help and alert you that someone might be watching you.

Once they have enough information, or if you catch them watching you, they may divert their gaze away from you. When a person is trying to mentally process a situation, it is difficult to multitask, and if they are staring at you and you interrupt their thought—the “gotcha moment”—it’s a natural reaction to divert your eyes from what you are looking at.

A bad guy will also go through some physiological changes just prior to attacking. One of these is someone exhibiting shallow and rapid breathing. This physiological anomaly is an indicator of stress and agitation—when the body is trying to oxygenate itself just prior to action. When adrenaline is coursing through an agitated person, their hands and feet might be trembling or shaking. This is another indication of a potential attacker in an agitated state. A potential attacker may also start to assume an attack-like position, often an involuntary action of the body.

One of the first steps to avoiding an attack is to be aware. As indicated before, situational awareness of your surroundings and the people around you can be the most effective way to avoid walking into trouble. Picking up on what many people consider strange behavior could be a key that helps you survive. When in doubt, listen to your internal voice.

Planning in life is always important, and even more so when it comes to life-and-death situations. Whenever you walk into any situation, your mind should be examining “what-if” scenarios. Looking at your present situation, you should be asking yourself what you would do if “X,” “Y” or “Z” happens. Where are the escape routes? Where can you hide? Questions like these, thought out ahead of time, may become muscle memory if something bad actually happens.

What all of this amounts to is keying on specific behaviors of people. Certain behaviors are more indicative of criminal acts than others, and if you are paying attention to those behaviors, it could be a lifesaver. Like the public service message says, if you see something, say something. In almost every incident of victim crime that occurs, in its aftermath someone says, “I thought that looked suspicious.” But, just like in the San Bernardino attack last year, people are reluctant to say something out of often unfounded fears.

Police across the United States have a mission to keep you safe. Arguably, keeping someone safe or protecting them from harm is the part of the job that keeps them going. The police never mind a call to report something or someone suspicious. In many cases, the mere presence of police may thwart a bad thing from happening.

At the entrance to the Stade de France in Paris, the magnetometers and uniformed security did just that—they kept the suicide bombers outside the stadium. Those uniformed security arguably saved many lives by their mere presence. Despite the anti-police rhetoric that some mistakenly believe, when danger lurks, the most important thing you can do is call the police quickly and let them investigate the matter.

Tragedy can strike at a moment’s notice. While you may not be able to avoid a bad situation, and since bad guys don’t always look like they do in the movies, the key to surviving any bad situation is to assess, respond and react.

Being forced to leave home during an emergency is scary enough, but you can...