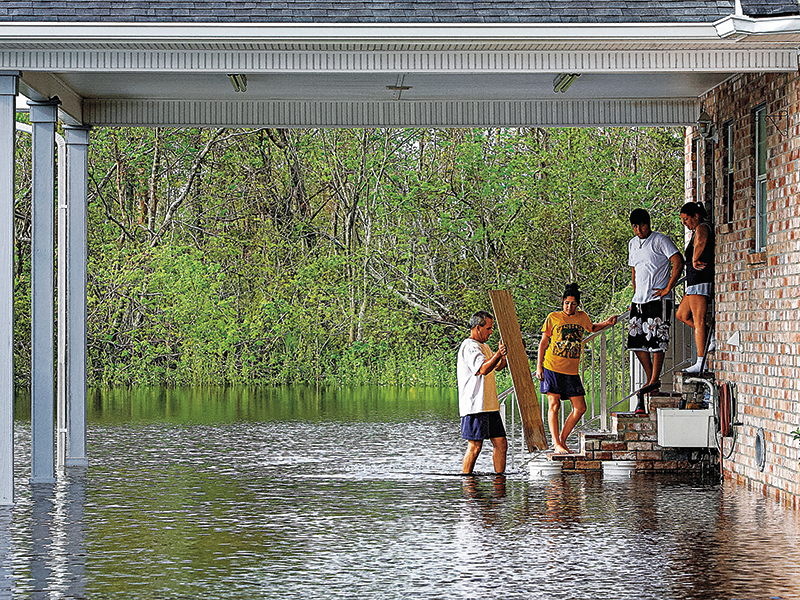 1 of 7
Photo by Getty Images
Should You Seek Shelter or Bug-Out During A Crisis?
While you might think of your home as an impenetrable fortress, Mother Nature can quickly prove otherwise. 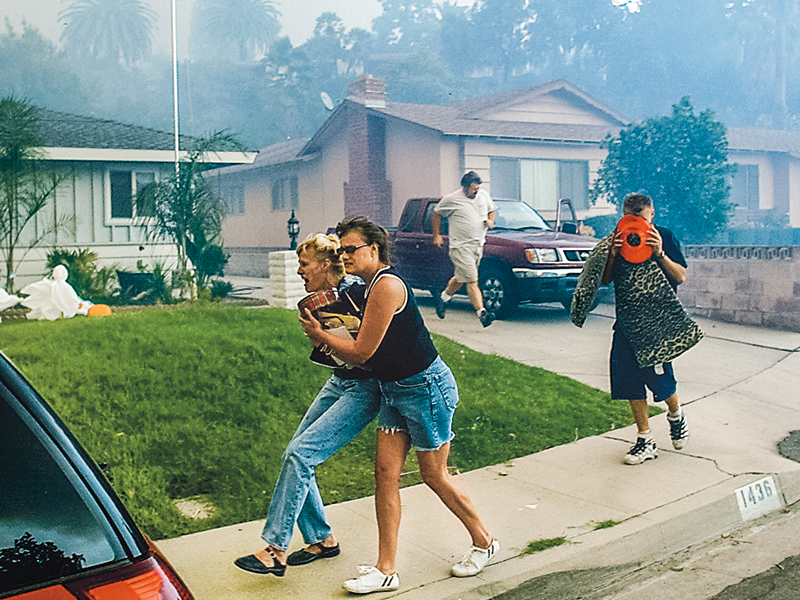 2 of 7
Photo by Getty Images
Should You Seek Shelter or Bug-Out During A Crisis?
As hard as it might be to leave your home behind, you must listen to officials when mandatory evacuation orders are issued for safety. 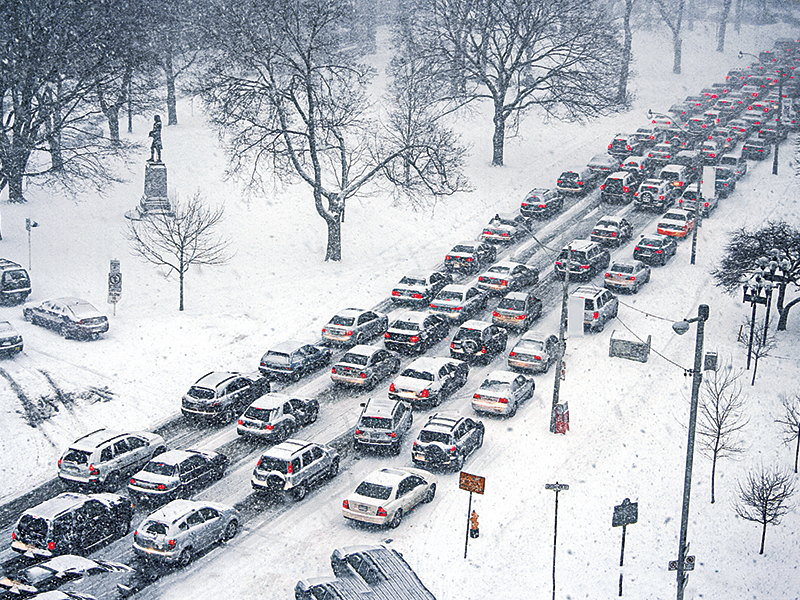 3 of 7
Photo by Fotolia
Should You Seek Shelter or Bug-Out During A Crisis?
Decide sooner rather than later whether to leave your domicle or shelter in place. Waiting until the last minute could cause more harm than good. 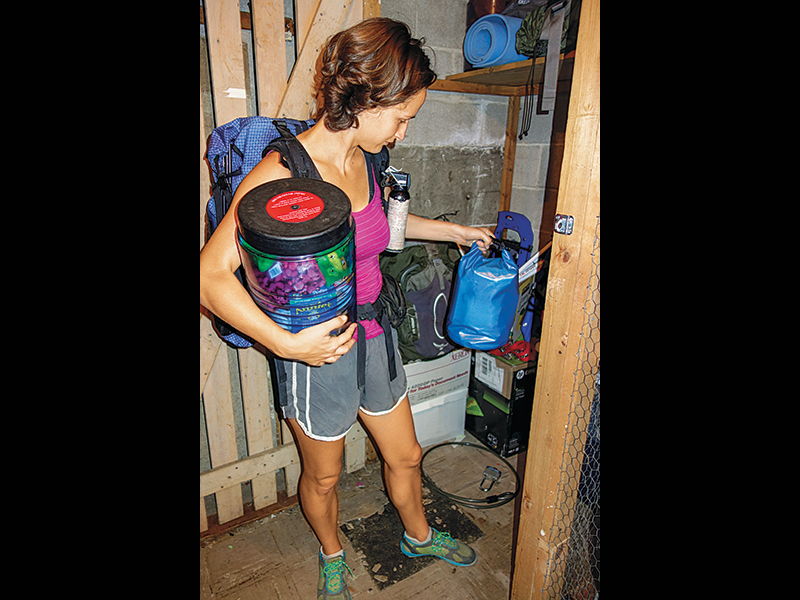 4 of 7
Photo by Deanna Davis
Should You Seek Shelter or Bug-Out During A Crisis?
Can you move your survival supplies in a hurry in the event of an emergency? While it’s important to stock up on food and other gear, your home or safe zone might become compromised. 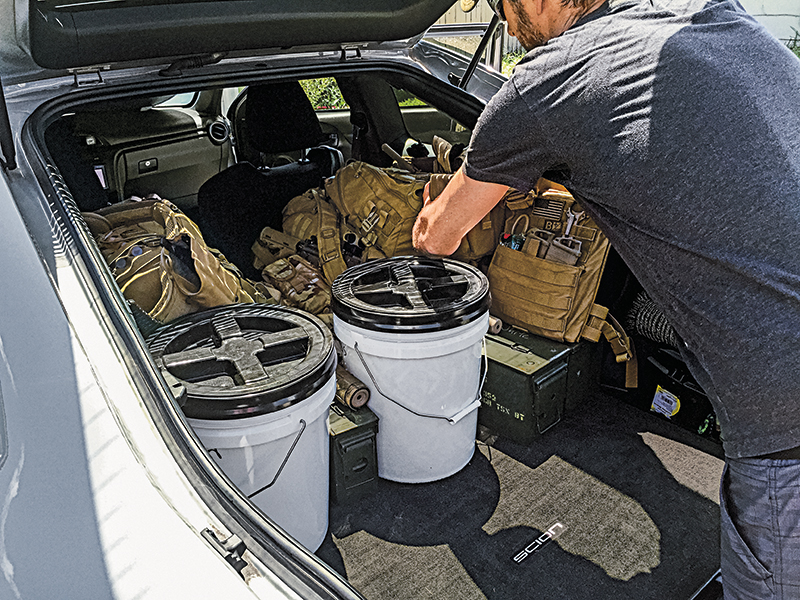 5 of 7
Photo by Ben Sweep
Should You Seek Shelter or Bug-Out During A Crisis?
Keeping it all in easy-to-carry, watertight containers will make it much easier to bug-out quickly. 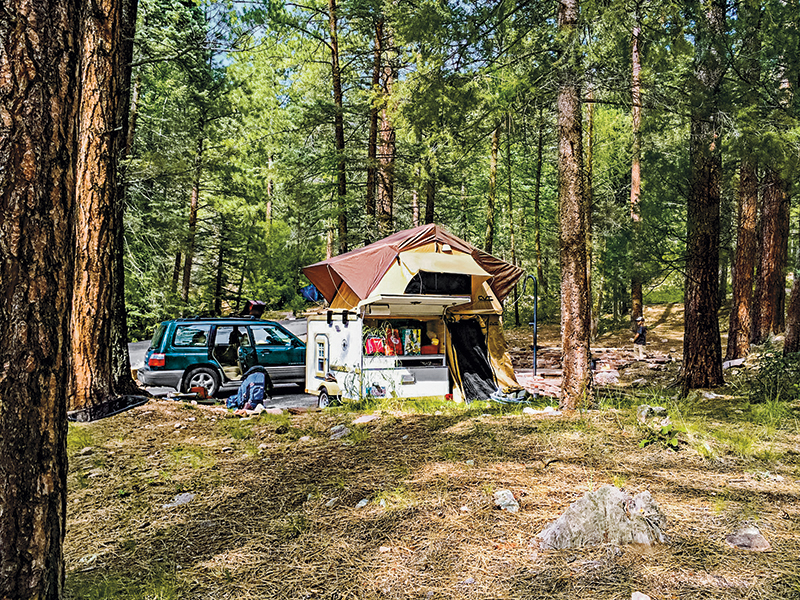 6 of 7
Photo by Cascadia Vehicle Tents
Should You Seek Shelter or Bug-Out During A Crisis?
Several companies offer bug-out-ready trailers that can carry all of your gear without slowing you down. 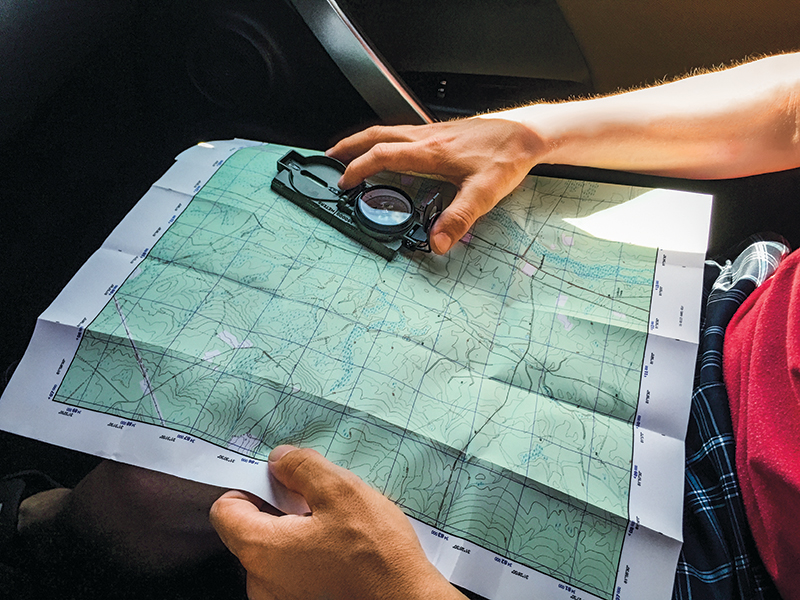 7 of 7
Photo by Ben Sweep
Should You Seek Shelter or Bug-Out During A Crisis?
It’s important to be able to navigate to your secondary location without any electronic devices like a GPS. 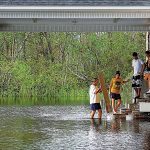 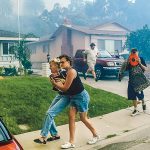 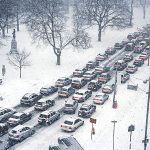 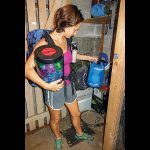 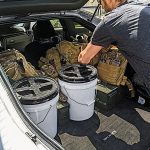 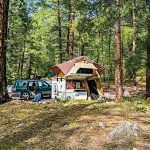 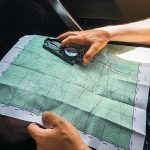 Your ability to shelter in place or bug out will depend on several factors, including the severity of the crisis at hand and the impact that the crisis has on other locations throughout the United States and the world. The location where you live or take shelter can also make it easier or harder to survive during a mega crisis. In other words, even if you live in a well-equipped fortress, you could still find it difficult or even impossible to survive from day to day when chaos reigns supreme. When this happens, you may have no choice but to relocate in order to survive.

Whether you shelter in place or you are compelled to relocate to a safe zone, you must be as well equipped as possible, which includes possessing items that will have value in a bartering economy when credit cards and paper currency are no longer accepted as valid monetary instruments. The time to properly maintain your vehicle and purchase camping supplies, food with a long shelf life, bottled water, medication, medical supplies, the proper clothing, the proper footwear, edged weapons as well as lawfully possessed firearms and ammunition is before a widespread crisis occurs. 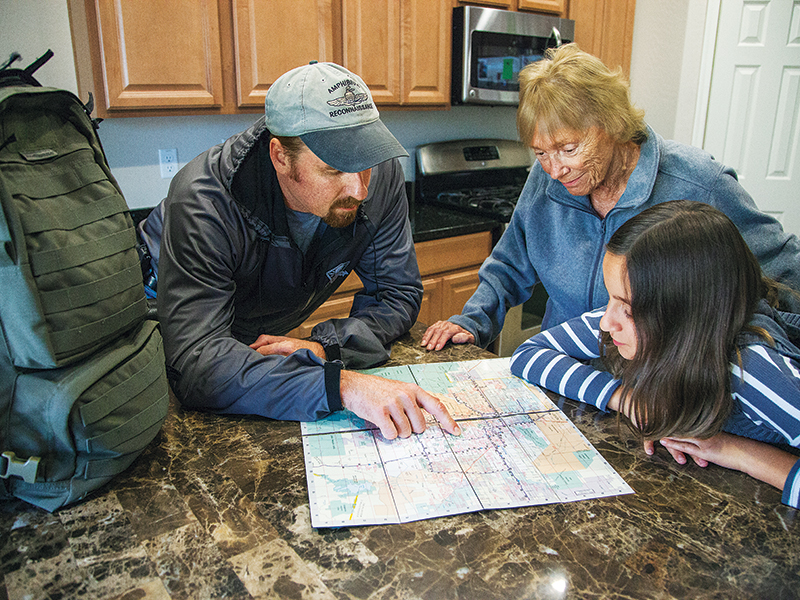 If you are able to survive in place in a lightly populated community or in a more rural location in a home that is equipped with a wood-burning stove, it will not be as difficult to cope with a seriously damaged or destroyed power grid compared to those who lack this capability. Living in a section of the country that has moderate to mild winters will also enable you to fair better than those who live in harsher climates if you ever lose the ability to heat your homes or places of business using electricity, natural gas or propane.

It will also be easier to survive or shelter in place when the economy crashes or the grid goes down if you reside in a location where you can grow your own food, harvest wild game and fish, and have access to nearby farms and ranches. Living in a home that can operate on solar energy when the grid goes down, to include having a solar-powered well or access to some other source of fresh water, can also make it easier to survive in place.

Your ability to survive under any circumstances will become even more challenging when the crisis at hand results in widespread looting and a general breakdown in law and order, out-of-control fires, a lack of sanitation services, problems disposing of dead bodies and the spread of disease. Any number of large-scale emergencies, including a major economic crisis, can also impede or eliminate your ability to maintain anything close to the normal distribution of goods and services. Should this happen, you will have to deal with shortages or a lack of the critical necessities in life. You may also have to decide if remaining employed in any location that is unsafe or unable to support life causes an unacceptable risk to you and your loved ones.

The influx of migrating survivors who are forced to take refuge in the place that you call home can also negatively impact your ability to survive. In fact, even the deployment of the National Guard and or the U.S. armed forces may not be enough to augment local services and maintain order during certain extreme emergencies. Another concern involves the ripple effect that can take place when a large-scale crisis occurs elsewhere but eventually impacts the place that you call home.

In certain extreme situations, the authorities could lock down a city and force you to shelter in place for a period of time. If you think this cannot happen, you need to remember what occurred in April of 2013 when two terrorists caused law enforcement authorities to direct the citizens in the Boston area to shelter in place and not congregate in groups, while they searched for the suspects in the bombing of the Boston Marathon.

During a large-scale crisis, FEMA and other emergency management agencies may also have to implement the concept of triage in order to provide substantial assistance to the locations that offer the best chance of jump-starting the recovery process. This form of triage is a double-edged sword that can provide for certain communities while intentionally deciding not to “waste” limited assets or resources on other locations for various reasons.

Whenever you are compelled to travel to a safe zone, you have to be prepared to cope with all kinds of potential difficulties, danger and adversity when you relocate during certain types of extreme emergencies. If different forms of infrastructure are damaged or destroyed, travel to a safe zone will be impaired in direct proportion to the level of damage.

During certain survival situations, urban areas will have to be avoided when outbreaks of lawlessness and out-of-control fires consume densely populated locations. Traveling to a safe zone can also become a life-threatening situation if you are confronted by highway bandits and other armed adversaries. Severe weather conditions can also delay or prevent you from making your way to a safe zone.

Out-of-control urban and wilderness fires, earthquake damage as well as volcanic eruptions can block or limit escape routes, limit visibility, impair breathing and ground aircraft. During other catastrophic events, different forms of travel, including air travel, could be curtailed or shut down. Other large-scale emergencies can also limit the number of safe zones. A pandemic, for example, could restrict travel and close borders. A terrorist attack or even a world war could force you to remain stranded in a strange city or in a foreign country. Remember, if this happened before it can happen again.

You could also exhaust the bulk or all of your supplies in order to travel to a particular safe zone only to learn once you arrive that you need to move on and find another location to call home. In fact, in the absolute worst-case scenario, don’t be surprised if cities, towns and smaller communities establish road blocks around their perimeter and restrict access to their jurisdictions for various reasons. Should this occur, you might be able to gain access to these restricted areas if you have special talents that are needed in any community that is trying to survive in difficult times.

While this article is not intended to give you legal advice, from a layman’s perspective, the concept of “exigent circumstances”  is likely to be the one legitimate defense that you may have for trespassing, occupying or taking possession of any property, supplies or equipment that is used to protect and save human life during a crisis. However, just because you believe that exigent circumstances justifies your decision to seek refuge in abandoned or damaged buildings, or take possession of lifesaving supplies during a crisis, it does not mean that others, including government officials, will agree with your actions. Even during an apocalyptic-style event, other survivors can challenge your decision to use exigent circumstances as a valid reason for the actions that you take. My advice is to proceed with caution.

The best way to prepare to relocate to a safe zone is to begin scouting a primary and secondary location that you can access in different situations, all while using less than a full tank of fuel. You also need to plan for the possibility of successfully evacuating to a safe zone by other means, including on foot. However, before you travel in difficult and dangerous times, understand that in certain situations you may be better off remaining in a city that has been deserted/depopulated than end up in an overcrowded safe zone, so chose wisely.

Regardless, you will need to be prepared to survive in a familiar location, in an unfamiliar location or while living a nomadic lifestyle. This means that you need to be capable of surviving in place while also being equally prepared to relocate at a moment’s notice. To do otherwise would be foolish and irresponsible. 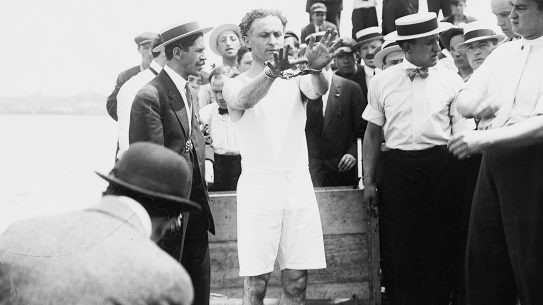 Harry Houdini is a household name, known for his elaborate and daring escape illusions,...