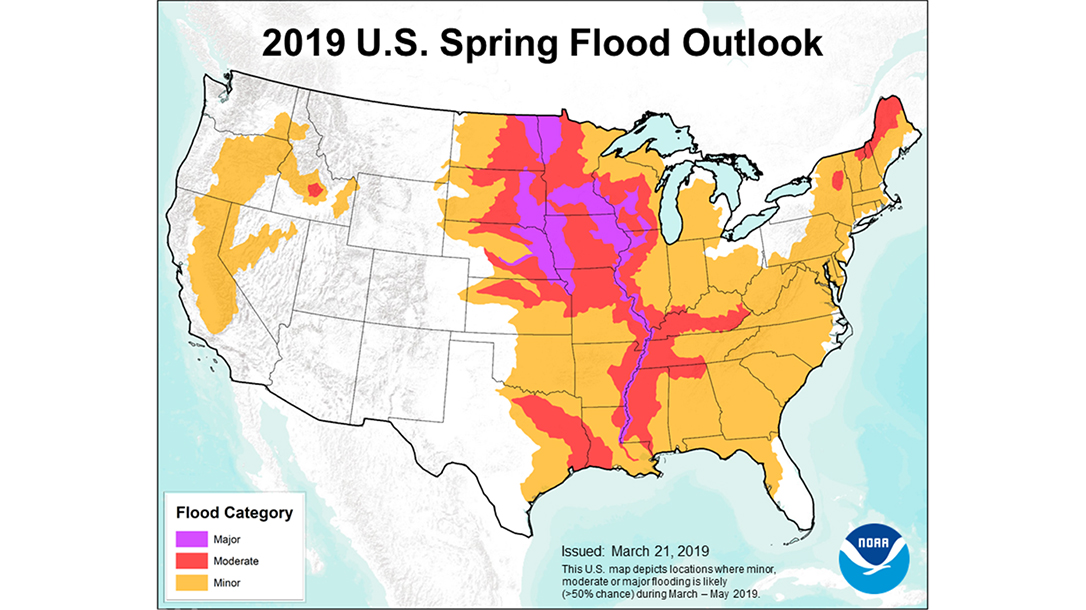 Photo by NOAA
This map depicts the locations where there is a greater than 50-percent chance of major, moderate or minor flooding during March through May, 2019.
Comment(s)

The National Weather Service issued its annual spring flood outlook, and it isn’t good. By the end of May, parts of 25 states could see flooding severe enough to cause damage. Flooding in the MIdwest hasn’t been this severe in years.

The report suggests that nearly very major body of water east of the Rockies is at elevated risk of flooding.  This includes the Mississippi, the Red River of the North, the Great Lakes, the eastern Missouri River, the lower Ohio, the lower Cumberland, and the Tennessee River basins. 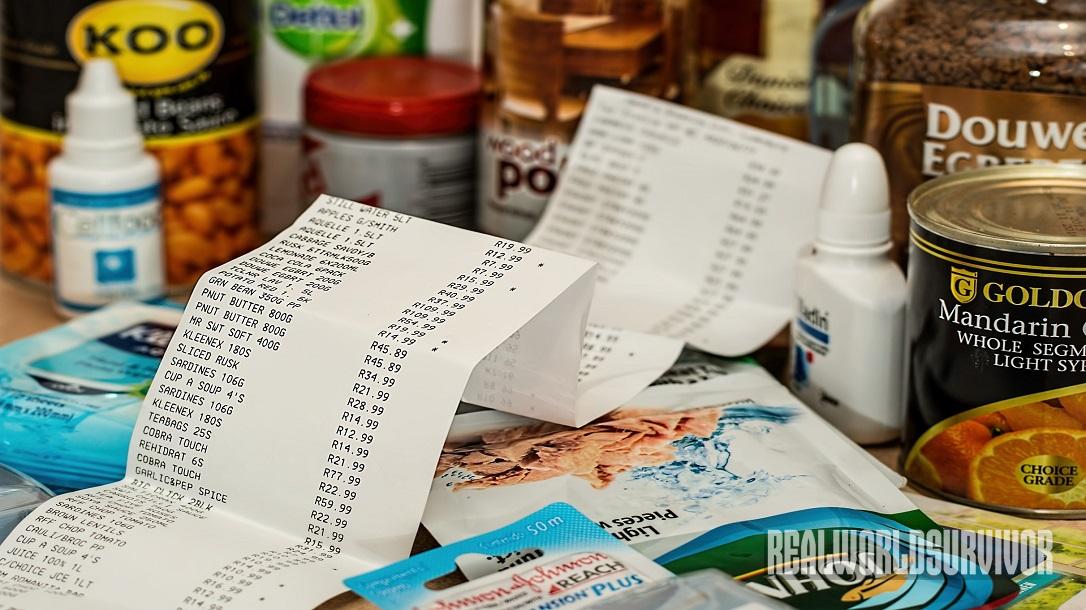 Food Storage Solutions for the Historic Agricultural Flooding of 2019

“This is shaping up to be a potentially unprecedented flood season, with more than 200 million people at risk for flooding in their communities,” said Ed Clark, director of NOAA’s National Water Center, in a press release. That represents 60 percent of all Americans.

Flooding in the Midwest

Across the Midwest, floods from severe Spring storms have already caused an estimated $3 billion in damages. This total that will certainly rise. Extremely heavy snowfall in the upper Midwest this winter, combined with a forecast for a wetter-than-normal spring, means higher-than-normal water levels.

Soil moisture levels east of the Rockies is above the 99th percentile. When the ground is this saturated, there’s nowhere for water to go but into streams and rivers. These will easily overflow into low farm land.

For example, flood-protection infrastructure in Nebraska has been overwhelmed by record-setting rain. According to the report, every levee on the Missouri River between Omaha and Kansas City has been breached in the last week. “I don’t think there’s ever been a disaster this widespread in Nebraska,” said Governor Pete Ricketts.

Several states have declared a state of emergency. President Trump has approved a federal disaster declaration for Nebraska. A similar one is pending for Iowa. 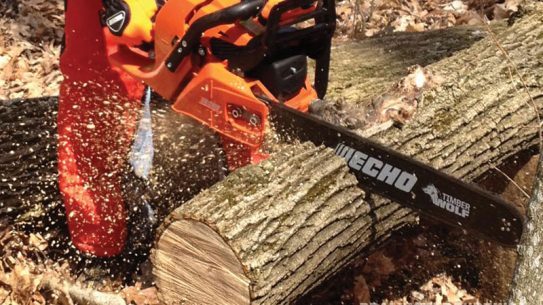 8 Things You Need To Consider Before Buying A Used Saw

Starting a firewood business begins with buying the right equipment. This means have a...